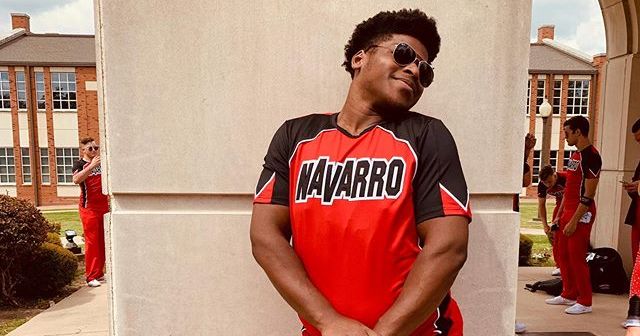 Everybody's favourite Navarro cheerleader from hit Netflix documentary Cheer, Jerry Harris, is going to be interviewing stars on the red carpet of the Oscars tonight.

Jerry is well known for his iconic mat talk, where he hypes up teammates in the loudest, most high pitched way possible, and now he's bringing it to the Oscars.

His interviewer status is thanks to Ellen DeGeneres, who he'll be accompanying to the Oscars. But to be honest we all know only one person can mat talk as good as Jerry, and that's Jerry.

This was all a big surprise courtesy of Ellen, known for her wild surprises and gifts for guests. Monica broke the news to Jerry two weeks ago, and filmed his reaction. How he responds is the most adorable and quintessentially Jerry thing ever.

We told @jerry.h.arris from #CheerNetflix that he was going to be our red carpet correspondent at the #Oscars. His reaction was priceless.

Jerry will be interviewing actors at the 2020 Academy Awards tonight, on Sunday 9th Feb. The red carpet coverage begins at 6.30pm Los Angeles time, which means it's 2.30am GMT.

Unless you're basically nocturnal, you're going to have to wait until you wake up to watch Jerry interacting with all the red carpet stars. Or, force yourself to stay up just so you can be in the moment. And for Jerry, that is a price I am willing to pay.