Sophie and Wallace think Mike is playing a game

Sophie and Wallace were voted out of the villa this weekend. In their exit interviews they were both asked who they thought was playing a game. Wallace said: “Mike for sure.” Sophie said: “The only tiny game player would be Mike because some of his moves don’t add up, but I’m sure he doesn’t mean anything maliciously.”

Sophie added: “I feel like some of the stuff he is doing doesn’t add up. He said he had all these feelings for Leanne and then switched it off straight away and moved onto Jess. I don’t know if he’s playing a game or not. I feel like when things did break off with Leanne, he was scrambling and thinking ‘I need to be in a couple, I need to have a connection in here.’ It worked because I feel like I left on the terms of him having a connection in the villa. None of the Islanders would have wanted to break that up because he and Jess had just had a kiss.”

Wes wants to get married to Arabella

In an interview, Love Island 2018’s Wes Nelson has said he wants to marry his girlfriend, Love Island 2019’s Arabella Chi. He told CapitalXtra: “In the future for sure. We’re not rushing anything. We’re going at our own pace, and that’s why I think it’s been so successful. We’ve just chilled.”

He added: “You know what it is, we’re just happy, genuinely really really happy, just smiling all the time. I don’t think we’ve had an argument where we’ve been angry at each other.”

He was then asked if Arabella was “the one”, and he replied: “Of course it’s a yes, I don’t get into relationships if I’m not looking for a long-term and forever. The thing about Arabella is we not only work well as a couple, we work well as a working couple”. 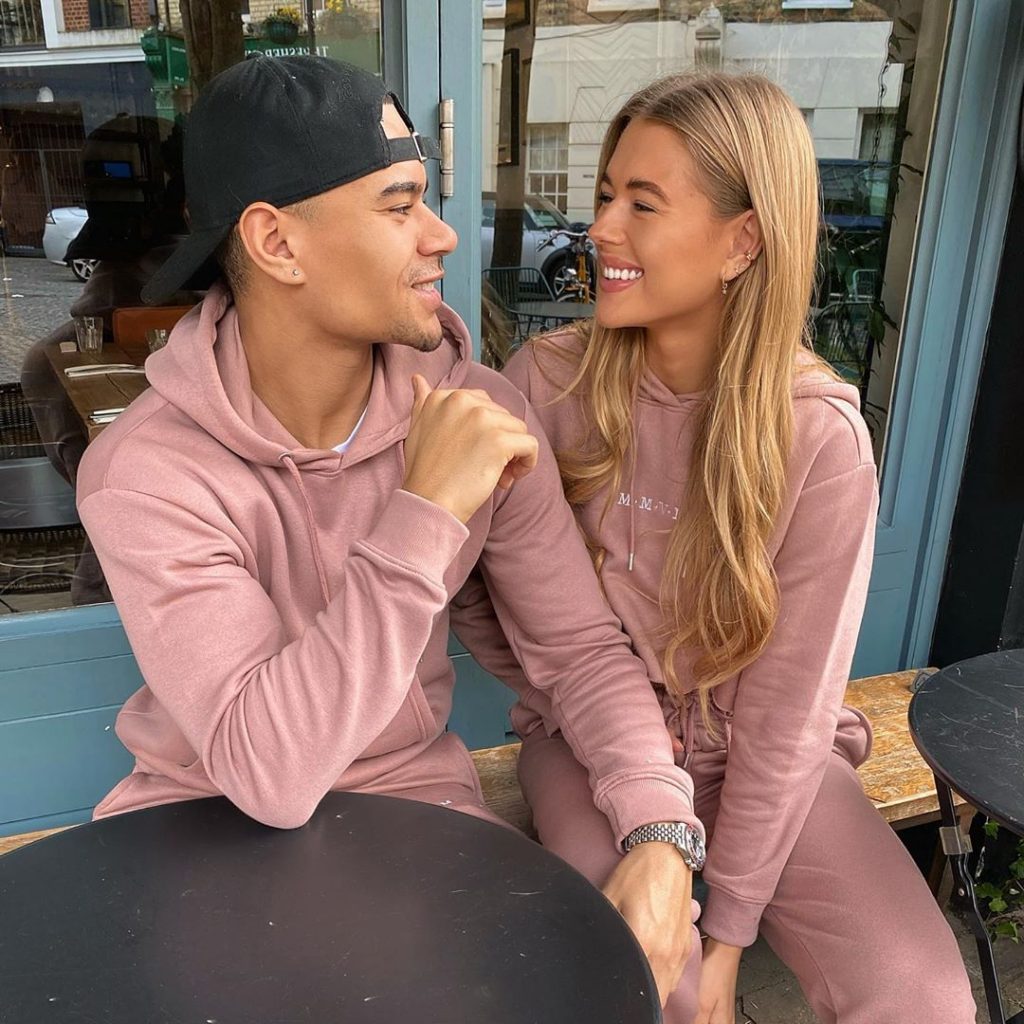 Demi is the bookies favourite to win

According to OddsChecker, a site which ranks all Bookies across the UK, Demi is the “top woman” to place bets on to win winter Love Island 2020. And tbh, nothing would make me happier than seeing her and Nas split the £50k and live happily ever after. 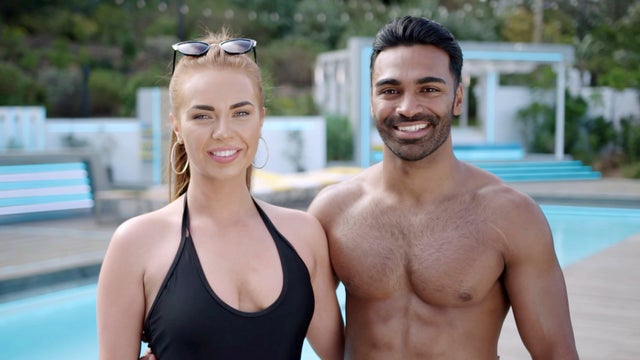 Sophie and Connor are planning dates together?!

We were all lowkey expecting Sophie to leave with Connor when he was voted out. So when she stayed it looked as though it could have been the end of them both. But in her exit interview Sophie has said she wants to go on dates with him. She said: “It would be nice to think we can pick up where we left off. It’d be starting from the beginning and going on dates. I always love a dinner date, so I’d like to see him and go for dinner and drinks, that’d be ideal.

“I can’t wait to see Connor when I get back, it would be nice to go on a few dates and see what happens. I am very nervous to speak to him. I keep thinking, ‘Will he even answer a DM?’ because I don’t have his number! I am so excited to speak to him and see him.”

Shaughna was on Celebs Go Dating with Sam Thompson

Love Island wasn’t the first time Shaughna has been on reality TV trying to find love. She was on Celebs Go Dating last year, where she had an awkward encounter with Made in Chelsea’s Sam Thompson at a mixer. 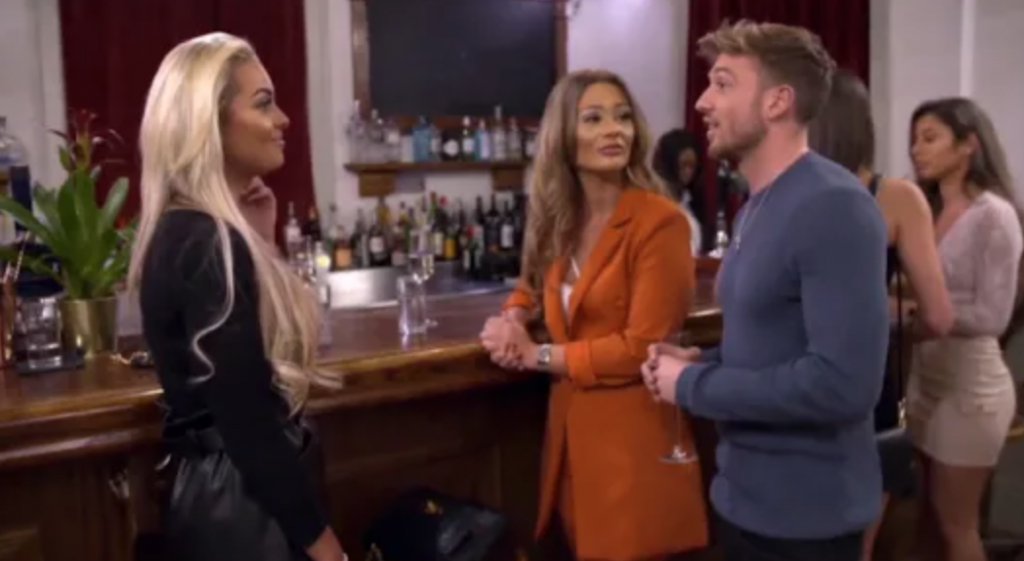 Firstly Sam pretended he was a TV presenter and started up conversation with Shaughna and another girl by saying: “Hello, we are live from London”. He then said: “Really bad flirting from me”, and asked Shaughna what she does for a living. She told him she works as a fire safety officer, and Sam said: “We all need safety. No one needs fire. Unless, the good fire.” Shaughna was confused, and so am I.

The actual Margot Robbie has been downing shots with the cast

So it turns out Margot Robbie, as in Hollywood superstar actress Margot Robbie, is a Love Island superfan. She met ex-Islanders Lucie Donlan, Jordan Hames and Michael Griffiths at the London premiere of Birds of Prey: And the Fantabulous Emancipation Of One Harley Quinn. She was fangirling over them, taking selfies with them and then they all went to the afterparty and downed shots together. 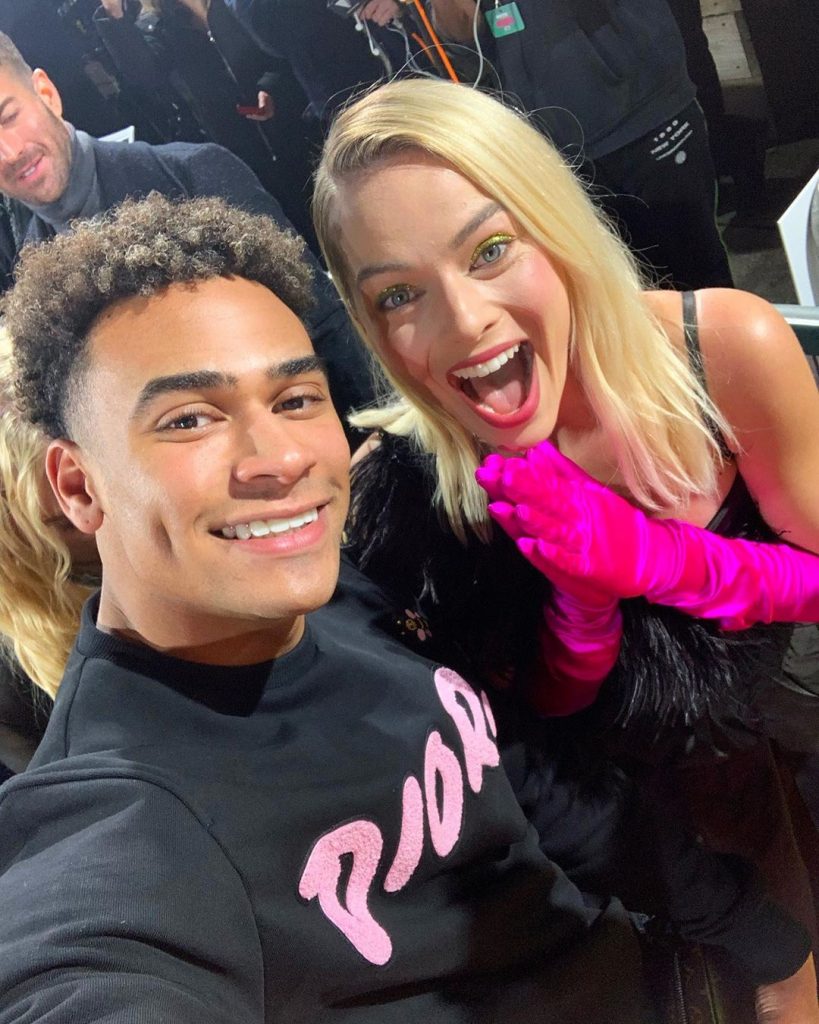 Is this real life?

Luke M’s ex has called him a ‘lying rat’

IT graduate and model, Chloe Ephraim, has some pretty harsh words about Luke M. She says she met him in Turkey when she was 18, thinking he was Justin Bieber. He then led her on for FIVE YEARS and was talking to her just days before he went on Love Island. She said finding out he was going on the show made her feel sick. 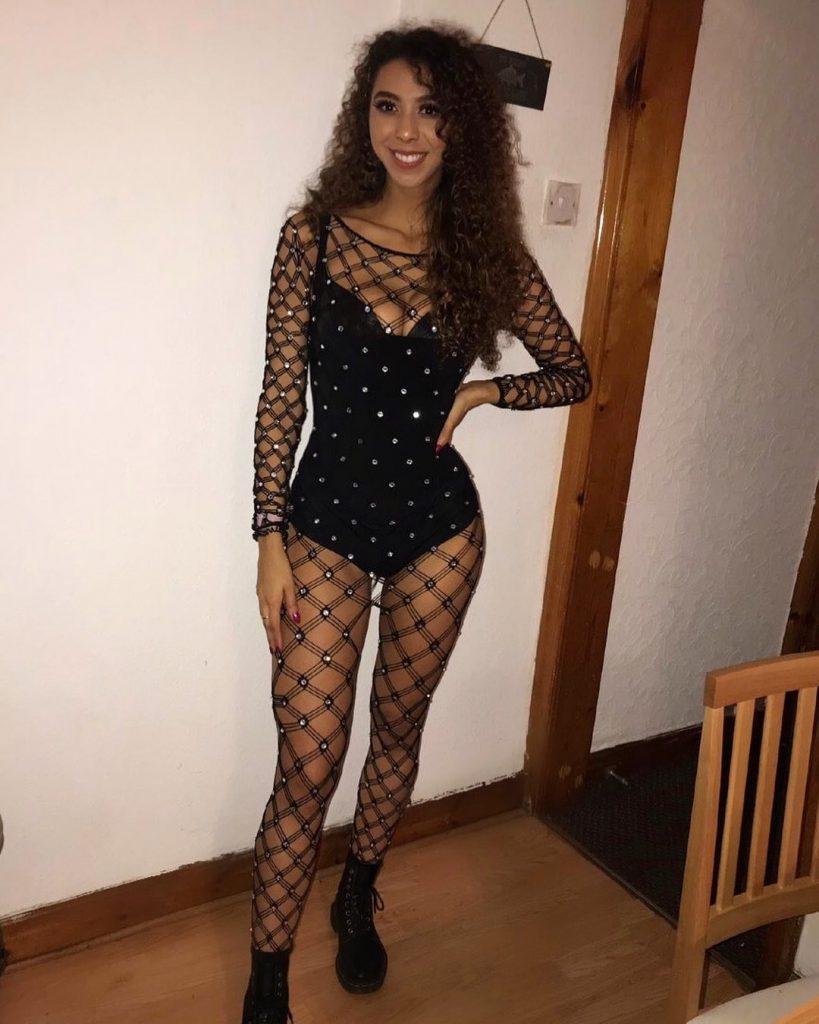 Chloe told the Sun: “I’ve felt so sick ever since I found out. I was speaking to him four days before he appeared on the show. We were planning for me to go down and visit him for a whole weekend. He started pursuing me again just after Christmas and he must have known that he was going on the show then.

“He didn’t say anything. He just led me on and I was planning to go stay with him for the whole weekend. I had to hear that he’d gone on the show from my friend who I had been telling the night before how much I was looking forward to seeing him. I feel like an idiot.”

She said they exchanged explicit messages, but were never in a proper relationship because of distance. Chloe added: “I didn’t think he was a player and that’s why I liked him. But it makes sense as he used to send me intimate photos which already had captions on that he must have sent to other girls. I never said anything because I wanted to believe the best of him. My friend also found him on Tinder during a night out in Newcastle but I tried to brush it off. We’ve been sending flirty text messages for five years and obviously I thought something was going to happen with us as he kept coming back to me. He’d stop talking to me when he got another girlfriend but would always restart with me and I put up with it.”

Ellie Brown had a wild 2018 Love Island journey. She came in with Zara, kissed Dr Alex, dumped him, had a huge fight with Georgia Steel and left with Charlie Brake. But she says some of the dramatic scenes she was in, particularly where she called Georgia an “ugly cunt” after Georgia denied kissing Jack Fowler, were edited to make her look bitchy.

She told the Sun: “I didn’t really like how I was portrayed in Love Island. I don’t feel like a true representation of what I am really like was shown. They made me look a bit bitchy. I got caught up in a few situations in the villa and I was defending friends but the way they did it made me look like I was getting involved in situations I shouldn’t have, and that wasn’t the case. I was sticking up for Laura who was crying her eyes out.” 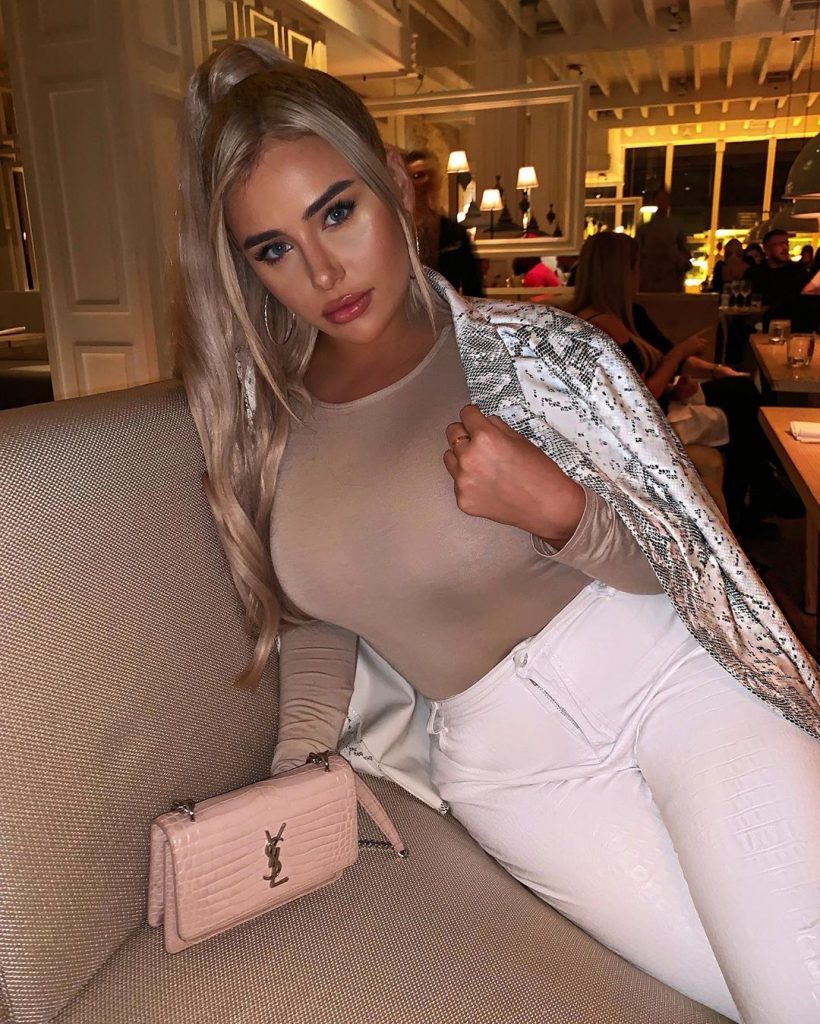 Jordan Hames is dating Vanessa from Dancing on Ice

Remember when Wes went on Dancing on Ice and Megan Barton-Hanson went IN on his partner Vanessa Bauer? Then Megan and Wes ended up breaking up? Well Vanessa is back, and this time she actually is dating a Love Islander – Jordan Hames.

The pair left the NTAs holding hands and were pictured getting into a taxi together. An onlooker told the Daily Mail: “Vanessa and Jordan left the event holding hands – it was obvious to those around them that they’ve been seeing each other for a while.”

Another source added: “Jordan has been coming down to Dancing On Ice every week to support Maura, which is where he’s also got to know Vanessa. Mutual friends say they’re the perfect match and are smitten – though it’s definitely still early days.”