My favourite is Josh x

Love Island has been guilty of blowing its load a bit early with all its best challenges already done and dusted, but there’s one ace in the hole left, and it’s Casa Amor.

This week, the boys and girls will be divided between different villas and have their loyalties tested by even more unreasonably fit models producers have picked from the claw machine of influencers that is the Love Island casting process. I, for one, can’t wait.

Look let’s not mess about. You’re here for the pics and here they are:

This is the winter Love Island Casa Amor cast 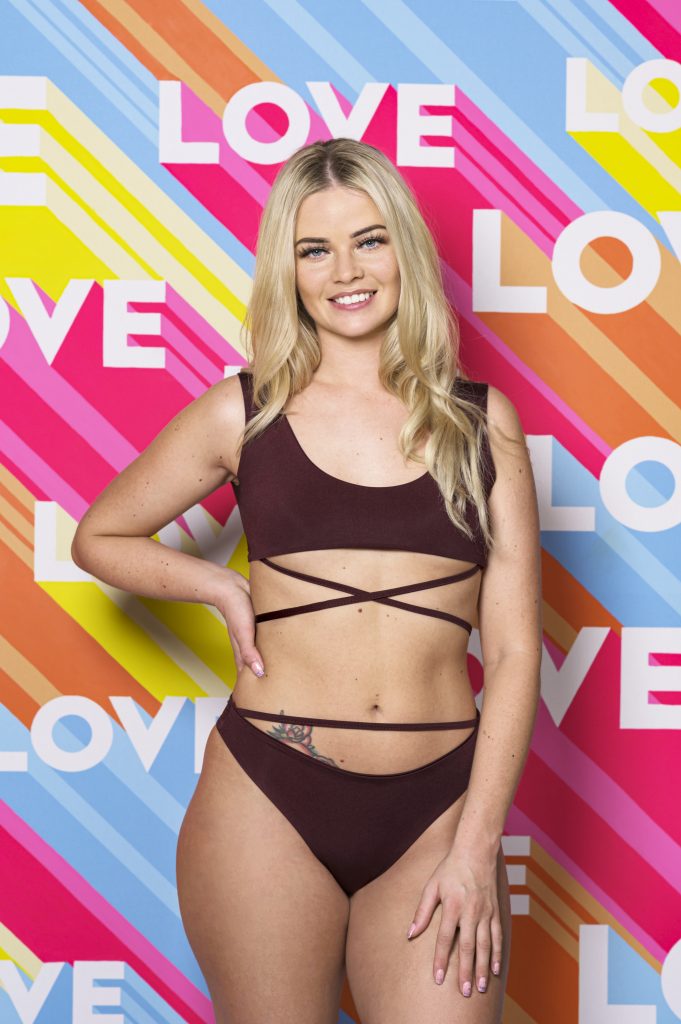 Bio: ‘Fun, fit and feisty’ Jade describes herself as an eight out of 10 and wants a man with nice teeth who makes her laugh. She can weld! (!!)

Immediate observations: Jade is a fan of repetition, describing herself as fun and feisty in two separate occasions in the press release and saying her ideal man isn’t just funny but also makes her laugh. I do not have high hopes for Jade’s chat.

Who does she have her eye on? Luke M, Finnley, and Callum. 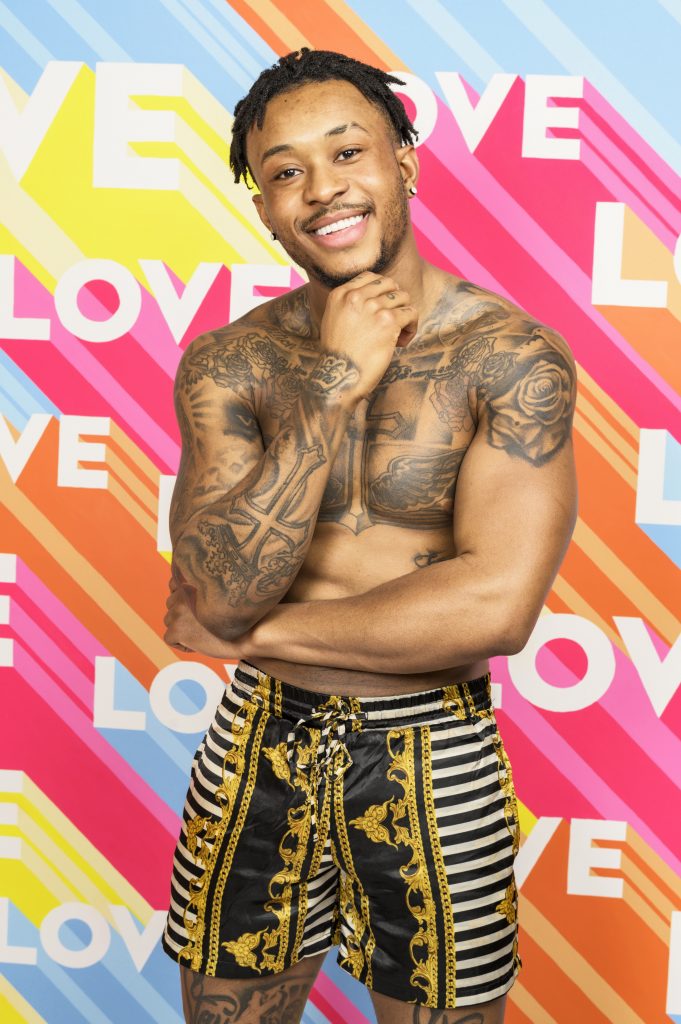 Bio: ‘Goofy, funny, and sexy’ Biggs is the oldest new Islander who likes going out and getting drunk. Sharon Osbourne is his celebrity crush and he’s not afraid to step on anyone’s toes.

Immediate observations: I have a lot of respect for men who rate their arse as their best feature, which Biggs does.

Who does he have his eye on? Sophie, Rebecca, and Jess. 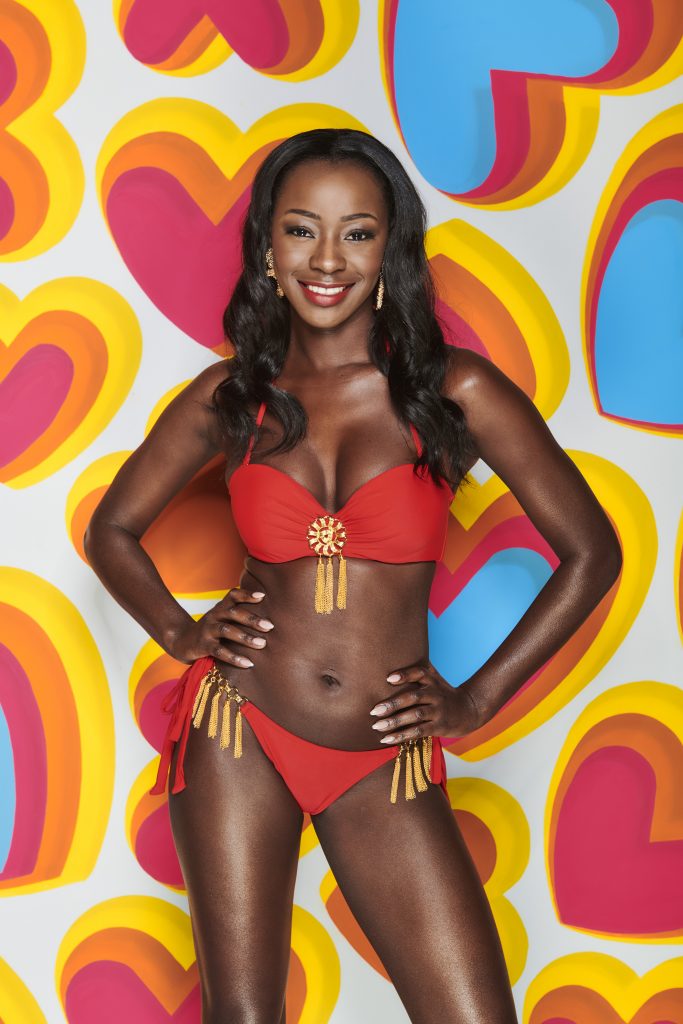 Bio: Priscilla is both turned on by good manners and turned off by bad manners which is very legitimate. She describes herself as ‘outgoing, kind, and stylish. She’s done a few pageants in her time, winning Miss Face of Africa and showing up in Fuse ODG videos.

Who does she have her eye on? Mika, Nas, and Luke M. 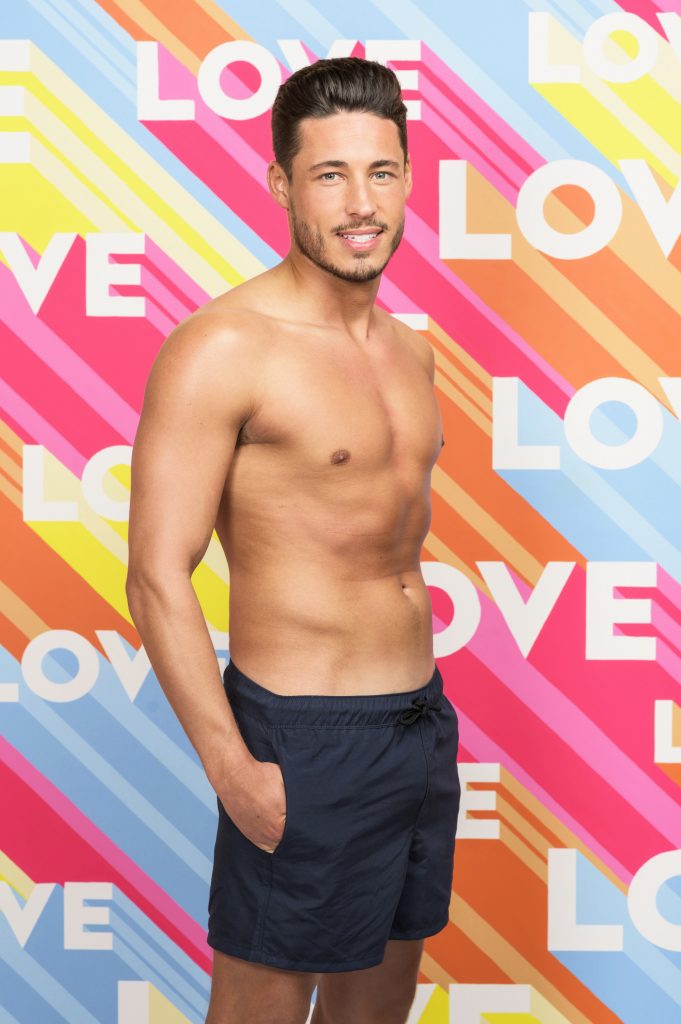 Bio: George’s PR package had about twice as much written on it as the other Islanders but his self-description is all really need to read. In it, he says: ‘With me, it’s all about the face and looks, I’m definitely going to go into Love Island and turn heads. I’m pristine, my hair, beard, tan, teeth and my style is spicy. I’ve got confidence too. I know there’ll be competition but I back myself.’

Immediate observations: This man reeks of Anton energy. Expect his self-esteem to shatter when no one immediately jumps on him in the villa.

Who does he have his eye on? Paige, Siânnice, Jess and Demi. 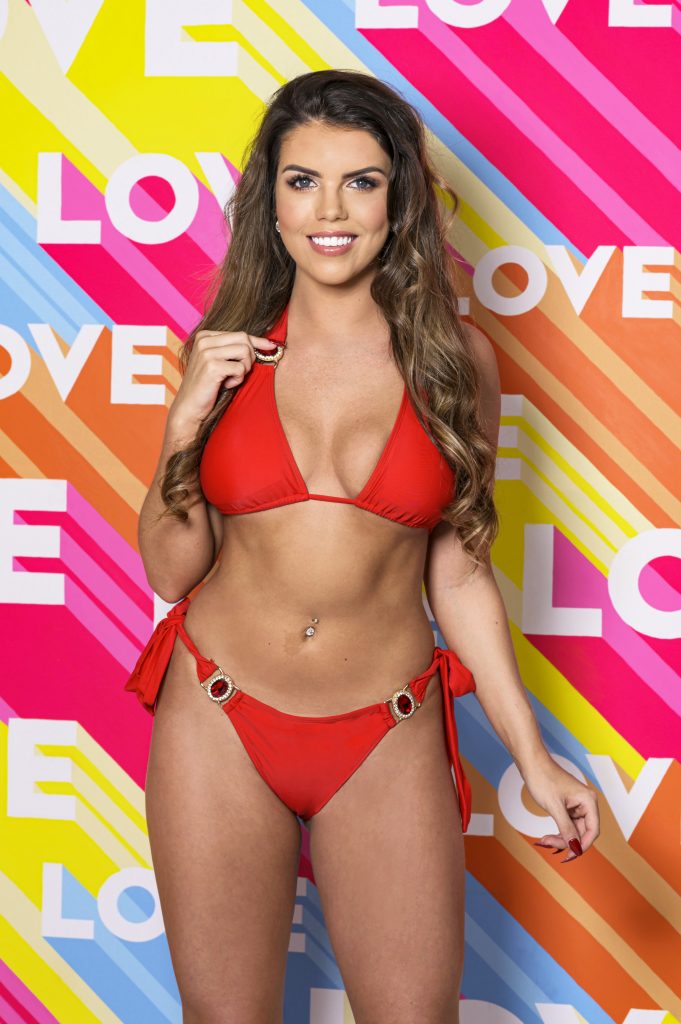 Bio: Jamie is an eyelash technician, and describes herself as ‘loving, bubbly, and dramatic.’ She can’t put up with snoring and her favourite song is by Westlife. She’d been dating someone for six years until about a year before Love Island, and the press release mentions the words ‘husband’ and ‘kids’ so make of that what you will.

Immediate observations: Jamie says she’s ‘looking out for number one’ which would suggest she’s not going to be afraid to rock the boat. Thank CHRIST. High hopes for Jamie.

Who does she have her eye on? Wallace and Callum.

Alexi Eraclides, 23-year-old butler in the buff from Essex 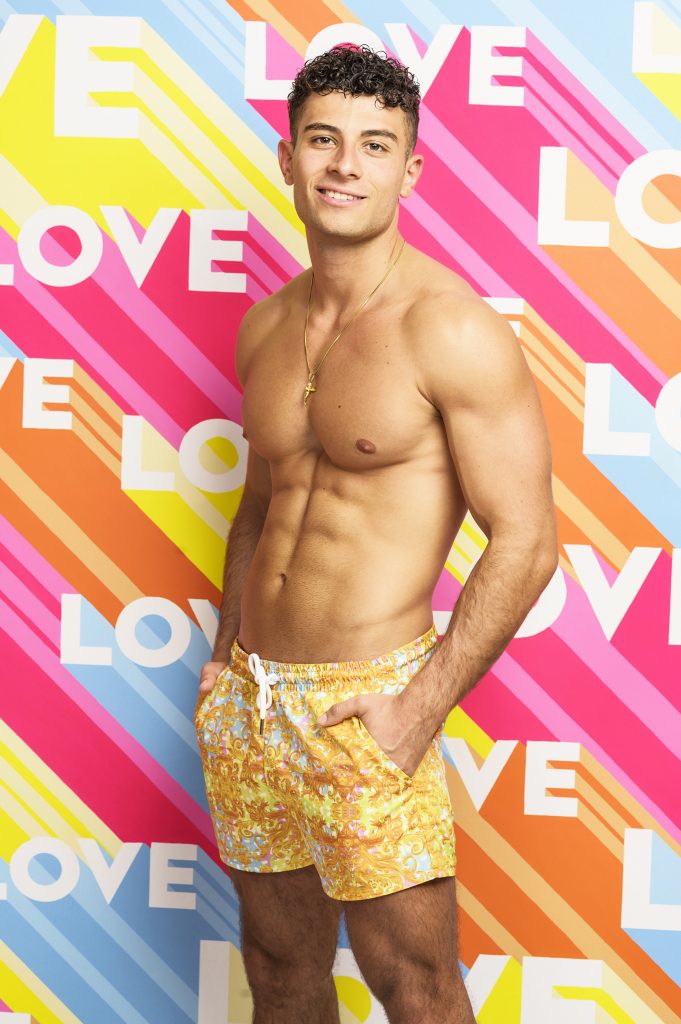 Bio: Alexi reckons ‘Heartbreaker’ by Will.i.am sums up his life, and he’s actually met Jess on a night out before. He says his curly hair and his pecs are his best features and in fairness, they are very nice so well done him.

Immediate observations: Alexi joins the illustrious lines of butler in the buff Love Island alumni, which includes Anton and Alex Miller. He is easily the most boring newbie on paper.

Who does he have his eye on? Shaughna and Demi. 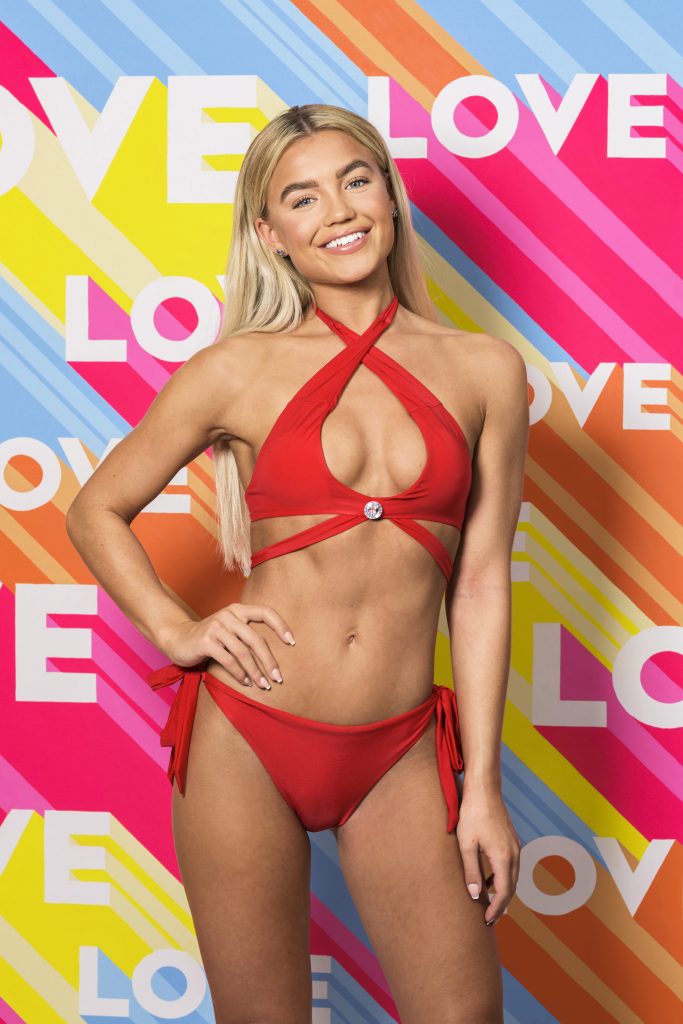 Bio: Molly is DONE ‘going for boys’, and says she needs ‘a man’ who’s ‘well-groomed and dresses nice’. She reckons she’s easy to get along with but will get what she wants in the end.

Immediate observations: Molly says she’s willing to go ‘all the way’ to get a man. What does this mean? Will she write him a poem? Shag him? Kill her competitors?

Who does she have her eye on? Luke M. 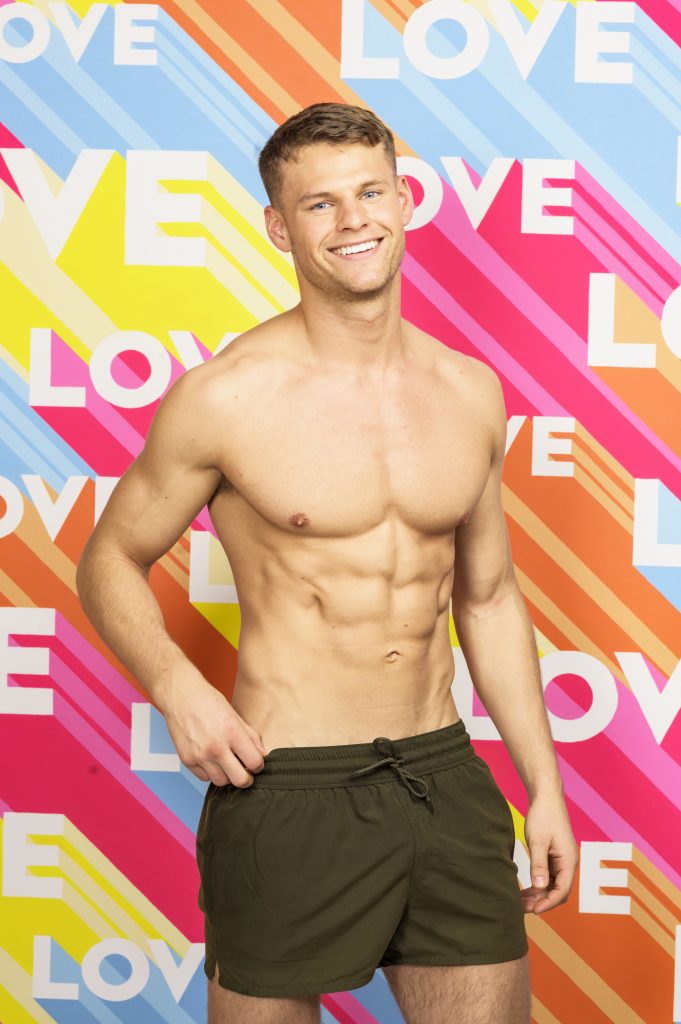 Bio: ‘Kind, caring and cheeky’ Josh reckons he’s ‘the perfect balance of fun and serious’ and plans to assess the situation before working out which heads he can turn.

Immediate observations: With Ollie now out the door Josh fills the vacant role of ‘blonde boy with nice arms’ and I am NOT complaining.

Who does he have his eye on? ‘In no particular order – Rebbeca, Sophie and Jess.’ 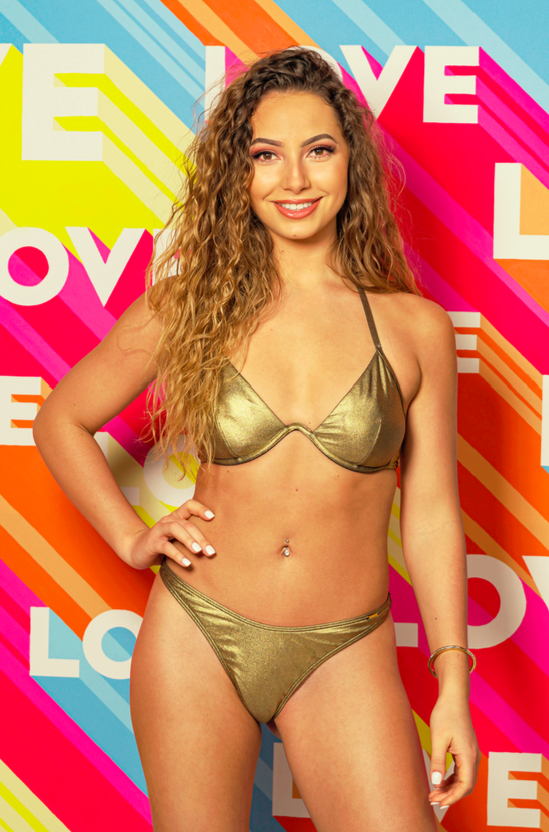 Bio: ‘Funny, sassy, and confident’ Eva wants an alpha male but crucially not one who smells (BO is a real turn-off, she says). Sensitivity is also a turn-off, apparently, as Eva says she’s ‘not sensitive at all.’

Immediate observations: Eva says she’s a 10/10 because ‘how can you expect someone to love you if you don’t love yourself?’ And you know what? That’s a very fair point.

Who does she have her eye on? Mike and Nas (‘they have the best personalities’, she says). 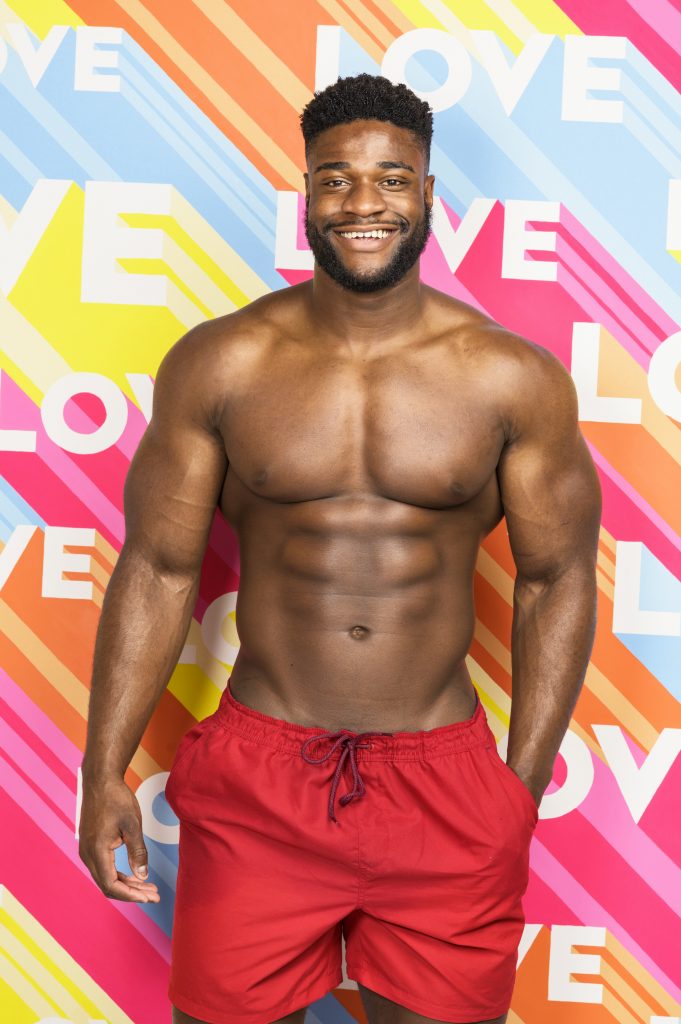 Bio: Ched gets complimented on his arms a lot because obviously he does. He does cringe when girls slide into his DMs to do it, though, so don’t do that. He doesn’t think there’s a single solid couple left in the villa aside from Callum and Shaughna and even they’re not safe.

Immediate observations: JESUS CHRIST THIS MAN IS BIG AS FUCK. I MEAN HAVE YOU SEEN HIM? Bet he bleeds protein.

Who does he have his eye on? Rebecca, Sophie, Siânnice. 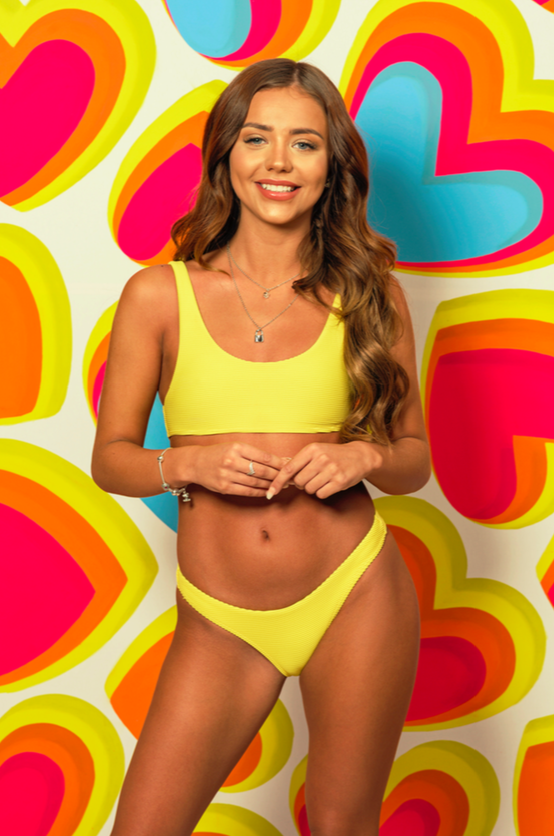 Bio: Natalia reckons there isn’t a single couple in the villa who couldn’t get their head turned (fair), and she likes hairy men with nice eyes.

Immediate observations: There are a lot of lines in Natalia’s PR package that made me think ‘yeah that’s bang on.’ The best was: ‘I like Dwayne Johnson because he’s big!’

Who does she have her eye on? Callum, Finn, Luke M. 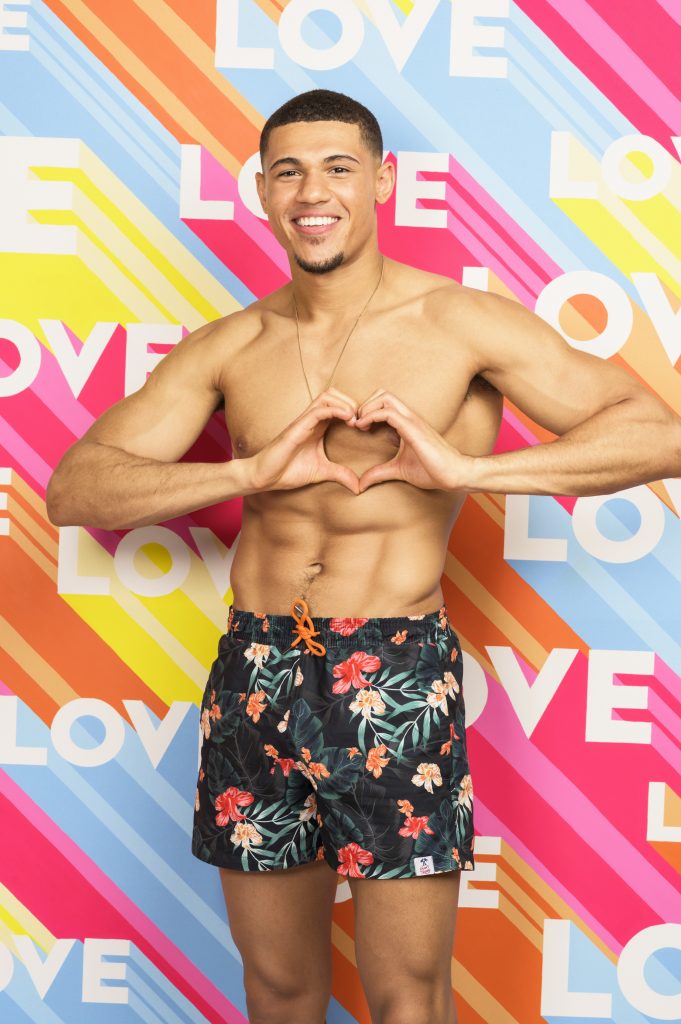 Bio: ‘I’m cheeky but I always tell the truth,’ says Jordan. ‘I say things as I see them and I’m hoping I can find someone to take home to my mum.’ He likes to knit!

Immediate observations: There should be a Casa Amor knitting challenge specifically to showcase Jordan’s knitting skills. Make it happen, guys.

Who does he have his eye on? ‘I’m attracted to all of the girls because they are all good looking. I’m looking forward to meeting them and seeing who I get on with.’