If you shag in my bed our friendship is OVER

Everyone knows the feeling of pure, unadulterated rage that comes over you when The Annoying Housemate™ does even the smallest thing wrong. Their bad habits have a snowball effect, which start off with probably quite legitimately annoying acts, to very small mistakes, to even the sound of their footsteps in the hall irritating you. PICK UP YOUR FEET, CHLOE.

But some housemates aren't just irritating. They are fucking mad. They give everyone else's bad housemate stories a run for their money. From incest, to bad body odour, to setting literal carpets on fire, here are the worst of the worst housemate stories:

'My housemate didn't understand the bin'

My second year house was more traumatising than funny but one of my housemates was literally nocturnal. Like you would only see her between the hours of 8pm-8am and she ordered the weirdest shit off Amazon but she’d never collect it from the living room? Also she was addicted to Pepsi and would go through two two-litre bottles a day and instead of putting them in the recycling she’d just… chuck them out of her second floor window. And my room was directly under hers so I’d just see Pepsi bottles being chucked down every so often. 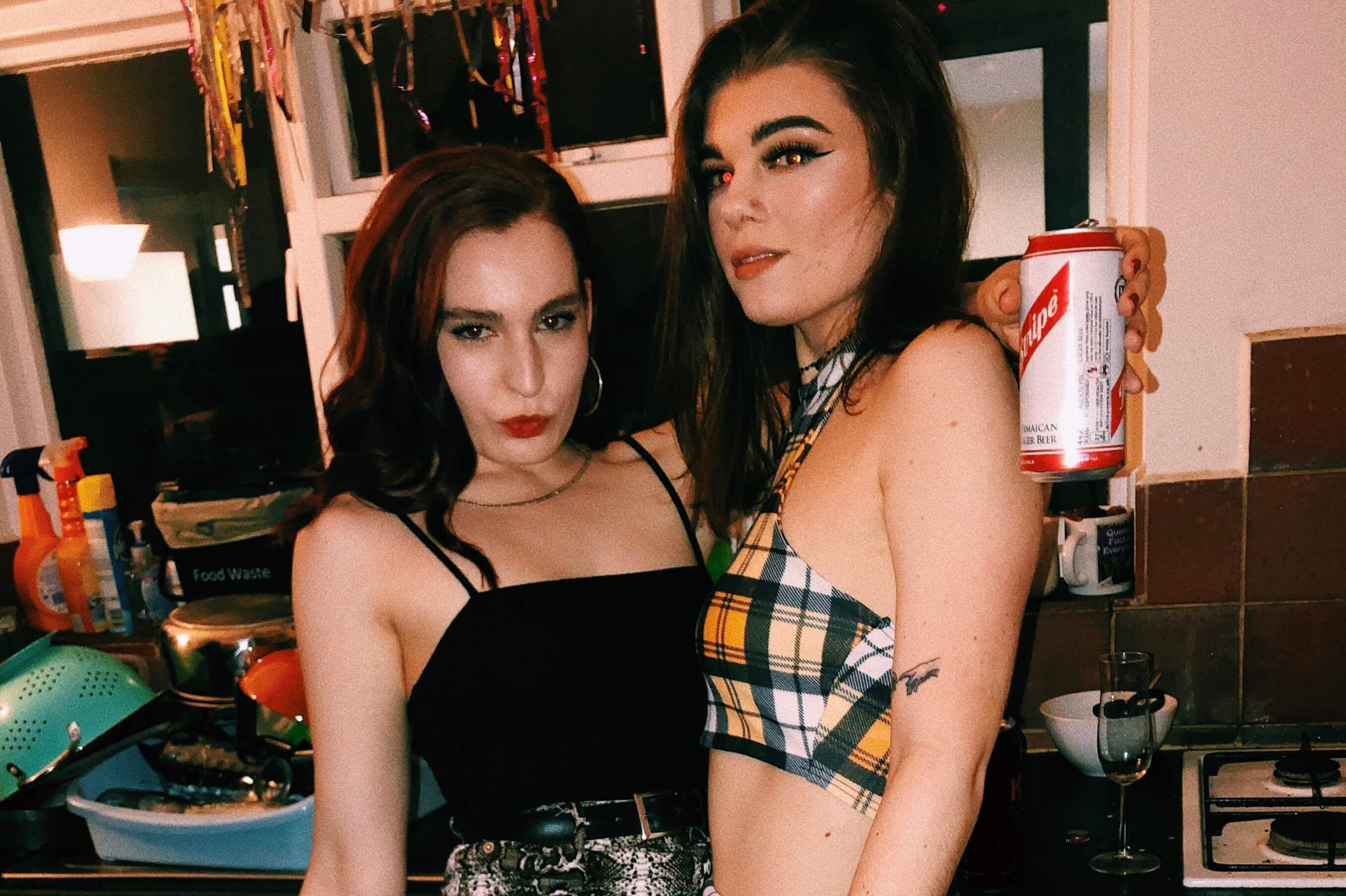 'Her vagina stench was so strong'

I'm not one to criticise other women's bodies but my housemate had a vagina stench so extreme none of the other housemates would go into her room. It like stank out the stairwell for a year so bad when we cleaned and were all moved out you could still smell it like proper rotting fish sour-y smell were all pretty sure she had an extreme bacterial infection or something cuz she never showered. Literally none of us ever wanted to stand or sit next to her and we panicked when she’d come into our rooms for a post night out cuddle it was beyond words horrific how it wafted off her. She didn’t even realise somehow. 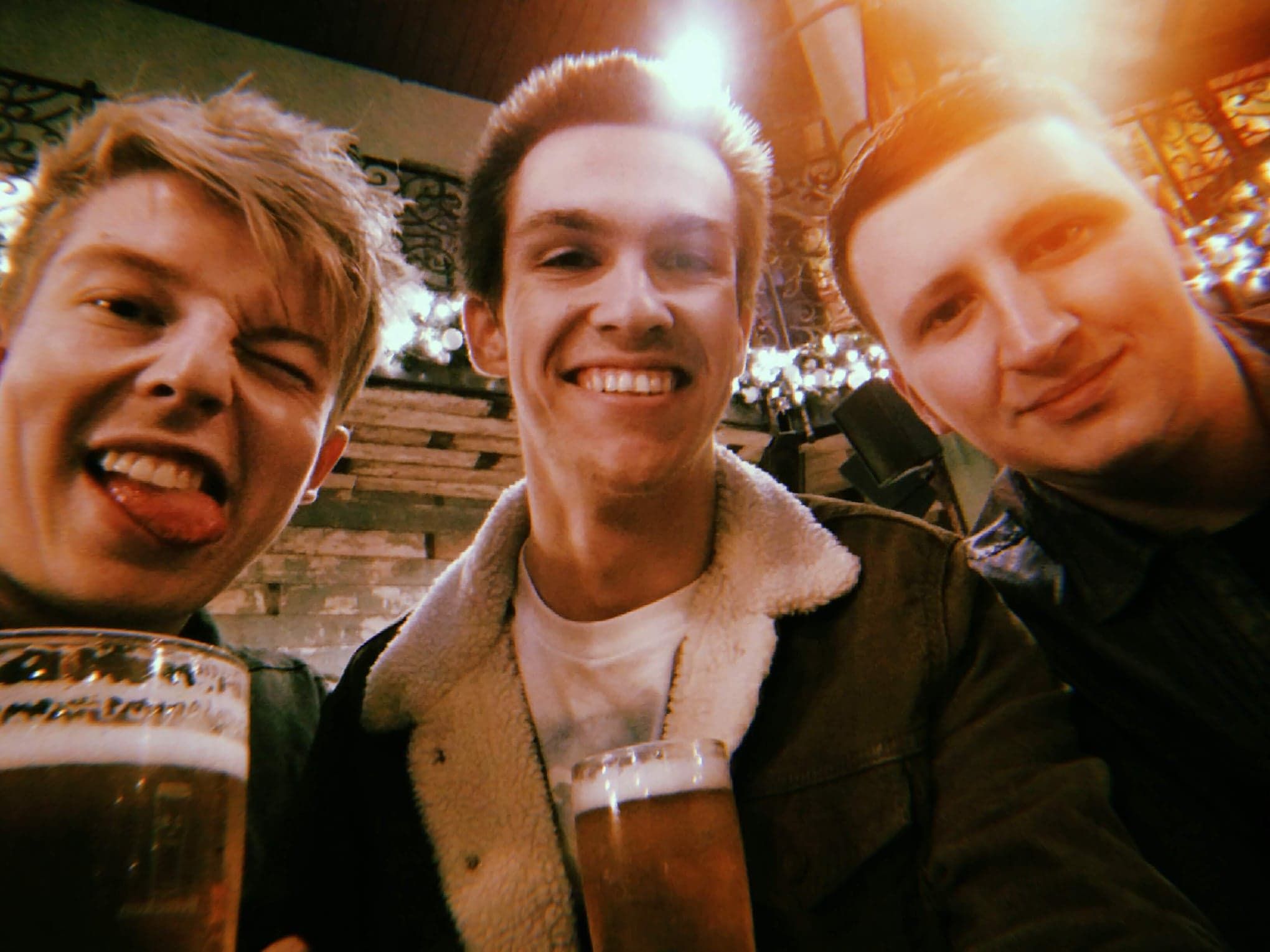 'My psycho housemate set our carpet on fire. On purpose'

My flatmate essentially injected lighter gas into the carpet using the nozzle of the can you buy it in. Then the mad man lit it, and looked surprised that it went up in a massive plume of flames. I had to beat out the fire with a chopping board.

'Saw my housemate sleeping butt naked on our sofa'

My friend walked into the living room early in the morning and found our housemate butt ass naked sleeping on the sofa because she got locked out her bedroom in the middle of the night after a shag. 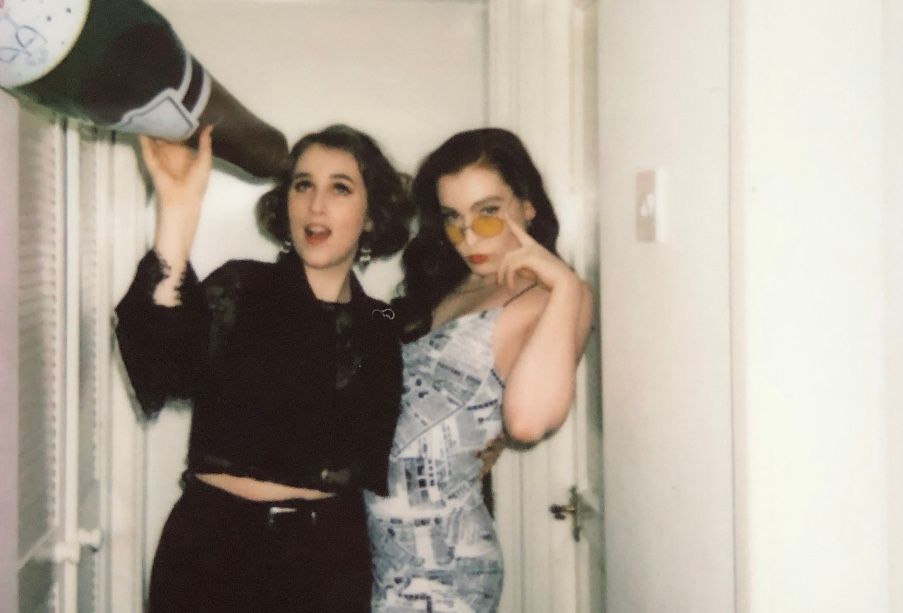 'He bought a sex doll and it lived in the kitchen'

In first year someone bought a sex doll and it just lived in the kitchen. It made it's way to our second year house. Why did I ever agree to live with him for another year?

I’d found these housemates on overheard in Southampton moved in with her and after a week two of us went on a night out together 'cos it was just her and I living at the house at the time. She got home from the night out and fell into the toilet (which I heard bc it borders the wall of my room) and didn’t move for about five mins. She left the toilet with blood all over the floor (we still don’t know how or why) and then went to bed. I went to her room in the morning opened the door and she was passed out in her own shit. SORRY FOR HOW GROSS THIS IS. I didn’t know what to do because I’d known her THREE DAYS. She tried to cover it up by putting her sheets in the wash and acting like she had no memory but I’d seen it and you don't forget that. 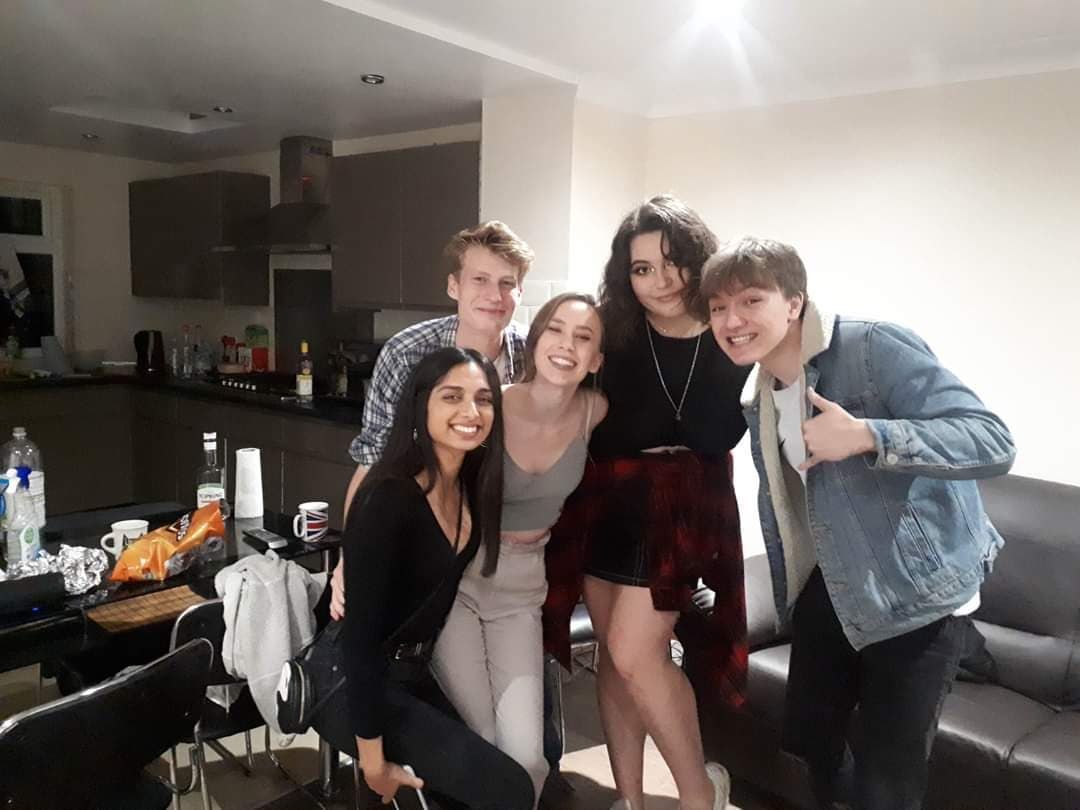 'I caught my housemate having a wank to Top Gear'

We had this one housemate who really liked Top Gear, and I'm walking down the stairs and hear the familiar sounds of Top Gear coming from the living room. Vroom vroom, you know? Then I walk into the kitchen, which is next to the living room, and as I get closer and closer to the living room I start to hear different noises. Like breathy, grunty noises. Quiet but noticeable. I pop in to say hi because I hadn't registered what was going on, and then he was in there "asleep" on the sofa with his hand under his dressing gown. When I said hi he "woke up" and it was the worst acting I have ever seen. You know when you just know? Also, I'm not saying he wanked off to Top Gear, but Top Gear was on and he was definitely having a wank. You can decide whether there's a correlation or not.

In second year my housemate took pics of me asleep and sent them to my boyfriend at the time to try and make out we were having some kind of affair. So cute, miss him x 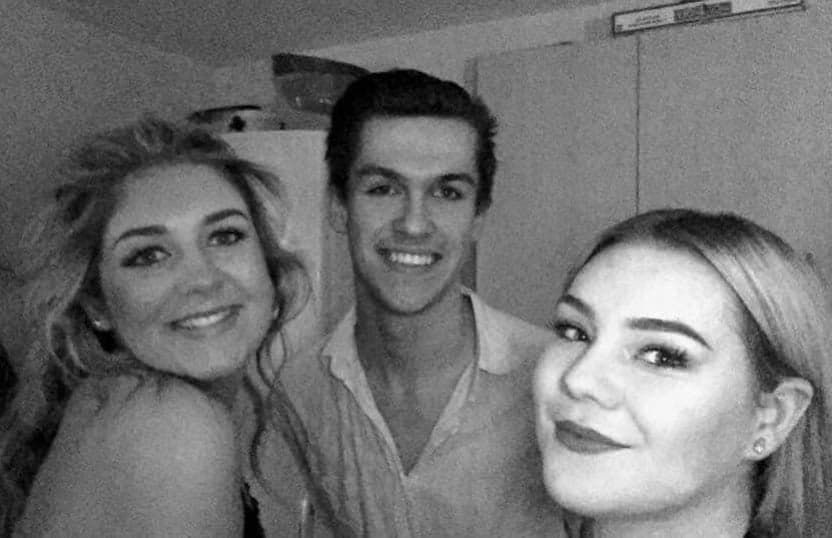 We were both in the same lecture, then went to town after the lecture, separately. I then walked home from town and he texted me asking for me to wait for him. I had to take a phone call so was rushing home and didn't wait for him. He then purposely sped up to catch up with me, stood next to me at a traffic lights and didn't speak to me even when I spoke to him. A few hours later when he was still acting muggy I asked why he was being so weird and he said "YOU HAVEN'T APOLOGISED. ONCE. YOU WALKED HOME WITHOUT ME." Like ooooookay, buddy. Boys are weird. 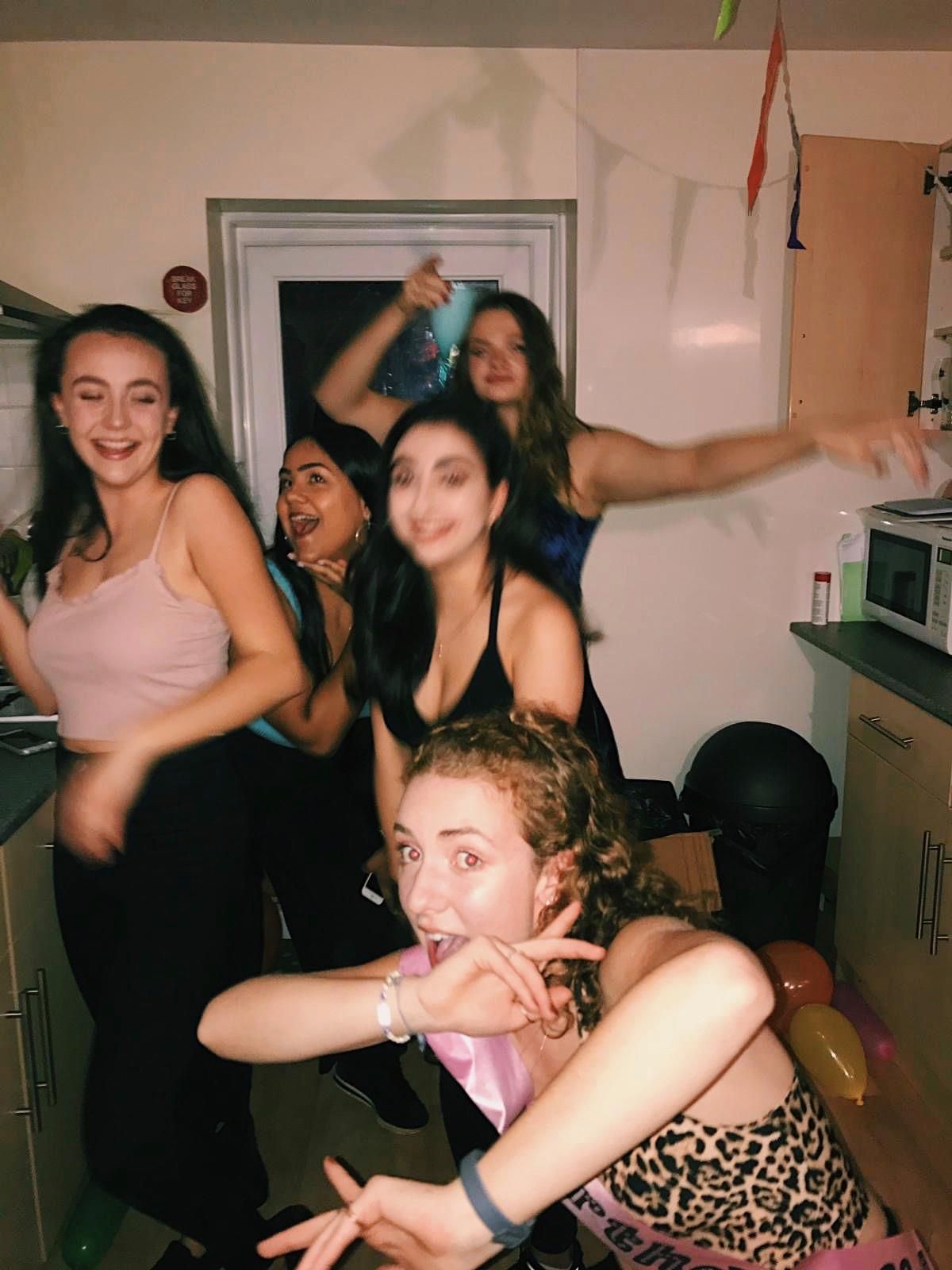 I knew this housemate of mine fancied me and we both left a night out together because I told him I was tired and he didn't want me to go home alone. I was really worried he'd think like "finally, we're going home together without everyone else, now is my chance". When we got home he kept trying to play fight with me and I was on a mad comedown so I was like, I'm showering and going to bed, good night. When I get out of the shower he's curled up in a ball asleep outside the shower door (which is nowhere near his room, not even the same floor). I had to clamber over him in my towel to get to bed. This is a separate incident to when he once begged to sleep in my bed with me, but that's helpful for background. Not a vibe.

• 51 things all bad housemates are guilty of doing