His music is for bed-wetters and you know it

I want you to look very long and very hard at the below picture. It shows Lewis Capaldi at the GRAMMY Awards. 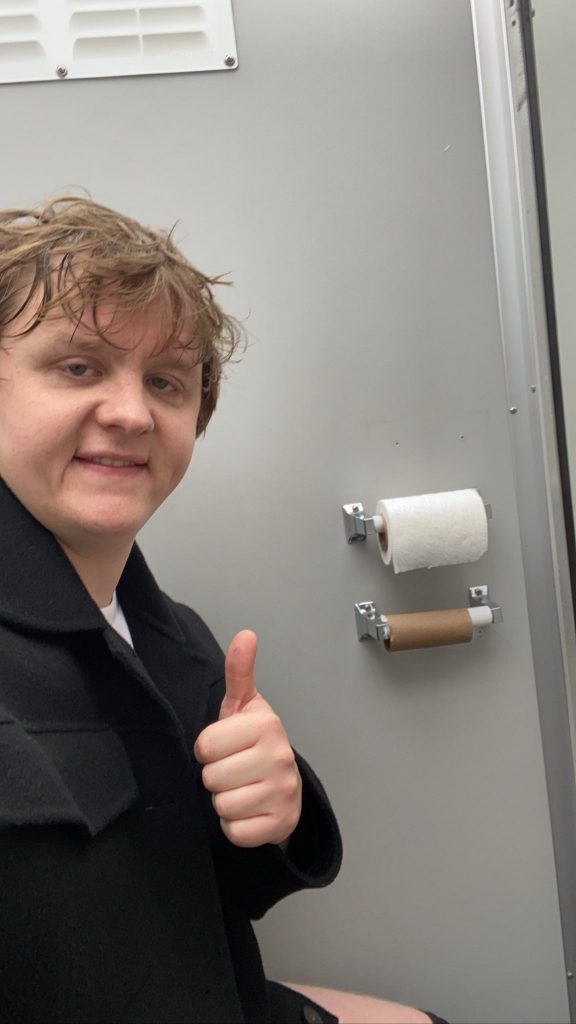 Notice how he’s not arm in arm with a gorgeous celebrity or beaming on stage thanking his mum. No, he’s on the bog posing with pants down and his thumb up. If for some reason there were a generator somewhere out there that could create images of Lewis Capaldi, this would be the default product. That candid-but-not-quite-candid smile and the “I’m being self-deprecating but I also have more money than you’ll ever earn in your life” thumbs-up he’s giving are the essence of everything Lewis Capaldi is – and I won’t lie, I’m fucking sick of it.

Don’t get me wrong, I’m all here for the rise of the ‘normal celeb.’ People like Lewis send an important message: You don’t have to be eye-meltingly fit to be famous. But this trend was past its sell-by date when Ed Sheeran invented it in 2011, and Lewis has taken it to stupid extremes. Take his PR collaboration with Tinder, which saw his bio (that he definitely uses in real life) was plastered on BIllboards all over the country. This shit simply cannot stand.

It’s not just that Lewis Capaldi is irritating. It’s that he’s everywhere. In the toilet cubicle that is my life he’s permanently sat in the loo next door taking a big sweaty dump and snapping dumb selfies for his army of Fiat 500-driving fans. Noel Gallagher’s been mean about Lewis? Lewis is on stage dressed up as him. Trying to enjoy a bit of Love Island? Lewis’s album is in every ad break and his ex is on the show. You thought you could escape him on TikTok? NOPE. He’s ruining that, too.

We need to recognise this man for the annoying James Arthur knock-off he is, and here’s why: 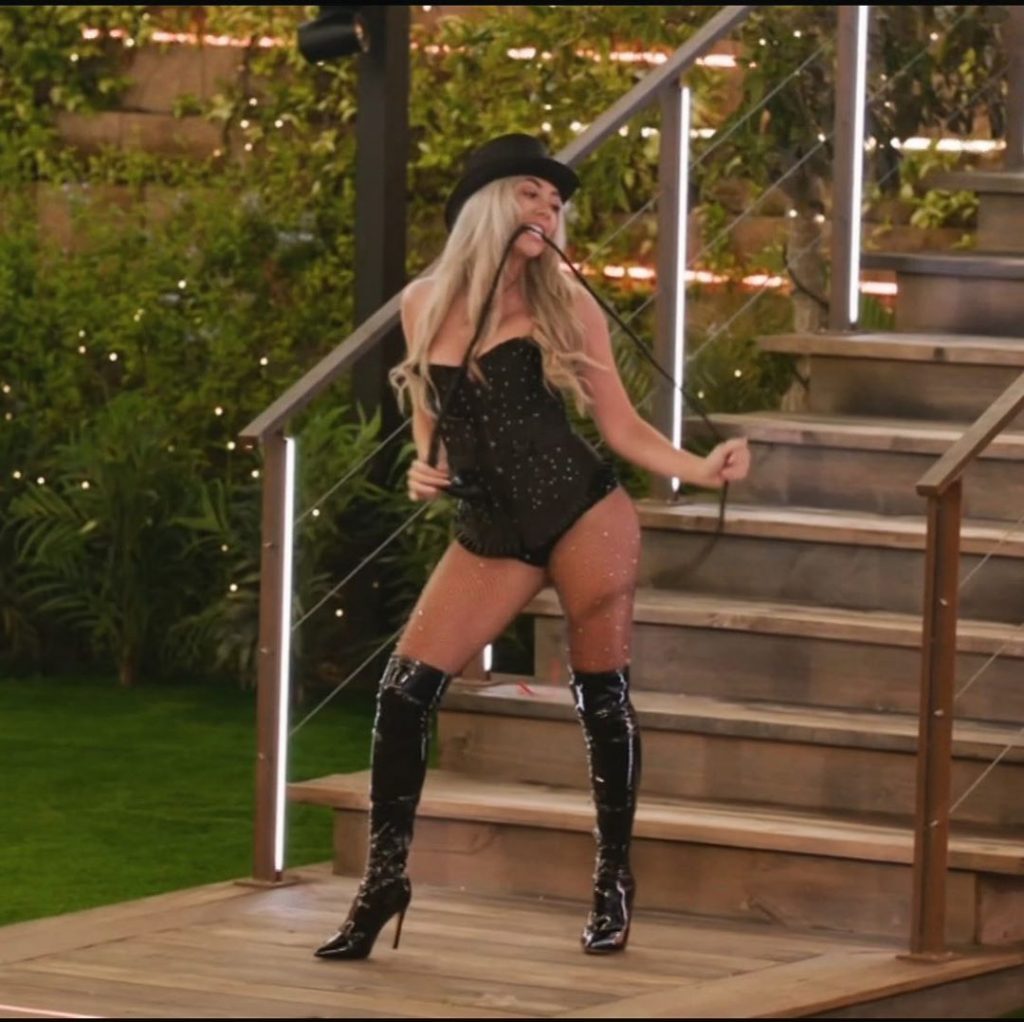 A quick Google reveals Lewis Capaldi’s net worth is roughly £8 million. This is, strictly speaking, a fuck of a lot of money for someone whose primary selling point is how down-to-earth and normal he is. Like so many British celebs, Lewis trades on his less than conventionally attractive appearance, cradling his belly like he’s pregnant at the GRAMMYs or jokingly saying he’s too handsome for anyone on TikTok. See? He has a normal body, like you, except he also went out with Paige Turley, who by virtue of being cast on Love Island is everything Lewis defines himself against. Lewis knows he’s not on your level, he’s just letting you think that he is.

Lewis is 23 and his debut album has already been put up for GRAMMY awards. He’ll probably win loads of BRITS as well. In music industry terms, to reach the heights Lewis has as quickly as he’s reached them is good going. But there’s a lot riding on Lewis to be a successful commercial entity; that means pushing album sales and flogging concert tickets. You’re kidding yourself if you think the way he presents himself isn’t carefully managed by those who have a vested interest in how it will make them money.

Obviously music tastes are subjective etc etc but come on people. Lewis Capaldi’s discography sounds like James Arthur singing Adele, and I don’t mean good Adele – I mean the 20 or so songs Adele recorded and then thought ‘nah, I like Rolling In The Deep better’ before leaving them on a hard drive somewhere.

Singers like Lewis make a big song and dance over their own involvement in their music, but you don’t just write a number one hit without a helping hand from people who’ve done it before. Case in point: Someone You Loved was written by five people, including TMS, a group who’ve been writing UK top 10 hits for Little Mix, Olly Murs, and Jess Glynne for over a decade. Only one song on his debut album was written by him alone and it’s literally the last track on it.

The best thing about TikTok is how wonderfully free it is of influencers and celebrities monopolising it so they can soullessly push their brand at you.

Except obviously Lewis just had to ruin it for everyone else by wading in. Annoyingly, Lewis’s TikToks perform very well precisely because they are anti-brand. That doesn’t mean they’re not irritating, because they absolutely are, and you can bet the scraps of your overdraft there’s a label exec somewhere in Lewis’s circle who told him to make a lot of those TikToks.

if you listens to:

What’s maddening is that Lewis does nothing these other men haven’t already done. Like his forefathers, he pedals incredibly moist piano ballads written by the same four guys for people who wet the bed in their 20s.

Everything he does is an exercise in extremely cynical PR

Isn’t it funny that whenever Lewis Capaldi does something classically Lewis Capaldi he ends up in the headlines? Like when he randomly shows up at Greggs around the country or gets the pints in at a student night, or nibbles very hard on Noel Gallagher predictably calling him shit by dressing up as him at Glastonbury?

In a way you have to hand it to him – unlike his vapid and uninteresting predecessors, he’s managed to at least make his personality a selling point.

Oh, and that Noel Gallagher beef? He milked that wayyyyyyy too long

I’m not proud of the fact I Googled ‘reasons to hate Lewis Capaldi’ while writing this but I did and all I came across were articles published explaining the ‘’’’feud’’’’’ between Noel and El Capaldi. Tl;dr, it’s very tedious and Lewis seems to forget Noel picks a fight with a different celebrity every week.

His album is called Divinely Uninspired to a Hellish Extent because he’s in on the joke guys!!!!

Remember when the 1975 had nasty comments show up on the screen during their BRITS performance a few years ago? It’s like that but somehow worse? Mate, just call your album ‘Lewis Capaldi’ like a good boy and pipe down.

• A brief history of everything tragic James Arthur has ever done

• Imagining the winter Love Islanders on a big ol’ night out