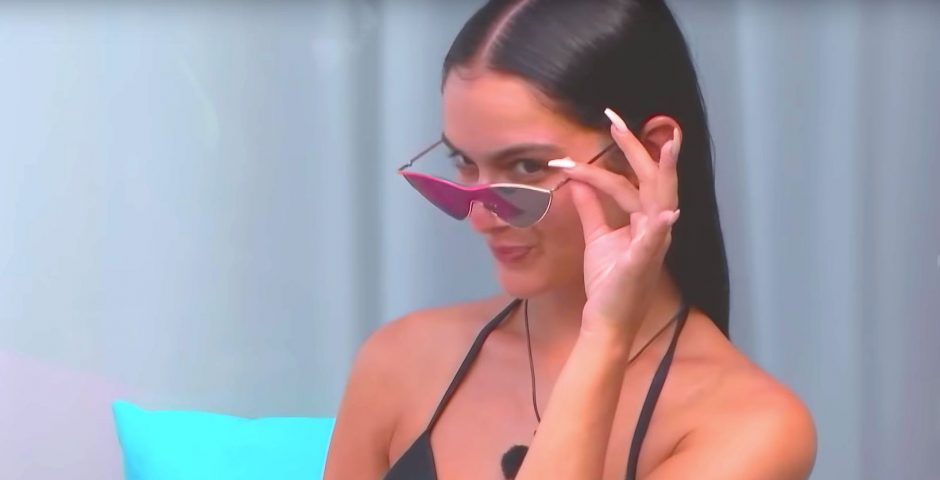 I’M SORRY I MADE FUN OF YOUR NAME

Think back to roughly one week ago, maybe even less, when you fully thought Siânnise Fudge was the most annoying Love Island contestant to have ever graced our screens. Think long and hard about that. And then apologise. Say it to the sky, to God, to your mum, to anyone. Shout it into the ether and hope that Siânnise hears us somehow, because the truth is Siânnise is actually the best part of winter Love Island.

She's sweet, she's ditzy, a little bit awkward and a girl's girl through and through. She's probably the most relatable Love Islander we've had in years, and not in a depressing way. Siânnise is real, and she's good TV. Here are all the reasons why Siânnise Fudge is a bonafide national treasure.

She is unbearably, adorably awkward

The beauty of Siânnise is that she's not a perfect, amazonian goddess who flirts like she's been doing it her whole life. She's awkward, she stumbles over her words, and she still gets the guys. Everyone acts like if they went on Love Island they'd be the most confident bitch in there, but in reality, we're all Siânnise.

It's hard to make a Bristol accent bearable. It is, categorically, the worst accent in the UK. When she first came in, it was all you could think about when she spoke. And now she's won our hearts, the accent is like music to our ears. Everything she says has an air of happiness and lightness, because she just sounds a little bit ridiculous. Drop those t's, mispronounced your "ol's", Siânnise. We're here for it.

We all appreciate a woman who comes in with no bullshit, pure drive, and doesn't give a shit about "stepping on peoples toes". Maura Higgins, Megan Barton-Hanson. They shook it up. But sometimes you need a quiet, unsuspecting Siânnise to be the victor. She sat there, let Rebecca shake it up, but knew her worth the entire time. Siânnise was the dark horse of winter Love Island 202 and boy did she reap the benefits.

I don’t really like Siannise but I can’t fucking stand BB cream Becky. What a rude little bitch she is. Type of girl to shag your boyfriend and turn around and say not my problem #loveisland pic.twitter.com/NeUGNgIXOZ

She saved Nas, and we love her for this

Alright, she didn't fancy Nas. It's disappointing. Yes, she could have handled it better. But let's be honest, how do you act when you're being grafted by a boy you simply do not fancy – at all? You're probably the exact same. It's the ick, simple as that. But she still saved him, because she wanted the best for him, and that let us keep the beauty that is Nas on our screens. Thank you, Siânnise.

“So I was just wondering if you’d miss me if I left the villa? Like even a little bit?” #LoveIsland #siannise pic.twitter.com/DwfPCKgBtQ

I CANNOT unsee this face when Siannise is on!!! Am in stitches #loveisland pic.twitter.com/Fs3tBB8uNN

She didn't play it cool, she never does. A lot of other girls in this situation might feel the need to act like having two extremely boys vying for your attention is extremely normal and nothing to shout about. But we all know it's an ego boost and a half and you actually do want to shout about it, quite a lot. And Siânnise does.

It's always good to have options ? #LoveIsland pic.twitter.com/zKJ2nhLvYz

siannise is so pretty she owns the middle parting #loveisland

The slick middle part, the eyebrows, the sunglasses, the constant wearing of lime green or snakeskin garments. Siânnise Fudge is one whole vibe.

Rebecca took Siannise’s man TWICE thinking she was untouchable and now Siannise has two men after her INCLUDING Rebecca’s man.

She has a load of fun nicknames

You might feel bad for making fun of her name then, but now she's universally beloved, they're just like affectionate nicknames! I love you, shamayonaise.

?… and then award for manipulator of the year goes to…. SOFT CHEESE! ?? ? ? #LoveIsland  #Siannise #CryMeARiver pic.twitter.com/UBISaZT9n9

give shauns niece a few more weeks in the villa and she will transform fully into joe #YOUSEASON2 avengers assemble #LoveIsland2020 #LoveIsland #siannise ?✌? pic.twitter.com/ppk4gUnFNg

This is a love letter to Shawshank redempknees, Show beans, Shaun's Knees. Honestly, Siânnise is such good craic you can guarantee she'll come out of the villa and love her new names. Keep glowing, Siamese.

• I applied for Love Island as a joke. Then I got called into an audition