Let’s be honest, the best part of Sex Education is the female friendships

Sex education handles a lot of topics. Like, a lot. But where it truly excels, where it has the power to reduce you to an ugly crying, snotty mess, is the moments where it handles female friendship.

If you think back to the most iconic moments of the TV show, the ones that truly made waves, the bits that made you clutch your chest because your love for the characters was so overwhelming, were the moments involving the female characters coming together and protecting each other.

"when women support each other, incredible things happen" #sexeducation pic.twitter.com/LVAmOIGKfJ

Think back to season one, when a nude of Ruby was circulating and all the girls in assembly stood up at the end of the episode and said "It's my vagina." Or in season two when Maeve goes to the police station with Aimee on her birthday because she knew Aimee would be too scared to report it alone. Or when they all go and smash a load of shit in the junkyard to release all their untapped female rage. Beautiful. 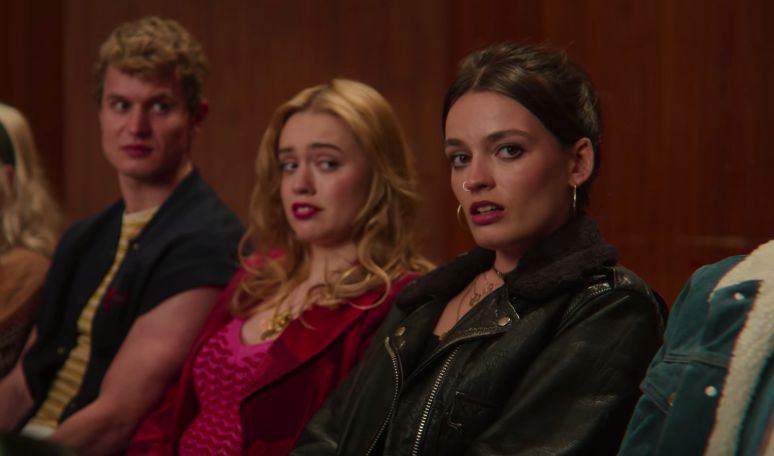 Most notably, episode seven of season two devotes almost an entire episode to the friendships between the female characters. It gives so much time to them that it actually bridges divides in a totally un-cringey, believable way.

The best part of Sex Education season 2 is this scene. Women, don’t be mean to each other. The world is already against you. Together you’re stronger. pic.twitter.com/7Ef6iCrnJE

The episode focuses on a breakfast club-esque coming together of most of the female main characters, where they bond over the one thing they have in common. Sadly, that's unwanted sexual advances from men. But that's exactly why Sex Education's female friendships are so well written – they're real. Girls in any female friendship group will all be able to relate to it, because we routinely have conversations like this. Someone can message your group chat at any point being like "Just had a super weird interaction with this guy on a bus" or "Some guy in the club last night fully grabbed my arse" and everyone just swarms to comfort them because we all know what that's like. 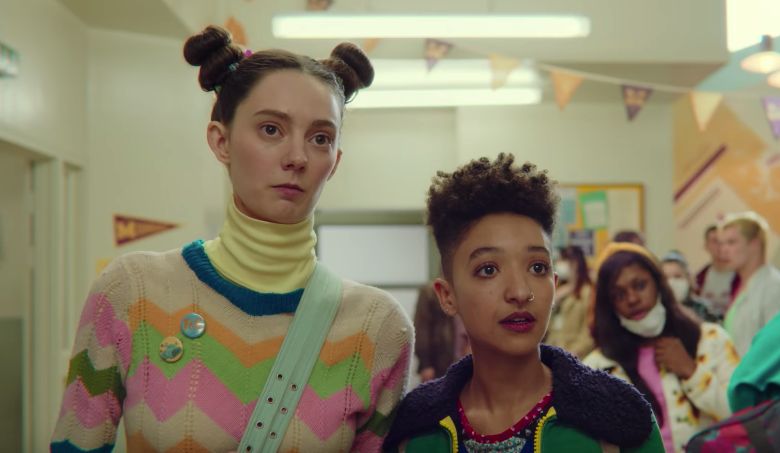 Also, it's not all about bonding over men. Sex Education isn't stupid. It handles the competition between Maeve and Ola so much better than if it just hadn't introduced it at all. Competition happens between women, competition happens between all humans, so having Maeve and Ola not immediately become super chill gal pals was realistic. But the two-women-fighting-over-a-very-mediocre-boy trope is tired and overdone. Sex Education knew this, and played it out, but also had both characters realise that Otis was never worth it anyway. That's the shit that we, and younger girls especially, need to see.

the bus scene in sex education is honestly everything, we love women sticking up for each other pic.twitter.com/klN6GNY9wV

The episode ends with the most touching moment of the whole show. Just when you think that Amy's storyline has been tied up neatly by all the girls talking it out, it goes one step further than that. All the girls meet her at the bus stop and ride the bus to school with her, so that she can overcome her trauma.

Sex Education shows us what we already knew all along, but never saw given enough time on screen: That when things are truly bad, and when you really need someone, women will always support women.

• A lot of shows try to be inclusive. Sex Education is the first to really nail it