On last night’s Love Island Rebecca was wearing a noticeable patch on her hip. Twitter was flooded with comments with people questioning what on earth the patch is.

Most people thought it was the contraceptive patch, with some users majorly supporting her decision to wear the patch on TV.

Other people argued it could be a nicotine patch or simply a plaster.

We’ve done a deep dive into all the patches you can put on your body to determine the most likely option for Rebecca’s patch that is dividing the nation.

Here are all the options the patch Rebecca is wearing in Love Island could be, from most likely to least plausible:

This is definitely the most probable options of all the patches a woman could put on her body. The contraceptive patch is similar to the combined pill. It contains oestrogen and progesterone and prevents the release of an egg each month. Aka stops a woman from getting pregnant.

I love Rebecca wearing her contraceptive patch (I think?) on her thigh like that. Go on my son #LoveIsIand

The patch is changed once a week and worn for three weeks of a month. The patch can help with heavy or painful periods. It can be worn in water, doesn’t move about during sex and can be placed on most places on the body that are clean, dry and not very hairy. The only place it can’t be placed is on your boobs or any skin which is sore or irritated.

It makes most sense for this patch to be the one Rebecca is wearing, as 74 per cent of women in the UK use some form of contraception. The patch Rebecca is wearing also looks incredibly similar to the Evra patch, which is the one used in the UK. It’s square, large and nude. 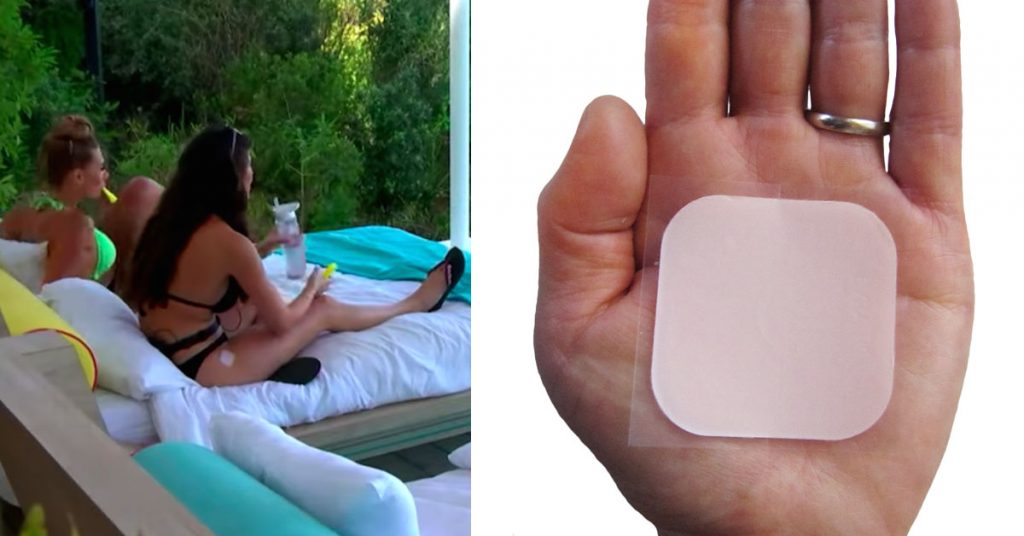 Also the patch would make sense for Rebecca as she wouldn’t have to remember to take the pill everyday whilst in the villa and only has to change her patch once a week.

Equally a very viable option. Maybe she’s really susceptible to insect bites and doesn’t want to get covered in mosquito bites when she’s going to be in a bikini on national television for a few weeks. 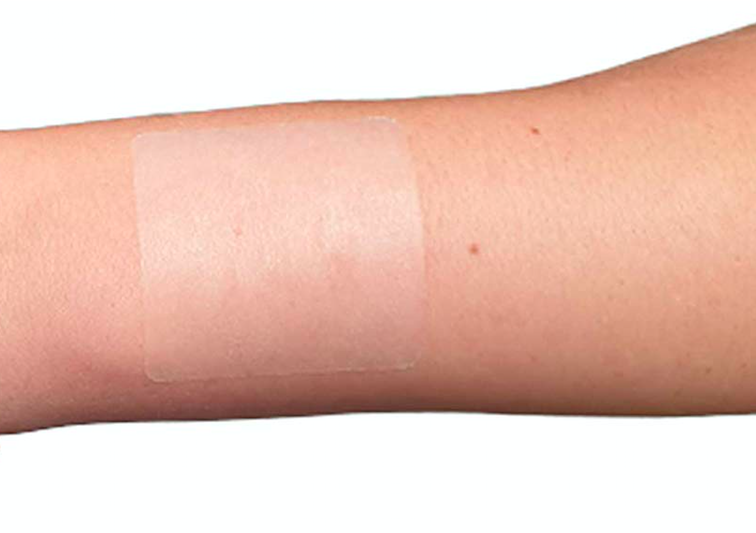 An insect repellant patch works by reducing human odours which are attractive to mosquitoes. Some of these patches are very similar to the patch Rebecca is seen wearing in Love Island.

This is quite a likely option. A nicotine patch is used to combat the nicotine withdrawal symptoms of someone who has given up smoking by releasing nicotine into the bloodstream.

Most people wear these patches on their arm but you can also wear it on your hip. Which is where Rebecca is wearing hers.

A nicotine patch has to be replaced every day and comes in different strengths. There’s no evidence of Rebecca smoking in any of her Instagram posts but that doesn’t mean she might not be trying to quit.

A nicotine patch also looks the same as the patch Rebecca is wearing.

A vitamin B12 patch

Maybe Rebecca is just really lacking in that vitamin B12. The patch delivers 12 hours of continuous B12. Low levels of B12 can cause anaemia, which in turn can cause someone to be incredibly tired. 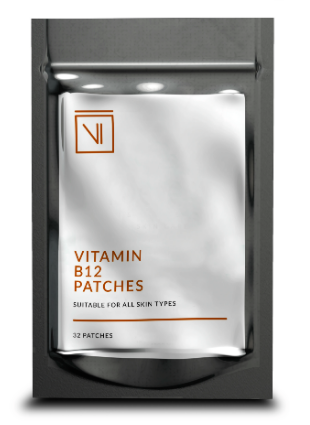 These patches increase the levels of B12 getting into your bloodstream and naturally perk you up. So maybe Rebecca has low levels of B12 or maybe she just wants to be super awake and not miss a second of the Love Island drama.

The patches also look quite similar to Rebecca’s so it’s a possibility, but I’m not placing my bets on this one.

Maybe she put this on during the plane over to South Africa and has forgotten to take it off? A motion sickness patch, no surprises, used to stop nausea or vomiting when travelling, be it car, bus, train or plane.

But these probably aren’t what Rebecca is wearing, as they’re usually circular and put behind the ear.

Maybe she burnt herself or she has a mole she doesn’t want exposed to the sun or maybe she just cut herself accidentally. Who knows. This patch we’re all freaking out about, could just be a simple plaster for a minor problem. We all know plasters can come in this size and shape. I don’t need to spell it out. 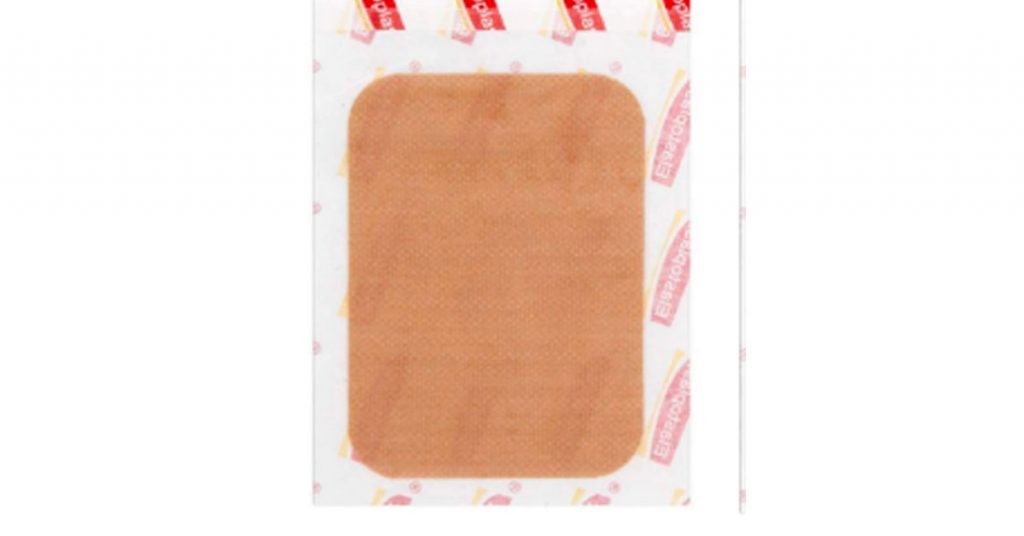 Love Island have not confirmed what the patch on Rebecca is, but the Internet is waiting with baited breath.