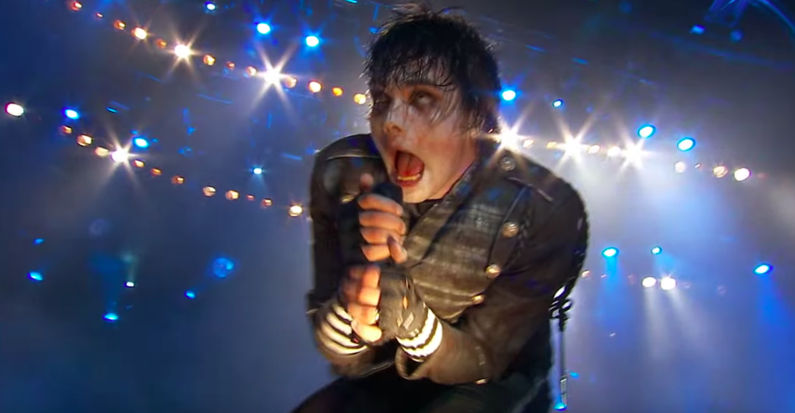 After weeks of teasing, My Chemical Romance have announced a UK show in the summer.

The emo heroes will be playing Stadium MK in Milton Keynes on June 20th.

Tickets for the gig will be available at 9:30am this Friday, January 24th.

The announcement comes at the end of a frankly weird Twitter video called “An Offering”.

Just like Glastonbury, you can buy six tickets in one go (or four seated tickets).

In fact, the Milton Keynes date places MCR in the UK less than a week ahead of Glastonbury, which is yet to unveil a full line up.

Last month, MCR played their first show in years, returning to the stage at The Shrine in LA.

The band had previously teased the UK shows with tweets like this, which suggest a return to the more morbid Black Parade-era aesthetic, and a repudiation of the technicolour Danger Days style.

I am not okay.