Nearly 70 per cent of the places offered to study at University of Oxford were awarded to students from state schools.

The University of Oxford announced of the total 3,909 offers made this week, 69 per cent of those were to students from state schools or colleges.

Five years ago the percentage of state school students receiving an offer from Oxford was 54 per cent. 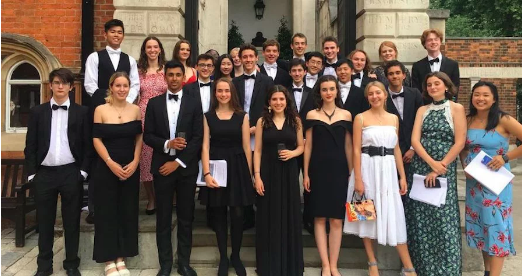 The university has been heavily criticised for its imbalance and for ignoring perfectly qualified students from disadvantaged backgrounds.

The first female chancellor of Oxford has attempted to turn this imbalance around and since 2016, Louise Richardson has overhauled the application system and pressed the different colleges to improve their outreach.

The director of undergraduate admissions and outreach at University of Oxford, Samina Khan, said Oxford were happy with the record numbers and she knows the “wealth of talent that lies in” is in state schools.

She said: “We are delighted by the record number of offers to state school students, and to students from under-represented backgrounds. This creates a strong foundation for what we aim to achieve.

“We know that students from some backgrounds are not as well represented at Oxford as they should be, and we are determined that this should change. Having taught in state schools during my career, I know the wealth of talent that lies there.”

A number of students who received the offers were from the state school Stormzy praised last year. Brompton Manor Academy in Newham, one of the poorest London boroughs received 51 offers to study at Oxbridge this year in comparison to 2014, when just one student was offered a place.

Many of the students are from ethnic minority backgrounds, get free school meals or are the first in the family to go to university.

•Meet the students who turned down Oxbridge

•Are you actually smart enough to get into Oxbridge?