We haven’t even recovered from the news that series three of Derry Girls may be the last, but now we’re going to have to deal with the anticipation of a Derry Girls movie potentially being in the works.

Yes, our favourite eejits are going to be back for season three very soon and Lisa McGee, the creator of Derry Girls, has confirmed initial works and talks have begun to transform the girls (plus James) for the big screen. 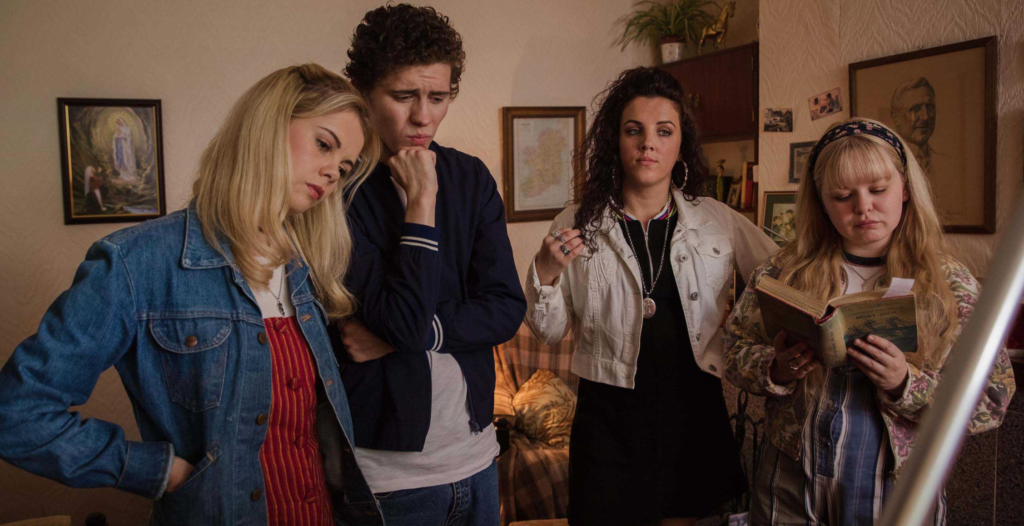 A while ago, speaking to Red Carpet news, she was asked if a feature film was something she would ever want to explore for the show. Lisa said: “That’s definitely something we’ve spoken about and something I’d like to explore again if the story is right. It’s about me figuring all that out at some point.”

However she has now told The Irish Mirror: “For a while, I was kind of like, I dunno, will it work? But now an idea is starting to vaguely form in my head.

“After series three I’ll think about that a bit more. I’d like to do it, and I think the girls would like to do it. The cast even, some of them are men and boys. I think that would sort of be the long term plan. We should have been shooting [series three] now but it has been pushed back and we are trying to wait until it is safe.”

In her interview with Red Carpet news, Lisa also added there will be lots of guest characters in season three, with one major guest star in each episode. She said the girls are going to grow up in new episodes, but will always be friends for life and she has no plans for any of the characters to outgrow the solid friendship group.

Lisa added: “There’s definitely a very personal journey that they go on, as well as a political one. It’s an exciting time for them as they’re just on the cusp of adulthood.”

She said the relatablilty and the fact “we’ve all been a dick when we were young” is why we’ve grown so fond of the girls and can see a bit of ourselves in them. Long live the Derry Girls.

Seasons one and two of Derry Girls are currently available to stream on Channel 4 on demand and season one is on Netflix. For all the latest Netflix news, drops and memes like The Holy Church of Netflix on Facebook.

• QUIZ: Which Derry Girl are you?

• QUIZ: Which Derry Girls adult are you?