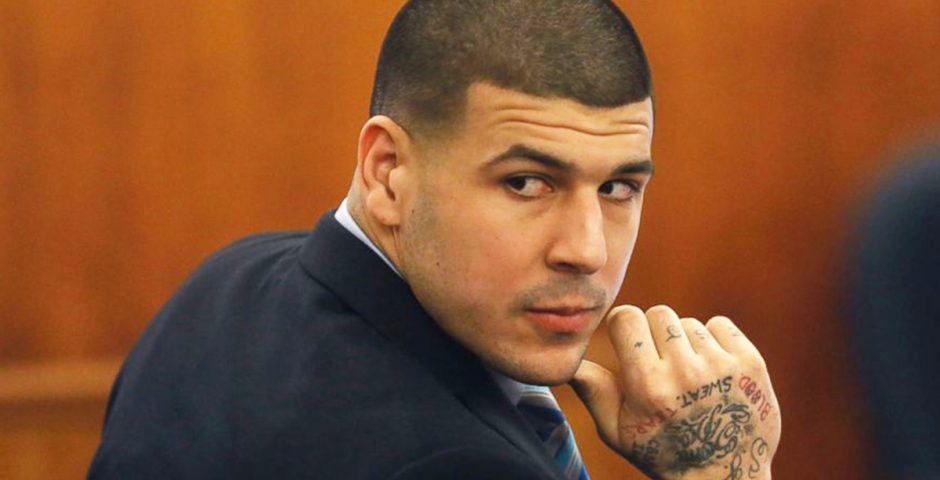 Netflix has just released its latest true crime documentary, Killer Inside: The Mind of Aaron Hernandez. The three part docuseries explores his early life and crimes as well as including exclusive courtroom footage and tapes of Hernandez’s phone calls from prison.

Aaron Hernandez was tipped as one of the best NFL players of his generation, but then he was in prison for murder. So how did such a successful sports player become a killer? Here is a timeline of the real life events in Hernandez’s life.

Aaron Hernandez was born in 1989

Hernandez was born on November 6th 1989 in Bristol, Connecticut. His parents broke up and got back together whilst Aaron was growing up, and they filed for bankruptcy. Both of his parents were also arrested and involved in crime during Aaron Hernandez’s life. 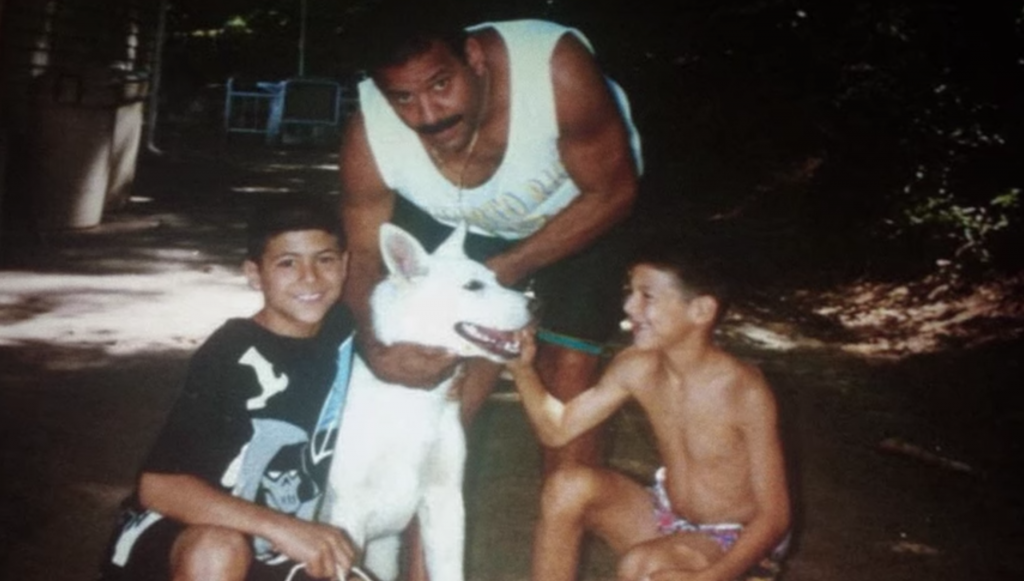 He had a tough childhood and suffered abuse

When he was growing up, it is said that Aaron and his older brother suffered abuse from their father. When their father believed they weren’t trying hard enough in sports or at school, the boys were beaten. Their father died in January 2006.

Growing up, it is also reported that Aaron Hernandez was sexually abused by an older child.

He began dating his fiancée whilst at school

Aaron is said to have been popular at school. It was there where he met Shayanna Jenkins, who would later become his fiancée and the mother of his child. 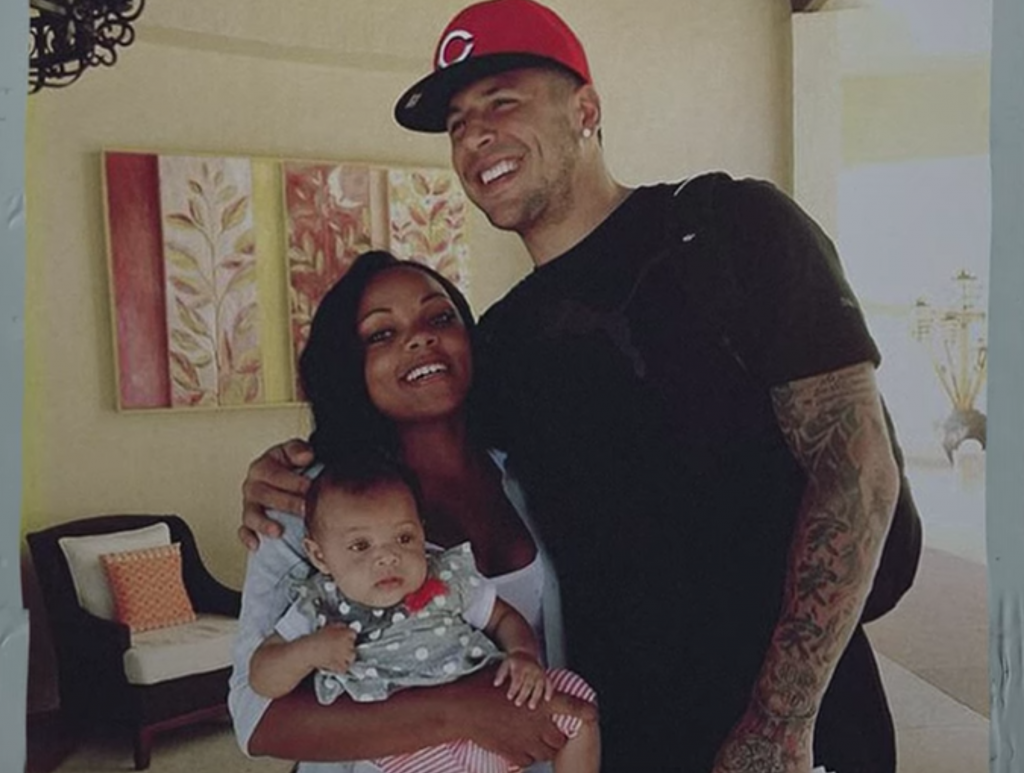 According to a police report in Gainesville, Florida, Hernandez was in a restaurant when he refused to pay the bill. He was escorted out, and as the restaurant manager walked away Hernandez “sucker punched” him on the side of the head, rupturing his eardrum. Aaron was 17-years-old.

In September 2007, someone approached a car and shot at it, also in Gainesville. Two men in the car were shot, but both survived. The third, uninjured, passenger in the car identified Hernandez in a police lineup. No charges were filed and it was later concluded that it hadn’t been Aaron who pulled the trigger.

Aaron admitted himself that during his university and college career, he was often high on drugs whilst playing. Hernandez played at the University of Connecticut with his brother, but later chose to play for the University of Florida. 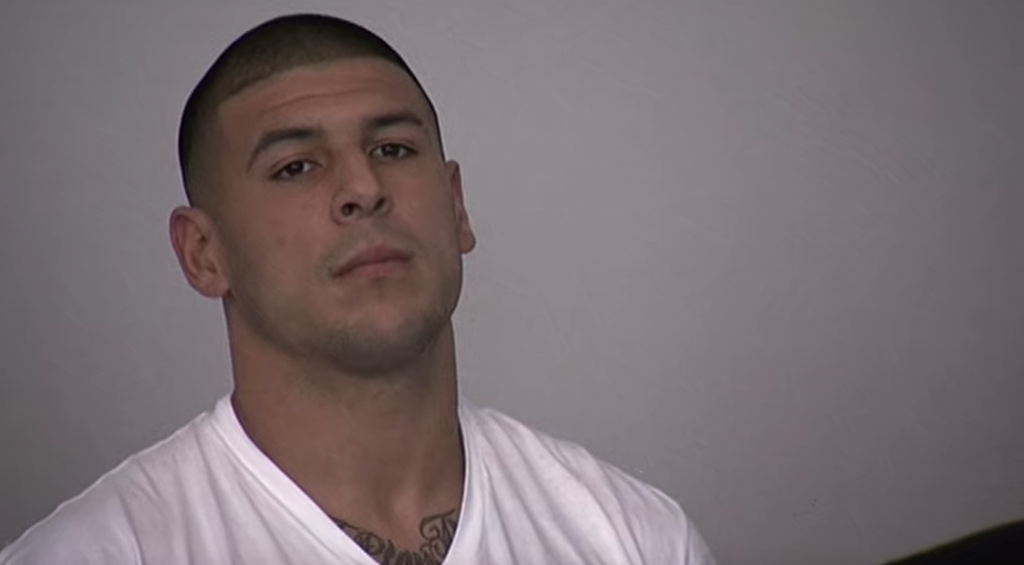 In 2011, police were called to a fight in Hernandez’s house

In the early hours of the morning on April 20th 2011, the police were called to a fight at the house Aaron Hernandez was renting at the time. The police are said to have recognised Hernandez outside his home where the fight was taking place, and told the pair to go indoors.

In 2012, Aaron Hernandez was investigated over a double murder

In July 2012 Aaron was investigated over a double murder outside a club in Boston. The two men were killed by gunshots being aimed at their vehicle. Witnesses said they saw Aaron’s car pull up, heard someone shout racist abuse and then the gunshots. Hernandez was identified in CCTV footage from outside the club.

It was brought to trial and said in court that Aaron was angry after one of the victims had spilled a drink down him. But after evidence showed Aaron was in the club for less than 10 minutes, there were contradicting witness statements and the police investigation was deemed poor, Hernandez was acquitted of the murders.

In August of 2012, Aaron Hernandez was signed by the New England Patriots. The contract was for five years and worth $39.58 million. There was also a $12.5 million signing bonus, which was the largest signing bonus ever received by an NFL player who played tight end.

In 2013 Aaron was charged with first degree murder

In June 2013, Odin Lloyd was shot dead. The body was found in an industrial park less than a mile from Aaron Hernandez’s home. At first, Aaron was not named as a suspect, instead police said a car rented in his name was a key piece of evidence. 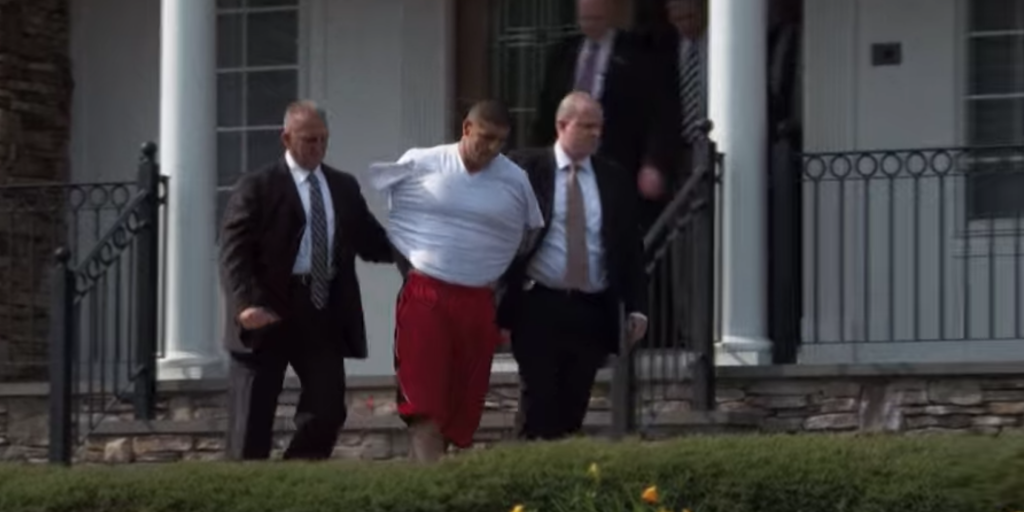 Odin had been dating the sister of Hernandez’s girlfriend. Soon, an arrest warrant was issued and Hernandez was arrested at his home. He was 23-years-old. Fans would gather outside court and chant “innocent” as trials took place.

On June 26th 2013, Hernandez was charged with first-degree murder and five gun-related charges. When he was charged, Aaron wasn’t granted bail and he was placed on suicide watch. It was said that he adapted and settled to prison shockingly well. He would say he was in a training camp, not prison. He was released from The Patriots team 90 minutes after being charged. During this trial, he was indicted for the double murder in Boston.

On April 15th 2015, Hernandez was found guilty of murder. He was sentenced to life in prison without any chance of parole. No motive for the killing was ever completely established. 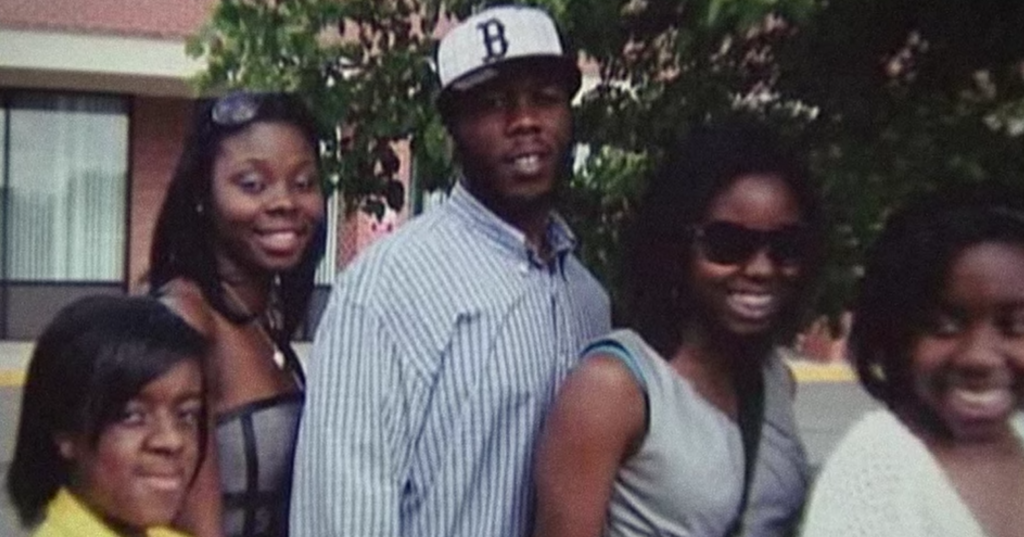 Hernandez died on April 19th 2017 aged 27. This was days after he had been acquitted of the double Boston homicide. He had died by suicide.

A researcher who examined his brain after his death said it showed signs of severe chronic traumatic encephalopathy (CTE). This is a brain condition which can be caused by multiple blows to the head. It is associated with the development of dementia and problems with thinking and memory, personality changes, and behavioural changes including aggression and depression. She added it was “the most damage her team had seen in an athlete so young”. The research team found Hernandez had stage three CTE and that they had never seen such severe damage in a brain younger than 46-years-old.

Killer Inside: The Mind of Aaron Hernandez is available to stream on Netflix now. For all the latest Netflix news, drops and memes like The Holy Church of Netflix on Facebook.