Arts, linguistics, and communication subjects hand out most unconditional offers, new figures have revealed, whilst medicine is the hardest subject to get an unconditional for.

UCAS data shows unconditional offers have consistently risen since 2017 in 84 per cent of subjects.

Only four of 26 subjects didn’t rise each year, and only one – non-European languages – had a lower rate of unconditionals in 2019 than in 2017.

In linguistics, comms, and arts, over 10 per cent of offers made to 18-year-olds had an unconditional element. 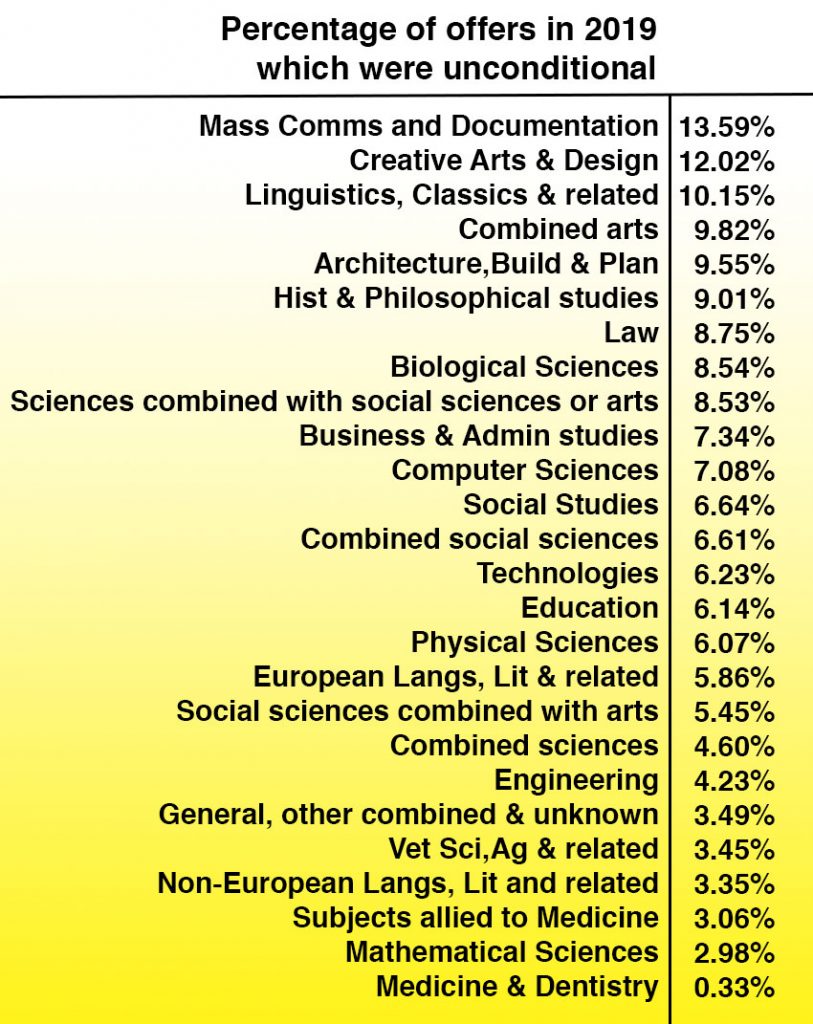 Medicine-related subjects were by far and away the hardest to get an unconditional for.

The Guardian reports that 25 per cent of applicants overall received an unconditional offer.

In the middle of this, higher education nerds are rowing over “conditional unconditional” offers, which only get you a place if you put the university as your firm. The head of the Office for Students said these offers “risk pressuring students into making decisions that may not be in their best interests”.

The tide is turning on unconditional offers, with the University of Nottingham announcing 2018/19 would be the last year it gave them out.

• Revealed: The degree subjects with the most private school students