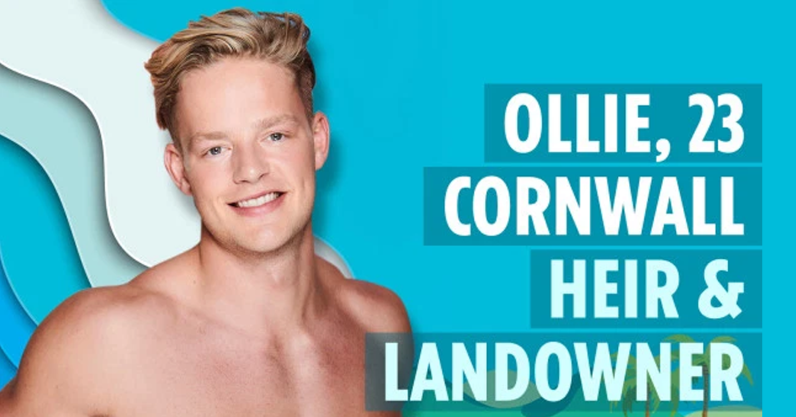 Winter Love Island’s resident posho Ollie Williams has been bragging that he will inherit the Lanhydrock estate. But it turns out the blonde toff won’t be getting his hands on the Cornish country pile after all.

It’s not going well for Ollie after photos emerged of him posing next to dead animals, and memes cast him as the nation’s avatar for the posh boy you’d rather avoid at uni.

Still, at least we all thought he had something going for him – the inheritance. “When my father passes away or abdicates, as the eldest child, I will take on the titles and the estate. I’m the heir of Lanhydrock,” he said. Love Island promo pics even describe him as a “heir and landowner”.

But the National Trust, in a departure from serving cake to your gran, has shot him down.

“We are aware that Oliver Williams will be appearing as a contestant on ITV’s Love Island,” a spokesperson told RadioTimes.com.

“It’s great to hear that he would love to inherit Lanhydrock House. But we have some bad news for him; he won’t be!

“In the distant past, his great-great-uncle chose to give Lanhydrock House and surrounding land to the National Trust in 1953, which is now enjoyed by 400,000 people every year. It is just one of 500 places owned and looked after by the National Trust for the nation to enjoy.”

Turns out it’s not just country houses which get owned by the National Trust.