Reynard Sinaga was convicted of 136 counts of rape

To those who met him, Reynhard Sinaga was a fun presence on nights out – a Peter Pan-like figure who’d already done four degrees and was eking out a PhD well into his thirties so he wouldn’t have to go back to Indonesia. He’d remained in Manchester despite being enrolled at Leeds, and he lived just a short walk from Factory, one of the city’s biggest clubs. He never seemed to do any work, but was constantly out in Manchester’s Gay Village.

Reynhard would often brag to his mates about sleeping with straight men, and in 2015 told a friend: “I didn’t get my new year kiss, but I’ve had my first sex in 2015 already. He was straight in 2014. 2015 is his breakthrough to the gay world hahaha.”

Over the last three years, Manchester Crown Court heard how the former PhD student preyed on the straight men he met while living in Manchester; taking them back to his apartment after nights out and spiking their drinks with date rape drugs before sexually assaulting them.

Yesterday the 36-year-old was sentenced to a minimum of 30 years imprisonment after being found guilty of 136 counts of rape. The Crown Prosecution branded him “the most prolific rapist in British legal history.” But Sinaga would not have been caught had one victim not accidentally taken a phone filled with graphic rape videos as he’d escaped the apartment where he was sexually assaulted. 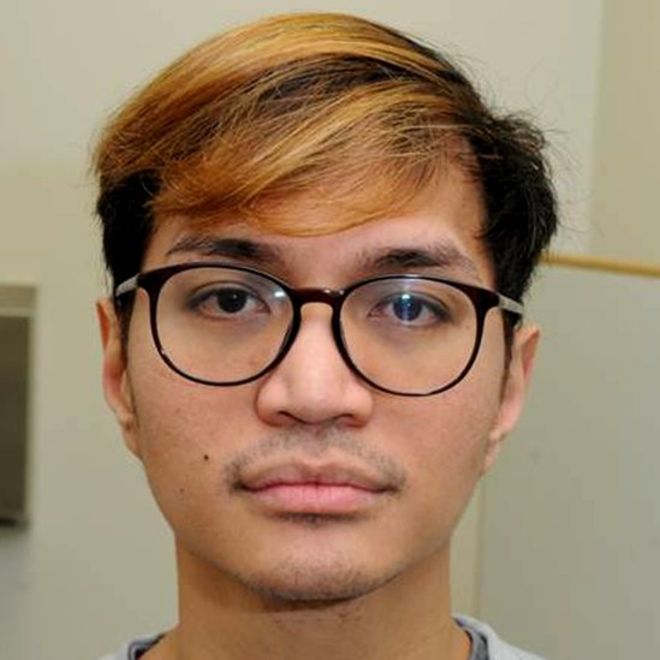 The victim, an 18-year-old sixth-former, met Sinaga after a night out in Factory. He had only been in the club for an hour and told the court he wasn’t drunk. He had been waiting for a message from a friend when Sinaga approached him.

Sinaga persuaded the victim to go back to his apartment to “get out of the cold,” The Daily Mail reports.

The court heard how the victim was given two shots of a red liquid before Sinaga gave him a “shot of clear liquid that looked like a Sambuca bottle.”

The victim then “blacked out,” remembering nothing until he woke up after several hours later on the morning of June the 2nd 2017.

He told the court he felt “weak”, potentially as a result of of the date-rape drug believed to have been given to him by Sinaga. The 18-year old then attacked the rapist, and the two fought violently in the apartment.

A six-foot rugby player, the victim dwarfed the five-foot-seven Sinaga, and easily overpowered him. He told the court Sinaga bit him “a few times,” and “pulled him back as he tried to leave.”

After escaping the flat, the victim realised his phone was out of battery, and he had to ask another apartment to let him in so he could call for help.

A resident of a neighbouring apartment opened their door, and allowed the sixth-former to phone the police and his mum.

Singa had been beaten up so badly he called 999 for an ambulance, after which he received treatment for a bleed on the brain. His victim was arrested on suspicion of causing bodily harm.

The victim later discovered Sinaga’s white iPhone 4 in his jeans and handed it to detectives.

“I have no idea how it got there so that’s the only explanation there could have been. I didn’t put it there. Sinaga must have put it in my pocket,” he said.

Sinaga initially refused to unlock the phone and began behaving strangely, the court heard. When he finally did so, the phone was revealed to contain videos of rapes committed by Sinaga.

Police found three videos of rape alongside the attempted rape of the sixth-former, footage of attacks on other men was also found.

When Sinaga’s flat was later searched by police, a black iPhone and other devices containing criminal footage were seized.

“Reynhard Sinaga targeted, isolated, drugged and sexually attacked each of these complainants while they were unconscious,” said the prosecution.

“Further, he recorded himself doing it, and if he hadn’t, nobody might ever have found out.”

The videos showed how Sinaga would push his victims to the ground if they moved about during the assault. He would turn off the lights and sometimes cover them with a duvet.

Those Sinaga brought back to his flat would wake up naked or partially clothed, often feeling “sick or disoriented”, the court heard. Sinaga told his victims he’d removed their clothes because they were covered in vomit and he wanted to make them more comfortable.

Sinaga did not wear a condom, however, none of his confirmed victims contracted any infections.

Oblivious to what Sinaga had done, most victims were friendly with him afterwards. One told the court: “As far as I was concerned, I thought he had done me a good turn. I agreed to be his friend on Facebook and I think I messaged him when I got home.”

One victim who came round while Sinaga assaulted him told the court he “could not move his arms.” He did not report the incident to the police, who only found out what happened because of the footage on Sinaga’s phone.

Police were later able to track down Sinaga’s victims because he had kept screenshots of their social media profiles. The rapist even kept his victims driving licences, bank cards, and in one case a phone as “trophies.”

Two years before his capture, police were called to Sinaga’s apartment after a victim whose girlfriend had reported him missing woke up there. The court was told the victim did not believe anything had happened, and police saw no reason to search the flat or question Sinaga at the time.

Reynhard Sinaga was sentenced to 30 years imprisonment for 136 counts of rape. The judge said he will “never be safe to be released.”