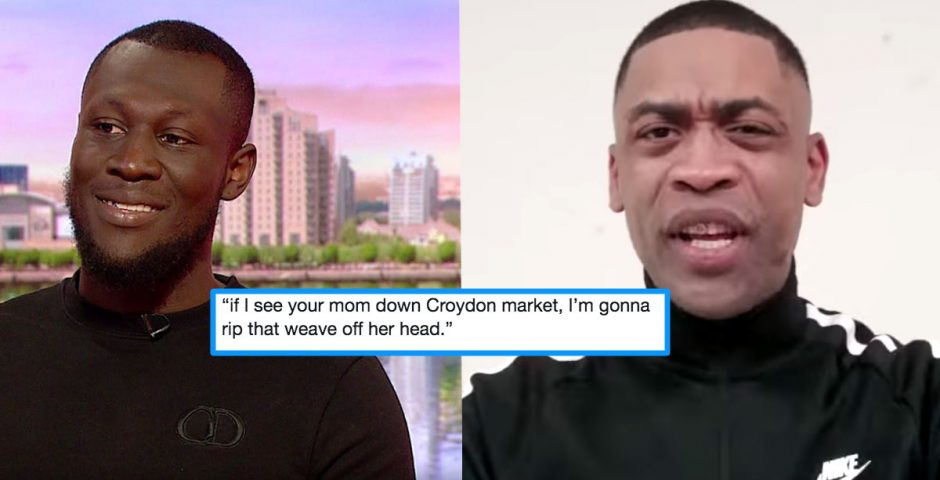 Stormzy has released ANOTHER diss track

Less than a week into 2020 and there’s already a feud.

Stormzy and Wiley, aka the Godfather of Grime, have continued their beef that started last year.

They are both digging each other out via Twitter and they’ve now both released music about the spat.

Here’s everything that’s gone down so far between Stormzy and Wiley:

Taking it all the way back to 2011 Ed Sheeran and Wiley released the song ‘You’. They then didn’t work together again.

Then last August Ed and Stormzy released a remix of ‘Take me back to London’. Shortly after Wiley tweeted: “I’m sick of people using grime to look good for two minutes.”

Stormzy then came back with: “No Wiley you know Ed been doing this from early, been a real one from early, can’t question that, you know I love you and respect you brother but nah don’t do that.”

Wiley also commented: “Anyone who uses us and our sounds are culture vultures… I’m getting my guitar and foot pedal out and I don’t wanna hear nobody moaning about nothing.” 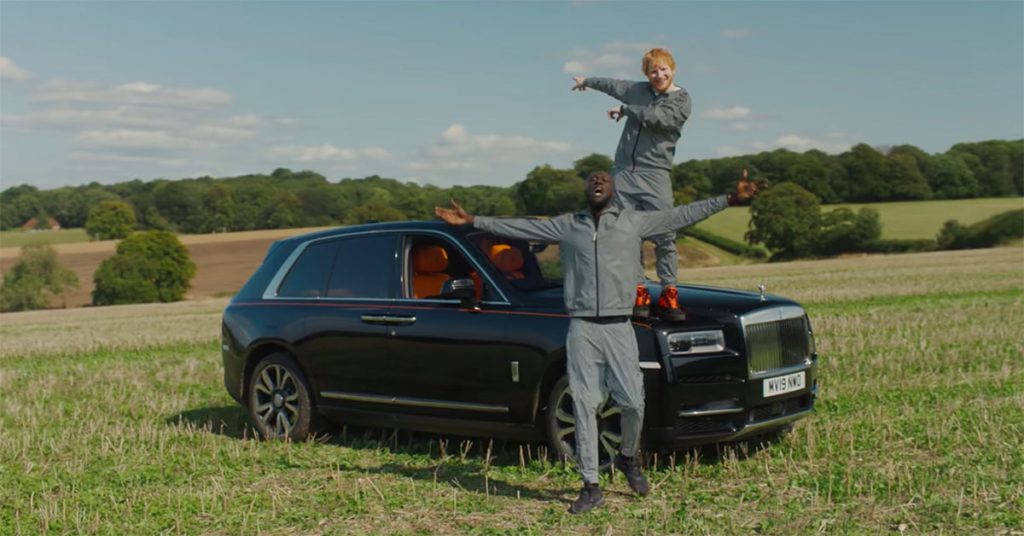 The grime artist Jaykae was featured on the remix and also jumped to Ed’s defence on Twitter: “Wiley’s so sour and amped up about Ed making a grime song that he hasn’t even clocked I spun his head off in my verse.”

Wiley replied: “Bro you just sit down and bask in the tinie bit of glory you think your getting. You couldn’t spin me not on a song with Ed nor on power.”

Ed addressed the comments in an open letter to Wiley, stating the song ‘You Need Me I Don’t Need You’ was about teenage angst not Wiley. He also expressed his love for the grime artist.

It then all settled down and no one said anything, but then on New Year’s day Stormzy commented on a tweet that sparked the whole thing off again.

Stormzy replied to Wiley’s interaction with a Twitter user about fellow rapper JayKae as Wiley wrote “Lol is with Stormzy and Ed”.

Stormzy replied: “I love you so much but you are so annoying fucking hell.”

Wiley then addressed Stormzy with his actual name and said: “Mike please let me merc jaekae in peace” and then quickly followed up with “Lol mike I don’t mean it but the pepper is the pepper I’m gonna try to be better mike.”

Stormzy then reiterated his love for the grime icon: “Lol yes please bro all I’ve done is love and respect you leave me alone you weirdo”

Stormzy called Wiley a fossil and things started to heat up

Wiley then escalated the spat by tweeting: “Do you want cos I’m in the booth now lol Cos it’s not a you get bright ting.”

Stormzy replied with: “Do what you want you fossil”.

Their continuous back and forth had Stormzy calling Wiley a “weirdo”, “old mc”, a “prick” and a “dinosaur”.

Wiley then brought Ed Sheeran into the mix

Wiley claimed Stormzy was a sell out and he is “with them”.

Mike don’t pull that stunt Cos you fren up with Ed and you pretend your with us but you ain’t your with them mike ???

And Wiley also said Stormzy and Ed look “weird together” along with a bunch of laughing emoijis.

Then they went in deep with various accusations at each other

They then get really deep with Wiley dismissing Stormzy’s claims he didn’t want Jay-Z to be part of his song with Ed.

Stormzy was interviewed by Scott Mills two days later whilst getting the first number one of the decade.

He said: “I don’t think we’ll be meeting up anytime soon. I think he just gets a bit ‘woop’ and then he hits the old social media. Obviously, when you get ‘wooped’ you’re not meant to tweet.

Stormzy also said he felt bad Ed had been brought into the beef: “This is why it’s even worse, because Ed’s the kindest, nicest soul ever. He’s just trying to travel the world and he’s probably getting notifications.

“But I said ‘don’t worry I’ll do all the trolling’. I don’t mind trolling Wiley, he loves it.”

In the track named ‘Eediyat Skengman’ Wiley says: “You never cared about grime, you just used it / Worse than Ed with your watered down music.

“It’s not homage, looking like a sly one, I know when a brudda and a label join together and they try one / They all copy me, they want some of my one / It don’t work though ’cause this my ting / And I’m the heavyweight champ of the grime ting.”

After Wiley was baiting him all day on Instagram, Stormzy released a short track called ‘Disappointed’ on his Instagram.

In the two minute video whilst nursing a brew, Stormzy calls Wiley out and says: “I came to your show, and moved to your brother in front of your dad”.

Other lyrics included: “Your old man just stood there pissed / I said pops, why you look so sad? Then you brought me out on stage right after, You fucking prick.”

“Go and back your bro before you suck my dick / About suck your mum, I soon bust your lip.”

“I’m so big that the only thing bigger than me last year was Brexit / I can’t tweet, I’m too reckless (Woo) / I’m too BBC Breakfast.”

Wiley was incredibly active on Twitter and Instagram following Stormzy’s release of Disappointed. He teased he was going to release a response track.

He also Instagrammed a picture of Stormzy and Maya, and then last night tweeted a video captioned “Stormzy cheats on Maya with Jorja Smith.”

It has never been confirmed if Stormzy did cheat on Maya.

Meanwhile Stormzy was meeting all his fans in Cardiff and even gave a bottle of champagne to a woman who had just had a baby.

I cannot believe we just met @stormzy and he gave us a bottle of champagne to congratulate us on the baby ?? Honestly you are the nicest guy! Thank you so much ? #Stormzy #Cardiff ? pic.twitter.com/aNVMIHpT5K

Wiley was completely savage in his take down of Stormzy and even brought his parents into it.

The song included the lines “if I see your mom down Croydon market, I’m gonna rip that weave off her head”, and “I’ve done more for you than your dad has”. Yeah he really went there.

“if I see your mom down Croydon market, I’m gonna rip that weave off her head.” https://t.co/l6qX4f9PXZ pic.twitter.com/noc9SGUIx7

Stormzy is in the middle of a press tour, prepping for a performance on Jimmy Kimmel next week and about to embark on a world wide tour and STILL has the time to drop a comeback track to Wiley.

Last night he shared ‘Still Disappointed’ to his Twitter and Youtube. He’s still nursing a brew and the background is more dramatic.

He goes in on Wiley’s treatment of his own mother dissing how Wiley left his mum in Cyprus, calls her a “whore”, says he’s going to start a petition to get Wiley’s mum back and says “Broken woman, I wanna mend her (Yes)/ Bruck her back and then bend her (Uh)”.

He calls all the males in Wiley’s family “weak” and Wiley’s sister a “little bitch”.

Stormzy ends the legendary song by claiming he’s the King of Grime, gives Wiley 24 hours to reply and blows a raspberry.

And more randomly Love Islander Amber Davies has waded in on the beef and shown her support for Stormzy tweeting “Stormzy wins.”