I really am sorry

We all dream of going to uni and coming out the other side with a first class degree and loads of money. Unfortunately for some of us that’s all it will ever be: a dream.

Just in time for the UCAS 2020 deadline, Adzuna has revealed which qualifications have the lowest earning potential so you know which ones to steer well clear of. The figures are based on analysis of over 500,000 CVs, revealing average estimated salaries per qualification five years after graduating.

The 10 UK degrees with the lowest earning potential after five years of graduating are: 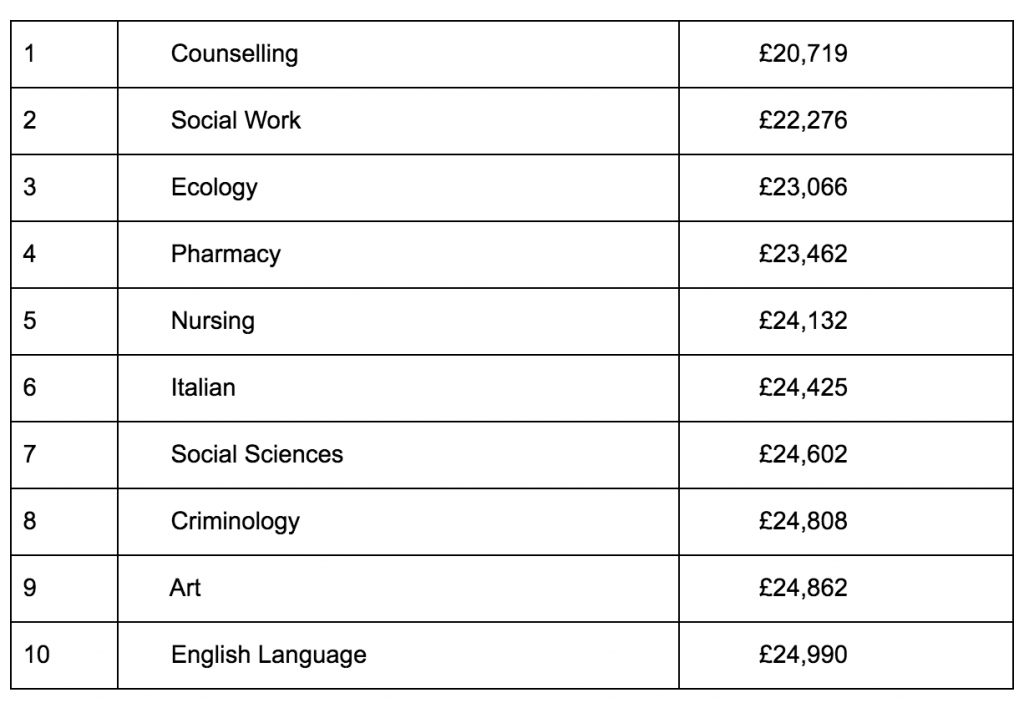 Care and creative industries made up most of the lowest valued degrees. Top of the ranking, so lowest in earnings, is counselling where graduates can only expect to be earning around £20k a year in the first five years after graduating.

Shortly following is social work (22k), ecology (£23k) and pharmacy (23k). Italian is one of the least lucrative degrees to study, despite other languages such as German being among some of the most lucrative.

With counselling and social work found to provide the lowest value within five years of graduating, further job market analysis from Adzuna has revealed that job vacancies in these areas have also seen a continued increase, as employers struggle to fill the roles.

• These are the unis everyone’s dropping out of