Come Dine With Me is the pièce de résistance of British television. It’s everything you could want from a programme and so much more. What’s better than sitting and watching clueless everymans cook for each other and getting drunk in the back of taxis? Nothing. That’s what.

These Come Dine With Me best moments will have you questioning the sanity of the entirety of the UK. Because yes, all of these moments actually made it to screen. Incredible.

1. When this guy stuck an entire whisk in his mouth to taste his dessert

When tasting your sauce you get a spoon in the bowl or stick your finger in, right? Wrong! Not if you’re this guy. I have no words.

The description for this video is simply: “Come Dine With Me – strange bloke” and I think that summarises it perfectly.

Peter from east Oxfordshire arrogantly captured our hearts. The Come Dine With Me contestant exploded when breaking the news that instead of winning the coveted £1000 prize money, as he expected, he had in fact lost. Peter Marsh will go down in history as the biggest legend Come Dine has ever produced.

“You won, Jane. Enjoy the money. I hope it makes you very happy. Dear Lord what a sad little life, Jane. You ruined my night. Completely. So you could have the money. But I hope now you spend it on getting some lessons in grace and decorum because you have all the grace of a reversing dump truck without any tyres on. [I don’t get it]. Well you wouldn’t, would you? There’s nothing in there, love. So Jane, take your money and get off my property.”

Still the best Come Dine With Me ever moment… pic.twitter.com/JhzLXYUuMB

I just want to know HOW he performed this so perfectly off the cuff? This is how I imagine my arguments in my head before I’ve had them. 10/10 incredible.

3. This woman was nearly as iconic as Angry Peter, but not quite

She’s often called Come Dine With Me’s worst loser ever, and I can see why.

“I don’t believe this, I really don’t – you put me forth. I’m really sad about that. You’ve really peed me off actually. My food was better than any of yours. Seriously, I am so shocked that you gave me what you did. My presentation was amazing. Far better than any of yours – and I’ve come fourth?! I’m so upset with all of you. I could have given you a zero cause yours was shit! Do you know what? I don’t deserve fourth! I’m sorry I’m going to bed, I’m so upset, that is so sad.”

Taking a minute to remember the best Come Dine With Me sore loser of all time. pic.twitter.com/Om8cj9zDGK

4. A snake was put on the actual dining table and it did a poo EVERYWHERE

WARNING: Do not watch this video on a full stomach. ?

5. When this woman made what she called ‘Steak Americano’ but everyone else called a disaster

Claire from Cardiff thought she had revolutionised cooking when she came up with Steak Americano.

Come Dine With Me – Worst Steak Ever

Her idea of cooking a steak included blasting them in the microwave for a bit, she served it all on a “plank” which was actually a chopping board and then she squirted the entire dish with BBQ sauce just for good measure. 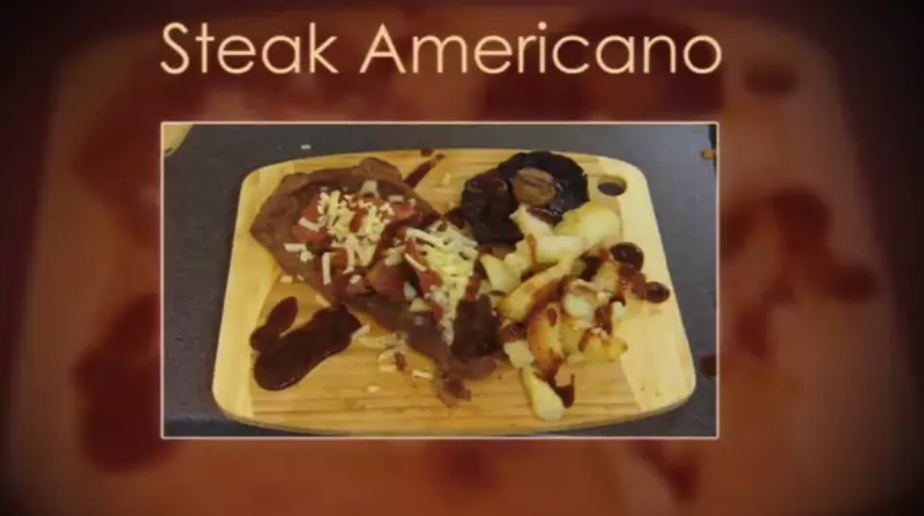 6. The guests were obsessed with one guy’s chest and the other guy was PISSED OFF

“You’re embarrassing me girls…there’s four of us at this table”. He was livid the women were swooning over the fit one and it was painful to see.

7. When even the narrator didn’t know what to call this awful dish

I don’t know what it was meant to be either. 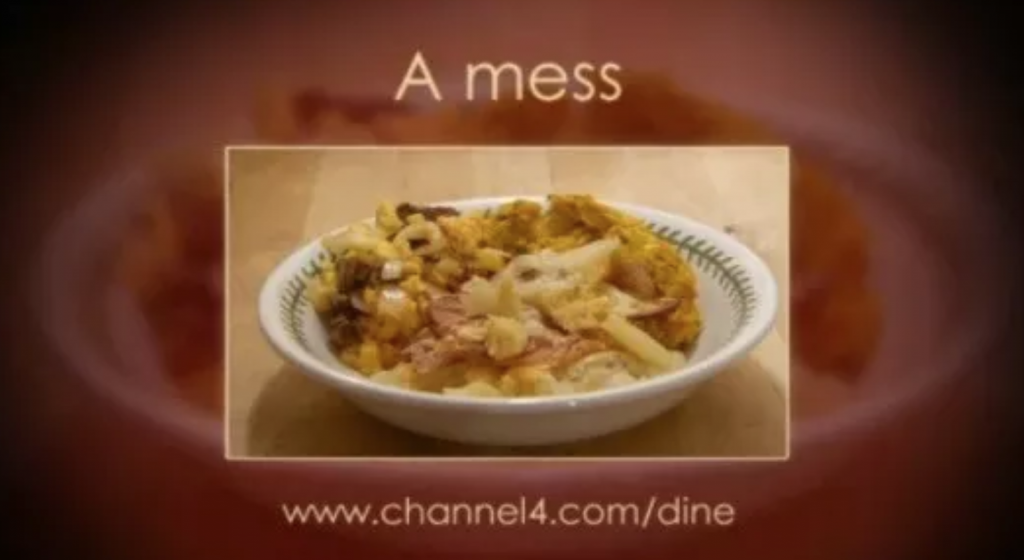 A mess will do.

8. This poor woman had the most epic fall ever seen on national television

I could watch this on loop all day and it would still be funny.

9. When nobody had any idea what this guy was talking about

This man was waaaaay too cool to be appearing on Come Dine With Me. He basically spoke his own language. His sauce was his “sweet nectar, the nekkle, the peng a leng.” Basically, his sauce was really damn good.

Sweet nectar aka THE NEKKLE aka THE PENG A LENG? this was the best episode of come dine with me pic.twitter.com/CrSK6MKn7J

10. When this guy tried sardines for the first time and nearly threw up at the table

Poor Mark really didn’t want to eat his sardine, so he attempted to hide it under the rest of his food. But when the other guests noticed him doing so, they egged him on to eat it.

Skip to just after two minutes in the video below if you want to watch Mark retching!

11. Never forget the woman who thought it would be a good idea to do a handstand at a dinner party

… against an open door.

12. Tina and her injured foot who basically cooked nothing

If you think we’ve missed out a classic moment, email [email protected]

• Yes, these 22 vintage but crazy moments really did happen on EastEnders!!!