Staying in the library over night, going slightly delirious and posting on the group chat about how much “hard work” you’re doing is sometimes the only way to get that essay done.

But not sleeping can massively screw up your body and brain.

That library session can have some serious side effects like impaired judgement, increased chances of depression and dementia, a lower sex drive, damage to your immune system and turn you into a hangry emotional monster, just to name a few.

Numerous studies have highlighted the damaging risk not getting any sleep can have on your physical and mental health. 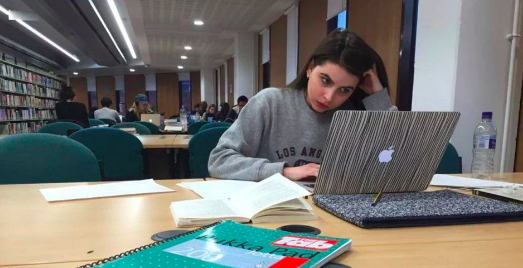 You’ll turn into a stressy mess

If you weren’t already stressed out by the fact that you’ve got a deadline, not sleeping is only going to make that worse.

“When you’re not getting sleep, you’re running on stress hormones like adrenaline and cortisol, so stress levels rise,” a board member from the American Sleep and Breathing Academy told Huffington Post.

And a study revealed that one sleepless night can raise anxiety levels up to 30 per cent. Just what I needed.

You won’t be able to focus

Missing even one night of sleep can “change the microstructures in your brain” and you’re missing out on “getting a brain wash to remove all the debris and toxins that accumulated in your brain during the day,” said Roy Raymann, the Vice President of sleep science and scientific affairs at Carlsbad, California-based SleepScore Labs told Huffington Post.

The pairing of this can lead to “impaired communication between your brain cells” according to Raymann. And this then hampers your ability to pay attention. It also means there’s a lack of accuracy and the next day “you will be less productive” said Raymann.

You’re not going to remember much

Every hour of not sleeping, your brain “loses efficiency” said Professor David Earnest in a 2016 report and MIT research suggests that lack of sleep causes the brain to not retain memories long term.

So don’t bother trying to go to a 9am after your all-nighter as you definitely won’t remember anything from it.

As if any more help was needed in the department of making bad decisions, not sleeping affects your pre-frontal cortex, which impacts your decision making.

So you can potentially make more decisions on impulse as we become “less able to assess the potential negative consequences of our decision-making.” said Nate Watson, co-director of the University of Washington Medicine Sleep Center and a SleepScore Labs advisor.

You will be HANGRY

Your body also metabolises any snacks you have really badly, so it’s harder to stay awake and just makes you more hungry.

So when you finish your all-nighter don’t be surprised if that McDonald’s breakfast just doesn’t hit the spot.

A cold really isn’t helpful in deadline season, but its also a strong possibility if you’re pulling a string of all-nighters.

Not sleeping can affects your body’s production of cytokines which are important for your immune system, and if your immune system is impaired “It could leave you susceptible to getting sick” said Terry Cralle, a registered nurse and certified clinical sleep educator in the Washington, D.C. area. 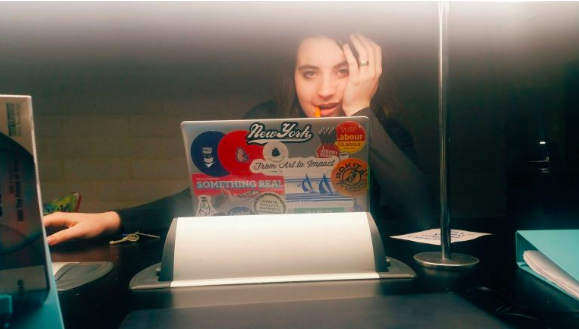 Depression and anxiety could be affected

You’re meant to get between seven to nine hours of sleep a night, but people who get less than that are more likely to suffer from depression and anxiety.

A study found lack of sleep makes people less able to tackle negative thoughts and disengage with negative emotions than those who get sufficient sleep.

Your brain will literally eat itself

Whilst sounding gross, this can actually be pretty serious.

So in the short term your brain eating old cells is great, but if happens over a consistent period of time caused by lack of sleep, your brain could be eating the old cells quicker than it’s making new ones according to a report in the New Scientist.

And this could potentially increase your chances of getting dementia when you’re older.

You definitely won’t want to get frisky

There’s zero chance of a quickie in the library loos, as lack of sleep lowers testosterone levels in men and women, which will impact your sex drive says Rose MacDowell, chief research officer at Sleepopolis.

You have an increased risk of a lot of serious conditions

Not sleeping means that you acquire a sleep debt, which is the difference between how many hours of sleep you should have and how many you actually get.

Chronic sleep debt has links to increased risks of heart disease, stroke and diabetes in a Harvard study.

•How to pull an all-nighter

•People who do all-nighters are more likely to get a first, according to science

•Revealed: The courses which have to pull the most all nighters to get work done