York student Katharine Macy has got an exam coming up in January, but it's on the backburner for now. In the early hours of Friday morning, she'll find out whether she's become a member of parliament. "I'll probably be revising for it at the count, if I'm 100 per cent honest with you," Katharine tells The Tab.

Katharine is running as the Lib Dem candidate in Selby and Ainsty, in York, alongside her masters in human evolution and a job. She manages it with "a very colourful timetable," getting up at 7am and going to bed at 1am most days.

With the Conservatives sweeping up 58 per cent of the vote in 2017, and the Lib Dems languishing in third with four per cent, Katharine admits her chances are remote. Despite Tuesday's YouGov MRP poll indicating the Lib Dem vote has doubled to eight per cent, she's still a way off. 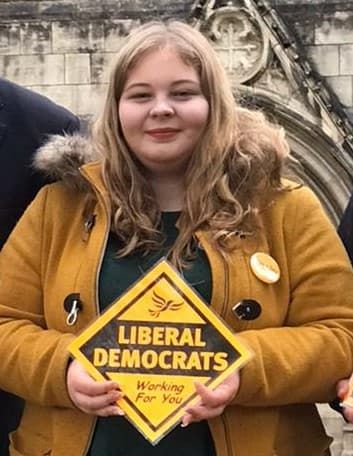 "I don't believe anyone realistically should be elected on their first try standing," she says. "Maybe one or two if they're truly spectacular because we do need young representation."

Although, if she pulls it off, she says it's ideal. "I'll be able to afford my PhD after I finish," she says "which is something I've always wanted to do." She'll try to finish her degree, but put politics first if it came down to it.

It's not just being a student that makes her background atypical for someone having a go at parliament. Katharine is autistic, cares for her mum, and her boyfriend died last year.

"People need representatives who have lived lives and have had tragedies and do understand what it's like," Katharine says, but reveals people close to her do worry what will happen if she gets to parliament. "This is something a lot of my family friends have raised. They're genuinely worried about me.

"One in particular, he was saying to my mother, 'I'm scared for her'."

That doesn't put her off, and Katharine adds: "If I step down, what about all the other people from my backgrounds or even more diverse backgrounds that don't feel able to?" 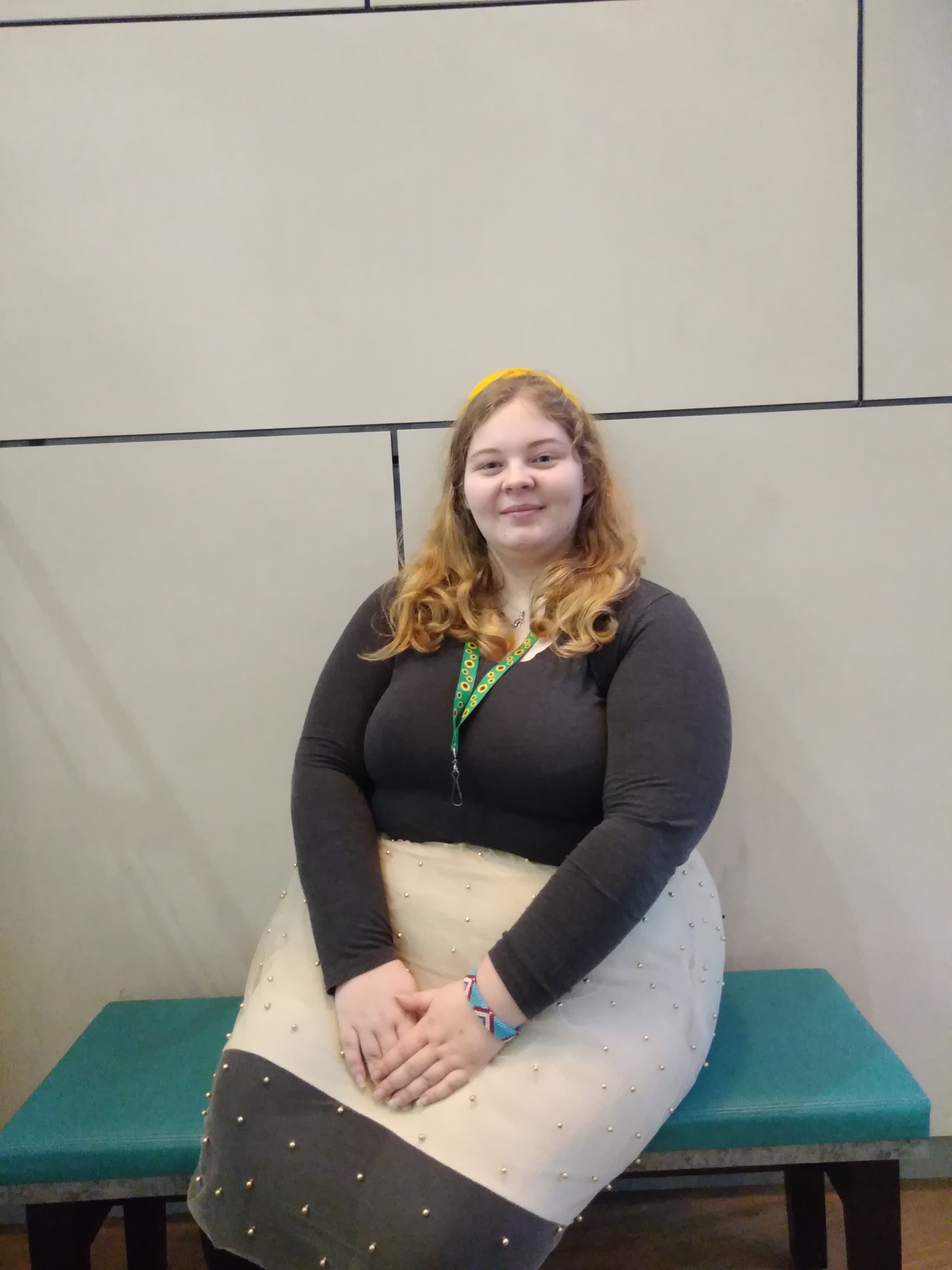 Like many freshers, Katharine joined the Lib Dem society at her Freshers' fair and kind of forgot about it. She found herself drawn back when she was "too awkward to say no" to going to a social. From there, it was a "tumble down the hill" to becoming a parliamentary candidate.

"I went through the process to be approved to be a candidate, because I wanted to encourage other people, I wanted to go to other disabled people like me and other young women like me and say, 'you can do it and we need you'," Katharine says.

"If I end up being one of 20 Liberal Democrat MPs, I would have second thoughts. I would be worried but nothing worth doing is easy. And if that's the fight to be had, it needs to be have now so we don't have to have it in the future." 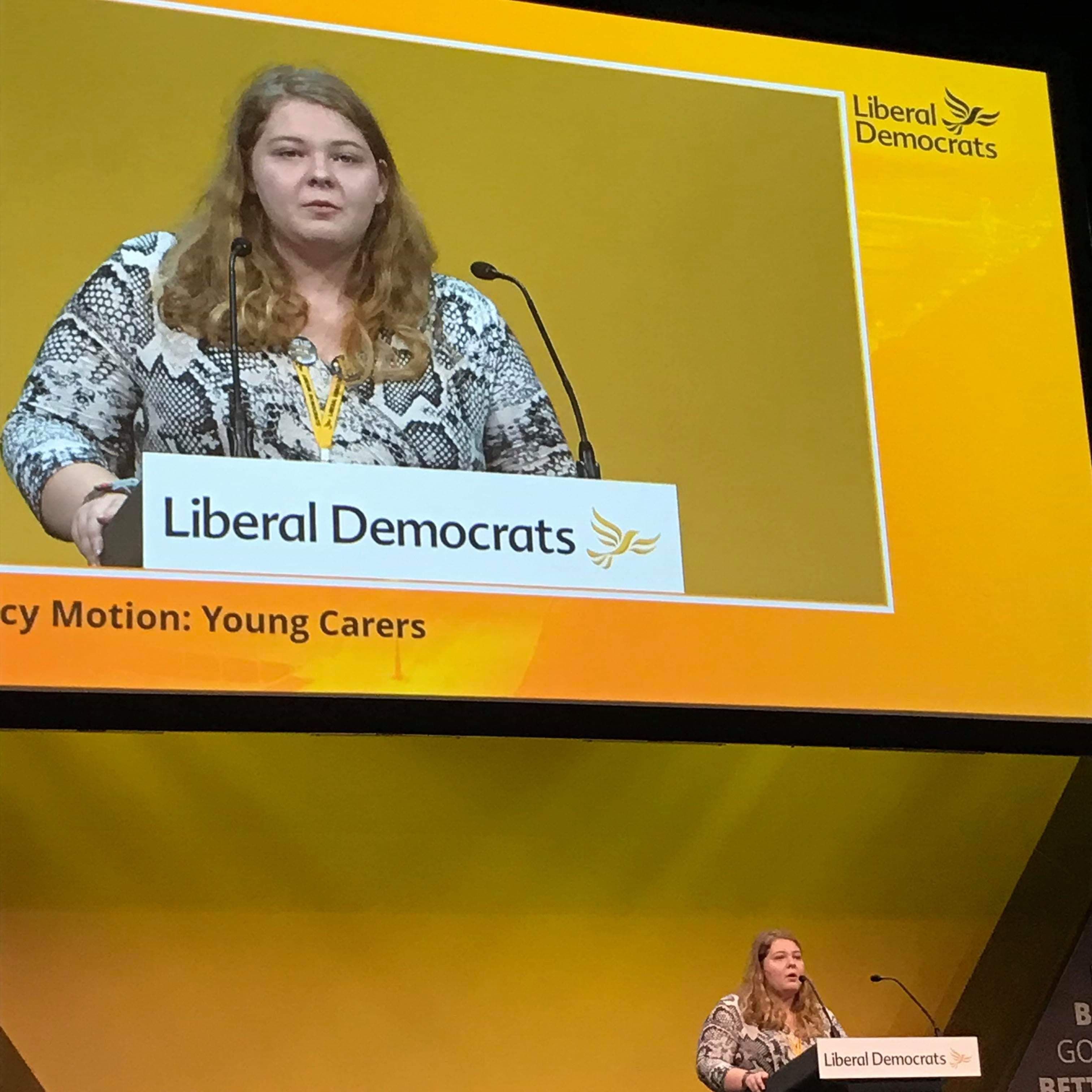 Being a Lib Dem and a student might raise a few obvious questions about tuition fees. "I remember being twelve years old and being heartbroken at the coalition," Katharine says, but insists the party should be allowed to learn from their mistakes, comparing the broken promise to "finishing an essay at 2am or that one extra drink you shouldn't have had."

On the doorstep, though, she says "students don't hate us any more".

Tactical voting is a hot issue in this election, with many seats seeing the anti-Tory vote split between the Lib Dems and Labour. Katharine was asked to step aside by the Green party in the constituency, but refused.

"In a place where realistically there's not even tactical voting to get the incumbent out, the people who want to vote Lib Dem deserve a chance to vote Lib Dem because a democracy is about choice.”

So what happens, in the likely event the Tories hold on to Selby and Ainsty, and Katharine gets to do her January exam without worrying what her maiden speech in parliament will say? "Even if I am met with disappointment on the evenings of December 12, I won't see that as a shutdown

"I feel – in two years time maybe when the next election is – I will be such a better representative. So I'll keep going."

• POLL: Tell us who you’re voting for tomorrow