The Apprentice interviews are the best part of the show, end of. It’s the episode everyone eagerly awaits. It gives us a chance to finally find out the business plans of the candidates and watch them get absolutely torn to shreds.

The Apprentice interviews have given us some golden moments in TV, here are the best – or should it be worst – moments ever.

1.When Soloman had an entire page of boat pictures in his business plan

Soloman Akhtar had the definition of a nightmare during his time on The Apprentice interviews stage. His face here sums it all up to be honest: 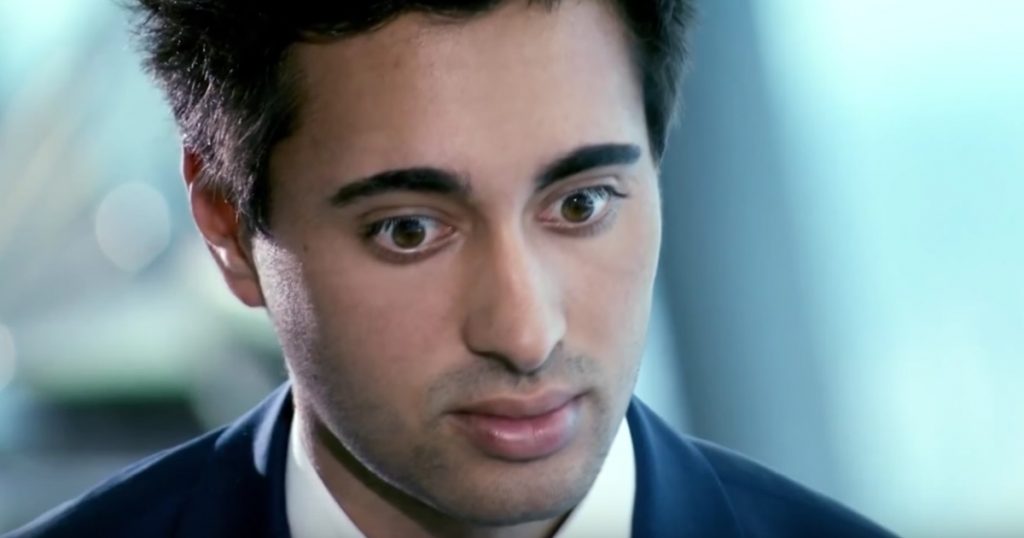 At first it seemed as though all was well. Claude said: “I’ve got to say when I read your application form and then when I read your CV it filled me with pleasure. There were no brags about how great you are or how you’re the greatest salesperson. It was very mature. That was a sheer pleasure.”

But then the interview began to fall apart. As Claude opened Soloman’s business plan he said: “Frankly it’s a bloody disgrace”. It took around 30 seconds for Claude to observe an entire page dedicated to pictures of boats, ask “what do you think you’re coming here for?” and tell Soloman, “you can leave”.

2. When Daniel was called out for lying about his numbers

2018 candidate Daniel Elahi was caught red-handed lying about his numbers. When asked about how many of his hangover curing sticks he had sold last year, Daniel said it was around 47,000. However, his Amazon page says “over one million sold globally.”

He then gets quizzed on how the figure appeared on the page and it goes from “I could’ve written that” to “it’s possible” to “it’s highly likely I wrote that” to “90 per cent likely” before concluding yes, he wrote it.

3. Lewis wanted to send his customers to Croatia, but couldn’t point it out on a globe

2019 candidate Lewis Ellis wanted to create a luxury travel brand for young people. He planned his first trip as being to Croatia. So, Mike asked if he had ever been there and if he could put a pin in Croatia on a globe.

It’s Week 11 and it’s time for THE INTERVIEWS. Get ready for a whole world of pressure. The face-offs begin tonight from 9pm on @BBCOne ?#TheApprentice pic.twitter.com/3HyaWczErH

The Apprentice interviews are with some of the toughest people in business. So rule number one should be to always stay professional and keep your business head on. So probably best not to walk in and greet Claude with a “yoo hoo”, just like Camilla Ainsworth from series 13 did.

5. Jade got ripped for forgetting she got an ‘N’ in her A-Level business studies

Series eight’s Jade tactically “forgot” about her N grade in A-Level business studies. Unfortunately for her, her interviewer did not.

6. Then Jade claimed she owned a website but she didn’t… the interviewer did

Jade was really not having a good day when it came to The Apprentice interviews. She then found herself in hot water all over again when she claimed in her business plan she had bought four website addresses to gather data from.

Mike told her she did not own one of the websites she had said because… he did. You couldn’t make it up. “I might have to buy that from you,” she awkwardly replied. Yikes.

7. Mike got savage again and bought products from Pamela’s company… which never arrived

Mike proved in 2019 that he still takes absolutely no prisoners when he was interviewing beauty brand owner Pamela Laird. She said delivery for products within the UK should take around four days. He then said: “I ordered products from your website 11 days ago and they haven’t arrived.” 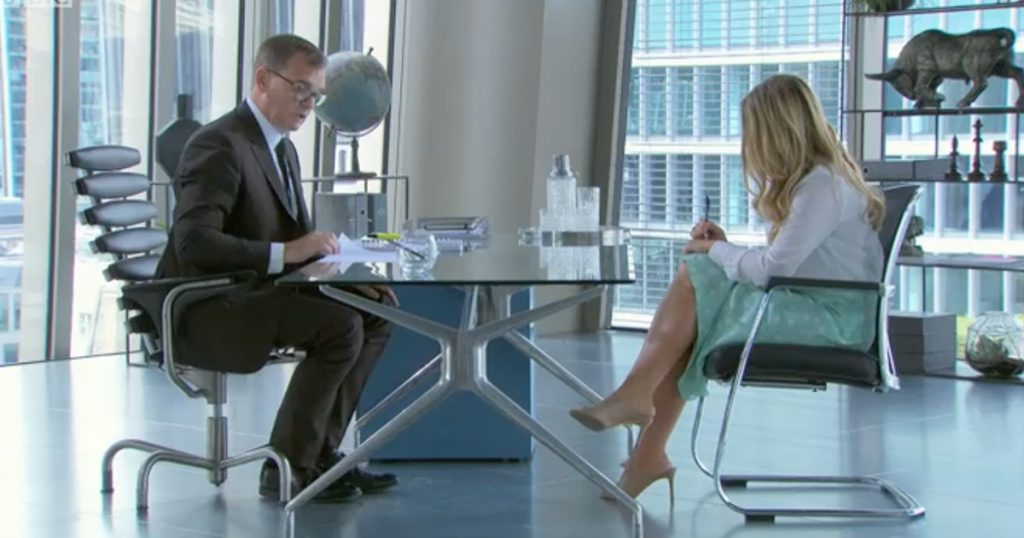 Shot of the series. #TheApprentice pic.twitter.com/RExMjwrwYv

8. Never forget that nobody would take poor James seriously

In series five, James just couldn’t catch a break. His interview was no different. His CV literally said “I put a leash on people who piss money up the wall”. Claude rightly so asked him: “Do you really think Sir Alan is going to want to hear that kind of language?” James said it was to make himself stand out, and Claude called him a prat.

His other interviewees called him “immature” and even the other candidates thought he was a joker.

In possibly the weirdest The Apprentice moment in history, Jordan in 2013 was trying to get the prize money for part of a company he didn’t even OWN. He also was only willing to give Lord Sugar 15 per cent of the business, which isn’t even the deal for the show.

“You’re a parasite, this interview is terminated.”