I mean tbh can it go any worse than your normal openers?

People are using Tinder to persuade their matches to vote against the Tories.

It's all thanks to a canvassing bot which sends your profile to a marginal, swipes yes to young people, and sends a message telling them to vote.

The message reads: "Hello there, may I ask if you're voting tomorrow? Cos Fuck Boris Johnson".

The FCKBORIS campaign – who projected "Boris is a wasteman" onto Eton – developed the Tinder bot as part of their campaign.

Yara Rodrigues Fowler, who's leading the Tinder charge, told The Tab the response has been "great". 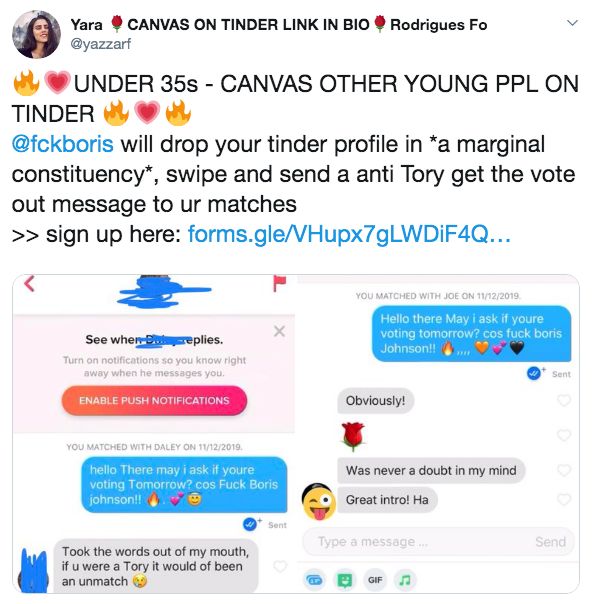 The bot was also used in the 2017 election to encourage people to register to vote. From there, Rodrigues Fowler says they managed to reach 30,000 people in marginal constituencies with anti-Tory messages.

"With a historic youth vote expected in this election, the Tories should be worried. The team is taking new volunteers all day."