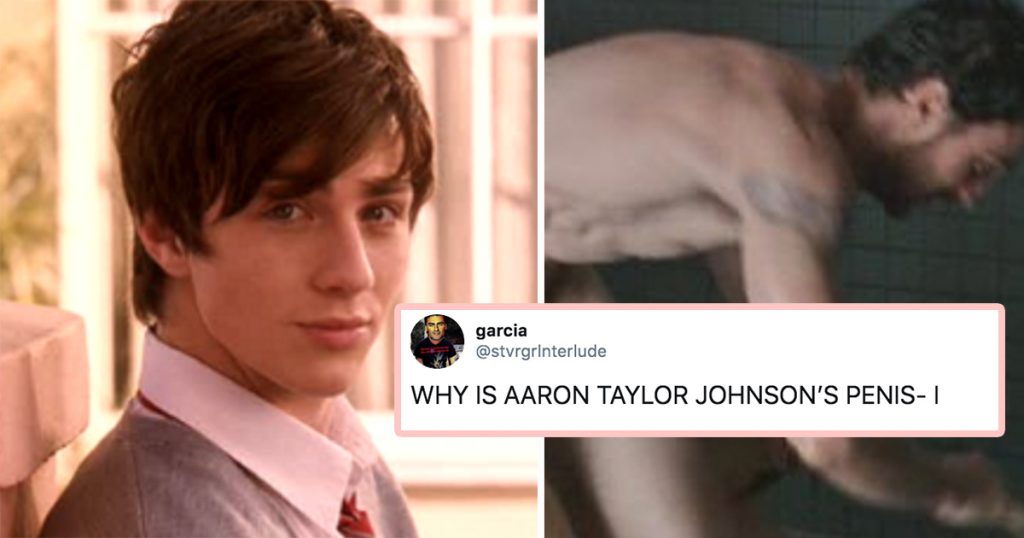 Angus, Thongs and Perfect Snogging will never be the same

Aaron Taylor-Johnson, aka fit Robbie from Angus Thongs and Perfect Snogging, gets his dick out in new film and no one can handle it.

The teenage heart-throb swings his rather large dick around in a clip that has done the rounds on the internet.

Aaron, along with wife Sam Taylor-Johnson, has created the film, A Million Little Pieces, based on the book by James Frey. The film is about a drug addict who checks himself into a rehab centre.

Whilst that’s extremely moving,  let’s be real as to why we’re here – the full frontal nude scenes of Johnson, of which there are plenty.

These are the 16 best memes reactions of Aaron swinging his Johnson:

been in love with aaron taylor johnson since i was like 13 and now i’ve seen his dick pic.twitter.com/98rJtWt5In

aaron taylor johnson’s LONG SCHLONG on my timeline i— pic.twitter.com/uHoHYJ75Dr

I KNEW AARON TAYLOR-JOHNSON WAS HUNG I JUST KNEW IT I FELT IT IN MY LITTLE 9 YEAR OLD BONES WHEN I FIRST WATCHED ANGUS, THONGS, AND PERFECT SNOGGING pic.twitter.com/q0LGlYKidU

aaron taylor johnson’s dick all over my tl yall- pic.twitter.com/seNQGuJdE8

me everytime i see aaron taylor johnson on my tl now pic.twitter.com/qab8RcwvDX

woke up to aaron taylor-johnson's dick on my tl pic.twitter.com/aTLx050Aly

Robbie has certainly grown up..

•This is what the childhood stars of Angus, Thongs and Perfect Snogging look like now

•How well do you remember Angus, Thongs and Perfect Snogging, 10 years on?