YouTube has revealed its most watched videos of 2019 and wow, what a year

Obviously Gordon Ramsay is on here

Among the top viewed videos is the classic James Charles and Tati Westbrook saga, Britain’s Got Talent moments and of course there’s some classic Gordon Ramsay in there too.

The site has also listed its top watched music videos including artists such as Ariana Grande, Ed Sheeran and Sam Smith. Here is the full YouTube most watched 2019 list. 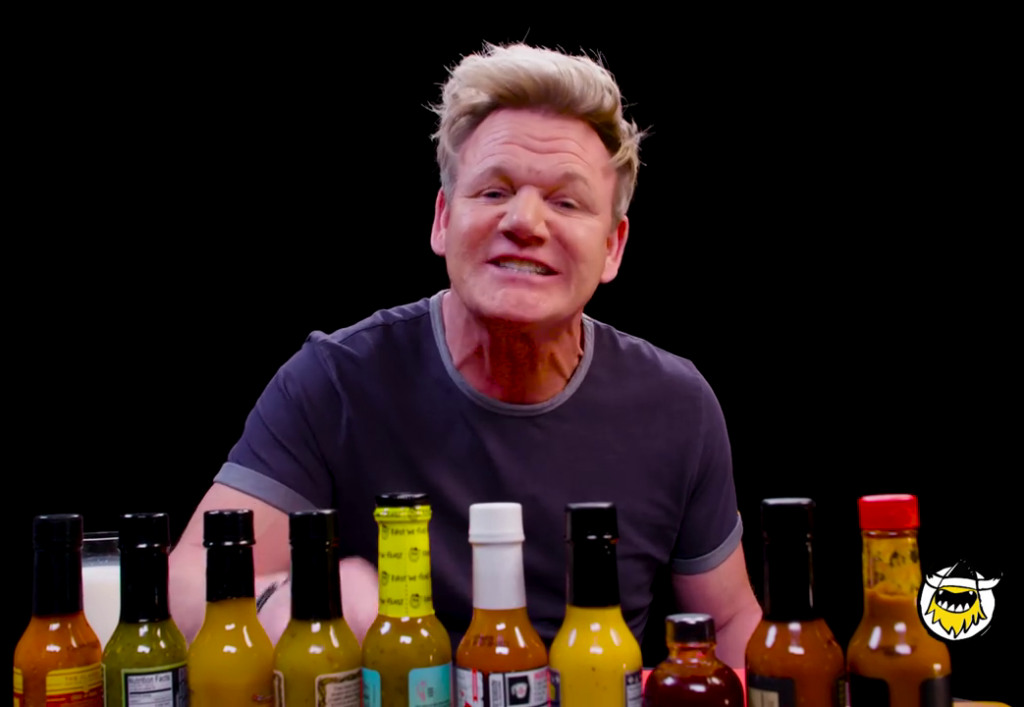 The following list shows the videos in order of their views in the UK – with their listed global views above.

Liverpool’s UEFA Champions League defeat against Barcelona was the most popular video on YouTube for UK users in 2019.

The James Charles x Tati Westbrook drama hooked the world, so it’s no surprise his video spilling the tea is up there as one of the top viewed.

The pair fell out when Tati posted her infamous (since deleted) “BYE SISTER” video accusing James Charles of all sorts. He lost millions of subscribers, then shared his side of the story in the “No More Lies” video and the world seemed to turn on Tati instead. It really was a lot.

This video does what it says on the tin really, it’s Tinder IRL.

It’s not surprising millions have tuned in to watch the absolute scenes that was this football moment. It looked as though Leeds were going to put the ball out of play to pause the game for an injury so all the Villa players stopped but no, they scored instead. Then the plot thickened when out of pure guilt and disgust at his own players, the Leeds manager told his team to let Villa score.

6. Make This Video The Most Liked Video On Youtube, MrBeast

Just a video about the record breaking Instagram egg.

The decription for the video reads: “As the Los Angeles Galaxy prepare to honor legend David Beckham with a statue outside the stadium, James Corden and the club assemble an intricate plan to prank David with, annoying fans, a half-hearted highlight reel and a statue that falls incredibly below the mark.”

I reckon almost all 28 million viewers of this video cried with laughter.

KSI released the hour long video in response to his brother speaking out about abuse.

I challenge you to start watching any genre of video on YouTube and not end up just watching Gordon Ramsay instead. This one of Gordon choking on some of the world’s hottest chicken wings is a classic.

And here are the YouTube most watched 2019 music videos:

9. Ed Sheeran – Take Me Back To London (Sir Spyro Remix)

• The votes are in: This is officially the best meme of the entire decade