I mean, was any attempt to hide the ending made?

Netflix has just released the first trailer for new show Messiah, which drops in January. However, fans have already predicted its big twist ending and have said Netflix social media accounts are blocking them for tweeting about it.

Messiah is a political thriller series about the sudden appearance of a young man in Syria. He claims he was sent to the earth on a special mission from his father and he gives off big Jesus Christ vibes. The show looks as though it could be all about the second coming of Jesus – but is that all a big con?

On Tuesday Netflix revealed the trailer for the new show, with the caption simply being: “Who do you think he is?” This hinted that the show’s twist is the character isn’t the Jesus figure he appears to be at first glance.

But Twitter is always one step ahead of the game, pointing out they were getting “Dajjal vibes”. Dajjal is an evil figure in Islamic eschatology – the antichrist. Fans have already predicted that the character in the show is in fact Dajjal and is leading people away for a different cause.

When one fan tweeted their observation, they claimed Netflix blocked on them on the official Netflix Twitter page and the Twitter page of the show.

However, when approached for comment Netflix denied blocking fans on social media. 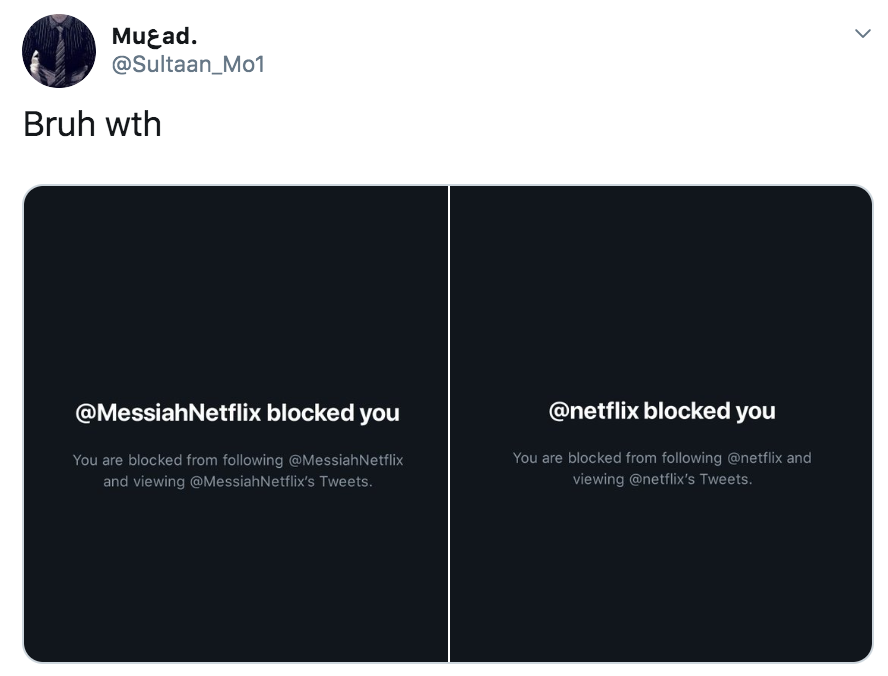 Fans have also pointed out that the story in the show already exists in the Quran. Which begs the question, did Netflix even try to cover up this predictable ending?

the fact that muslims figured out the twist ending of the netflix 'messiah' show b/c they LITERALLY NAMED THE CHARACTER DAJJAL pic.twitter.com/yGmENKE4ct

When is Messiah being released on Netflix?

Messiah will be a series and season one is released on Netflix on New Year’s Day (January 1st).

The Netflix synopsis for the show reads: “A wary CIA officer investigates a charismatic man who sparks a spiritual movement and stirs political unrest. Who exactly is he? And what does he want?”

Watch the trailer for Messiah on Netflix here:

When approached for comment Netflix said: “We have not blocked fans”. I guess we will have to see the true ending when the show is released. 👀