QUIZ: Which member of Queen’s death hoax lads group chat are you?

Yesterday evening news broke of the Queen allegedly kicking the bucket. The news was broken on Twitter, from a screenshot of a highly reliable WhatsApp lads’ group chat called “Old Times”, where a man called Gibbo announces Queen Elizabeth’s death. 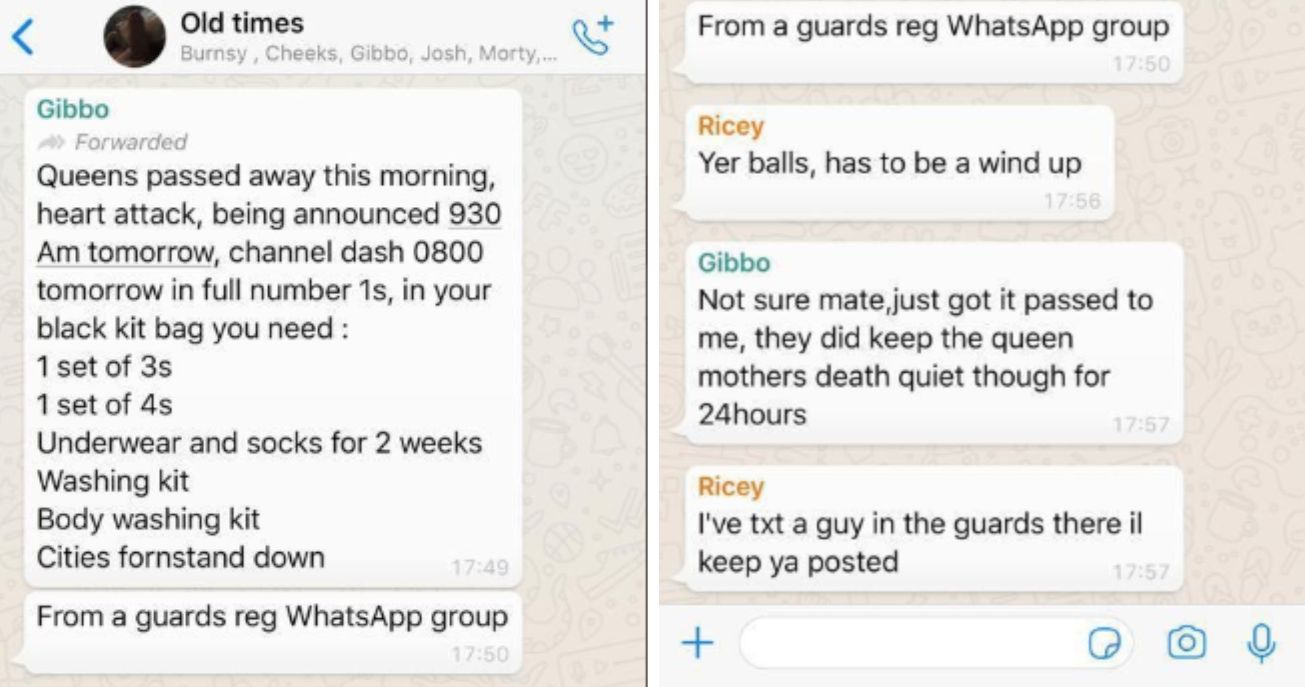 It was obviously eventually debunked as a big lie, especially when people realised that the group chat picture is indeed a dick pic. And that the group members are called things like Ricey, Gibbo, Burnsy and Cheeks.

But even though the Queen turned out to be perfectly alive, the boys of the Old Times group chat have become iconic. So much so that they even inspired a fake Buzzfeed quiz.

Well, jokes on Buzzfeed, because we made the real thing. Take the quiz below to find out which of the regicide leaking lads you really are: