After teasing us with new cast members and preview pictures, we’ve finally been told the date new episodes will drop.

Prepare for your January to be the greatest beginning to a year you’ve ever had, because the new season of Sex Education will be on Netflix from January 17th 2020.

Netflix tweeted a picture for the new episodes captioned: “Get in losers, the new term is starting. Sex Education s2 streaming 17 January 2020.”

The page then tweeted another picture of Adam (played by Connor Swindells) in front of an artsy mural promoting the new episodes. The picture was captioned: “Look at this naughty boy snapping our beautiful mural.” 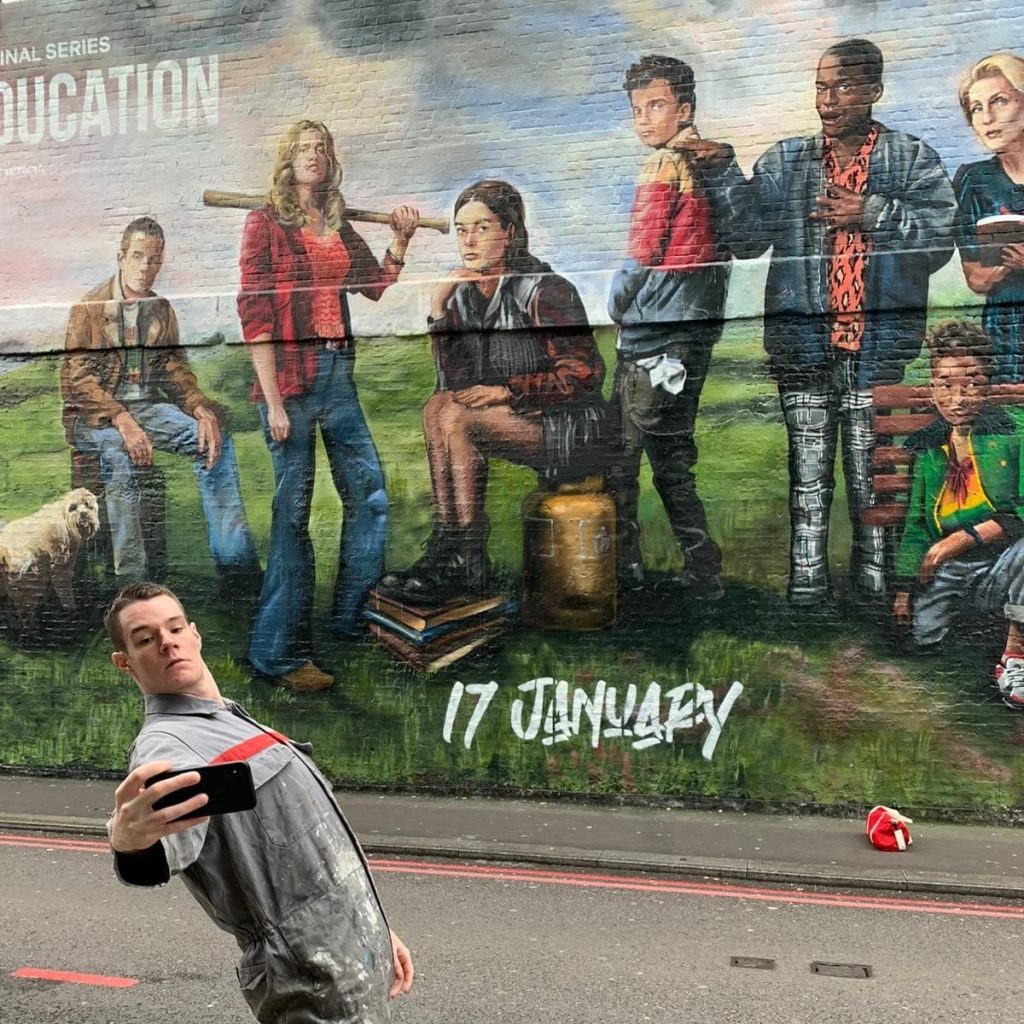 On the official Sex Education Twitter feed there was a live stream video of the release date being painted onto the mural. Netflix really doesn’t do anything by halves.

The mural shows all of our favourite cast members who are returning: Adam, Aimee, Maeva, Otis, Eric, Otis’ mum Jean, Jackson, Lily and Ola. It’s also been confirmed there will be three new cast members joining the crew. They are Viv, Rahim and Isaac.

• QUIZ: Which Sex Education character are you?