The founder of hot yoga is accused of sexual misconduct

Last week, Netflix released a new documentary about allegations of sexual misconduct against the founder of Bikram Yoga. The hour and a half show looks into his hot yoga empire and the claims that have been made against Bikram Choudhury.

The documentary looks at how his empire was built and the allegations made against him. It features interviews with women who say he abused them as well as journalists and those close to Bikram Choudhury.

This article contains some spoilers for Bikram: Yogi, Guru, Predator on Netflix. 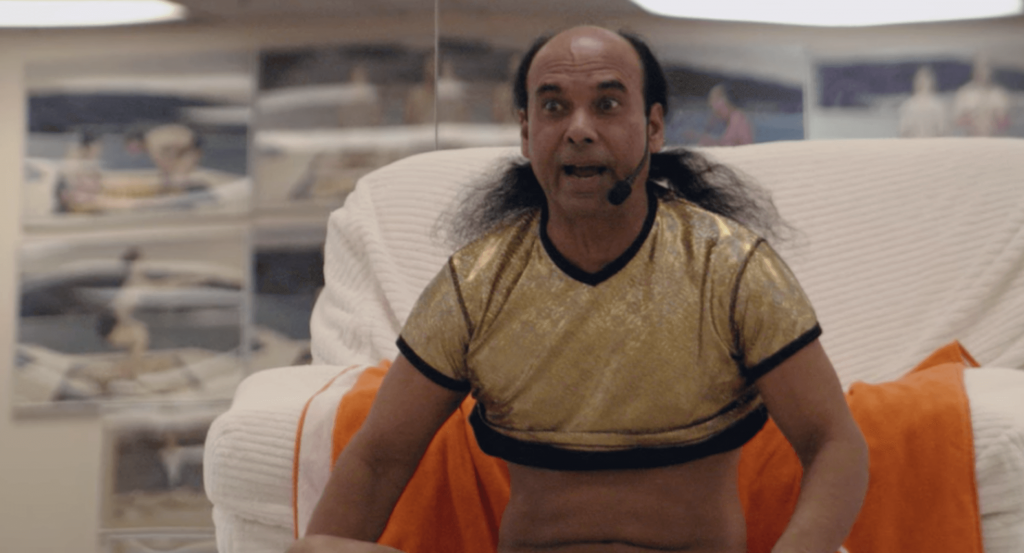 Bikram yoga is a style of yoga which is made up of 26 postures and two breathing exercises. The classes take place in boiling hot rooms and are designed to push your body to its absolute limit. Bikram Choudhury was said to have founded this style and even tried to copyright the sequences.

He would hold yoga teacher training sessions, often in hotels, that hosted up to 500 people in classes. The tuition was up to $10,000. This was what allowed him to live his celebrity lifestyle, driving classic cars, wearing expensive watches and living in Beverly Hills.

Bikram Choudhury soon gained the nickname of “yoga’s bad boy” and claimed his yoga techniques have affected more than half a billion people worldwide.

Students had a god like impression of him, he was seen as knowing everything in the world of yoga. He claimed to be a worldwide yoga champion, but later in the documentary it is revealed these types of contests didn’t even exist. The 26 postures and two breathing exercises he had tried to copyright weren’t even created by him. His entire empire was based on lies. 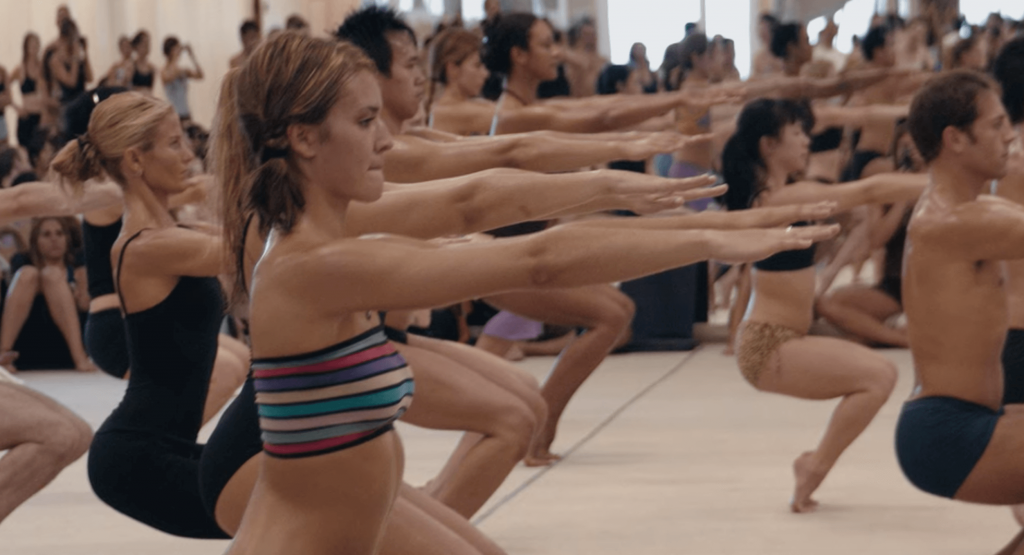 What is the Bikram yoga documentary on Netflix about?

The documentary covers the rise of Bikram yoga and how Bikram Choudhury created his hot yoga empire. It follows the classes he would teach to wannabe yoga teachers who were eager to teach under his name.

The documentary then goes onto to explore what happened when sexual misconduct claims about him began to surface. Woman on his teacher training course accused Choudhury of assaulting them whilst they were there.

The Netflix synopsis for the show says: “This documentary charts the rise and fall of hot yoga founder Bikram Choudhury as his global empire is born and disturbing revelations come to light.”

The documentary is categorised as a true crime and is one hour, 26 minutes long.

It is said in the documentary that Choudhury’s masterclasses would often take place in hotels. The students would live in the hotels for nine weeks, with Choudhury himself living in the Presidential Suite, despite having a house nearby.

The documentary contains interviews with some of the women who made allegations against Bikram Choudhury, as well as medical personnel on his training courses, journalists who studied him and his ex head of affairs.

One of the women in the documentary is Sarah Baughn. She says four days into her class she was called into Choudhury’s office when he asked her: “what are we going to do about us? Shall we make this a relationship?” She accuses him of behaving inappropriately during posture clinics and of assaulting her in his hotel room.

Sarah in the documentary

“We were all expected to stay up late with Bikram, he never slept”, explains Sarah. “We’d get calls sometimes at 3am ‘where are you? Come to my room, I need company I’m lonely’ and we’d watch a movie”.

Another yoga teacher, Larissa Anderson, dreamt of having her own studio. She was invited to Bikram’s Beverly Hills home. Two nights before she left, Bikram started a Bollywood movie and Larissa began to massage him. She alleges he started to kiss her and she pulled away.

He then led her to another room, where she thought he was going to apologise, but he sexually assaulted her. 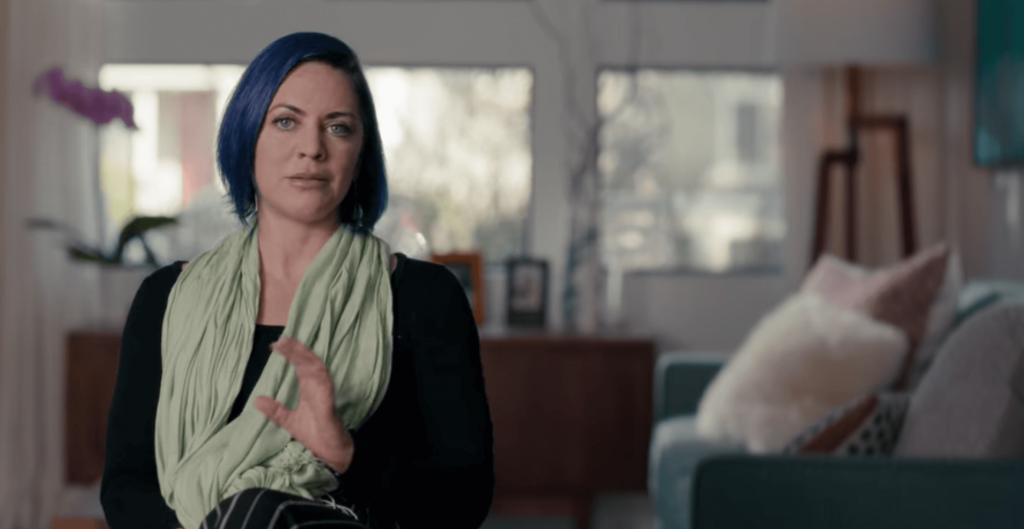 Larissa in the documentary

Students felt they had no choice but to go back to the teacher training classes after the incidents if they wanted to succeed in the yoga teaching world. They wanted to get onto the elite list of teachers who can hold seminars and classes under Bikram’s name. If they spoke out, they would be professionally exiled.

It was when Sarah’s daughter said she wanted to follow in her mum’s footsteps as a yoga teacher that Sarah decided she needed to speak out. Bikram Choudhury denied the allegations.

The documentary also features celebrities such as Kim Kardashian and George Clooney speaking in interviews about hot yoga and Bikram’s teachings.

More than half a dozen women came forward but interviewees in the documentary say the number of women he abused is much higher.

Bikram fled the country. The district attorney and LAPD refused to be interviewed for the Netflix documentary.

Where is Bikram Choudhury now?

At the end of the documentary, it is revealed Bikram Choudhury is still teaching classes over the world. He remains a fugative in the US, but no criminal charges or extradition warrants have been issued against him. He has done teaching training in Mexico in 2018 and Spain in 2019.

Six rape cases were filed against him in the civil courts. Four of these were settled – two of these were Sarah’s and Larissa’s cases.

The last post on the Bikram Yoga Instagram page was in February but if you search on the hashtag of his name, yoga influencers are still posting pictures with him. 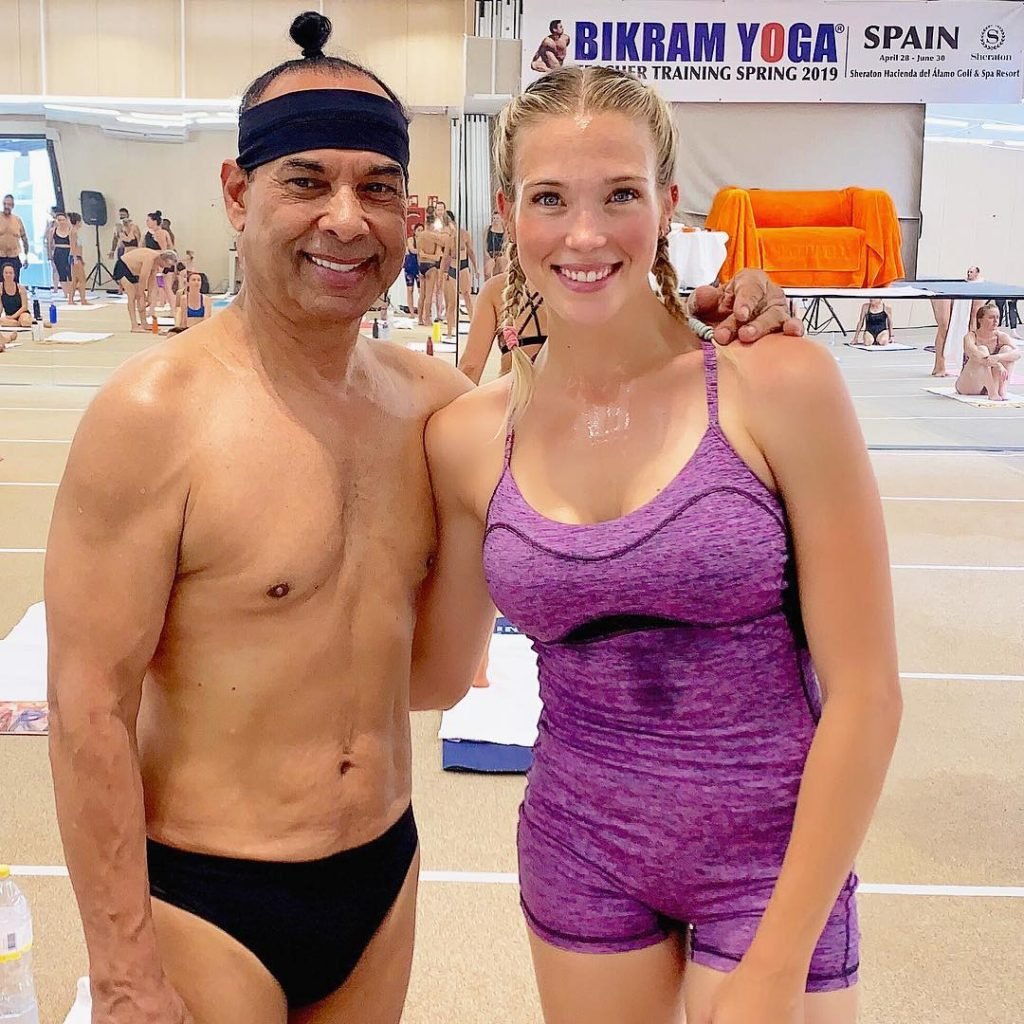 This picture was posted in June this year by “yoga lover” Patricia Montero. She is verified and has 559k followers. Comments on the photo include: “🤮🤮🤮🤮🤮” and “please don’t support this man”.