Netflix has released some brand new You season two preview pictures and tbh, I just can’t wait any longer.

The pictures show Joe Goldberg with his ex girlfriend Candace, one of him with new cast member Delilah Alves (played by Carmela Zumbado) and a final image of him creepily looking at his new obsession Love Quinn (played by Victoria Pedretti) in a food store.

Delilah Alves’s character is an investigative reporter who becomes interested in her new neighbour, Joe Goldberg. She feels he has something to hide. Joe’s new creepy obsession, Love Quinn, is an aspiring chef.

Here are all the brand new You season two preview pictures:

Marvel at them in all their glory.

Here’s Joe having an intense conversation with Candace:

And him with newbie Delilah the investigative journalist: 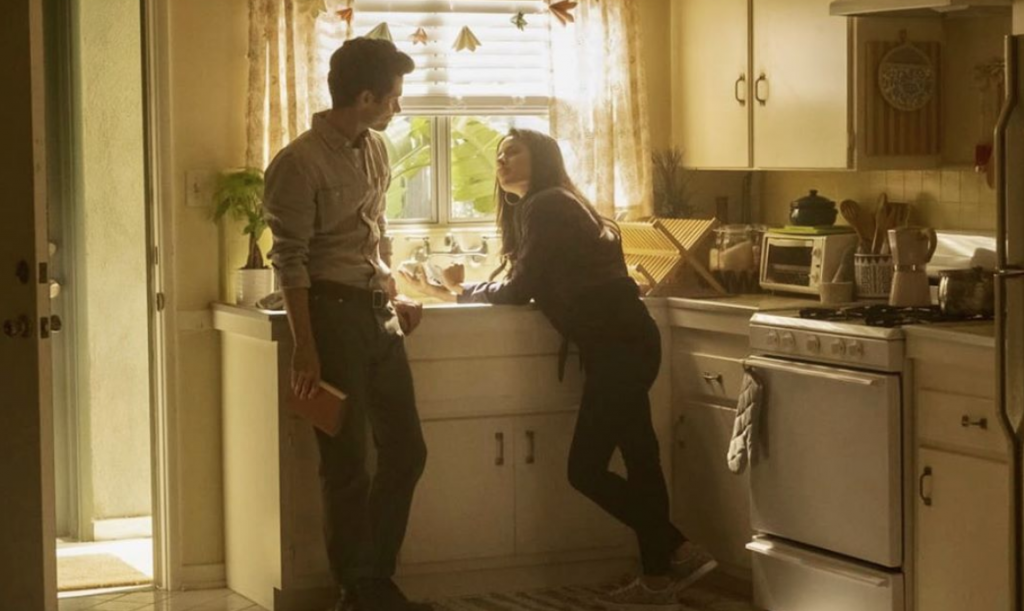 And possibly the creepiest picture of him watching Love as she shops:

Then a day later Netflix blessed us even further with a teaser video for the new episodes. The teaser trailer is 14 seconds long, and shows a montage of some of the characters.

I can’t even begin to describe how excited I am right now.

For all of the latest Netflix news, drops and memes you should definitely like The Holy Church of Netflix on Facebook.