Firstly, are they serious?

Okay I'm going to level with you. I don't know what Rober Dyas is – I'm not even sure it's a real thing. But I've literally just watched their 2018 Christmas advert and now I'll never be the same.

I have a lot of questions about this piece of film, but before we get you, reader, must watch it with your own eyes. Twice.

Don’t care about the John Lewis Christmas ad only wanna see how Robert Dyas follows up on this banger pic.twitter.com/ed6G5O6H0u

Firstly, this can't be serious? Can it?

No but really, despite the company tweeting their enthusiasm for a sequel, I refuse to believe this is a genuine paid for video designed to actually make you go to Robert Dyas.

The whole premise of the advert – that your sexual orientation makes no difference to the drills at Robert Dyas – would obviously be horrendously problematic if the execution weren't so outright insane.

Why do the people in the advert speak like they have guns to their heads?

This is probably an easy one to answer. Imagine you're a gay employee at Robert Dyas just going about your day and your boss comes along pitching this advert. What do you do? Do you say "no this idea is really stupid and actually borderline exploitative"? or do you go along with it and hope the store will magically blow up and kill you while you're filming before any of your friends see it? 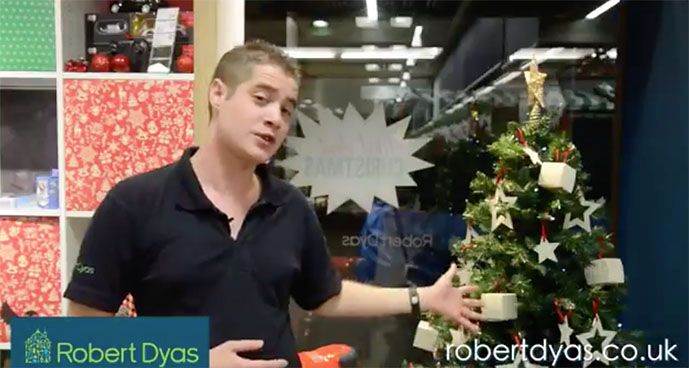 Obviously Marcus placed his chips on the latter option, and now his performance here is immortalised in the internet ether.

Why does Marcus feel the need to tell us he plays volleyball?

Despite speaking perfectly fluent English, Marcus's default introduction to himself is the sort of script you'd come up with for yourself in the run-up to your GCSE French oral. 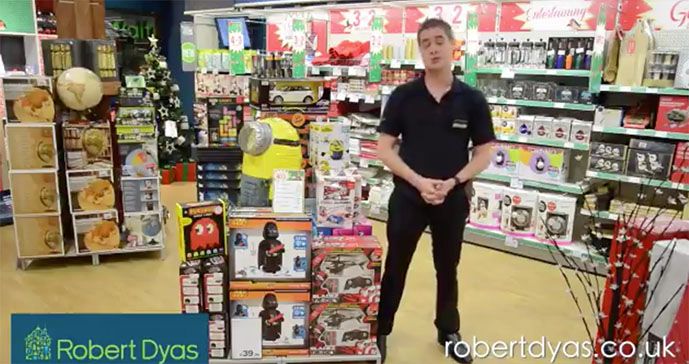 Maybe – MAYBE – the director was pulling a galaxy brain play here and crow-barred the line in to appeal to the volleyball player/power tool enthusiast crossover demographic. Or maybe there was no script.

Why in the name of God is a minion involved?

I really don't like that he pinches the top of its head and turns it towards the camera like that. 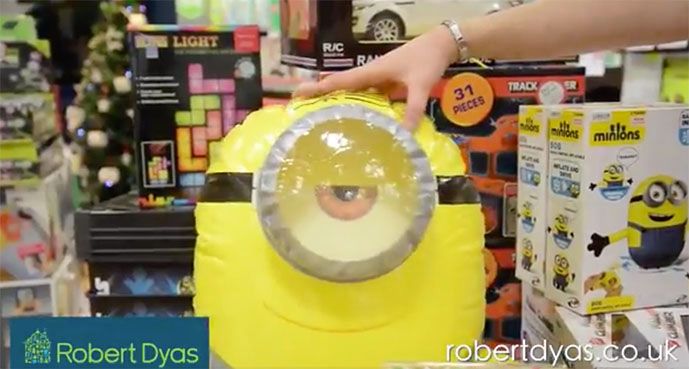 I really don't like the expression on the minion's face either. Also why is this thing here? I need answers Robert.

He just sounds so well rehearsed. Do you reckon he's a dab hand at these, or was he just really nervous? 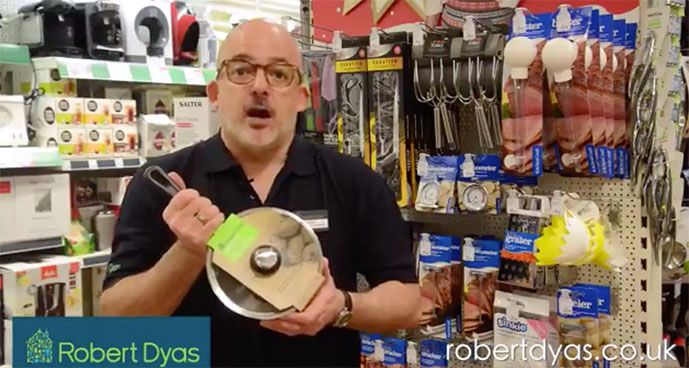 Also there is something quite impressive about just how still he holds that saucepan. I cannot shake the idea he is actually just a human head attached to a mannequin body and until James proves me wrong I am sticking to that belief.

Is what the bi lady says meant to be an innuendo?

She always finds something she loves, geddit… because she likes both… oh you know what? Fuck it. 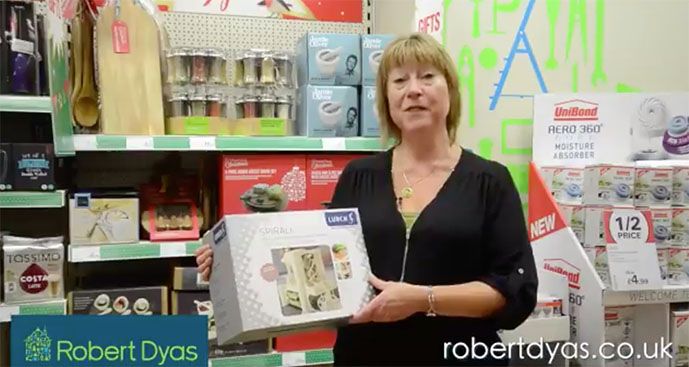 What did they have to do to convince the three 'customers' to declare their love for Robert Dyas?

There are three real life people whose sole responsibility is to declare both their sexuality and their love for Robert Dyas in cuts which last about three seconds each. Does everyone have to do this when they visit the store? Like, "Hi, I'm a lesbian, and I'm looking for dome AA batteries, do you know which aisle they're in?" 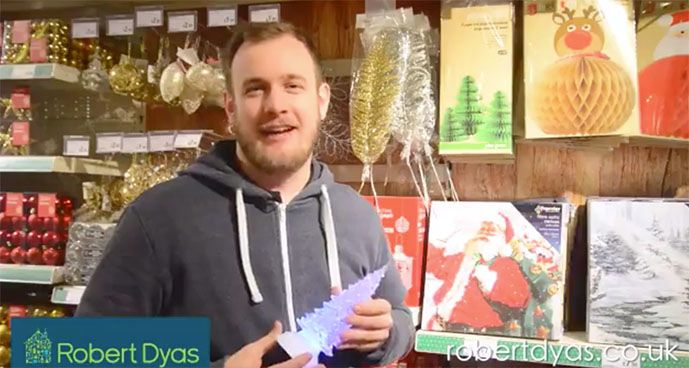 What's actually doubly clapped about the above image is that this guys is, like, really enjoying it??? Is it five-minutes-of-fame syndrome? Maybe he was a failed actor and this is his big moment. I'm choosing to believe he's just doing this advert for a laugh and that why he's got that grin on his face.

Why does this man pinch the drill like that?

Go back and watch the moment this happens. Do it right now. 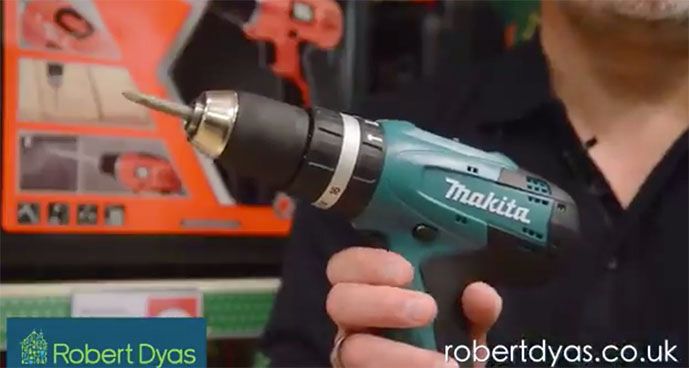 See what I mean?

Who came up with the slogan? Seriously I want names

To reiterate, the slogan is: "Rober Dyas, where gays and straights combine drills, and much much more." 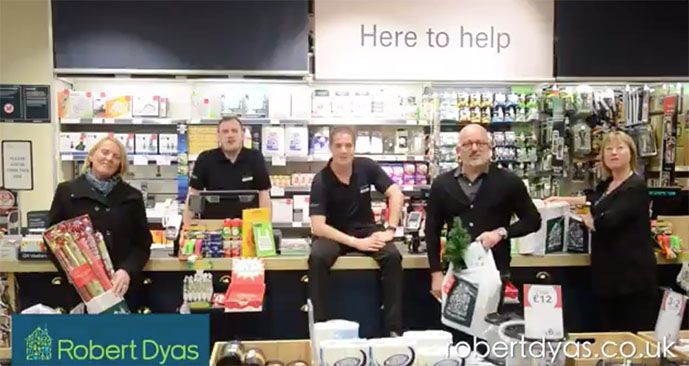 If the last 60 seconds hasn't convinced you to drop whatever you were doing and sprint to Robert Dyas, maybe this innuendo-laden bit of sex appeal will. What else do they combine in this weird place? What exactly do they mean by "much much" in this context?? It sounds kinky as fuck.

Who paid for this? Who was responsible?

On a serious note. People sat in a room and agreed this should happen. Actual money was spent – and in these tough times, you have to wonder what in the hell these people were taking.

Whether the aliens who made this were in fact right or wrong to do so will be up to history to decide, but I for one hope they are found and jailed for their crimes.

• Stop all the supermarket Christmas adverts because Aldi has already won

• Can you guess the iconic Christmas advert from a single image?