‘I have never experienced such harrowing scenes of anarchy, anger and police brutality’

“I was just passing through the protests and was on a road perpendicular to the main road. Out of nowhere the truck turned into our street and started shooting because there was a group of protestors throwing rocks.” Tessa Guild, a Durham student on her year abroad in Santiago, Chile says.

Tessa is one of many students studying abroad in Chile, where protests over subway fares have turned into violence and a police crackdown in the nation's capital. More than 20 people have been killed since the unrest broke out.

She told The Tab she has been tear gassed by a tank and has to queue to go to the supermarket amid fears of shortages. Other students caught up in the protests have been tear gassed, witnessed people ransacking pharmacies, and filmed flaming cars and trains. 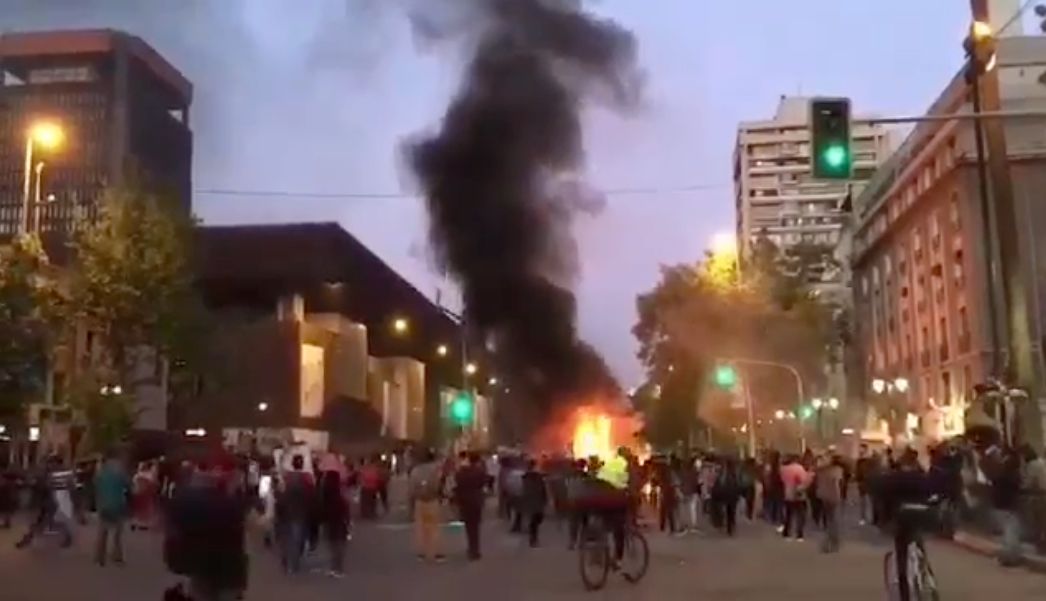 The protests were originally sparked by an increase in subway fares, and have resulted in military intervention with soldiers using tear gas and shooting at civilians.

A state of emergency was declared before being lifted over a week later on Sunday 27th October but protests are still ongoing.

Students from several British universities – Manchester, Birmingham, Durham, and Bristol among them – have been caught up in the Santiago protests. The Tab spoke to a few of them. 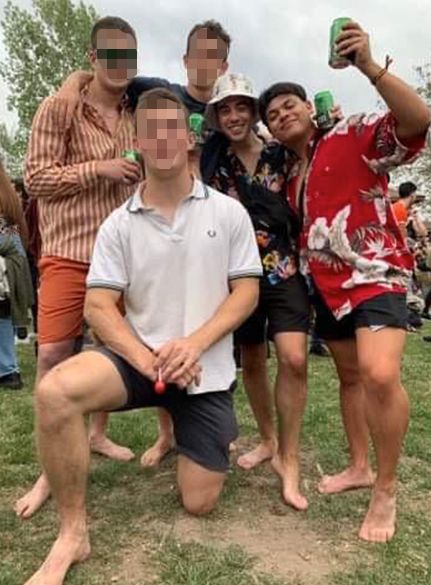 Alex Patt, a Birmingham third year studying in Santiago along with Bristol third year Marcus Trebino, was in the capital as violence broke out.

"I have never experienced such harrowing scenes of anarchy, anger and police brutality"

Alex posted this video on Facebook shortly after the protests kicked off, showing his reaction to an explosion going off.

Alex was advised to stay indoors, but couldn't help go out and see what was going on. "Whilst the majority of people were protesting peacefully by clanking pots, others were expressing their anger in other ways," he said.

Alex saw civillians ransacking pharmacies because they were worried they may run out of supplies.

In similar scenes, a video supplied to The Tab shows soldiers and protestors in a shop. 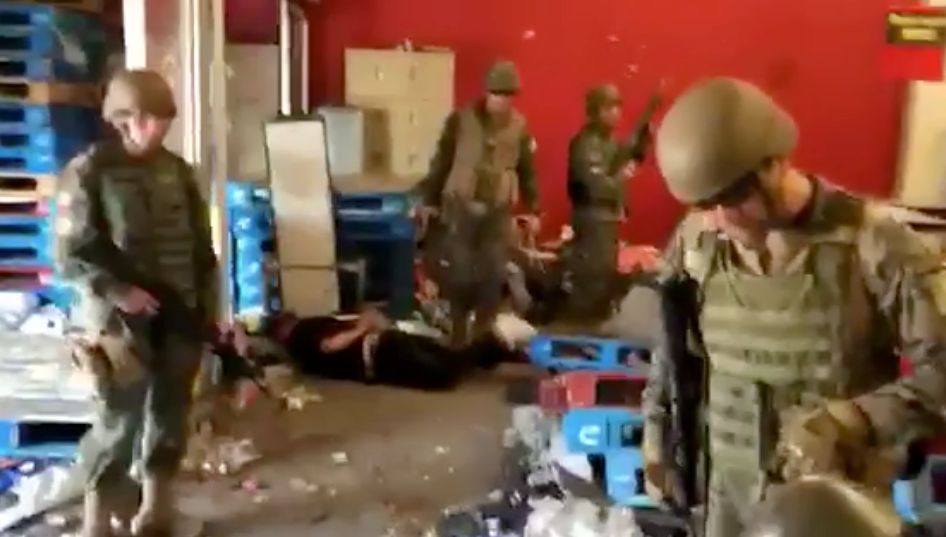 Protestors are lying with hands tied behind their backs as soldiers with rifles stand over them. 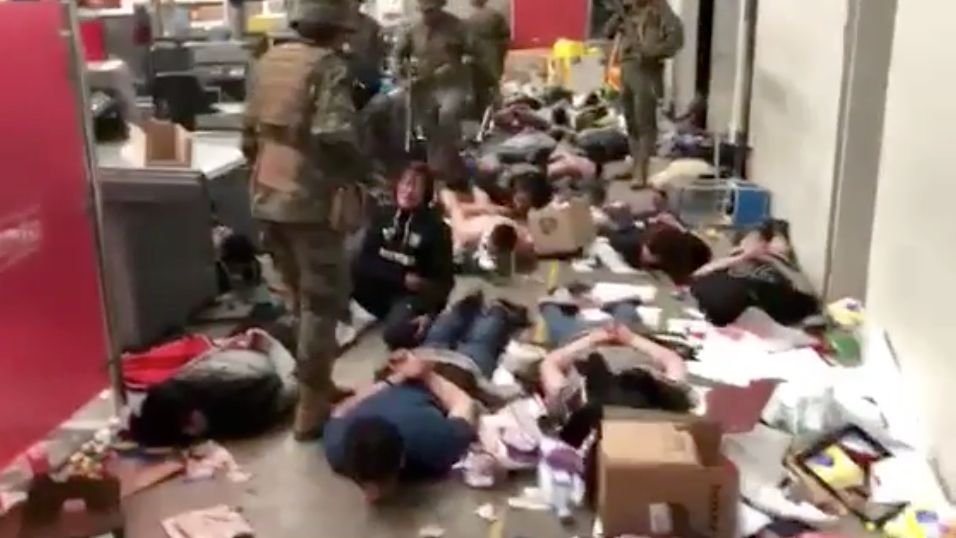 In total, the video shows up to 20 civilians on the floor, and 11 soldiers in the shop. 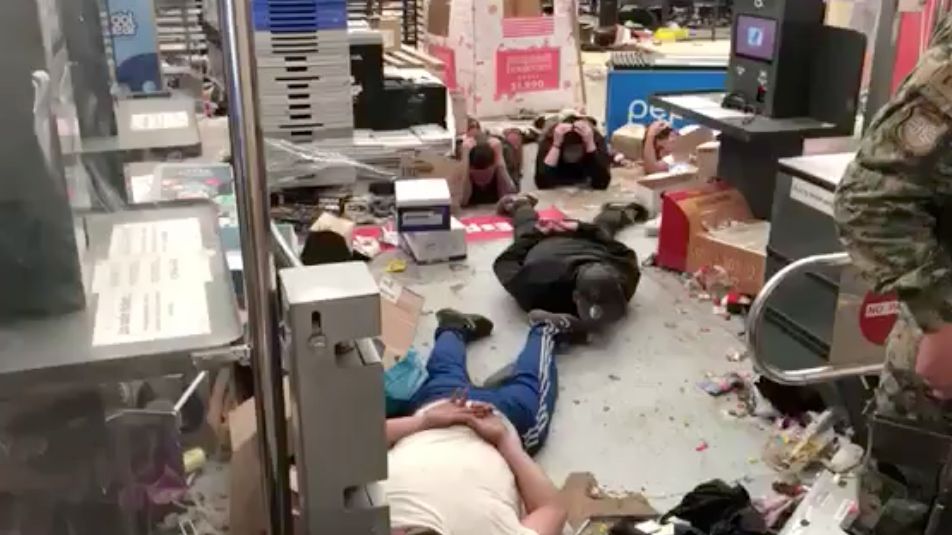 "Petrol stations were being broken into, buses blown up and burnt, supermarkets mobbed and robbed. Walking through the street there was explosion after explosion," Alex said.

"The bus network was suspended after people jumped on and set them on fire. The police are responding by calling in the army, who are firstly firing tear gas at the protestors (not pleasant, I can tell you that from first-hand experience now), and in extreme cases, actually shooting people." Alex said.

"I have never experienced such harrowing scenes of anarchy, anger and police brutality as I did yesterday in Santiago, on what the Chileans themselves are calling the darkest day since the dictatorship." Alex said.

Cars and trains are being set on fire

In other videos provided by the students to The Tab, cars and trains are being set on fire in the capital. In one, a car is ablaze in the middle of the road. 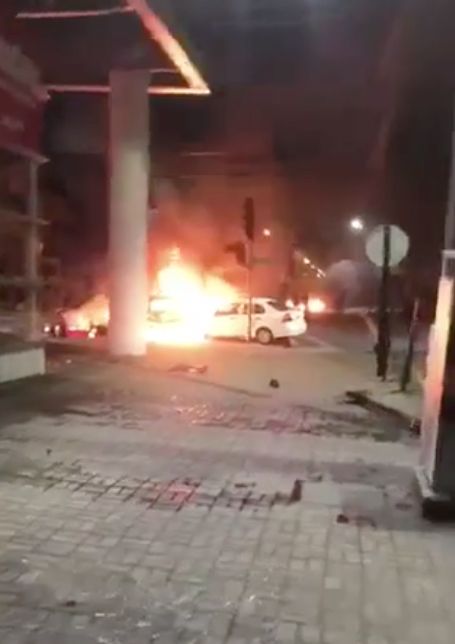 The same video shows a silver hatchback ramming against a shop. 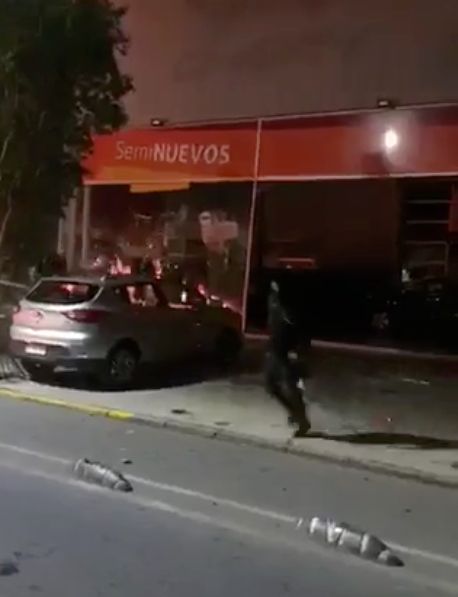 In another video, a train carriage burns as it sits at a station. 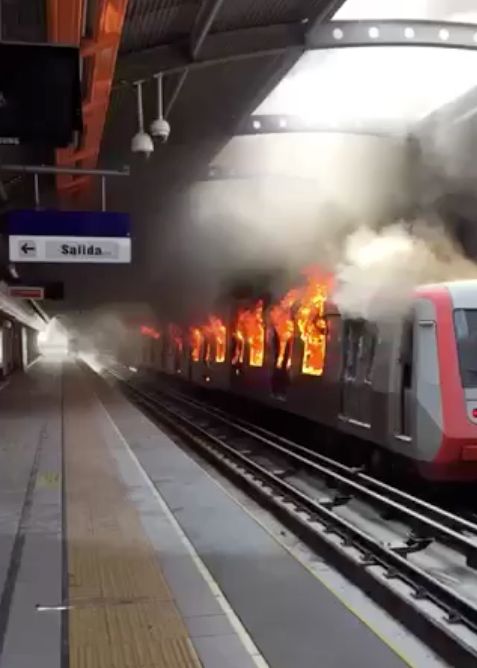 Olly Ferrao was walking along a park leading to Plaza Italia, the site of much of the protests, when a tank approached dispensing tear gas. The Durham third year said he didn't realise what was going on until people started covering their faces.

"It suddenly hit us with a strong stinging sensation. It was difficult to breathe because inhaling made it worse," he said.

After escaping down a side street, the effects wore off after a minute. 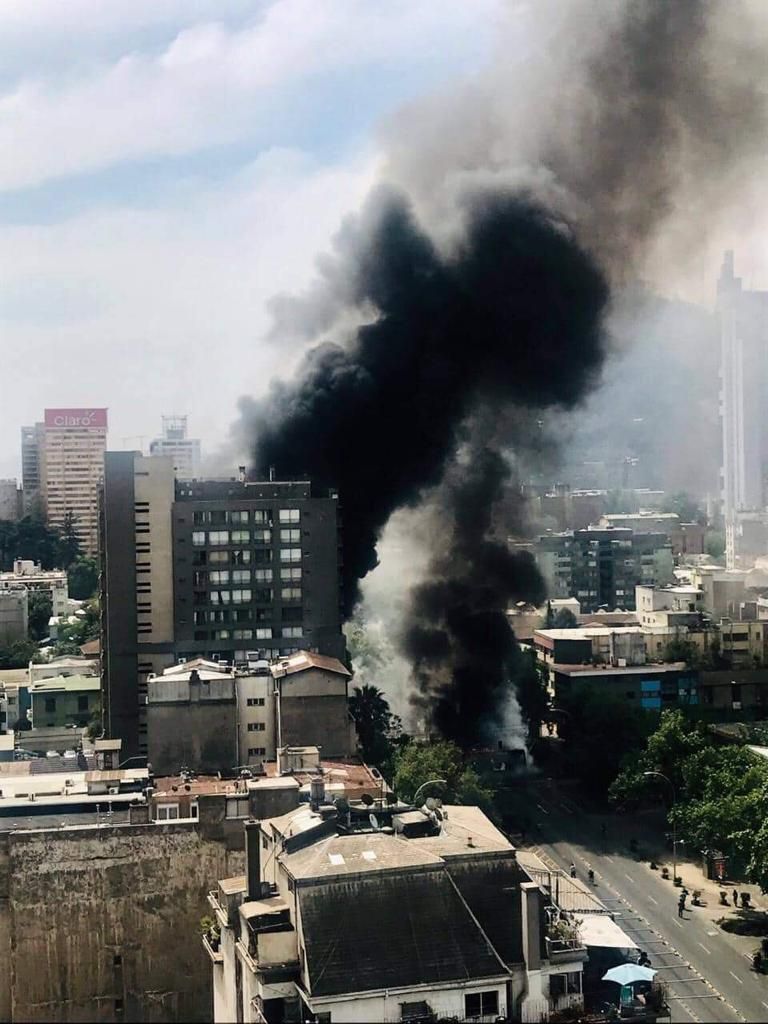 In a similar situation, Tessa was pursued by a tank shooting the gas. "Out of nowhere the truck turned into our street and started shooting because a group of protestors were throwing rocks," she told The Tab. 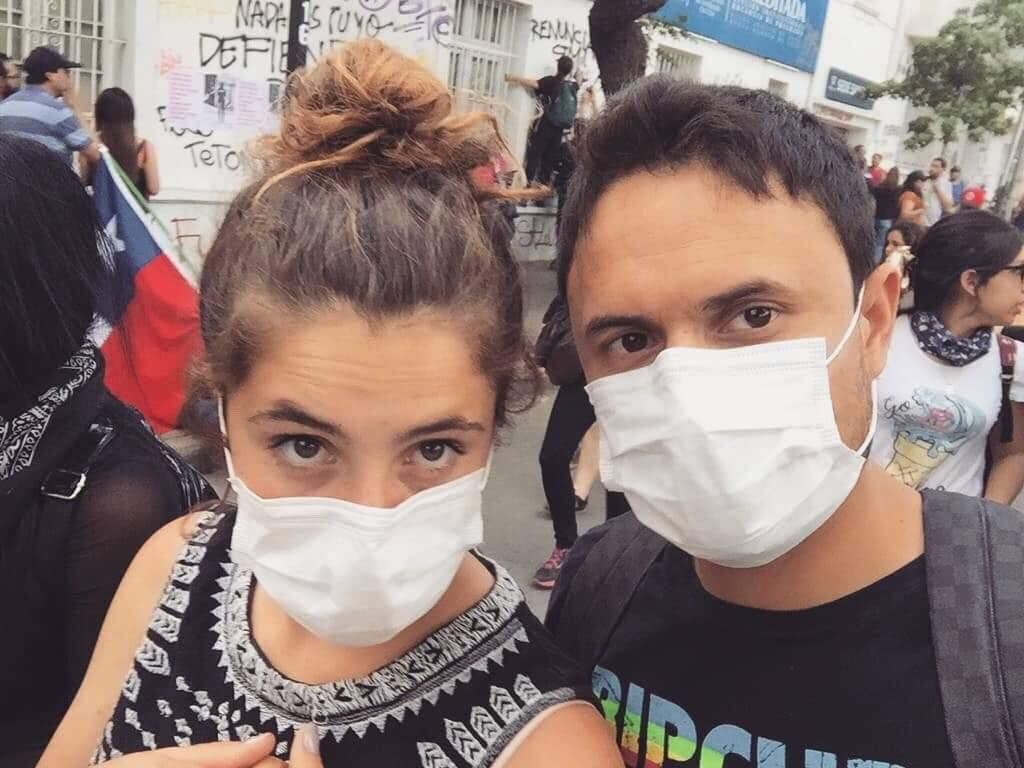 Tessa and her boyfriend during the protests

Alex was also tear gassed. "Your eyes water a lot and there's a strong mustardy sensation in your nose and throat," he said.

"It's very difficult to breathe."

Tear gas became so common during the protests that everyone started taking precautions. “Pretty much everyone, including people leaving work, had some sort of bandana protecting their nose and mouth in the event of tear gas, says Olly.

"People had lemon – which counteracts the effect of the gas on the throat – and water with baking soda which helps the eyes." 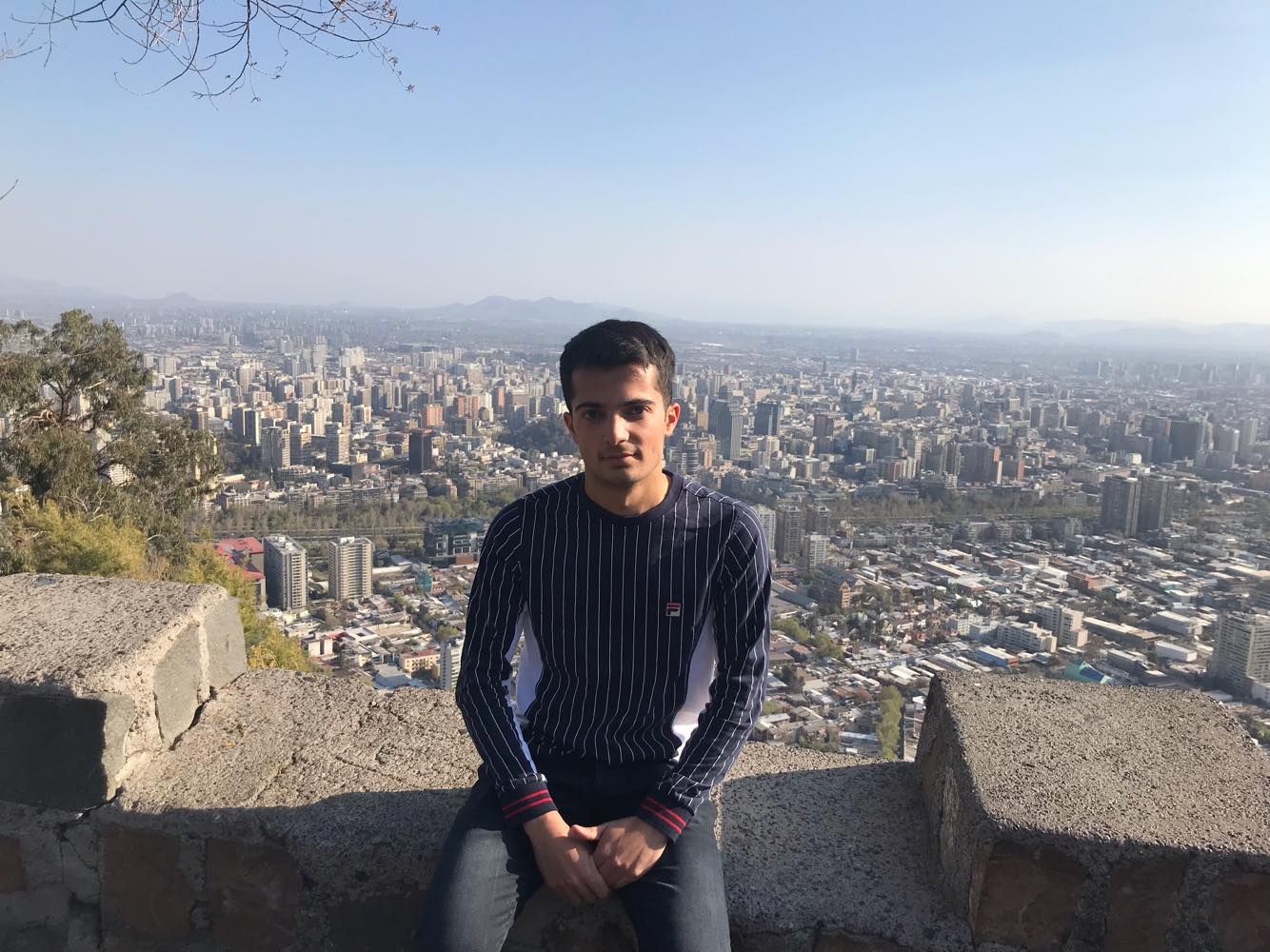 “It has been a serious concern of mine seeing the violence enacted upon the Chilean people, particularly given military presence in the streets of major cities.” Olly told The Tab.

Marcus Trebino, a third year Bristol student said: “The only danger has been when military has come into contact with protestors.”

He went to a march that took place on Saturday and was attended by over one million people demanding the immediate resignation of the president.

“It was completely peaceful and incredible to see.

“It’s been very moving to see such a large proportion of the people come together.” Marcus told The Tab.

In Santiago, protests of mainly young people have focused around the epicentre of Plaza Italia. Chants of "Chile desperto" (Chile wake up) have been adopted, which Olly describes as "a motto for the protests and the desire for social to change." 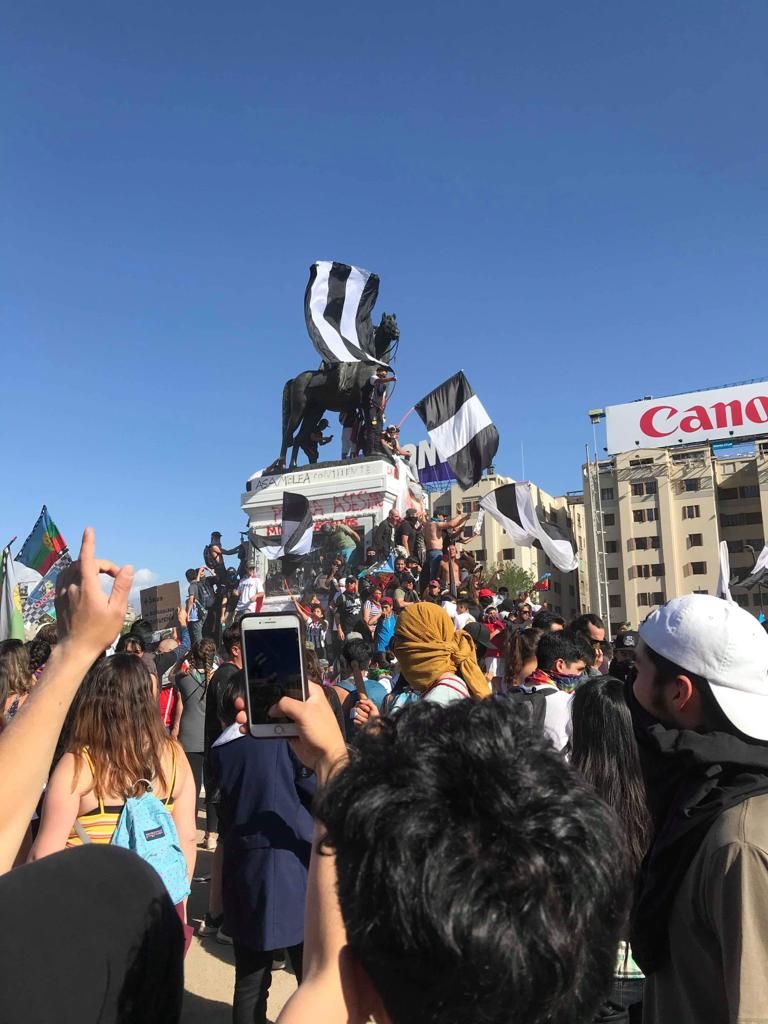 Other students have moved to Easter Island, which is a Chilean territory. Protests continued there, with students marching through the streets.

Although Marcus remains calm, others were worried.

When Bristol Uni got the news that everything was kicking off, their immediate response was to try and get their students out.

Marcus painstakingly negotiated with senior management convincing uni to let them stay on the grounds that protests were mostly peaceful, quite localised and the area the students were staying was relatively unaffected.

The university compromised by putting the students up in a nice hotel for a couple of days.

“When Monday came around they finally came to the conclusion that it was safe and that we could stay in Santiago for the remainder of our time here."

As the mass protests carry on, Chile has pulled out of hosting a UN climate change summit in December. Protestors continue to march, and more than 7,000 people have been arrested.