Thank god for that

A bag of sex toys has been found dumped at the side of the road in Somerset.

The discovery was made by Richard Lees, who took a picture of the abandoned toys and posted them in a local Facebook group. But unsurprisingly, no one has come forward to claim their missing property. 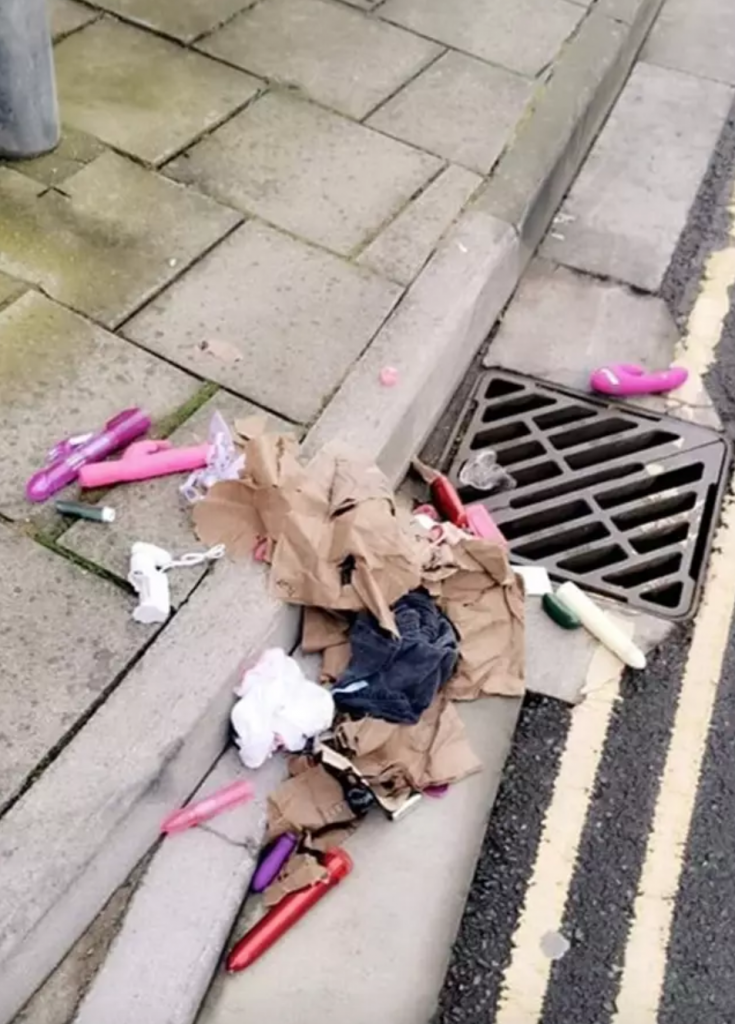 Richard posted the photo in the group, called “The Bridgewater Bullet” (makes sense), captioned: “Behind NatWest bank in town. ?” He later added a comment to the post saying: “Only a couple left now. I took the two pink silicone ones so the rest is yours”. Another resident added: “I bank with HSBC. I’ve never really got a good vibe from NatWest.”

The bag contained around 10 vibrators and was apparently left behind a NatWest in Bridgwater. It has not been confirmed if the toys are in working condition.

So if they belong to you, it’s not too late to claim back your precious stash.