Love Island Gossip Column: Anna says Islanders ‘don’t like each other’, plus Belle and Anton are back together

Wow this tea is steaming

Anna told The Sun: “Let me tell you that WhatsApp group is not active at all because there are loads of people in there who don’t like each other.

“I can’t say, I think it’s obvious from watching Love Island who doesn’t like each other.”

Belle and Anton went out a double date with Lucie and Joe a few nights ago. Belle licked salt off Anton’s abs and bit into a lime before doing a tequila shot. You can hear Anton shouting “Just friends!” in the background.

Plant your feet firmly on the ground for this. Molly-Mae and Tommy have a really nice apartment now. The full video is on The Mail Online. It has a motherfucking sauna in a flat described by the website as boasting “trendy brick walls, a sleek kitchen and even a private sauna.”

They really have earned it haven’t they x

We’re into week 20 of the saga that is Molly-Mae’s unending persecution at the hands of people who are miffed she’s made stupid money from Love Island. This week she said she was shocked and upset celebs were being mean about her. Ready your boos and your hoos.

She told The Mirror: “One thing I was really shocked about when I came out was a lot of celebrities that I looked up to and really loved, I’d go back on their accounts to see what they’d been saying and a lot had been joining in on the trolling and negativity against me.

“Like a Victoria’s Secret model who I’d adored for ages joining in on it and it was so hard to see. There were a lot of celebrities encouraging negativity.

“You’d think they’d understand better than anyone else, you just wouldn’t think that would be a thing, you’d think celebrities would understand what it feels like.”

Let’s be real George’s whole Love Island narrative is tragic as fuck. He tried to pull Lucie and failed. He tried to score a deal with ASOS and failed, and now it appears he can’t even stage a romance to keep himself relevant.

A source told The Sun: “George was just trying to stay in the limelight.

Had an exciting afternoon with @asos thank you guys ??

“He’s desperate. First he was trying to pull Lucie, but when he knew that wasn’t working he moved quickly onto Yewande because she had a big following.

“George is desperate to stay in the limelight after his four days of fame.

“He has absolutely no feelings for Yewande as he was seeing Nicole at the time.”

If this quote confuses you allow me to remind you who the people involved in it are: George was a contestant on Love Island 2019, as was Yewande. The two had a brief public flirtation.

Nicole is a model and George was apparently seeing her the entire time this Yewande thing was going on.

Honestly, if you can tell me George’s name without looking it up I’ll give you 10 pounds.

Jack Fowler is going to be releasing music

You are not going to buy it.

Upwards of three fans speculated in the comments – claiming the baby had already been born. The planet is dying, guys.

I won’t lie – Anna and Jordan’s bust-up was the best thing Love Island ever produced. But if you wanted to see the celebrity equivalent of someone trying to stoke a fire that’s been pissed on by a drunk uni rugby team after a long bus back from an away game, this is it.

Nothing better than a comfy tracksuit you can dress up or down?? @boohoomanofficial #ad

Jordan is now apparently dating Ferne McCann, and Anna’s not convinced the whole thing isn’t a publicity stunt. She told The Sun: “I don’t know. He is irrelevant. He is old news.” 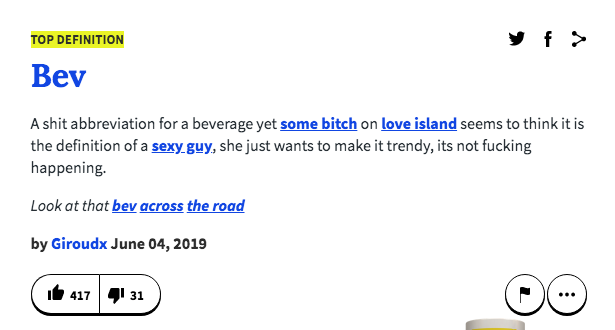