And no, this isn’t about your housemate’s horrendous brows

It's the standard tale of the student here in the UK: as a fresher you're shipped off to live in a dingy tower block, before deciding on which falsely advertised "luxurious" nine bedroom Victorian house you wish to wilt away in for second and third year.

Naturally the house will be freezing, the ceiling might collapse and you'll get burgled, and once you've experienced all these things there's few elements and issues one cannot brace.

However there's one issue which is hard to tolerate, and it's the arrival of some unexpected friends. And by friends, I mean slugs.

If you've ever been infested with the wee turds, or want to prepare for the inevitable, here are the emotional stages you go through having slugs in your student house. Mouse infestation guide also available.

When you think of slugs, you may think of these chaps to be the size of a snail, but uni slugs, oh if you thought they were small then you would be a fool.

These bois are thicc and beefy, they take no nonsense. They'll slither in and seek refuge. I'm not being dramatic but university slugs are about the same size as a standard Springer Spaniel's shite.

I'm talking the size of a proper shit. You could see them things gliding across the backyard during your bedtime cig. 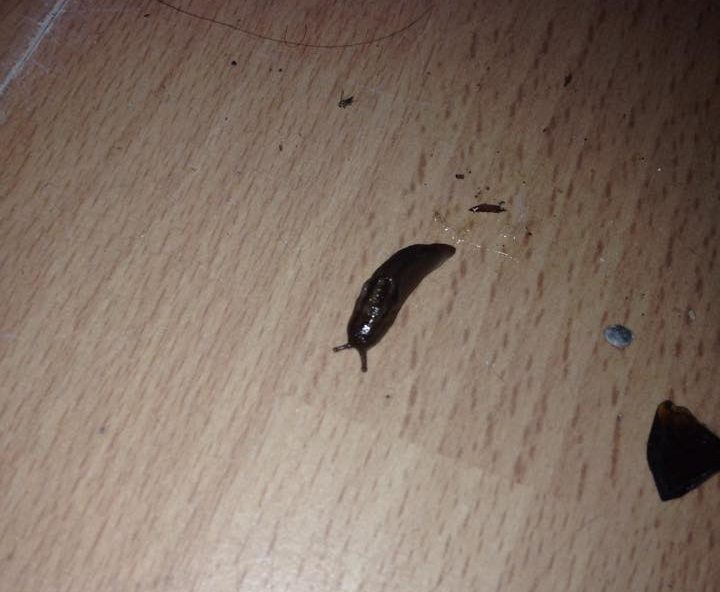 Now, when you're shipped off to your uni paradise, barely furnished and already freezing in mid July, you'll not expect any of these surprises, unless of course you're a third year. So you may just think that the slugs are part and parcel of the little surprises which both the landlord and previous tenants have left you.

Well my friend, you would be correct because good luck getting a solid house in second or third year without the sluggy bois joining the party. Some morning, you're going to come down for your morning cig and see those trails across the floor and in that moment realise that your impending doom is upon the house.

Students are pretty good at avoiding responsibility, so why not put theory into practice by avoiding the fact that someone will eventually need to sort this infestation out? It's sure as hell not going to be you!

You know when you go home, there are certain things which you're guaranteed. Be that a full fridge of food, hand wash with complimenting moisturiser, or the perpetual disappointment of your parents. Student houses are kind of the same. Be that the absolute state of the lounge, overflowing bins and questionable smells.

It may be some coagulated milk, somebody may have taken a shit and didn't flush the toilet (DISGUSTANG) or the remainders of some takeaway cuisine after a night out. If you thought any of those were bad, wait until the smell of the slugs comes in because Momma it's going to take more than a contraband and contract breaking Yankee Candle to remedy.

The smell is, and I cannot stress this enough, something else. 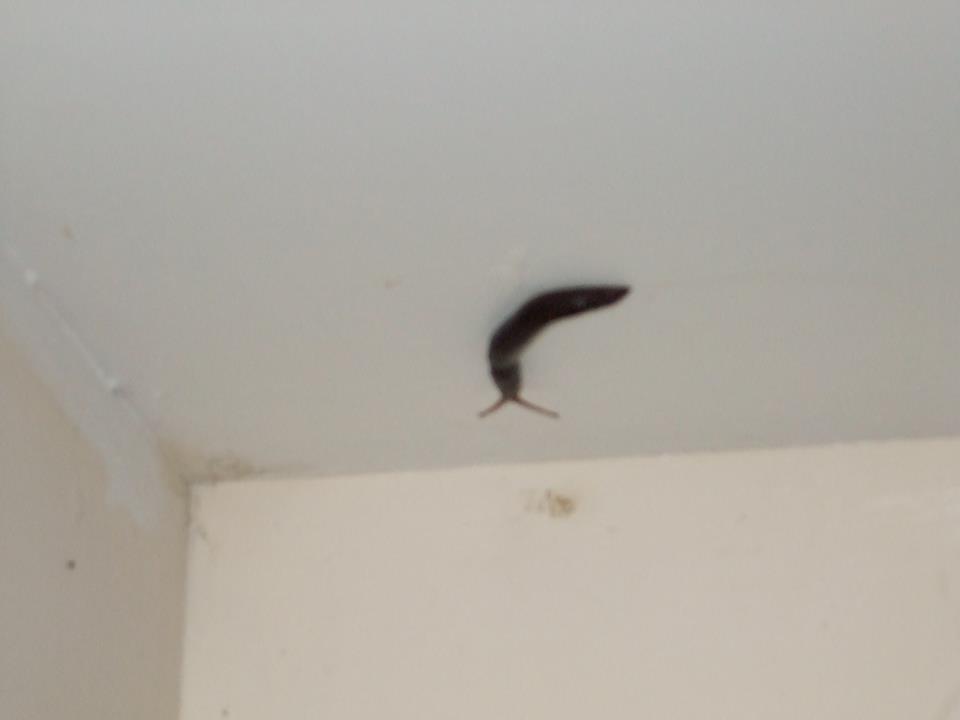 Your new little friends will have set up camp anywhere in the house. Let's just hope that all those years of Where's Wally training may be used to your advantage, because good luck on finding them. And when you do find them, imminently under the fridge or the sink, OH HOOOOONEY, when you find them are you in for a TREAT.

You can try all you may, but there really is no humane way to rid yourselves of the new tenants.

Your vegetarian moral compass may be temporarily sidetracked, as the only way the really get the pests away from the house is to leave them in a homemade cesspit of sodium.

From that, you might expect something to happen but they kind of just sit there wilting away, much like your last two brain cells on the second floor of the library.

6. The trauma of stepping on a salted slug

It'll hit you at the most inconvenient of times. 9:24pm, just about to get cracking with rewatching series three of Gilmore Girls for the 23rd time, where Rory goes to college. Snack time, downstairs for a can of Diet Coke and 22 Caramel Digestives, in a world of your own because dis bitch is on snack duty and then BOOM, you stand on a slug.

Upon leaving them to fester in their salty surprise (wee present, say nothing), you'll remember that nobody had actually cleaned them.

You can only say you've reached peak student house when you step on a slug that has been marinating in a pool of sodium and its own death.

RANK I TELL YOU.

Whether the slug situation in your house has been fully rectified or not, you may never know.

Realistically they'll probably crop up again sooner or later, but for now they're gone, done and dusted, kippers and custard. Maybe you'll make a finsta to remember your little buddy.

So, if you ever find yourself in a slimey situation, I trust this guide will help you through the traumatic ordeal that is having slugs in your student house.

• If you’ve experienced these 59 things, you’re living in a grim house