She says the series has given her closure

The real life Marie Adler, who inspired the Netflix series 'Unbelievable', has spoken out about her thoughts on the show.

In a series of tweets the co-author of the Pulitzer Prize-winning piece that Unbelievable is based on, Ken Armstrong, has shared what was said between himself and Marie after she had watched the eight-part series.

She described the show as "perfect" and said the final scenes finally gave her closure.

The limited Netflix series is based on the real life events of Marie Adler, who as a teenager was sexually assaulted but then told the police she had lied. She changed her story after detectives constantly made her re-tell her version of events and doubted her because of inconsistencies in her story. Those closest to Marie also didn't believe her.

In @Netflix's #Unbelievable, Marie is a teen who reports being raped.
I was one of the reporters who first told Marie’s full story.
To me, Marie is not a character. She is someone who trusted me with her story, painful as it was.
Here are Marie’s and my thoughts on the show:

Ken Armstrong said on Twitter: "To me, Marie is not a character. She is someone who trusted me with her story, painful as it was."

He goes on to say that scenes in the show are completely accurate of what happened to Marie. He says he has read the medical reports about Marie's case. "In the show’s first episode, Marie, after reporting her rape, goes to the hospital for an exam. In the scene, we learn how many swabs are taken. Where they're taken from. And what Marie is told after—that she might start thinking of killing herself. Each detail is accurate," he said.

He also says he has spoken to the police who charged Marie with lying. Ken says the officer "owned his mistakes, horrific as they were."

The tweet thread then goes on say Ken had spoken to Marie two weeks ago, after she had watched the show. He says she had said: "Watching it was hard. I did cry quite a bit." But Marie had decided she wanted to watch it and was glad that she did. She called the show "excellent." 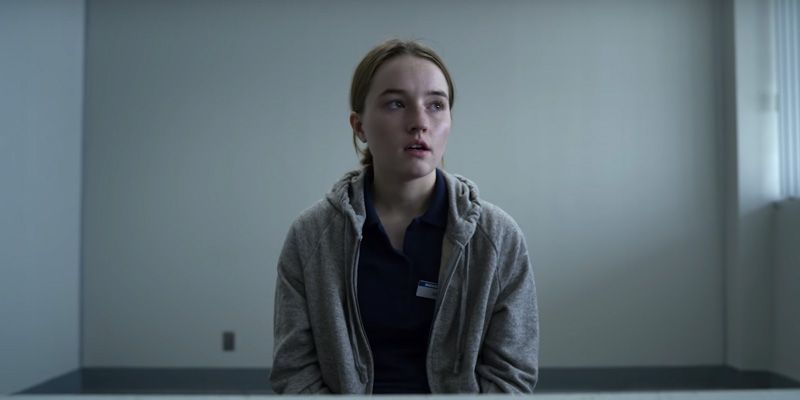 Ken says Marie had brought up one scene in particular, in the first episode, in which she’s confronted by police and recants. Ken added: "Marie has told me before that it can be a struggle for her to put her feelings and thoughts into words. In that scene, she said, Kaitlyn Dever captured her struggle. 'It was, like, perfect' she said."

He says real life Marie Adler has forgiven her two former foster mums who both doubted her story and is still in touch with them. Marie encouraged them both to watch the show and reassured them it didn't demonise them.

Ken added that Marie had said she felt the Colorado detectives were like her "guardian angels" that were "looking out" for her. Marie told Ken the final episode of the Netflix show, where her attacker is locked up, was finally "closure" for her.