Gwen Stefani taught me to spell better than my school did

The latest meme that is everywhere right now is the cultural impact meme. It has people sharing their controversial cultural opinions and comparing cultural references and iconic people against each other.

And of course, when anyone ranks, rates or compares anything – things get savage. For example, Lady Gaga obviously gave more to the world of telephones than the actual phone inventor, Alexander Graham Bell. And do you even need to ask if the baseball scene in Twilight has impacted me more than any Tarantino film, ever?

What is the cultural impact meme?

The cultural impact meme is a pretty standard meme format. You compare two or more things or people in a graph, showing one as having a much higher impact on society.

The meme has people comparing moments, tv shows, music and icons, by which has advanced pop culture the most and had more influence on people's lives. The more ridiculous and inaccurate (but so true) the example is, the better the meme seems to do. The hot takes are usually pretty wild and make no sense, but the cultural impact meme means you can share your undying passions.

Where did it start?

According to Know Your Meme, the first cultural impact tweet was sent in June last year. Twitter user @praisejeebus tweeted a chart that said Miranda Cosgrove had more influence than Elvis, The Beatles, and U2. 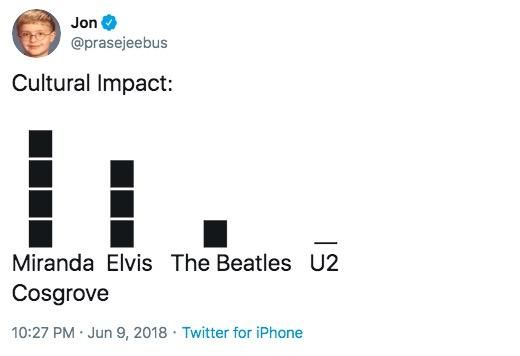 However, the meme format didn't spread straight away. It wasn't until this month that it became a trending meme. 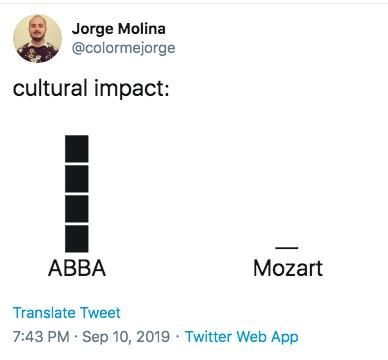 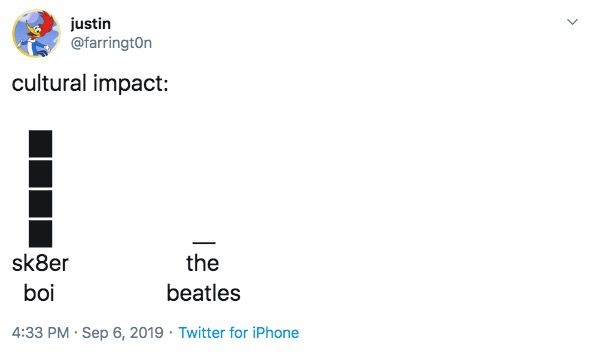 █
█
█
█  __
sharpay imagining anything
gabriella as her else
sexy maid in
her fantasy pic.twitter.com/DV7EMpkNWW 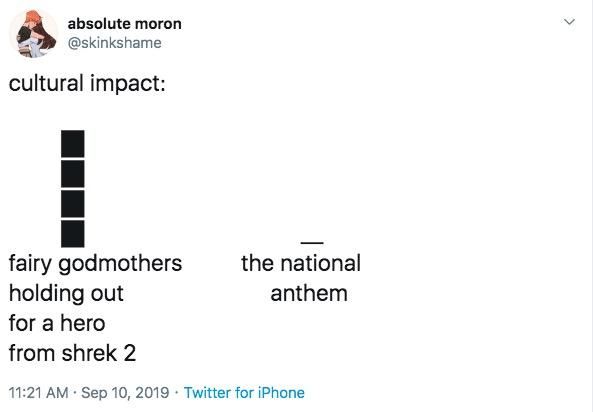 • Right, what does ‘and I oop-’ and ‘sksksk’ mean? The phrases used by VSCO girls