Love Island winner Greg O'Shea has lost over 50,000 followers on Instagram since it was revealed that he dumped fellow Islander and winner Amber Gill last week.

The significant drop in his Instagram followers comes after Love Island fans found out that Greg dumped Amber over text last week. 50,000 of them were so raging they simply couldn't stand to follow Greg anymore, so they started a campaign to all unfollow him. 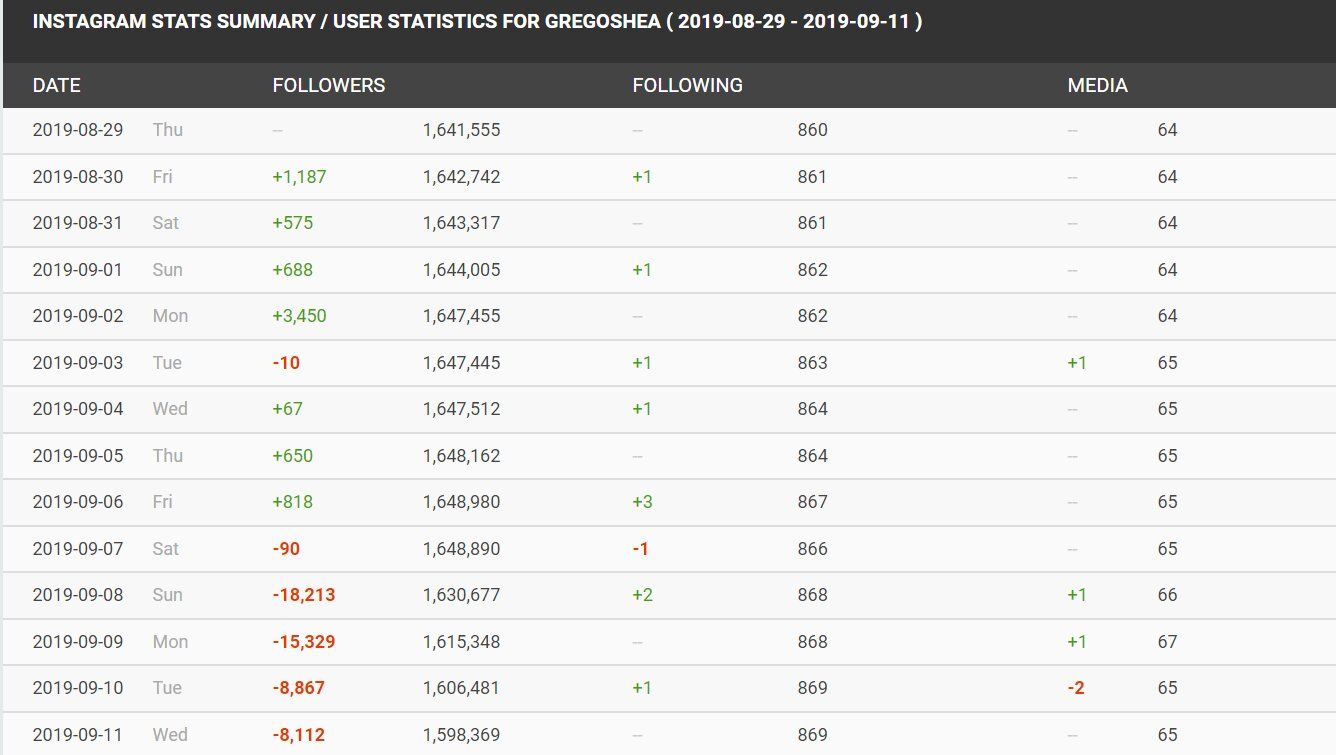 Stats show that Greg's follower count has dropped by 18,213 followers on Sunday with a further 32,308 people unfollowing him since Monday.

The campaign was created after one Twitter user posted a screenshot of Greg's follower count and pledged for fans to show their support for Amber and get her to three million followers.

To Greg’s unfollowers: please pledge your full allegiance back to Amber. The only reason why you followed Gregory in the first place was because of her. Let’s get her to 3M. Since you’re there please follow her best friend Ovie too! #loveisland https://t.co/gLFdJLQAxN

As well as a decrease in followers, Greg has also received a lot of flack from fellow Islander Anna Vakili and Anna's sister Mandi. The two sisters shared a series of Instagram stories and have been throwing a lot of shade at Greg in an effort to back up Amber.

Either way, it looks like things are going a bit downhill for the once beloved Greg. Apparently the luck of the Irish only gets you so far.

Related stories recommended to you by this writer:

• Amber and Greg have BROKEN UP after just five weeks

• 'It wasn't just one text': This is exactly what Greg has said about the breakup with Amber

• Everything that's gone down in the Greg, Amber and Anna breakup drama