Contestants such as Megan Barton-Hanson, Olivia Attwood and Laura Anderson are well known for getting work done. And it's not only the girls, the boys go into full scale celeb makeover mode the second they leave the villa doors too.

Here are the most dramatic Love Island transformations from all of the old Islanders, since their time in the villa. 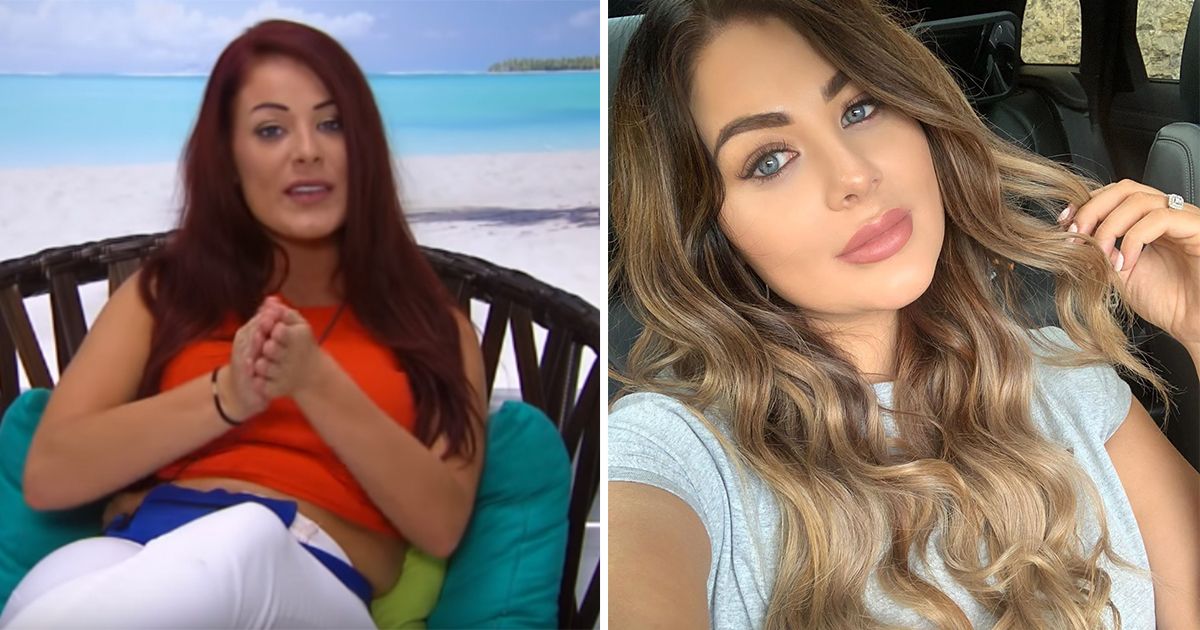 Jessica Hayes won series one of Love Island back in 2015. Since the villa she has completely changed her look. She's ditched the red hair and her eyebrows and lips are a lot fuller. She's also got engaged and had a baby since!! 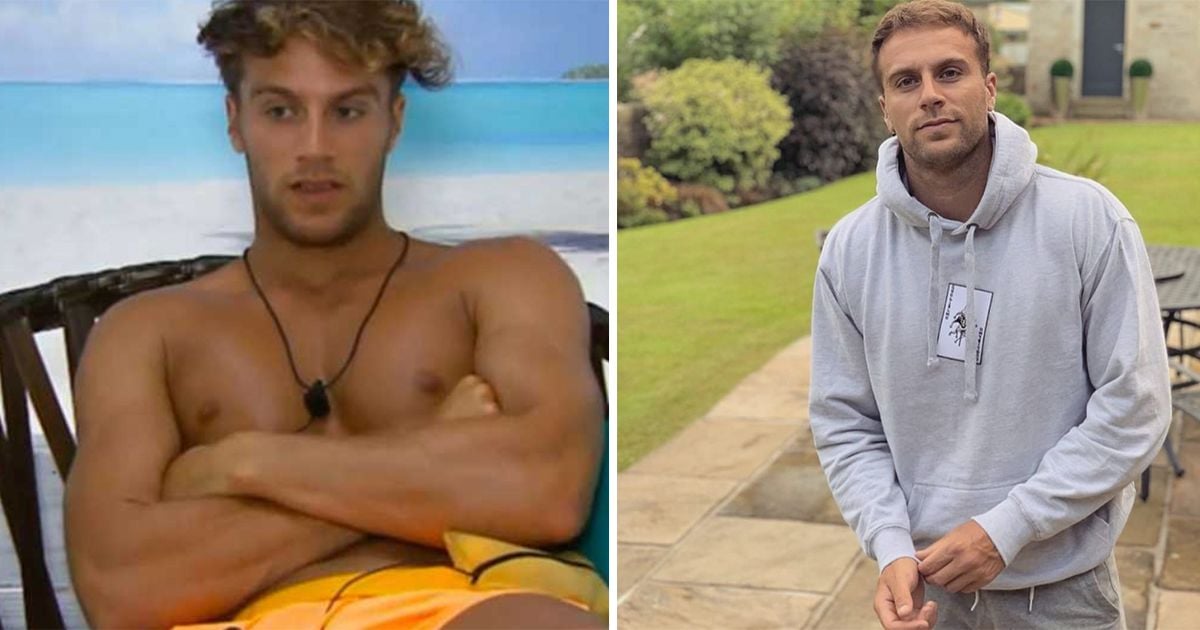 Since winning Love Island in 2015, Max Morley has learned how to use a comb!!! 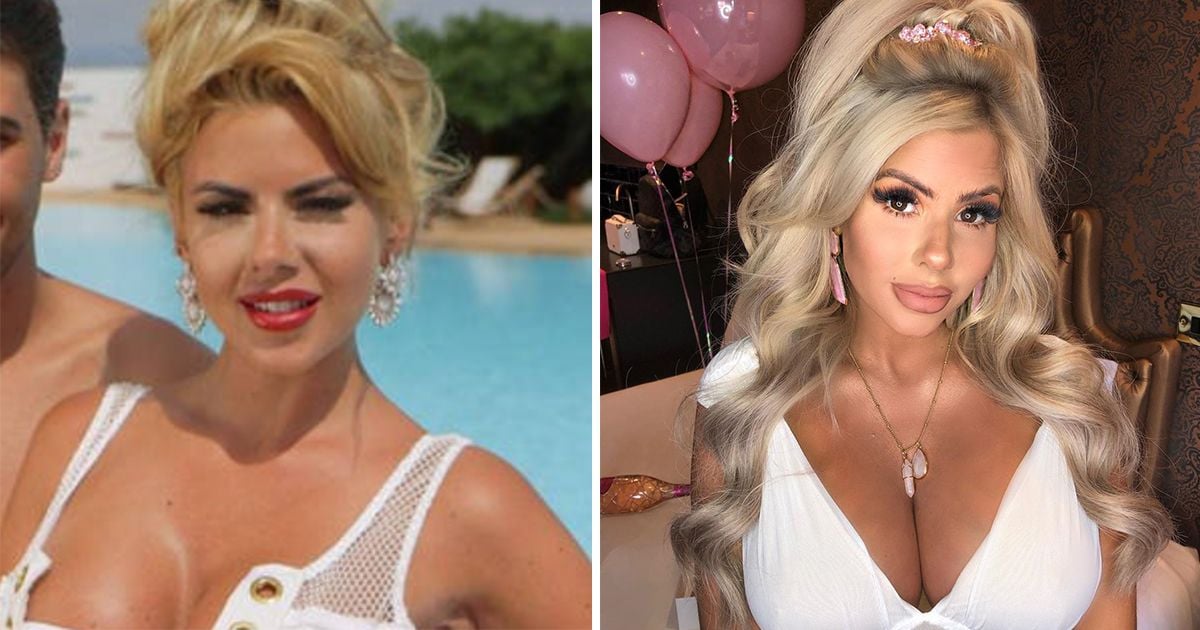 Glamour model Hannah Elizabeth admitted to splashing out £15,000 on two boob jobs, lip fillers and Botox before the Love Island villa. So as far as transformations go, hers was definitely pre her rise to fame. She has tried blue and brown hair since the villa, but the signature blonde always creeps back. 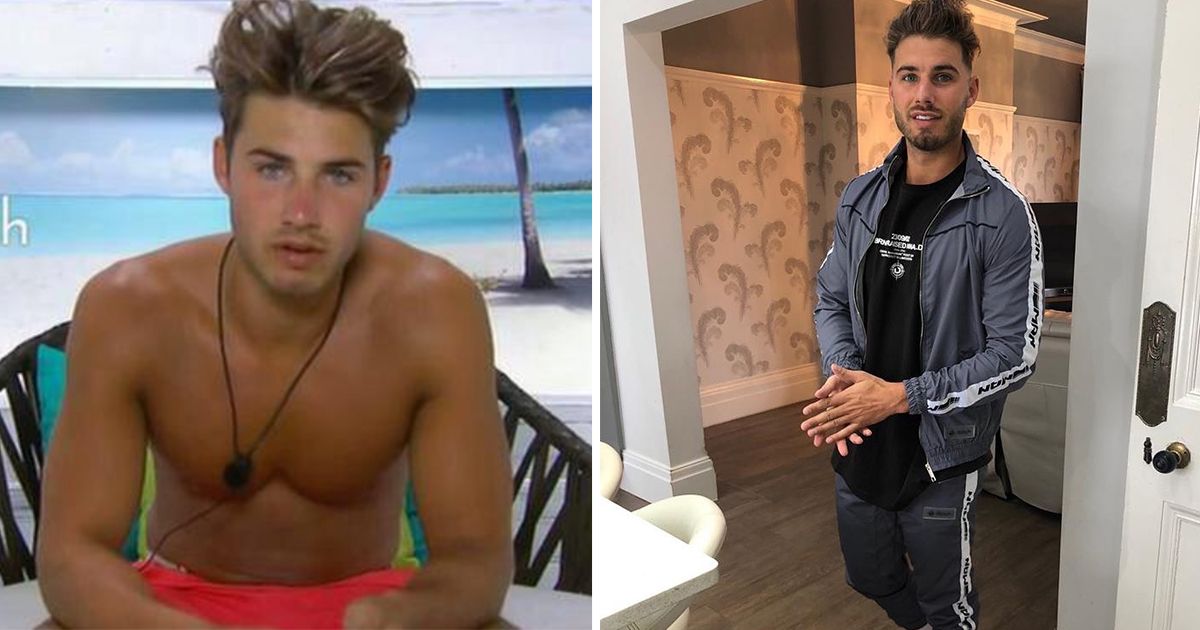 Josh Ritchie looked so young when he was in the Love Island series one villa, so it's no surprise he's changed a lot since then. He's nailed the regional boy look. He's also now dating Charlotte Crosby from Geordie Shore. 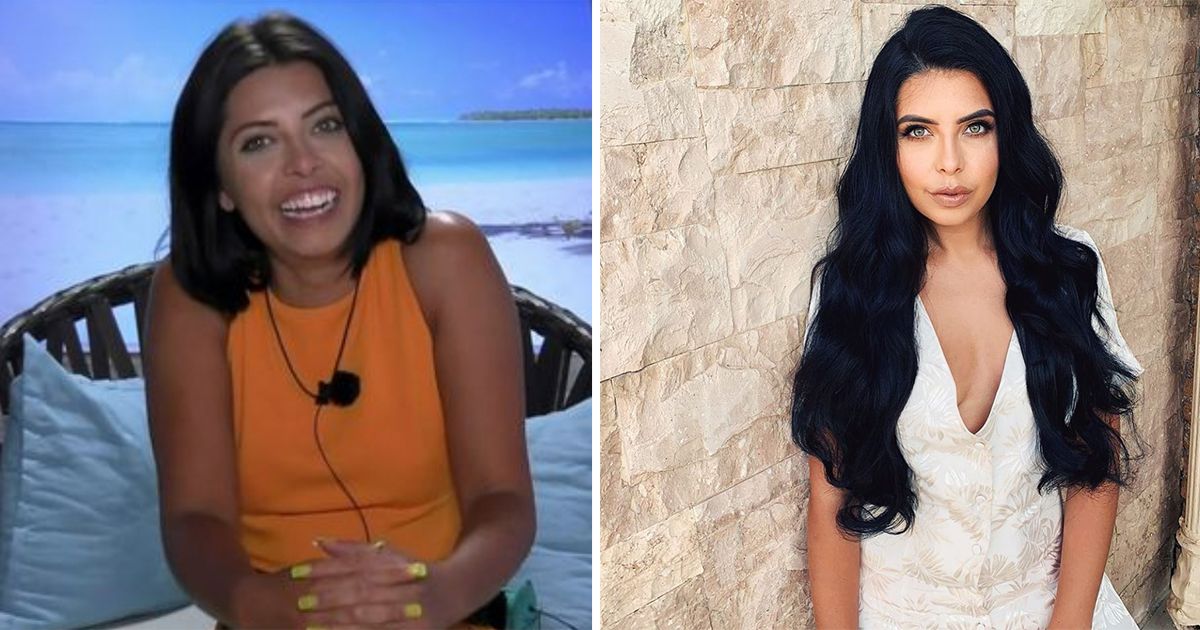 Cara De La Hoyde won the show in 2016. Since then she's married Nathan, who she left the villa with, and they've had a son together. 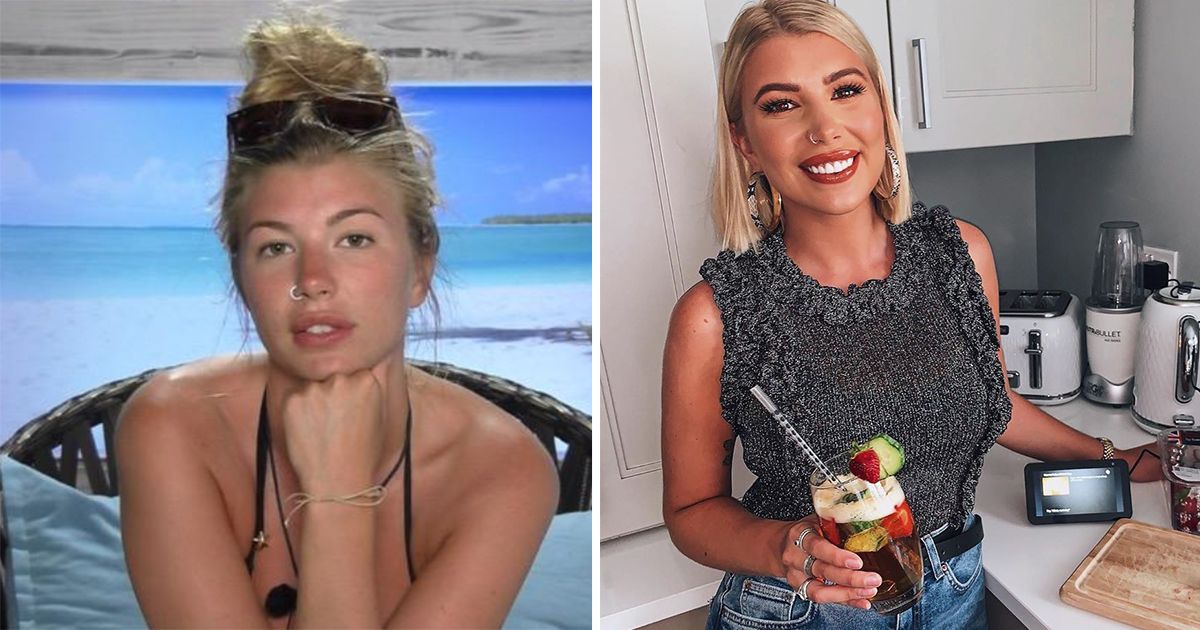 Since appearing on the show in 2016, Olivia Buckland has majorly glammed up. She's married Alex Bowen and it shows – that is the completing Love Island glow right there. 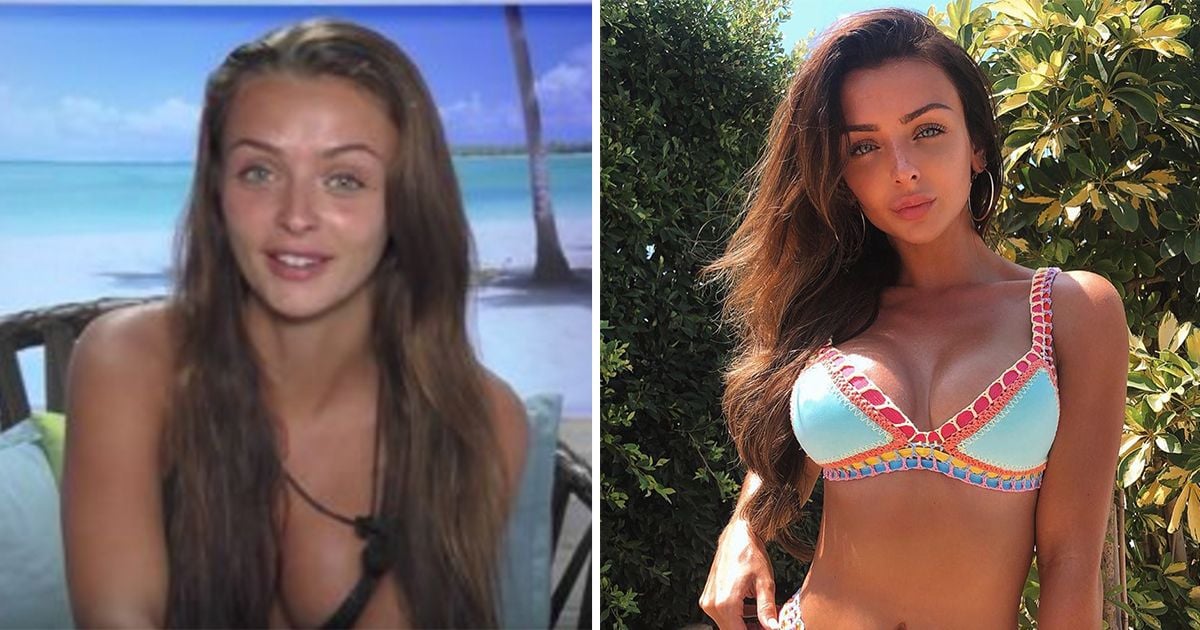 Kady McDermott was on Love Island three years ago in 2016. Since then she has admitted to having cosmetic surgery. She's had a boob job, lip fillers and veneers on her teeth. 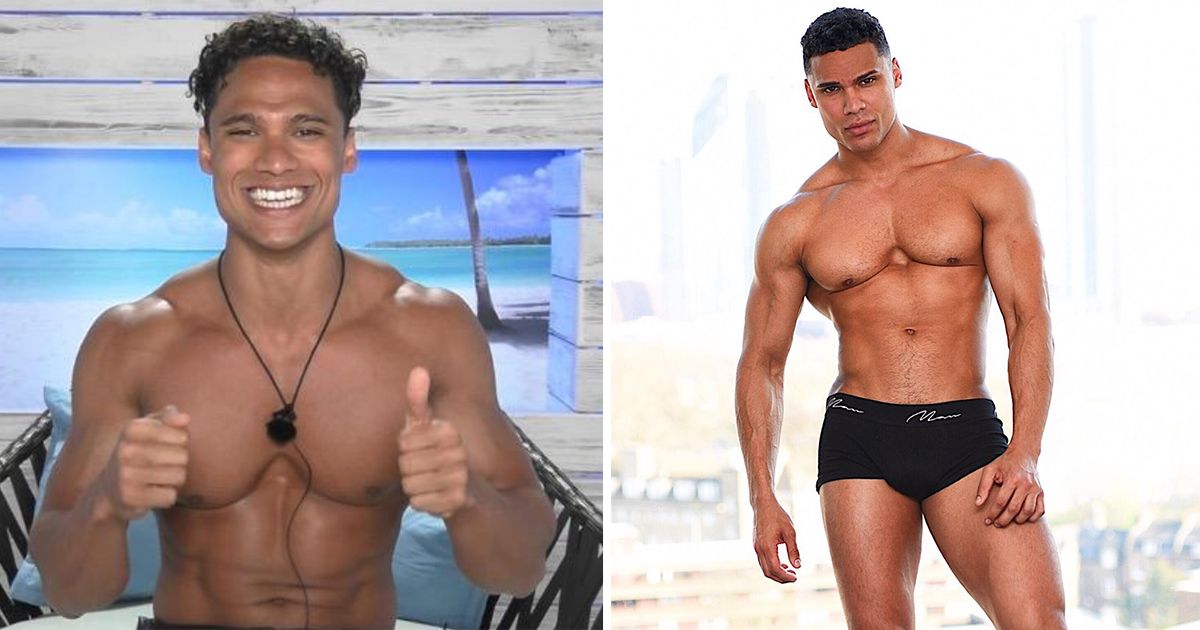 Rykard Jenkins was one of the henchest Love Island contestants ever. He still is now, just with much better hair. 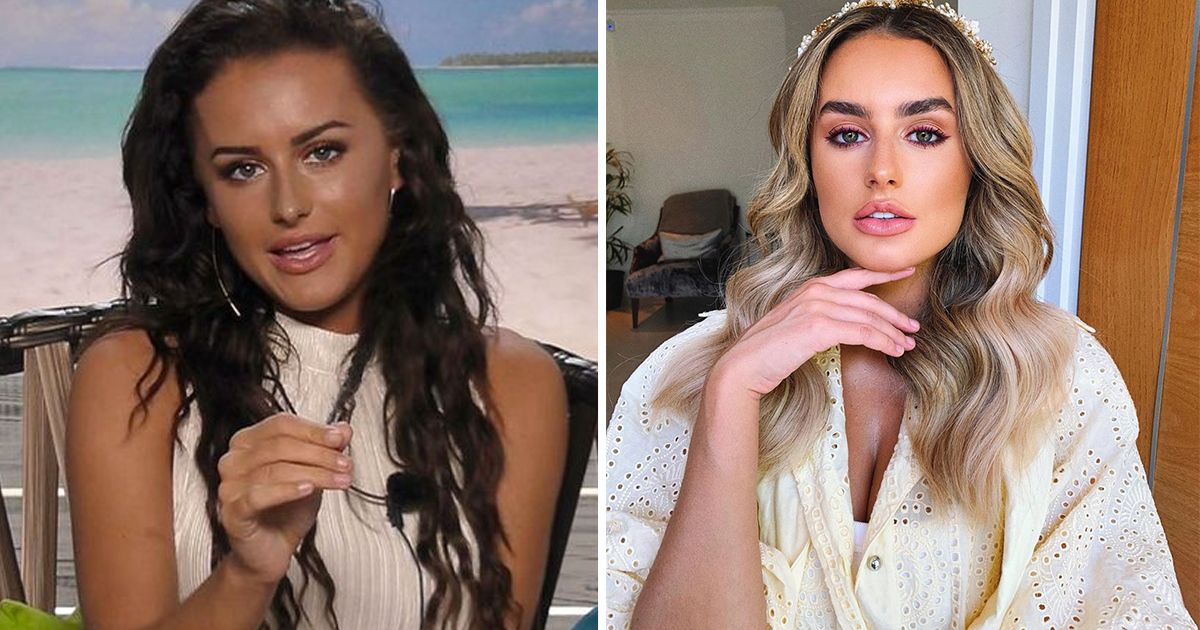 Amber Davies looks completely different to when she won Love Island in 2017. She's gone blonde, phased out her thinner eyebrows and her lips appear fuller. The only cosmetic surgery she has admitted to is having her ears pinned back. 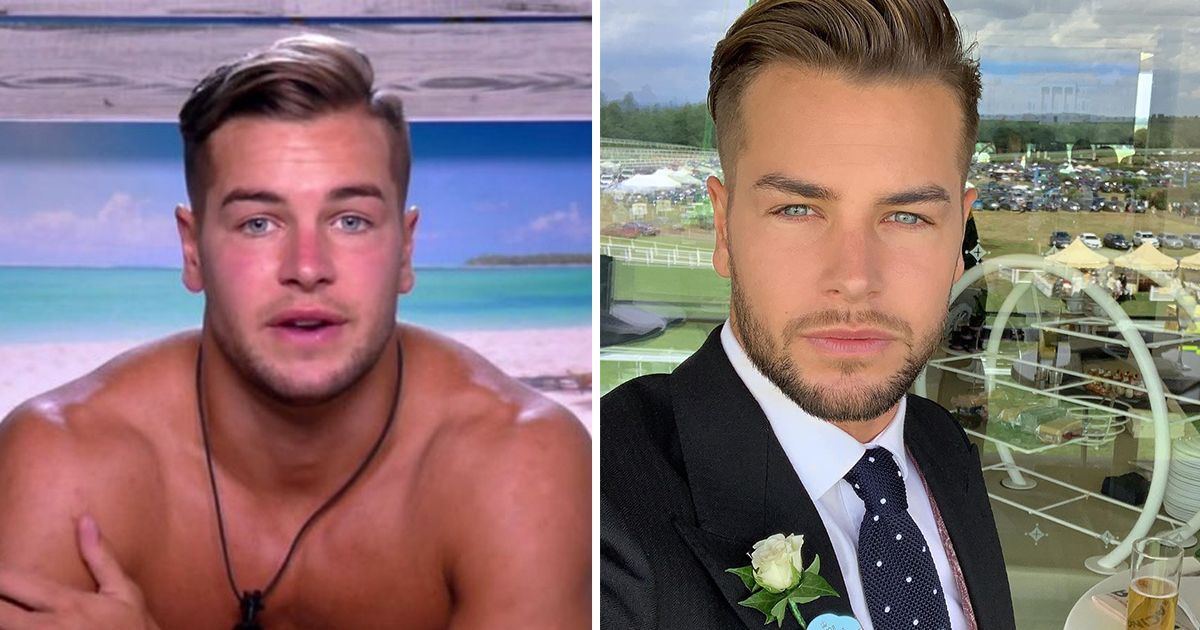 Chris Hughes was fit when he was on Love Island in 2017 but now, wow. He's grown out of the baby face and his facial hair has improved tenfold. 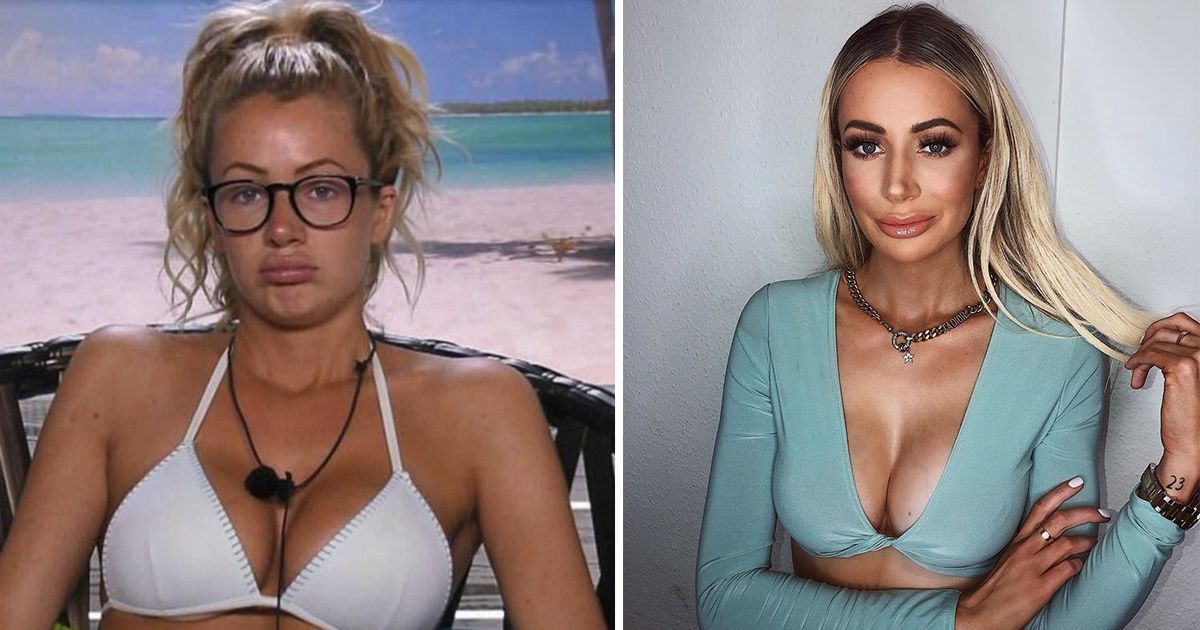 Ok, Olivia Attwood looks totally different from when she was on Love Island. She's openly admitted to having surgery done since appearing on the show in 2017. She's had lip filler and filler under her eyes. She said she's been having filler for years, but has before taken it "too far" and had some of it removed after the procedure. However she is said to be "excited" to have more work in the future. She has also had a boob job, and was pictured on Instagram in a huge chin strap, but God knows what she was having done then. 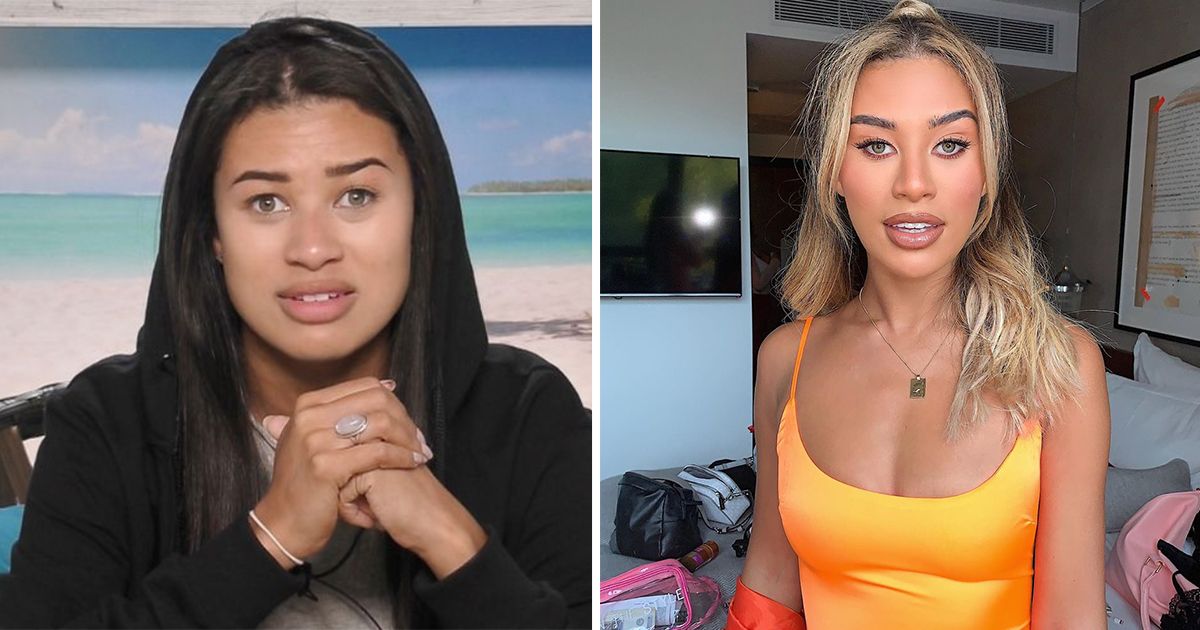 Montana Brown with blonde hair is not the same Montana that used to eat snacks all the time on Love Island 2017. Also, have her eyes changed colour??? 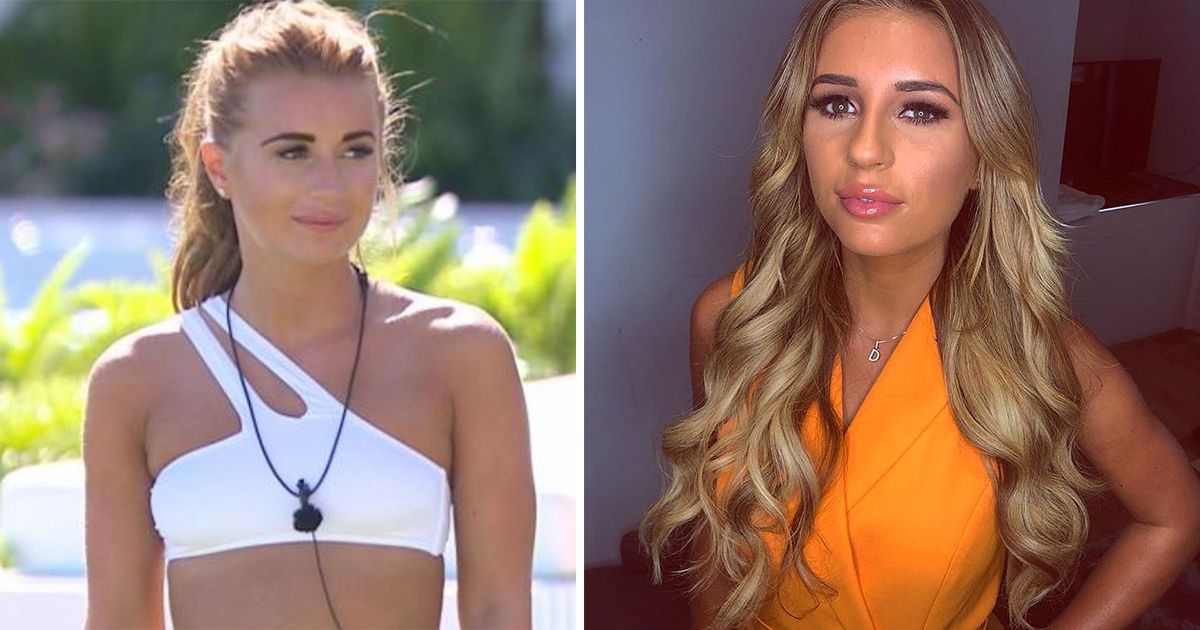 Love Island 2018 winner, Dani Dyer, is literally a millionaire now. It's no wonder she's looking more and more like a celeb each day. She pays a lot more for her hair now, that's for sure. She's also publicly said she gets lip fillers. 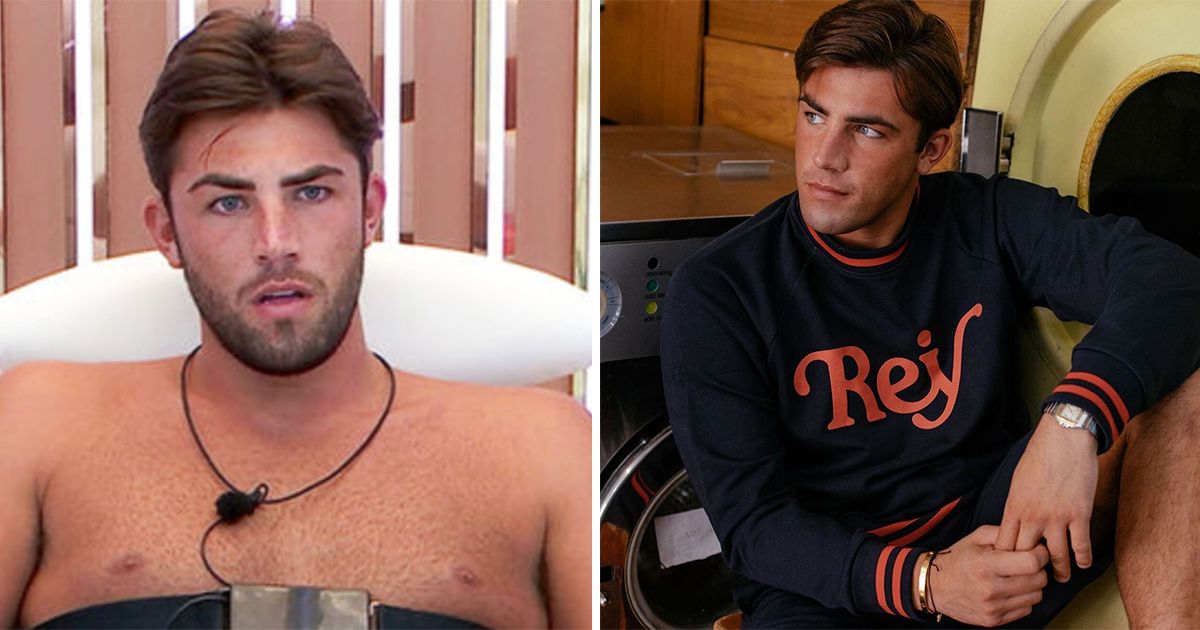 Call the police because Jack Fincham is now extremely fit and I don't know what to do. Jack has had veneers since the villa and it shows, his teeth are blinding. 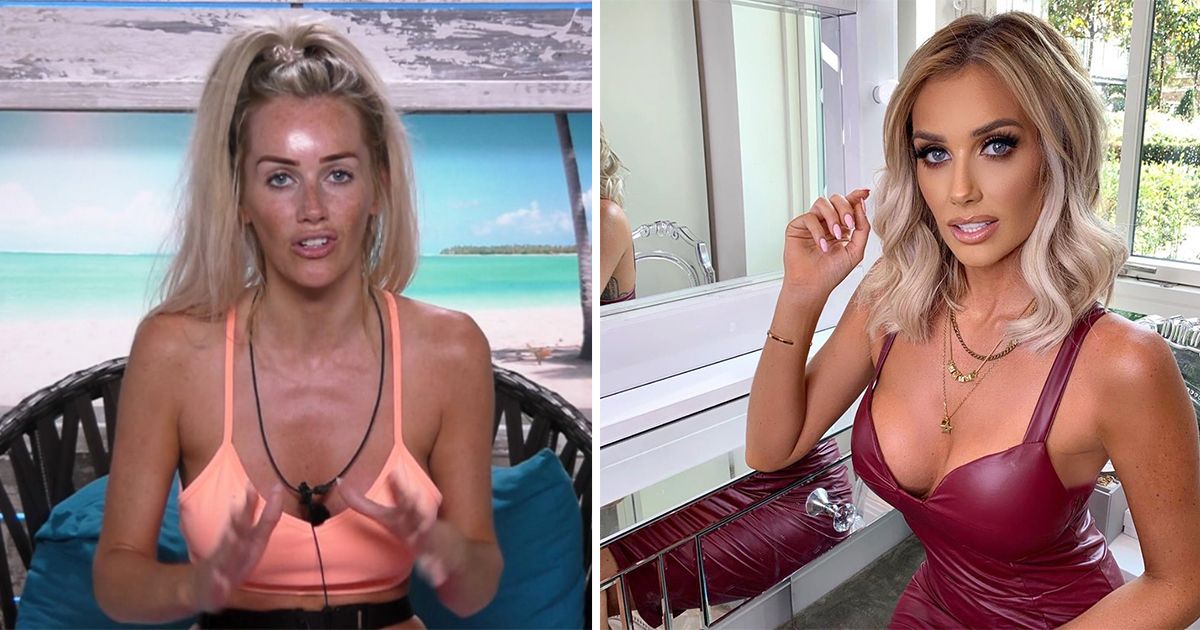 Laura Anderson had one of the wildest pre Love Island transformations ever. And since being in the villa, it hasn't stopped. She's ditched her long, blonde hair and has had some more cosmetic surgery.

As per our earlier posts of this week, the very lovely @lauraanderson1x came up by our beautiful Harley Street Clinic to have a few tiny tweaks from one of our doctors. It's worth noting that this was only a couple of days ago, and of course she's still very puffy, however the above picture taken immediately post procedurally – before her swelling kicked in will give you a beautiful idea of how well it will settle. Swelling is always worst, 48 hours post procedurally. We always say, that if you love your lips a day after augmentation, you'll probably want more when they settle down! However if they look overly puffy when done, that almost certainly they will look perfect when oedema has subsided.. In addition to her lips being augmented with aliaxin GP, she also had a slight cartilage deficiency in her nose which we gently corrected and straightened with Aliaxin EV. We added some midface volume and cheekbones to refresh and rejuvenate her face, and then the famous Profhilo bio-remodeller – which hydrates the skin from the inside out and gives the appearance of an airbrushed and smoothed face. We think it has genuinely taken years off her, even though she was absolutely stunning to begin with. It's been an honour working with a truly genuine, and lovely person inside and out. Our team loved the class and dignity she showed on @loveisland, and supported her throughout. She's amazing, and we cant wait for all puffiness to subside and the true results to show through. Remember, aesthetics treatments are not to be taken lightly, and we warn everyone pre treatment, what to expect in respect of swelling or bruising. The average bruising rate is around 1 in 10, but our audits show only 1 in 50. To book in to one of our clinics in London, Liverpool, Greater Manchester, Birmingham, Dublin in Ireland, Dubai in UAE or Beverly Hills in California USA – you can book via our online portal at www.consultantclinic.com or email us at [email protected] #lauraanderson #loveisland #lauraanderson1x #HAderma #profhilo #ibsa @lauraanderson1x @paulknopsie @loveisland @itv #lipaugmentation #profilo #liquidrhinoplasty #jawlinecontouring #jawlinefiller #cheekbones #cheekfillers

Laura has had work done on her face including fillers to her lips, face and around her cheekbones. 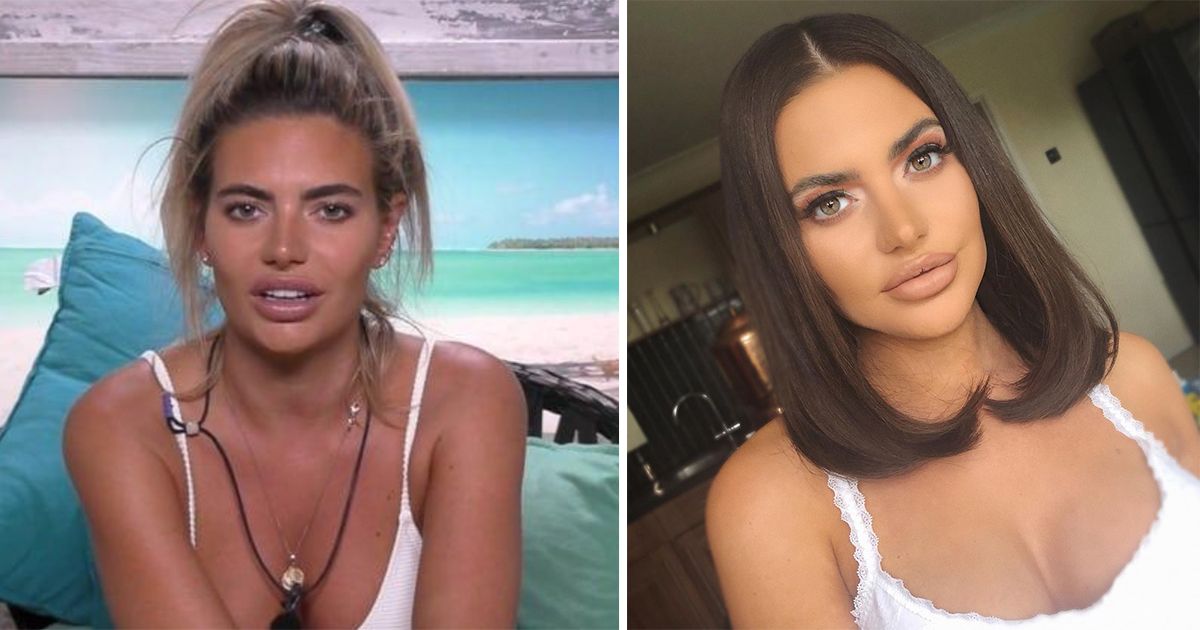 Megan Barton-Hanson had one of the most insane pre Love Island transformations in history. What's more, she owned it like the absolute Queen she is. She has been open about her cosmetic surgery and what work she's had done.

Apparently she had her first trip to a plastic surgeon's aged 14, and was having work done from 17. She's had her boobs done and continues to have work done to her face and lips. Cosmetic surgery aside, Megan also has dramatic hair changes and somehow manages to look good with every one??? 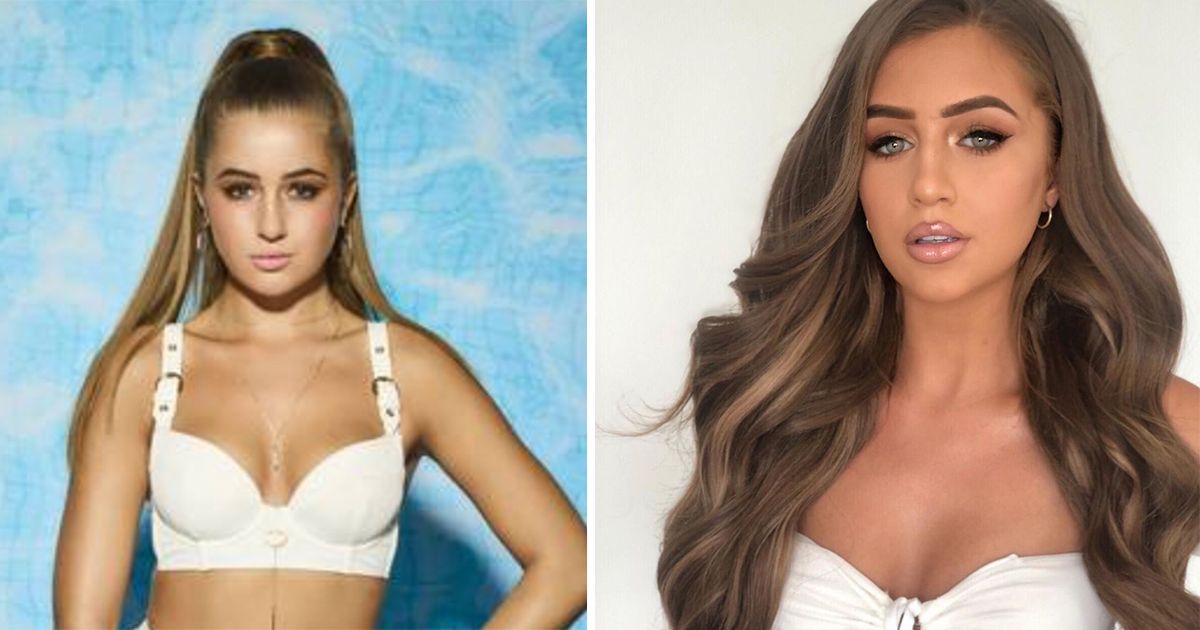 Georgia Steel looks a lot different from Love Island 2018. Considering it's only been a year she's grown up a lot and has completely changed her hair and makeup style.

Georgia has said she is against plastic surgery and thinks it's a "shame" so many girls her age are getting it done. She told The Sun: "There is no need for the levels of surgery people are having.

"If a girl is really insecure about something and they want to feel better about it then I get that. But twenty-year-old girls are getting so much work done now and I think it is such a shame.

"There are so many changing faces. I think 'Why have you done that to yourself?' You looked better before.

"I may just be old school but it is sad when I look at certain people. It is a real shame; it really makes me feel sad. I won’t be having anything done, I’m too young." 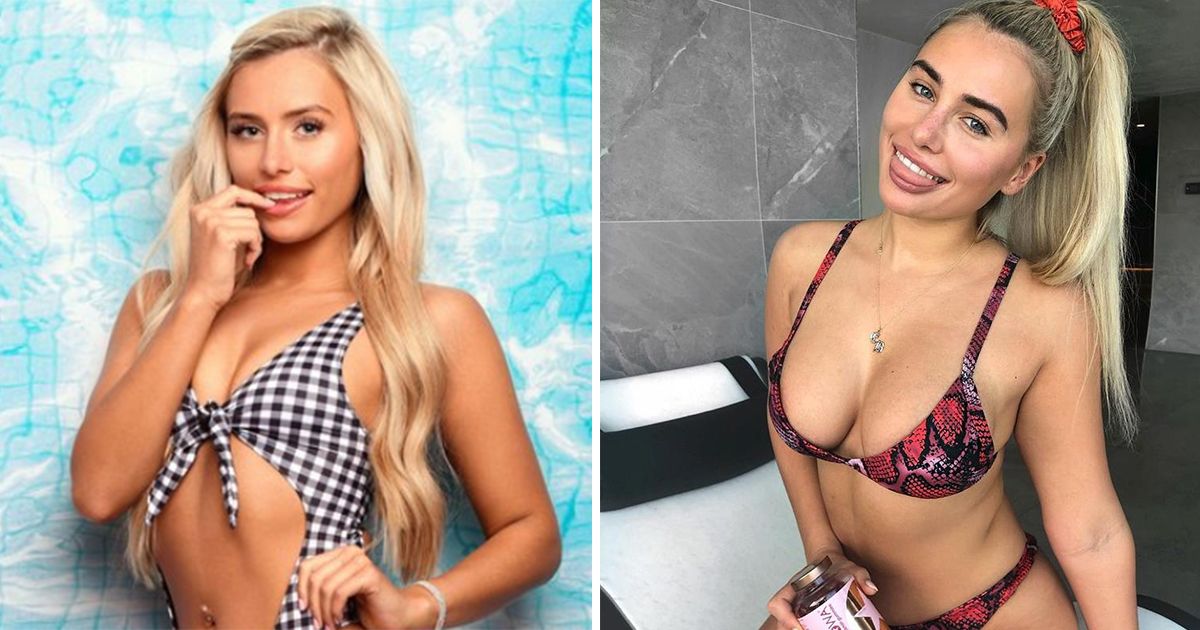 Ellie when she was younger is virtually unrecognisable from the Ellie that entered Love Island. Since appearing in the 2018 Love Island villa, Ellie Brown has had more work done including reportedly having a boob job last October.