How to smoke in your uni room without getting caught

Leaving your cosy student accommodation and bracing the bitter cold all for the sake of one cigarette is just not ideal, is it? Maybe you're on the top floor, or have to go past security to get outside to the smoking area. Maybe it's raining. Or maybe you're just lazy. Either way, we all know it's far easier to risk burning down your room than actually attempt the exercise.

Why risk getting yourself out of breath when you can just stay in your room? We've all done it. But not all of us have gotten away with it. There's an art to smoking in your halls room and not getting found out. Here's a guide on how to be the covert student smoker you were born to be:

Put a sock over the fire alarm

A classic move. Simple but effective. Among your other room decorations, be sure to pack a spare fluffy sock with your fairy lights and fake IKEA plants.

Sure, the sock won't get rid of the smell but at least you won't have to face the embarrassment of setting off the fire alarm and paying a fine.

Also the sock can be a key piece of decoration to let everyone else who comes into your room know that you smoke. Very cool. Just be mindful to take it down before an inspection so you don't get caught by halls staff, though. Not so cool. 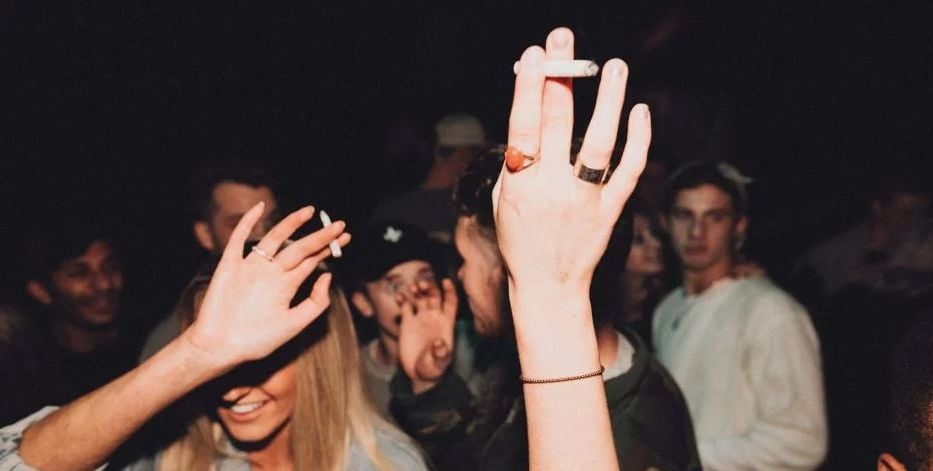 Cut the wire so you can smoke out of the window

By this we mean the wire that stops your bedroom window from being opened too far. If you cut it you can smoke out of your window and hope that the wind blows all of the smoke and odour away. If the wire is metal, you're outta luck. Using pliers would be taking it a bit too far.

Obviously the wires on the windows are there for safety reasons but for smoking reasons, they're in the way. We all know it.

Cut them off and let your smoke be free. Accept the potential fine and just let the smoke leave the room. This is also handy during hot weather – easy smoking access and respite from the heat, all in one.

Stuff a towel under the door

If you place a towel under your room door you can hotbox the shit out of your room – if you're okay with the smell, that is. Your room will stink, but the odour won't go anywhere else.

The towel will probably smell after but at least you've got no fine and didn't have to take the stairs. A win win situation.

It's common sense to bolt your bedroom door while you smoke – so no pesky well-behaved housemates walk in on you "breaking the rules" – but you might as well take the extra precaution and bolt your front door as well. Even if a passing halls warden smells it, they can't get in.

A foolproof method. Unless security have keys to the flat. Then it's game over. 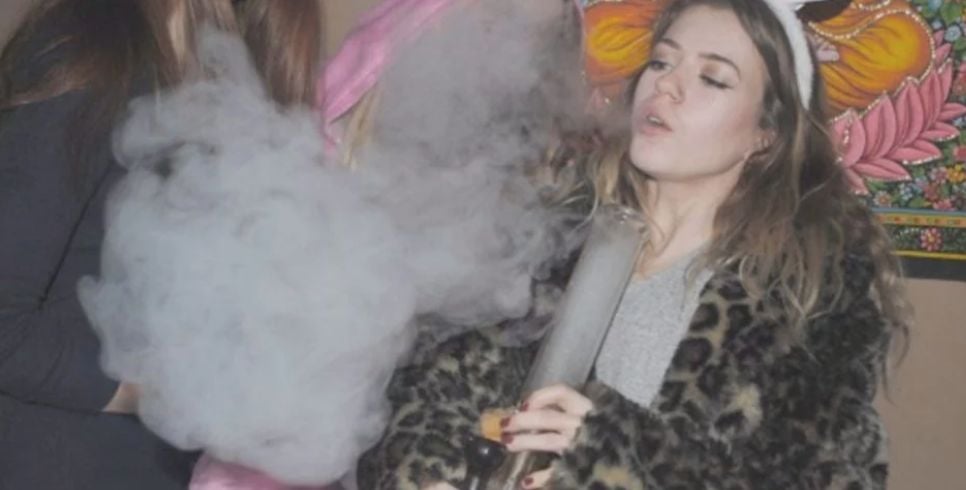 Use candles, incense or Febreeze

Everyone's a sucker for a Yankee candle no matter what they say. Even the slightest fragrance is enough to get rid of the scent of cigarettes. Burning or spraying any of these in your room will eventually overpower the smell of smoking, unless you smoke so consistently that it clings to the walls and sheets.

Smoke clings. Weed in particular. The only way you can minimise it stinking up the room is washing everything it clings to on the regular, whether that be sheets, curtains or clothes. But let's be real – what student is ever going to wash their curtains?

If you can't afford Yankee candles (don't worry we understand), then whacking some popcorn in the microwave for a few minutes and eating it in your room is sure to mask any bad smell. It replaces one burning smell with another.

Ideally try and do this before having a ciggie, if not make a run for the kitchen before the smoke leaves your room. 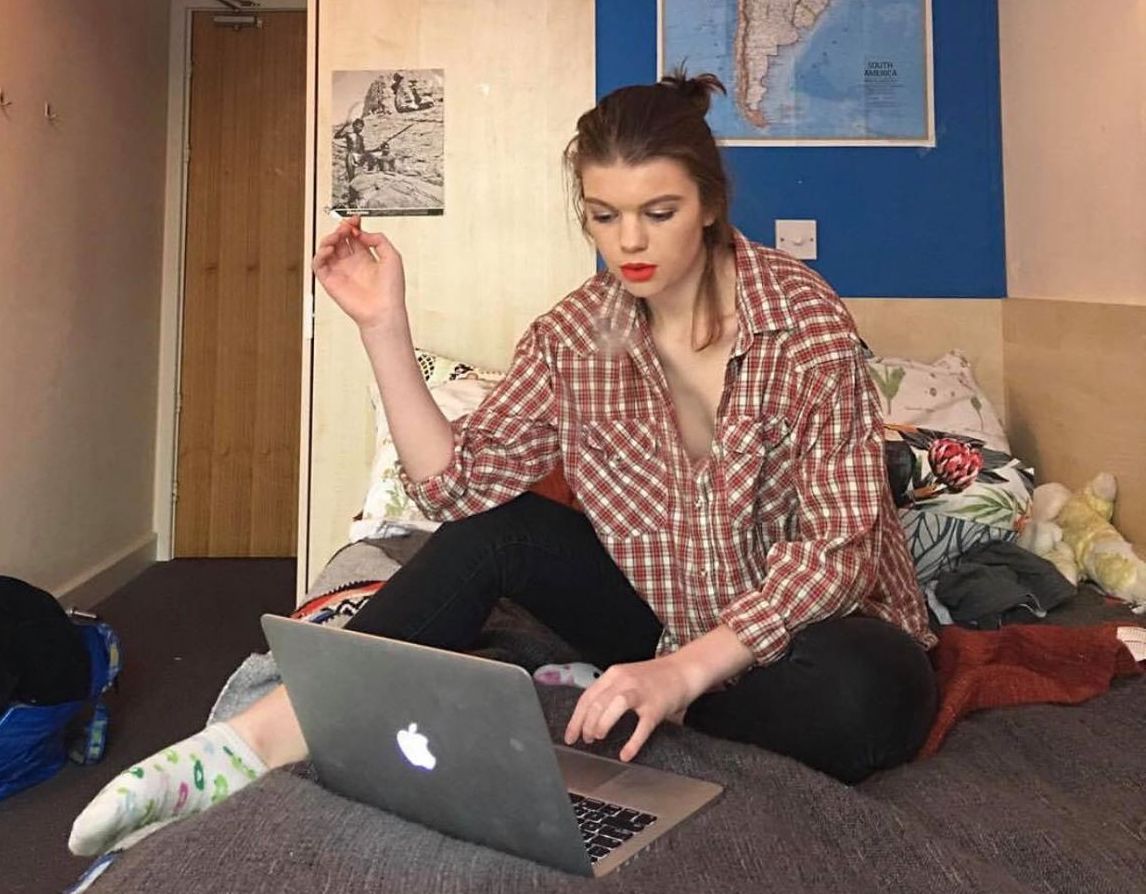 Smoke into the extractor fan

If the extractor fan leads outside (make sure of this, sometimes it just leads to another inside room) then this is essentially another method of getting the smoke outside without actually having to be outside.

Better yet, why don't you smoke in the shower?

Hotbox your shower with tobacco and steam. Why not? The water and the steam will absorb the smell and any stronger scented things (shampoos and shower gels) will absorb the scent of weed or fags.

Also a lot of shower rooms will also have an extractor fan, so you can smoke into that while you shower or just let it gradually filter out. 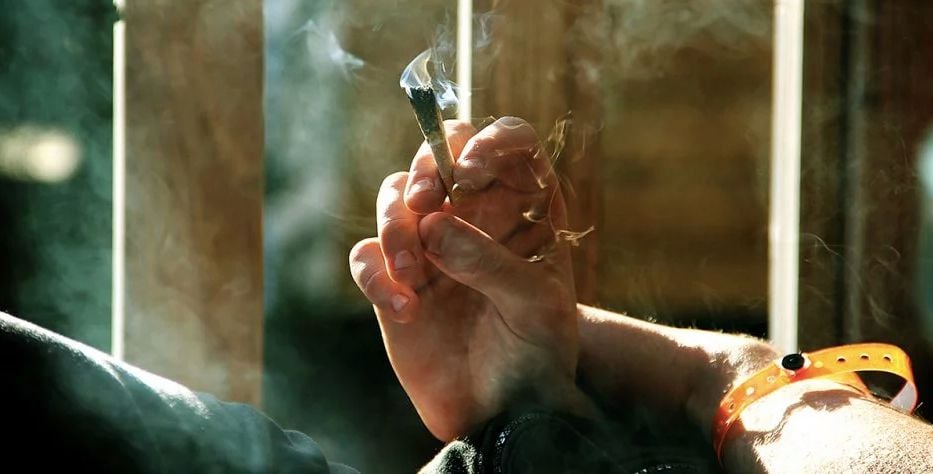 Not an extractor fan in sight

Do nothing at all

If all of that sounds like far too much effort, you could do nothing and just take the risk. If you know that your housemates won't grass on you and you don't mind the smell, you could be fine. Until you need your deposit back or a halls warden comes knocking. Then you'll be FINED.

If you really don't give a shit then hope for the best and puff away, care free. Plus, you probably knew all these hacks anyway. Legend.

• What is the best club smoking area?

• These are the Love Island stars that smoke