You NEED to see it

A video of DJ and vibe-nailing producer Flume eating ass on stage at Burning Man is doing the rounds on Twitter. The memes have been excellent.

The clip, taken from an Instagram story, lasts about three seconds, and shows a sign reading "does Flume eat ass?" with the caption "wait for the next story" followed immediately by footage of Flume eating an ass.

The footage was originally uploaded to Instagram by the girl featured in the video. The caption on the video reads: "Sorry mom."

Burners: Does Flume even eat ass?

The woman in the video, Paige Elkington, has been rumoured to be going out with Flume for some time now.

She deleted the clip soon after uploading it, but it was downloaded en masse and saved on a Reddit forum.

Paige is an actress and model. She writes comedy shorts and sells temporary tattoos on her website.

Flume, a 27-year-old whose real name is Harley Edward Streten, has yet to comment on the incident.

Needless to say, the reactions to the Flume eating ass video have been stellar 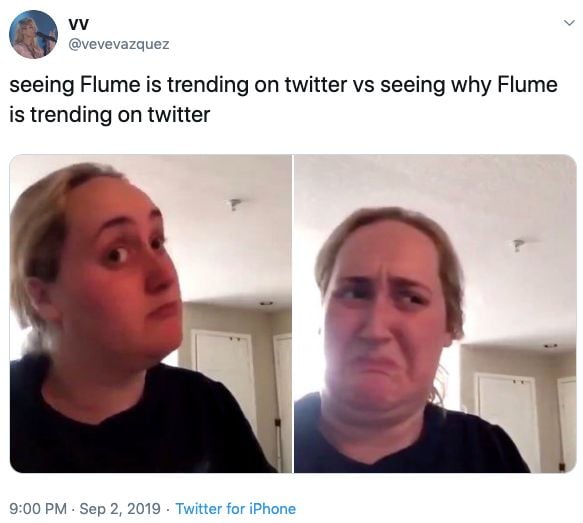 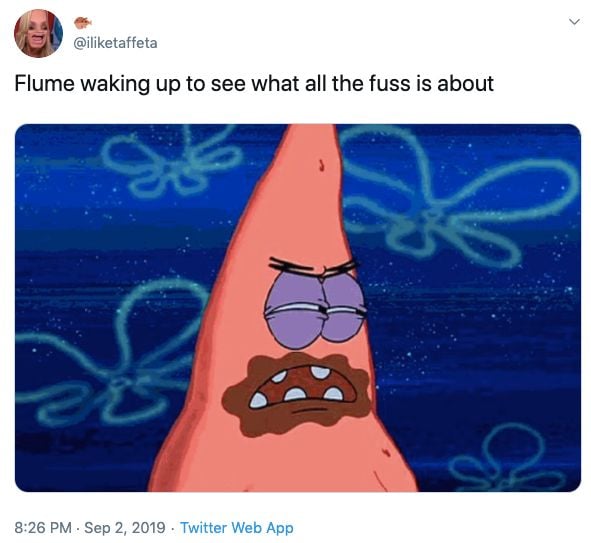