He’s a really rich ex-rower too

It seems like only yesterday Ellie Goulding was dating Prince Harry, or even cosying up with Dougie Poytner or Niall Horan. Well times have changed because newsflash! Ellie is getting married this weekend!! And who's the suitor? His name is Caspar Jopling and he's a fancy, rich arts boy.

Caspar Jopling and Ellie Goulding have actually been a thing for a very long time, despite most of us having never heard of him. Here's everything you need to know about her new hubby. 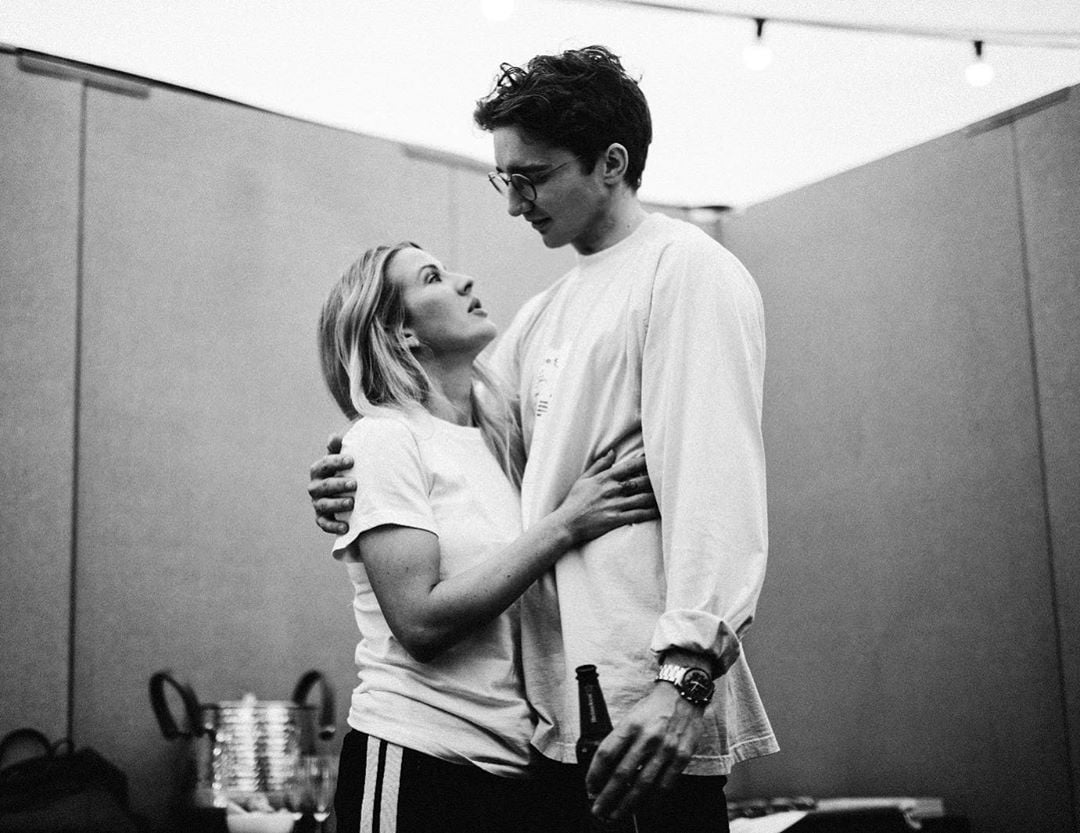 He's 27 years old and from Yorkshire

Caspar Jopling was born on January 10th 1992 making him 27. He was born in Yorkshire. His parents are Jayne Warde-Aldam and The Hon Nicholas Jopling and he has a stepfather called Charles Andrew Warde-Aldam.

His parents have aristocratic ties as the family owns Frickley Hall which is a Grade II listed building dating back to 1760. Caspar is also the nephew of Jay Jopling, who is a very famous and very wealthy art dealer. 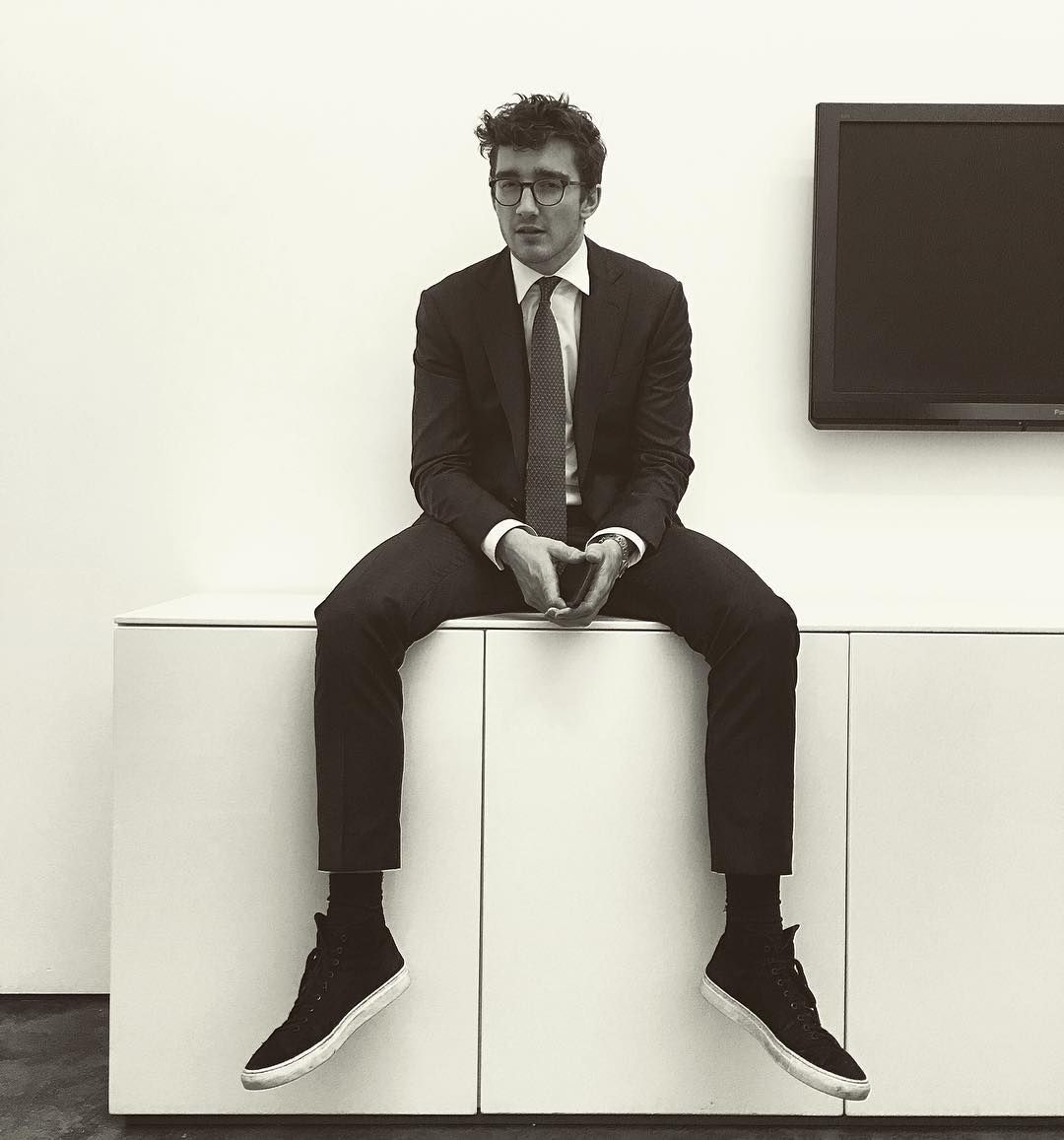 He went to Eton (where Wills and Harry studied) and then went to one the most prestigious universities in the US, Harvard. Yeah, he's a bit smart.

At uni he studied History of Art and Architecture as well as Film Studies, obviously one course just wasn't enough for him.

After uni he went on to intern at the auction house Christie’s, which kick started his arts career.

And he's really rich too

His family are old money rich, aka. they've all been rich for an extremely long time.

Caspar's dad, Nicholas, is the son of the famous politician Michael Jopling and his brother (Caspar's uncle) is the art dealer Jay Jopling. 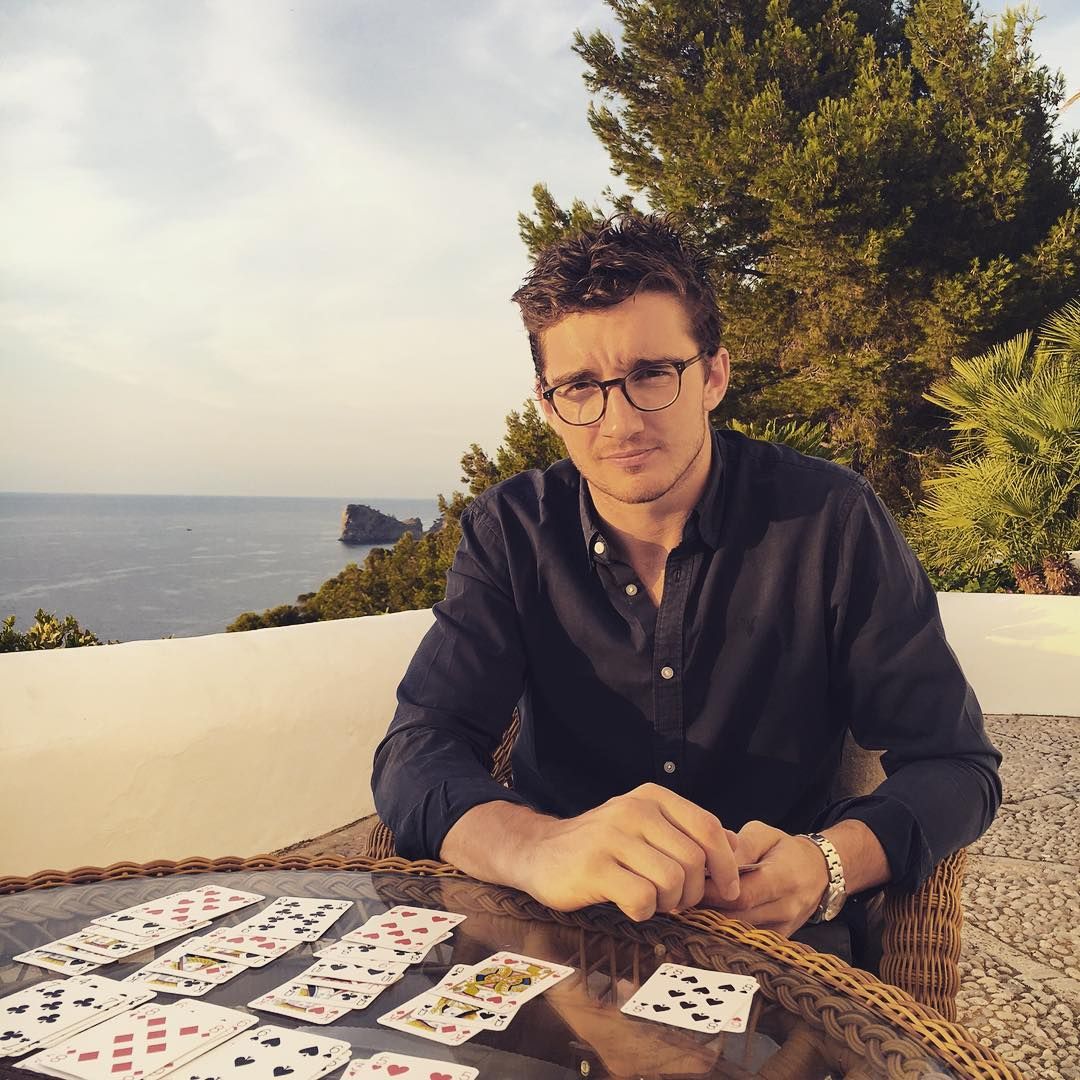 He's an Arts Dealer at Sotheby's

According to his LinkedIn profile, Caspar works in Corporate Development and Strategy; Contemporary Art at Sotherby's is New York.

Sotheby's is a British-founded American multinational corporation with it's HQ in New York City. It's one of the world's largest brokers of fine and decorative art, jewellery, real estate, and collectibles.

He's also written art reviews in the past, and has an author page on Huffington Post where he is listed as a contemporary art contributor.

Ellie Goulding may have dated Prince Harry previously, but she's not the only one in this relationship with royal connections.

Princess Eugenie casually appeared on Caspar's Instagram once and Caspar, Ellie and Eugenie have been seen hanging out together before. 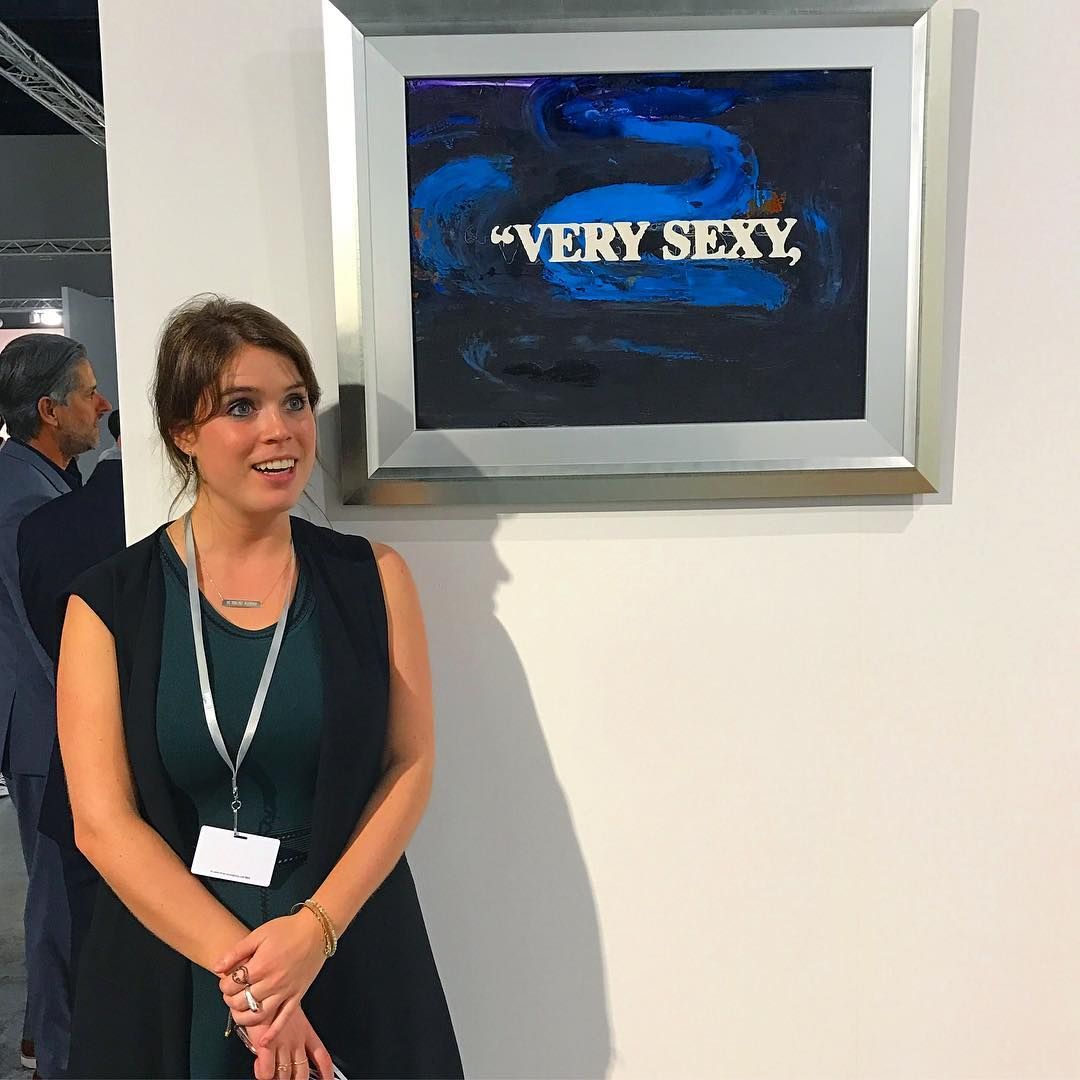 He's sporty and used to row at uni

Caspar was a rower when at Harvard University, as part of the Harvard Heavies. A photo of him rowing is even on the wall at Heathrow Airport. 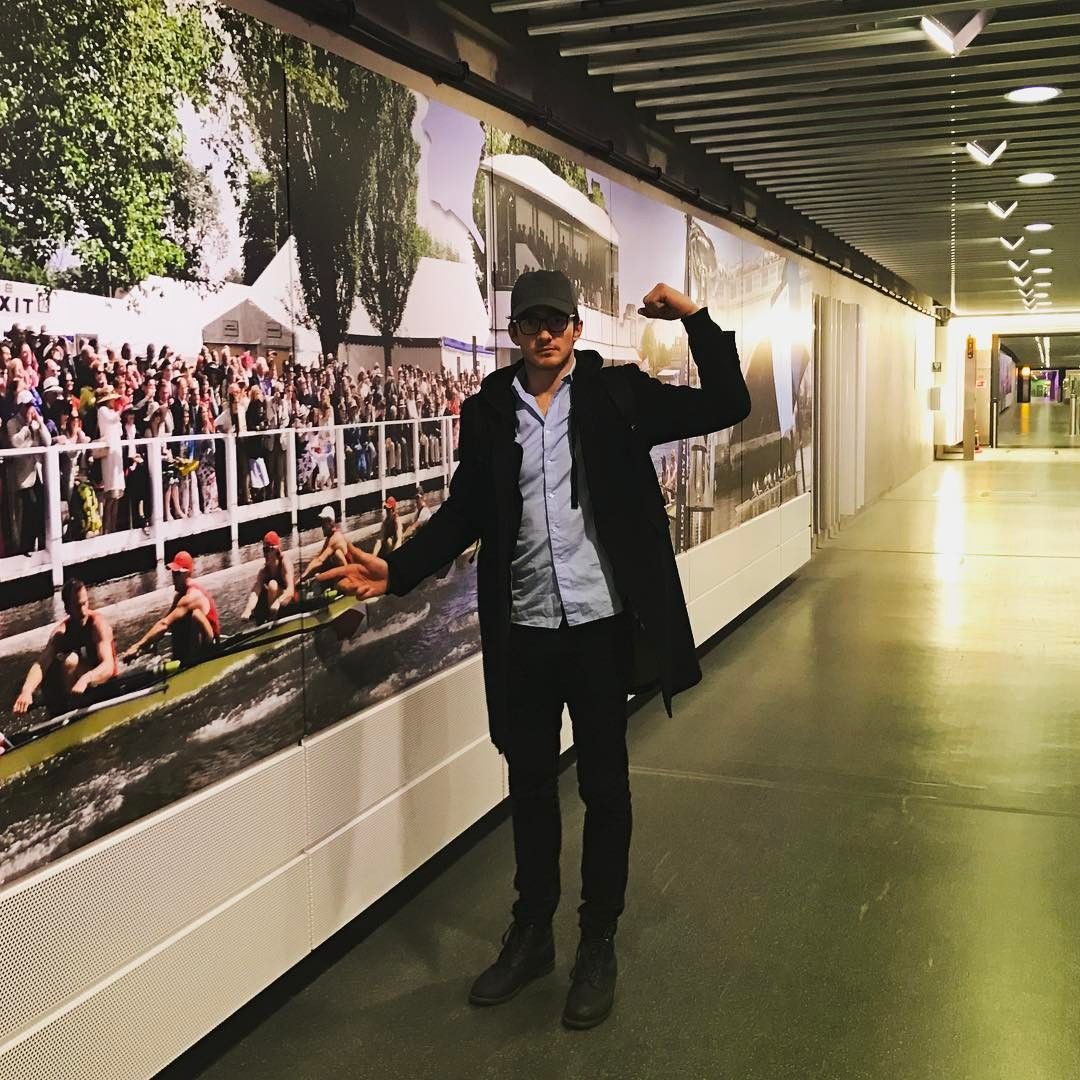 He has competed once internationally, representing Team GB at the Youth Olympics in 2010. After this he was called a "professional athlete" in some reports, which he has said isn't exactly true. At the time, Ellie said: "People keep saying Caspar is a Team GB rower – it’s kind of got out of hand now but we find it really funny." Just to clear it up further, his Twitter bio is "not an athlete".

He has a public Instagram account with just over 18k followers. His bio contains everything he loves: Art, Sotherby's New York, Yorkshire and "live laugh (quiche) Lorraine".

His posts are about 90 per cent art and the other 10 per cent cute candids of Ellie.

Caspar Jopling and Ellie Goulding are believed to have started dating in 2017. They dated for 18 months before he asked her to be his wife in August last year. 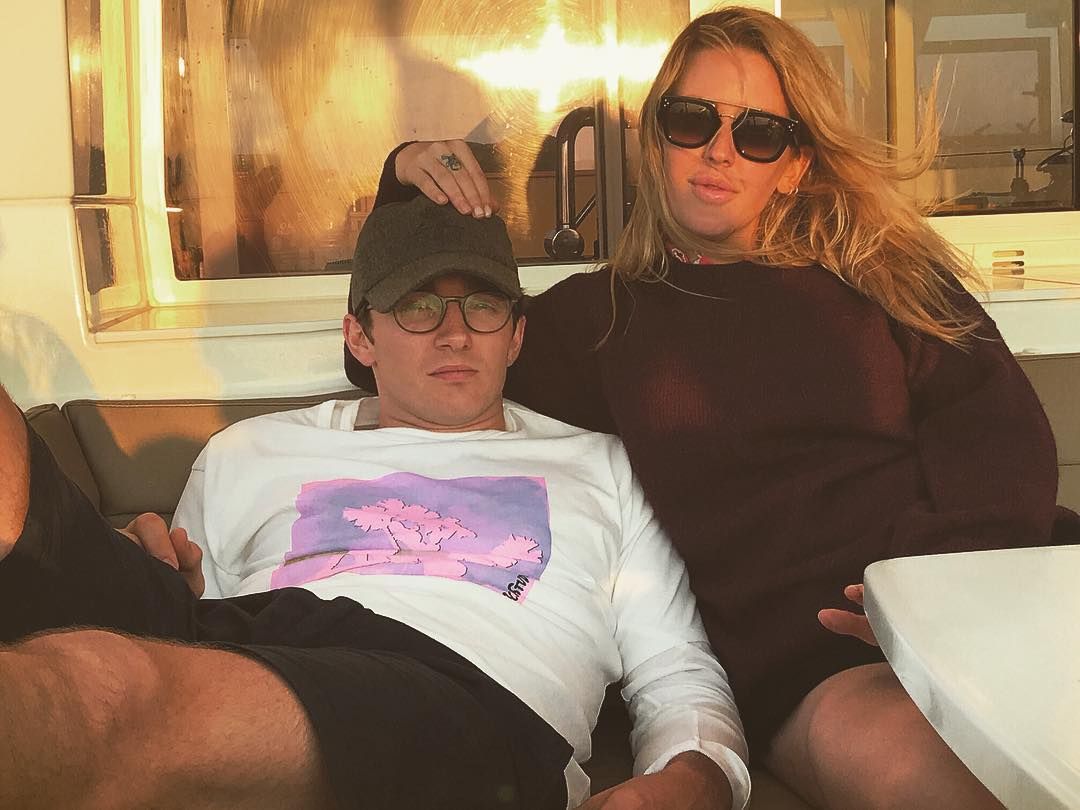 After finishing up his Harvard degree, Caspar moved to New York City and was living in an apartment in Soho with Ellie. 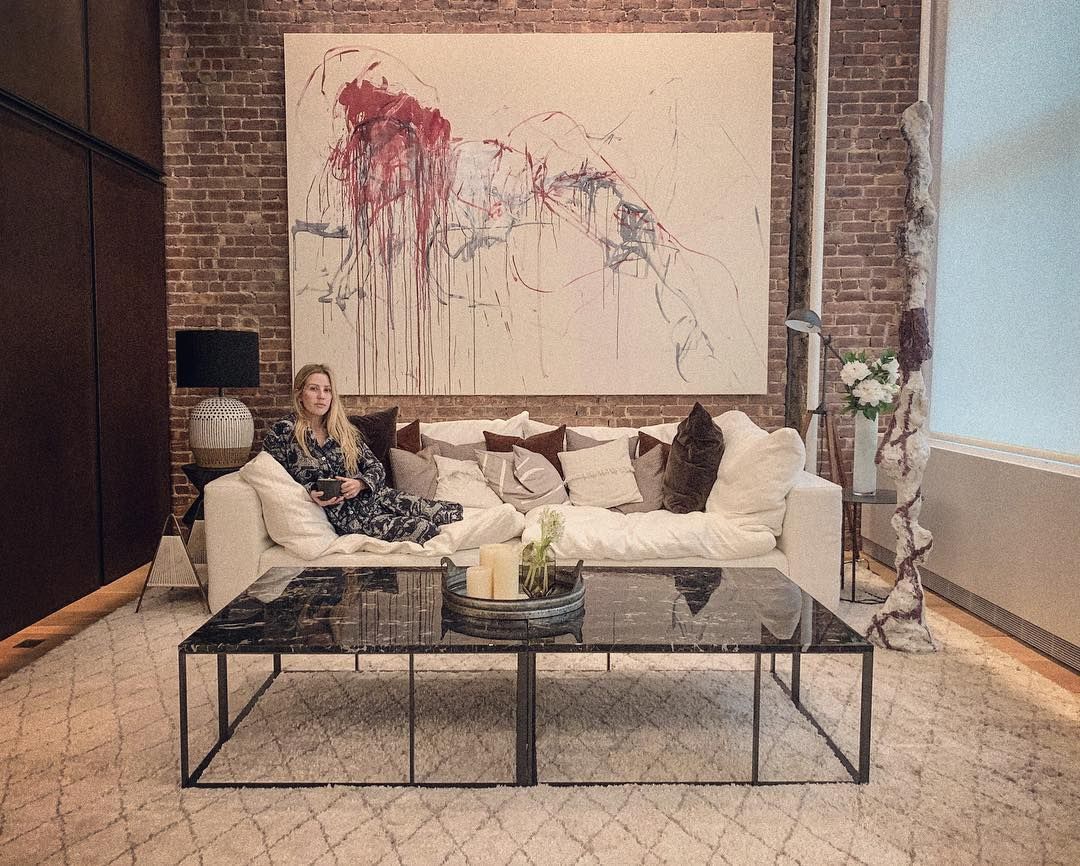 Caspar announced his engagement to Ellie on Instagram. He said: "I get to spend the rest of my life with this truly extraordinary and beautiful, beautiful person. No one has ever made me feel more full of life, knowledge, happiness, or love. Hope, passion, confidence, and more love. 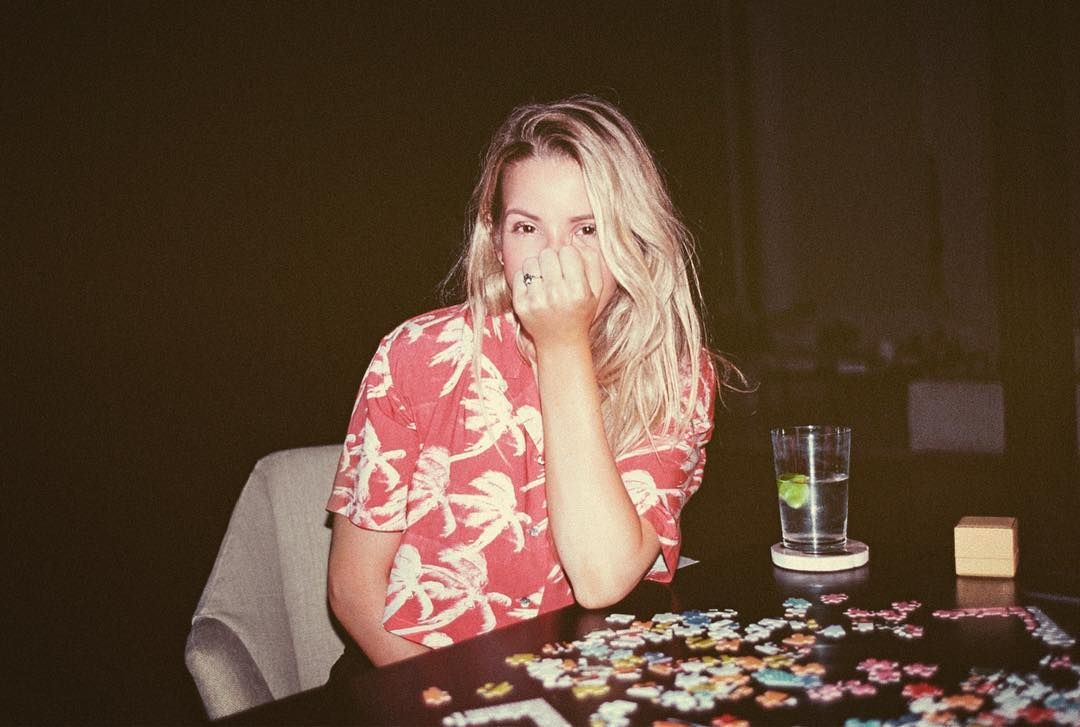 Yes, he calls her by her real name, Elena. How cute?!

Caspar Jopling and Ellie Goulding's wedding is this weekend, on Saturday 31st August 2019. The reception is being held at Castle Howard, a stately home in North Yorkshire.

Castle Howard is being prepared for the wedding, via SWNS

Castle Howard is described as one of Britain's most iconic stately homes and this weekend it could be host to some of the biggest celebs in the world. Ellie is a close friend of Prince Harry and she sang at the wedding reception of Prince William and Kate Middleton. 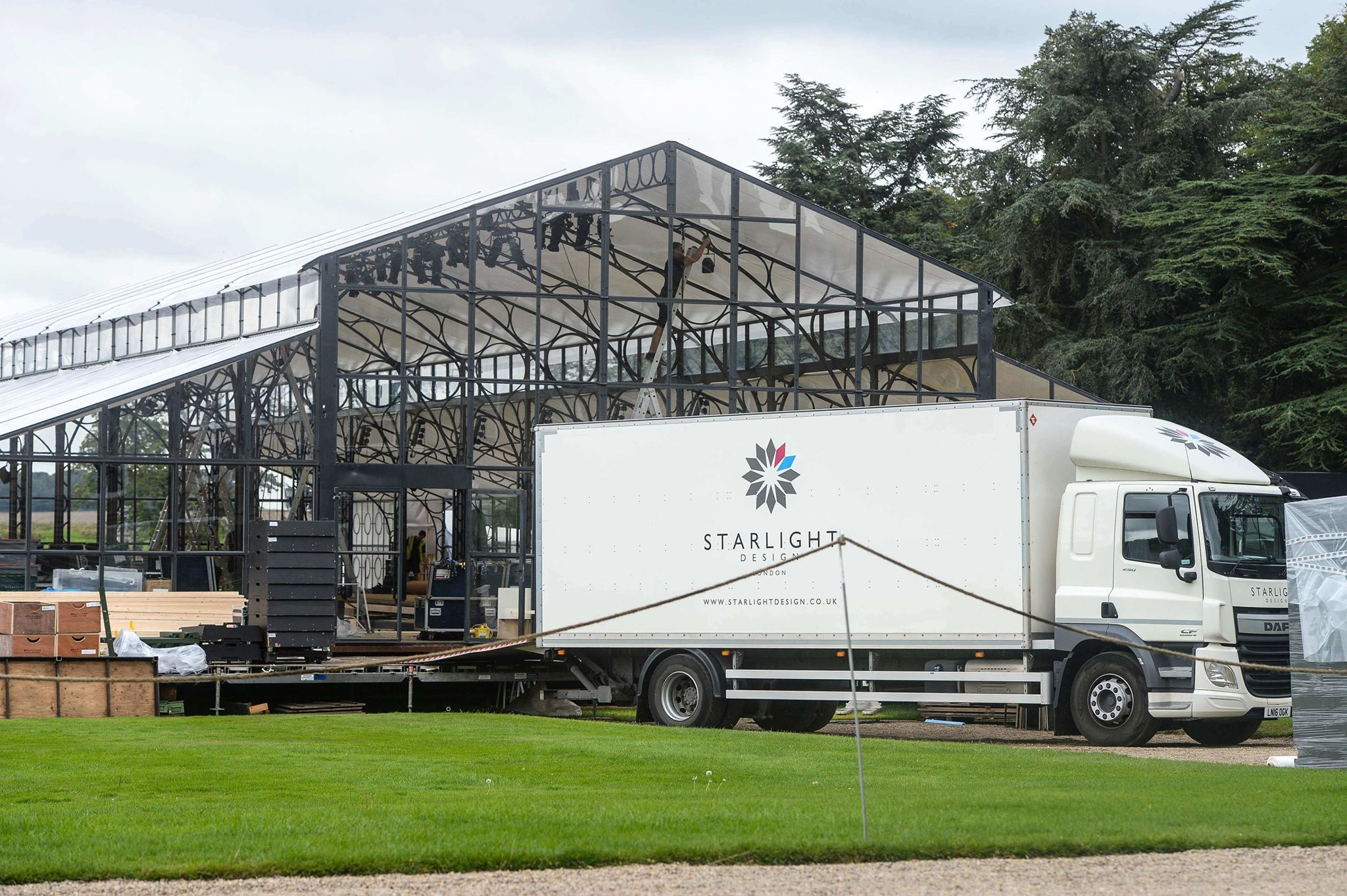 Caspar is reportedly inviting close friends Princesses Beatrice and Eugenie and apparently other guests include Ed Sheeran and Rita Ora.

There are rumours the ceremony will take place at York Minster which is due to close at 12:30pm on Saturday rather than 4:30pm as is usual. 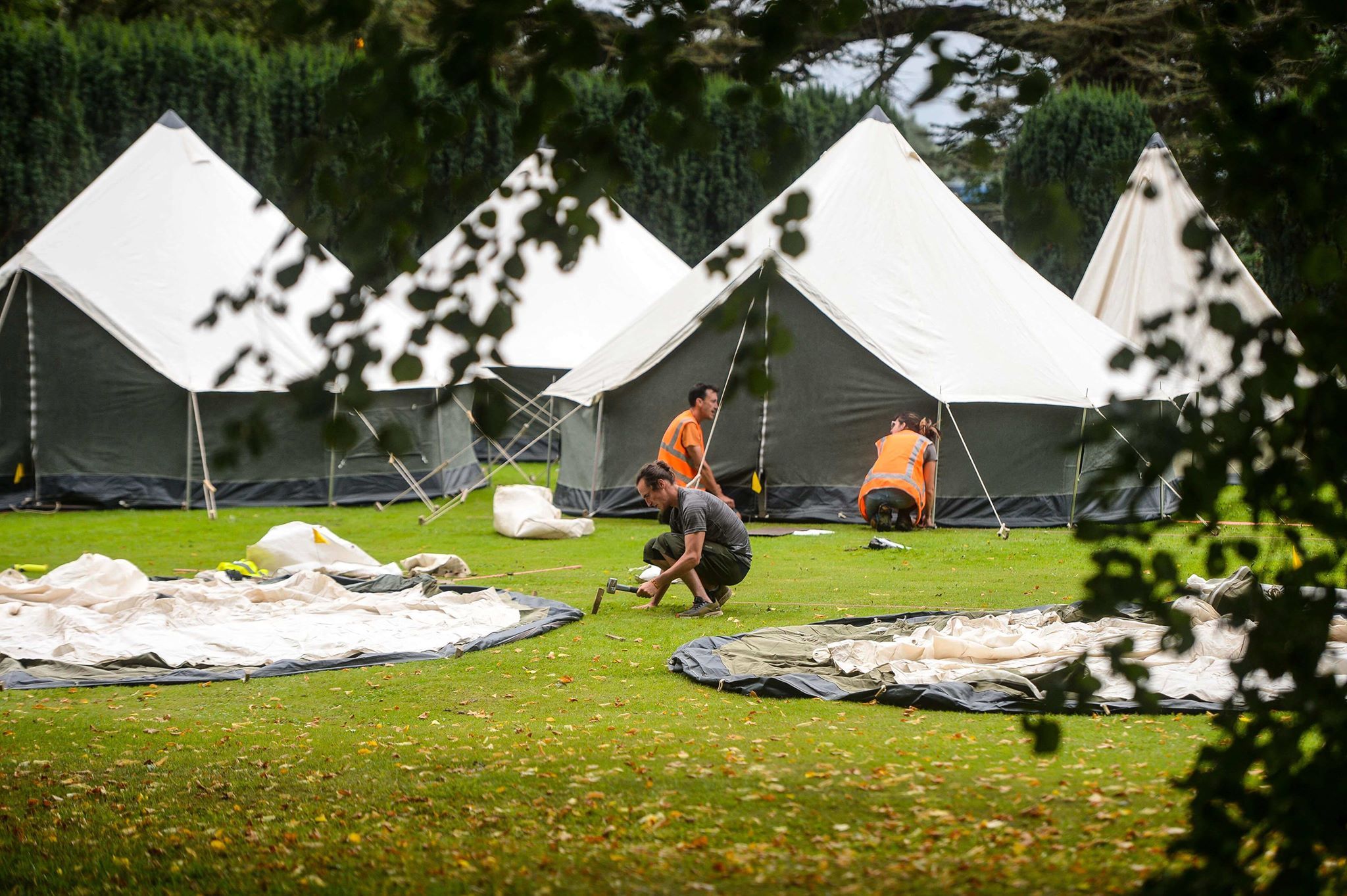