The murder of Joy Morgan: The second year student whose body has never been found

You may not have heard Joy Morgan's story. It's been called an "unsettling" case which hasn't had the media coverage it deserves. When you search for news stories about missing students, a whole Google page of articles about Libby Squire's case will appear, but nothing about Joy.

21-year-old Joy Morgan was just like any second year student at Hertfordshire University. She was a midwifery student who lived in halls and had plenty of friends.

On the night of Boxing Day 2018, Joy was at a celebratory dinner at her regular church group. The event was to thank Joy and the other congregation members for their work, but people there said Joy seemed upset and not herself. This was the last time Joy was ever seen alive. Fast forward eight months, and a man is in jail for her murder but still nobody knows where Joy is.

Joy's mother, Carol Morgan, knows her daughter is dead. She even knows the man who did it. She knows he will spend 17 years in jail for it. But Joy's mother doesn't know where her daughter's body is. Her murderer is refusing to say. 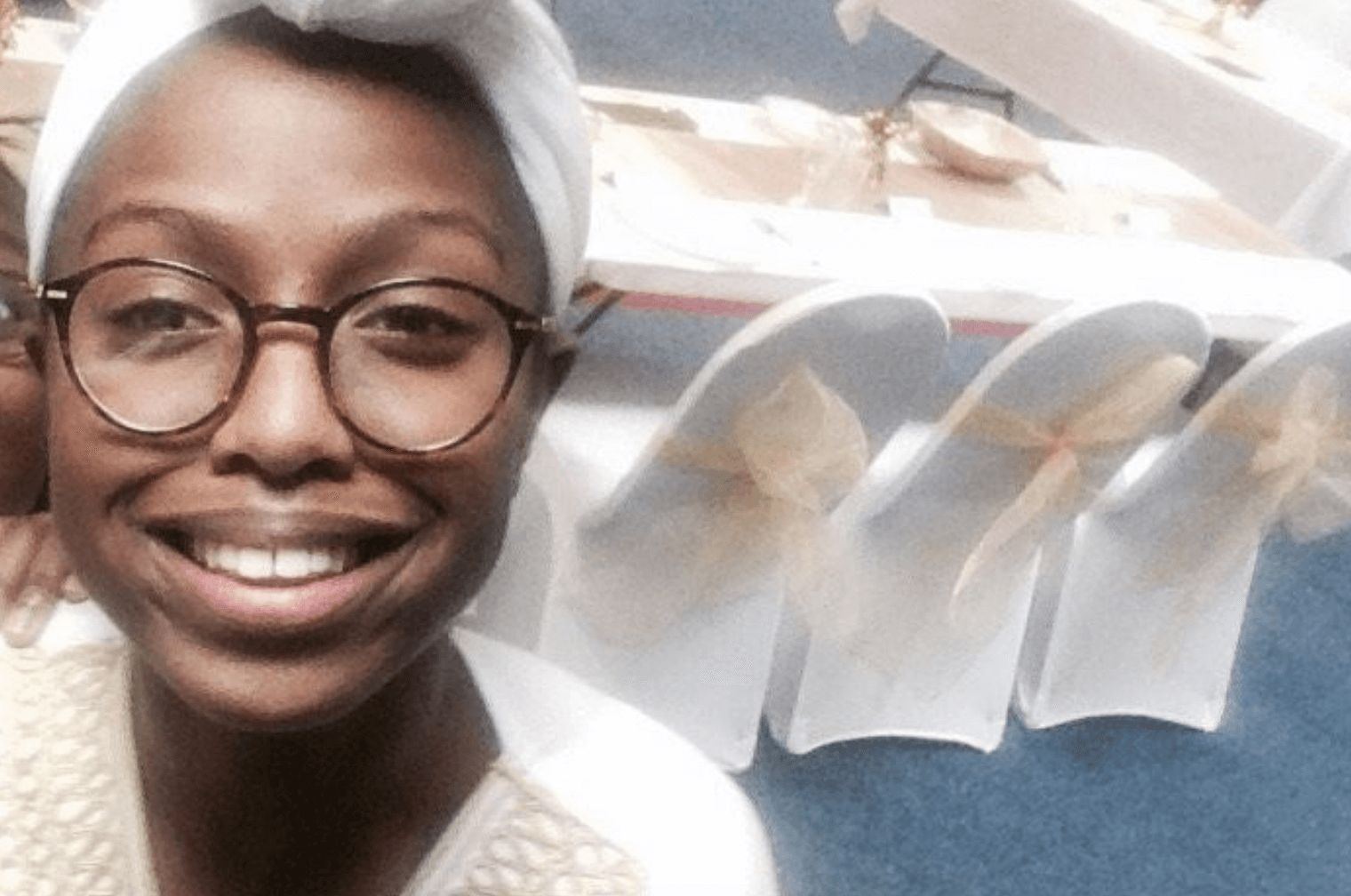 The night of Joy's disappearance

Joy regularly attended the Israel United in Christ Church in Ilford, east London. Since joining the congregation in 2015, Joy quickly became a member described by her peers as beloved and valued.

The night of Boxing Day 2018 began no differently. The church event was lively and included dinner and games. The CCTV from the day she went missing showed Joy dancing and enjoying the event with other members of the group.

However Joy wasn't completely happy on the last day she was seen. She was spotted in tears at the event.

Trine Samba, known as Sister Yahzel, was at the event with Joy and said Joy seemed "really down". "Throughout the day she was quite isolated. She kept herself to herself", she said.

Sister Yahzel described in court how Joy had chosen not to participate in the games, so she approached her to see what was wrong. Joy then asked her: "Do you ever feel like what if?" Sister Yahzel added: "And I was waiting for her to say something but she didn’t. There was an awkward silence for a few seconds. I didn’t want to pry."

Joy had also previously told another church member she started a uni assignment unusually late and wasn't happy in her halls.

Joy's number is removed from the church group chat

Two days after she was last seen, Joy's number was taken out of the church's group chat. It was later revealed in court that Shohfah-El Israel, the man jailed for her murder, was the one who removed her.

Sister Yahzel messaged Joy immediately after she left the chat. There was an indication on the phone screen Joy was typing, but no message ever came through.

"I was concerned because it’s just not like her," Sister Yahzel said. "She’s always at the church." Other group members said out of respect for Joy's decision, they didn't question her leaving the chat. But it was out of character for Joy to leave unannounced; in a video taken less than two weeks before, she described the church as "the best family that I’ve ever had". Joy's phone has never been found. 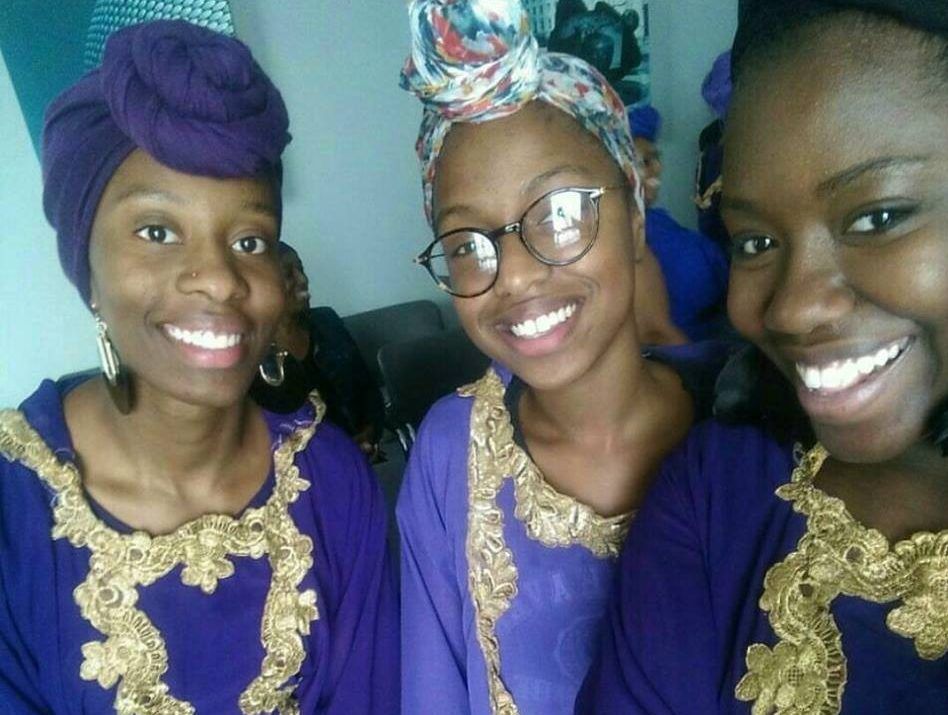 The search for Joy

Joy was reported as missing by her mother six weeks after she was last seen, on February 7th. Her uni flatmates hadn't seen her for those six weeks and contacted her mother, worried. Joy is described as shy and reserved, but this time they thought it was strange for her to be out of touch for so long.

In the time after she was reported missing, police carried out extensive searches of hundreds of acres of land in Hertfordshire. Police said Joy had links to Hatfield (her uni halls), Stevenage, Battersea, Cricklewood, Ilford (where the church was) and Luton. They searched each of those areas. Searches even went as far as the Netherlands, France and Germany. Joy had vanished without a trace.

The news of Joy's disappearance was barely reported in the weeks following. News coverage only really began after Israel's arrest. A Facebook page called "find Joy Morgan" was set up anonymously to try and help the search.

Two days after Joy was reported missing, police arrested Israel but released him on bail. There was no indication they believed there was any foul play in Joy’s disappearance. However just days later, there was a turn in the case. Reports were now saying policed feared Joy "may have come to harm" and they had growing concerns for her safety. 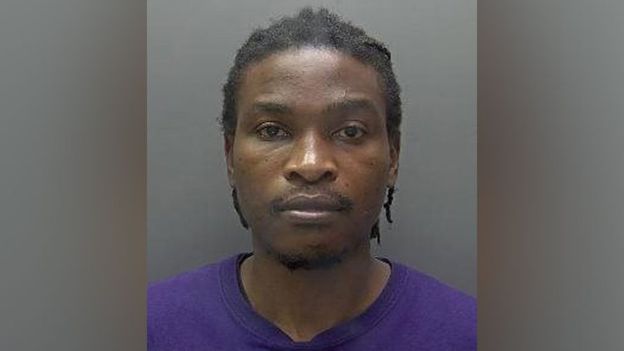 There have been a number of "potential sightings" of Joy Morgan since her disappearance. However jurors were told in court that footage from CCTV cameras in multiple locations was only kept for a limited amount of time, or the cameras were not working. Police often inquired about footage after it had been wiped. There was still no trace of Joy.

Shohfah-El Israel was also a regular at the church Joy went to. The 40-year-old and his wife are both said to have befriended Joy at the church group.

The group, part of a much wider church community of Black Hebrew Israelites across the world, has strict rules including a ban on pre-marital sex and women being around men other than their husbands. According to these rules, men are not allowed to speak to women who aren't their wives on their own. Yet evidence shown to the court revealed that Israel pursued some sort of forbidden relationship with Joy and abused her trust. In a message sent in March last year Israel told Joy she was an "amazing princess" and "a treasure that cannot be measured".

Despite the image he presented of being an upstanding married member of the church he had in fact been using chat up manuals, in some cases quoting directly from them during his exchanges with women. The jury was however not told about flirtatious exchanges Israel allegedly had with other women both before and after Joy went missing. 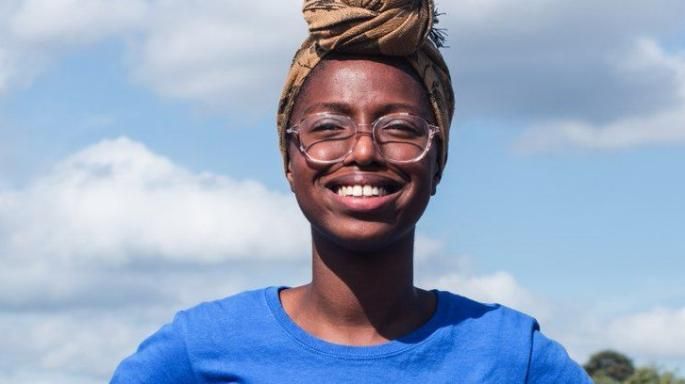 When asked by police, Israel said he drove Joy back to her halls straight after the dinner at the church on the day she was last seen. But when pressed by officers, he later admitted he lied and he actually brought Joy back to his flat in Cricklewood. She stayed on the sofa there for two nights. He claimed he lied at first because church rules meant the two of them weren't allowed to be alone together.

The church said instructions were given on multiple occasions to the congregation members saying they should not drop members of the opposite sex home without getting permission from the leadership. This was mentioned directly to Israel more than once, which he is said to have acknowledged.

Israel denied having sex with Joy, claiming he saw her as a daughter – instead he claimed she confided in him about wanting to leave the church.

As the investigation continued, evidence against Israel started to stack up. A signal from Joy's phone was detected in Israel's car in the Stevenage area on December 28th – the same day she was removed from the church group chat. The jury was told at this point he would have most likely been "looking for somewhere to dispose of the body". Israel even visited Joy's halls and university to "search" for her and called and texted her phone, which the church say was all part of his charade.

Shohfah-El Israel was arrested by police on February 9th 2019. He was charged three weeks later. He denied killing Joy at some point between December 26th and December 30th 2018.

Shortly after the arrest, the keys to Joy's accommodation were discovered in the footwell of Israel's car. This proved she couldn't have returned to her halls, despite him going there to look for her. 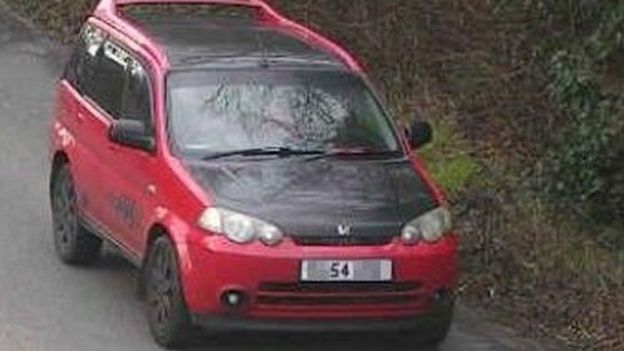 The trial for Joy's murder began

Joy's mother and other relatives were at Reading Crown Court throughout the four-week trial into Joy's murder. The court heard Joy had a difficult family background and was reported missing previously in 2013 and 2014, but only for a day on each occasion.

On August 5th 2019, around eight months after Joy was last seen alive, Shohfah-El Israel was jailed for murder. Joy's body had still not been found and there was no DNA evidence found in Israel's car. However, the case presented against Israel was strong enough that a jury of eight women and four men found him guilty in just 11 hours and 24 minutes.

He was sentenced to life imprisonment with a minimum term of 17 years for the murder. He is said to have remained emotionless as he was convicted. A letter on the church group's website says his conduct throughout the investigation and trial was nothing short of disgraceful and is not in line with church principles.

Israel was described in court as "manipulative" towards Joy and "dishonest". Passing sentence, Judge Michael Soole said: "Only you know the circumstances of your terrible deed and why you did it.

"On top of all this must be the very particular and continuing distress and suffering which flows from your cruel and cowardly silence about Joy Morgan's final resting place.

"You are evidently an intelligent man and have said nothing beyond the lies and the explanations which the jury has rejected." 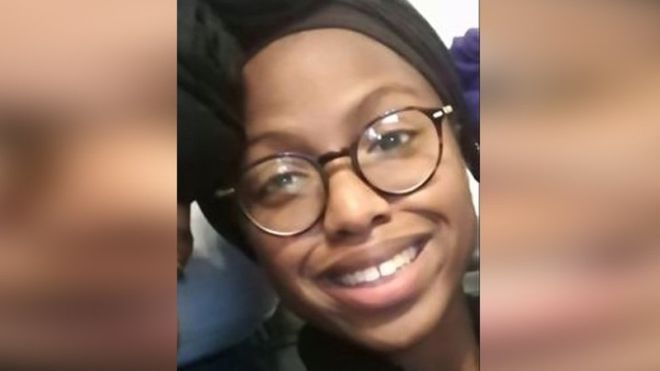 Israel still refuses to give any information about Joy's whereabouts. Despite extensive searches being carried out, her body still hasn't been found.

Speaking outside court after Israel's trial Joy's mother said: "Give me my baby back, he knows where she is. The way I hear it he was besotted with her.

"If he loved her give her back up to us so I can bury my daughter. If I get to see her before I die I'll be very grateful."

She said on Channel 5 News: "Can we have our light back please? Please return her to us please."

'The media failed my daughter'

In an interview with BBC Radio 5 Live, Carol Morgan has said her daughter's disappearance wasn't given the media coverage it needed. She said: "Because my daughter was black and because I was black I was not newsworthy.

"Why is it reporters fail to pick up the news of black people when it comes to them being missing? Because my daughter was a university student from Hertfordshire, she was a nobody.

"I've seen stories about a whale caught in the Thames getting front page news. But where did you see my daughter's news?

"The police did a fantastic, 100 per cent job to find that man, but they were failed by newspapers and reporting services because you did not promote my daughter."

The search for Joy's body is still ongoing.