Kat is literally the same and I can die happy

Scroll through your Instagram story feed and someone is probably writing a blog sized-post about how good Euphoria is. Euphoria’s executive producer is Drake. People love the soundtrack, clothing, and the young Euphoria cast. It’s become the new cult series that if you’re not watching, you’re left out of the conversation.

It’s a nod to Skins, with heavy drug references, messy house parties, messed up relationships and awkward sex – some have also described it as the American version of Netflix’s Sex Education.

But who are the Euphoria cast members, what do they look like IRL and how old actually are they?

Here’s everything you need to know about the Euphoria cast:

Zendaya plays 17-year-old Rue in Euphoria. Rue is the main Euphoria cast member. She narrates the series as she tackles her drug addiction and romantic relationship with Jules, played by Hunter Schafer.

Zendaya began her career on Disney Channel, before landing major roles in the latest Spiderman franchise, and her most well known part as pink-haired Anne Wheeler in The Greatest Showman. 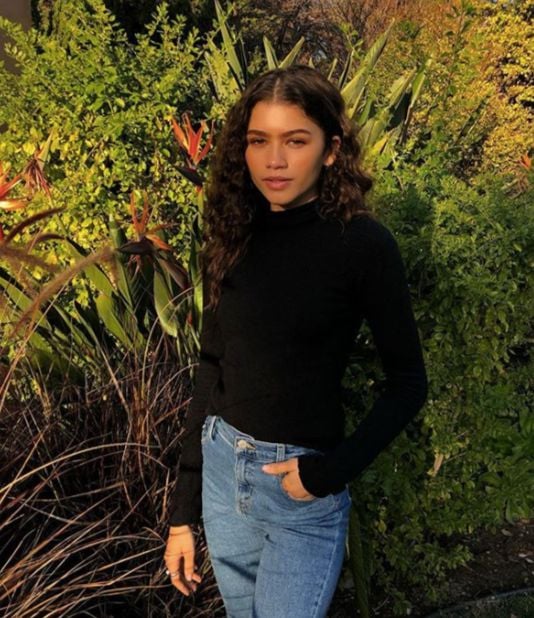 The American actress is 22, and lives in California. Alongside acting she sings, and has released her own album.

Her life is pretty sweet for someone in their 20s, being invited to the Met Gala and landing Vogue covers. 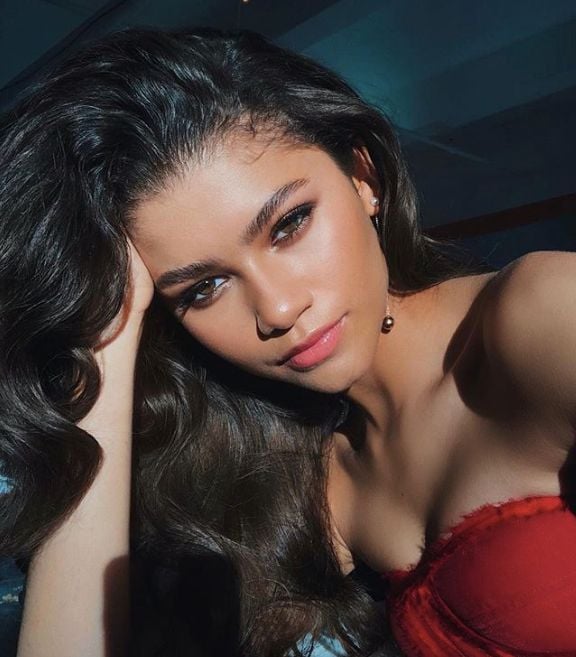 Before taking the role of Rue in Euphoria, Zendaya told Collider she was reluctant to take on a mediocre role to fill the time. When she received the Euphoria script, Zendaya said: “When I read it, I immediately just loved it. There’s no other way to put it. I just fell in love with the script, and I feel in love with Rue and all of the characters. I wanted to know more about them and about their lives. I wanted them to be okay. I just wanted to be a part of that world of Euphoria.”

In the Euphoria, Hunter Schafer plays Jules, a transgender woman who becomes best friends with Rue. She has a complicated story line, from seeking violent intimate relationships with men, to recalling being locked up in a psychiatric unit at 13 because she wanted to transition. 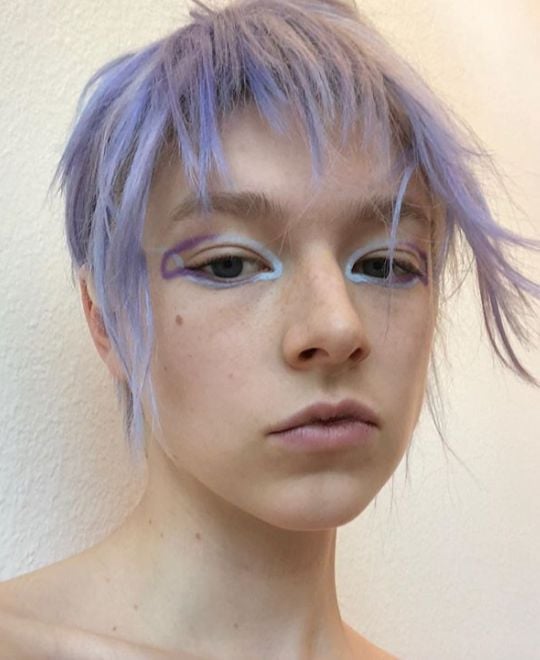 Like Jules, Hunter Schafer is a transgender woman. She’s a LGBTQ+ activist, and has been at the forefront of some major issues in America, such as trying to repeal North Carolina’s bathroom bill, whereby people must use the bathroom that corresponds to their sex, not their gender. 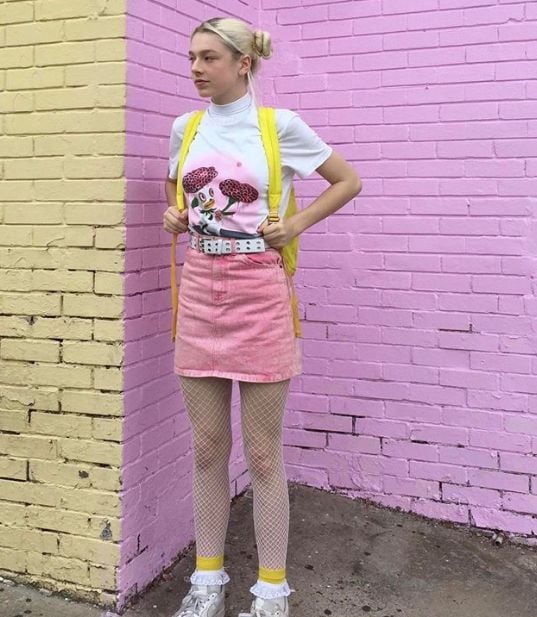 Before becoming a Euphoria cast member, Hunter had a successful modelling career and has modelled for Marc Jacobs and Dior. She’s recently been on the front covers of Paper and Dazed magazines.

And just like her character Jules in Euphoria, the 20-year-old wears sick make-up.

Sydney Sweeney plays Cassie in the Euphoria cast. Cassie is part of a popular girl group, and most of her scenes follow her relationship with her college boyfriend McKay. 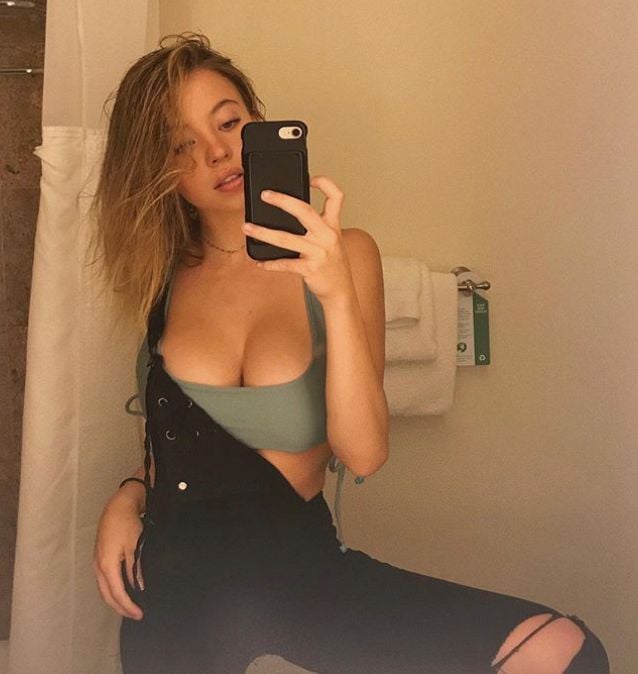 The 21-year-old recently featured in Once Upon A Time In Hollywood as one of the Manson Family members. Sydney Sweeney is also known for her roles in The Handmaid’s Tale, Sharp Objects and Pretty Little Liars.

She has nearly 800k followers on Instagram, and likes to take pics of her and her dog. 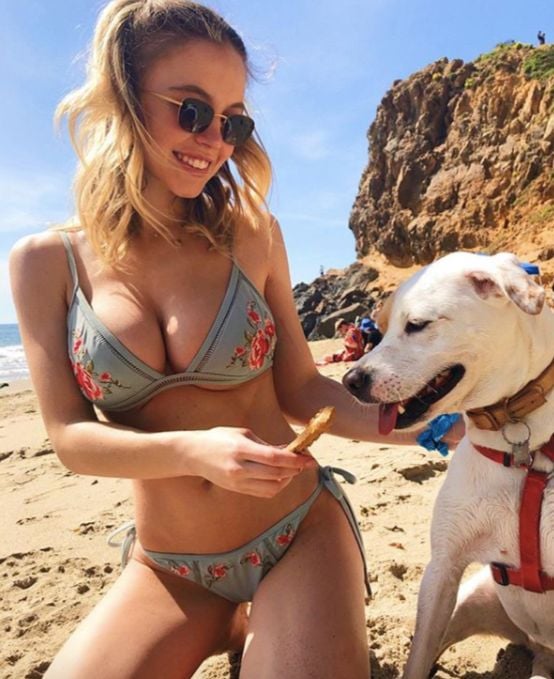 Out of all the Euphoria cast, Kat is probably the most badass. Played by Barbie Ferreira, she becomes a findom cam-girl, spends her money on clothes that would get you into Bergain and lives a secret life right under everyone’s noses. 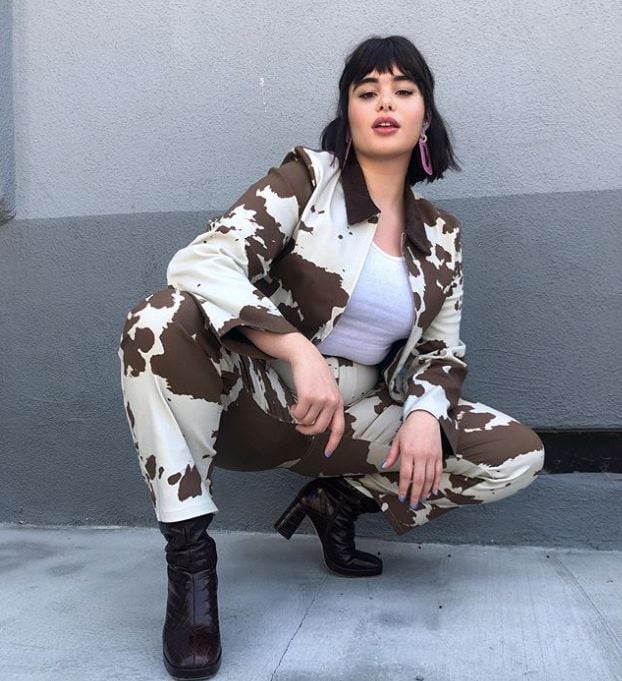 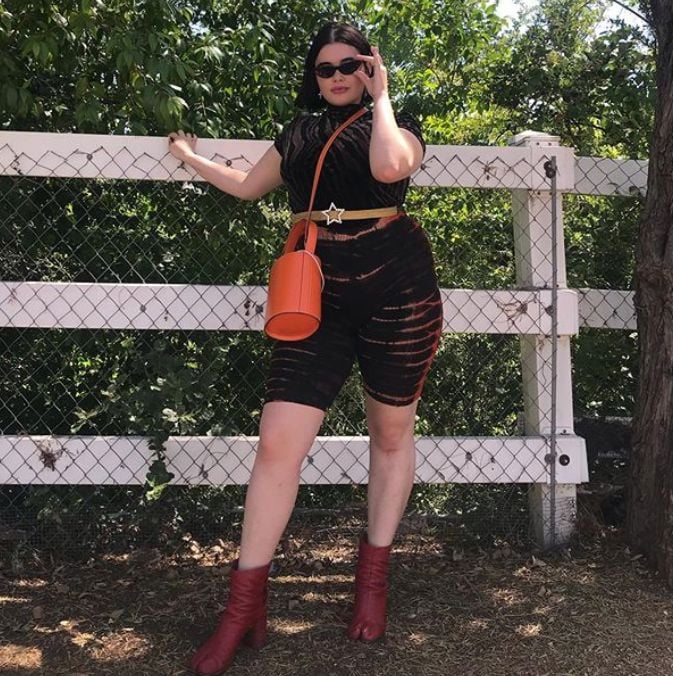 Like Hunter Schafer, Barbie Ferreira has modelled for big brands, including American Apparel, Adidas and Missguided. She was included in Time magazine’s “Most Influential Teens” list in 2016.

Nate is the villain of the Euphoria cast. He blackmails everyone into doing what he says, and generally makes their lives hell. He has an on/off relationship with Maddy, and overall is a sociopath.

But what is Nate from Euphoria like in real life?? He’s played by 22-year-old Australian actor Jacob Elordi. Before starring in Euphoria, Jacob appeared in Pirates of the Caribbean: Dead Man Tells No Tales, and the Kissing Booth. 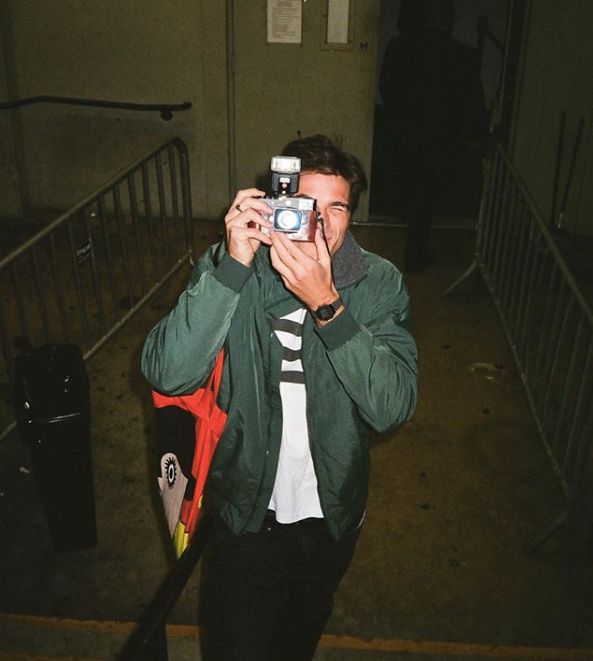 Jacob Elordi has 6.2m followers on Instagram (!!!) with only 24 posts, maybe because he’s just appeared in this new Calvin Klein ad with a bunch of famous people, including Bella Hadid, Naomi Campbell and Diplo.

#JacobElordi hits the locker room in our Neon Boxer Brief and matching Joggers from #CALVINKLEINUNDERWEAR. This is @jacobelordi #IRL. Show us your unfiltered life ➡️ #MYCALVINS. Shot by @studio_jackson Tap to shop ? Neon Joggers [US] Neon Low-Rise Trunk [Pre-Order in US]

Fezco plays a drug dealer. He’s Rue’s go-to man when she wants to pick up – but as the series progresses, Fezco stops selling to Rue to try and help her clean up.

Angus, 25, has had little acting experience, but when asked about his role as Euphoria cast member Fezco, Angus said: “I like this job. It’s the best job I’ve ever had.” He was scouted for the role by a casting company whilst walking down a Manhattan street minding his own business. 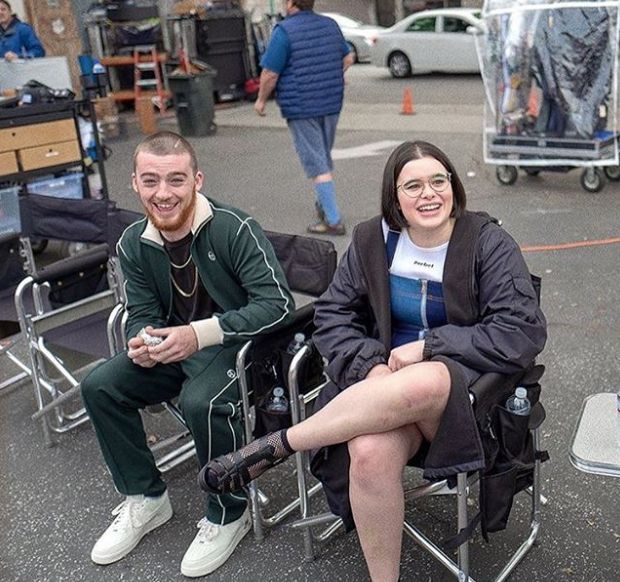 Euphoria cast member Maddy is played by 24-year-old Alexa Demie. Maddy is in an emotionally and physically abusive relationship with Nate. 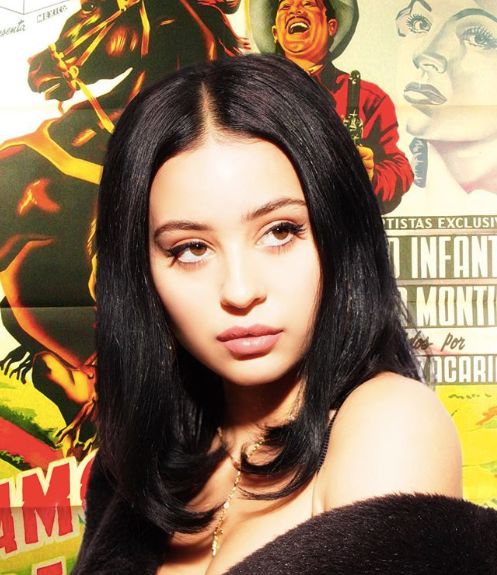 Alexa has appeared in a few big Netflix shows, including The OA and Love. She’s most well known for her role in Mid90s. 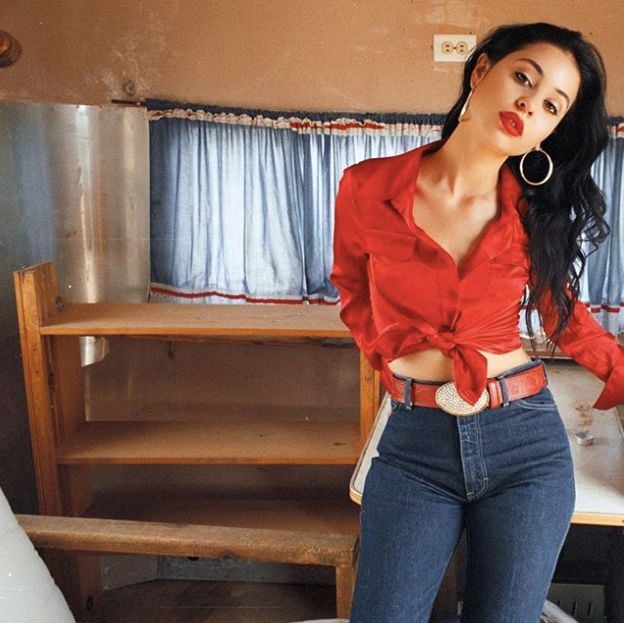 Her make up and outfits in Euphoria are iconic, as she’s made out to be one of the most popular girls in high school. Apparently Alexa created mood-boards for the shows creators, showcasing the type of make-up she thought Maddy would wear. Her inspo was fully 90s, with rhinestones, bold eyeshadow colours and glitter.

a few of the beauty references i brought in for maddy? pic.twitter.com/gDK6Kbom8r

Maude Apatow is the daughter of legendary director Judd Apatow (he directed The 40-Year-Old Virgin and other Seth Rogen films), and Leslie Mann, who’s acted in George of the Jungle and The Other Woman. 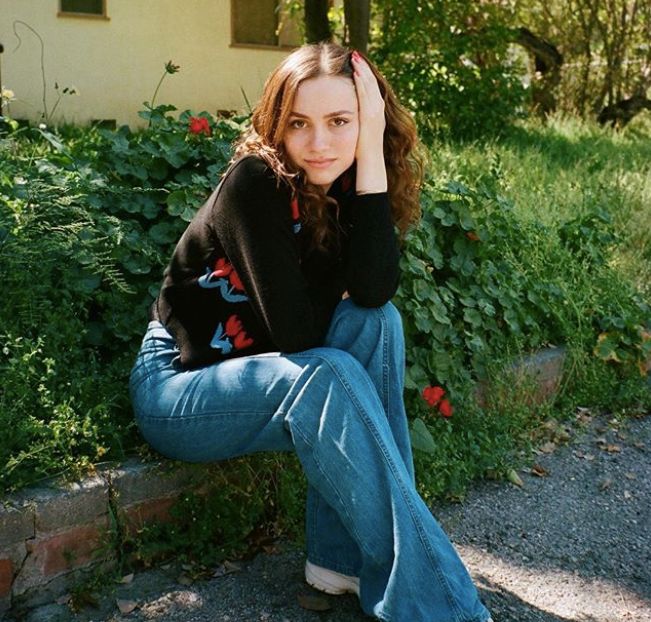 Basically she has really cool parents. Because of this, she’s starred in films made by her parents alongside her sister, Iris Apatow, such as Knocked Up and This Is 40. 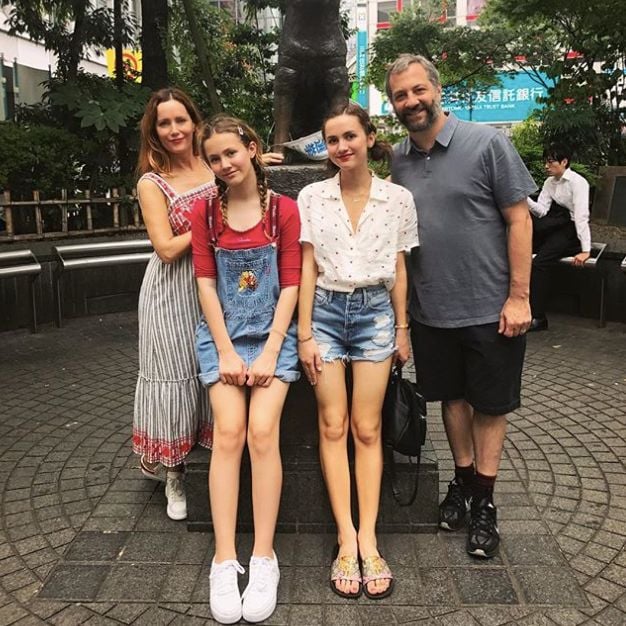 Maude is 21 years old. She studied theatre at Northwestern University, but dropped out to become an actor full-time. She has a British, London-based boyfriend – she even went to Leeds Festival with him in 2018!! 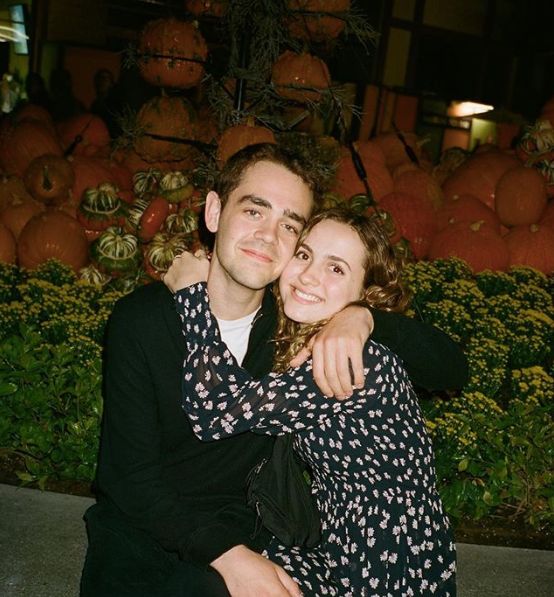 At 16, Storm has been in some pretty major productions, including 12 Years A Slave and When They See Us. Hollywood Reporter recently included her in their Top 30 Stars Under 18 ranking. 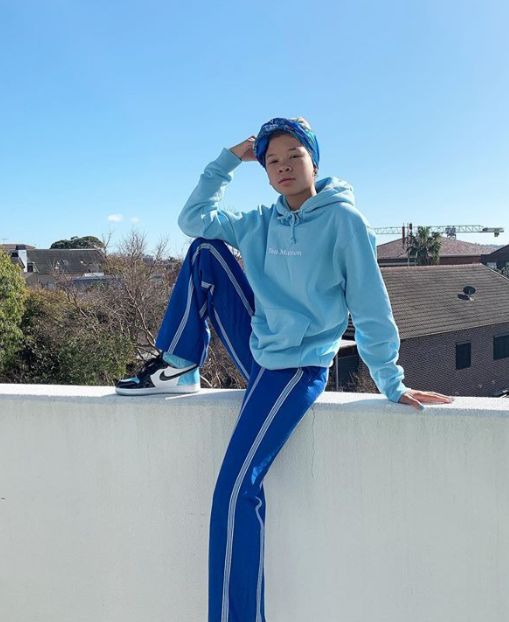 She describes herself on Instagram as an “actress”, “fashionista” and “future filmmaker”. Storm Reid, alongside Robyn Simpson created the Bamazing Instagram page, where they post inspirational videos and pictures of young people doing amazing things. It currently has 6,000 followers. 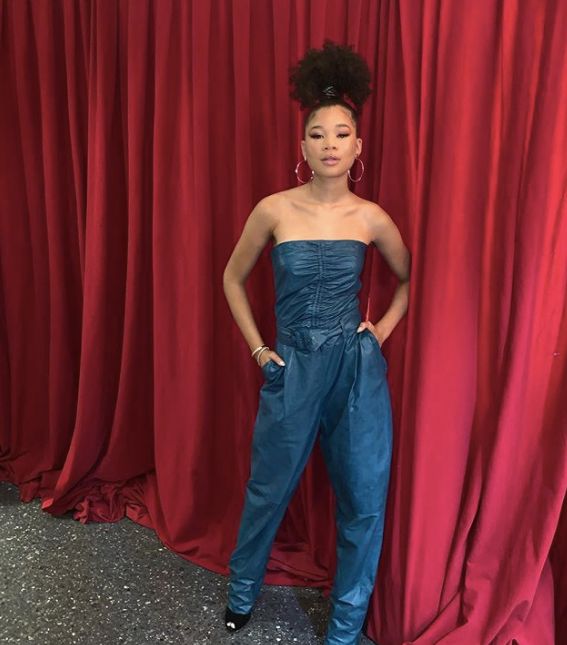 McKay is Cassie’s boyfriend in the Euphoria cast. He’s spent his life training up to be an American football pro, but as soon as he gets to college he realises the chances of going pro are slim. 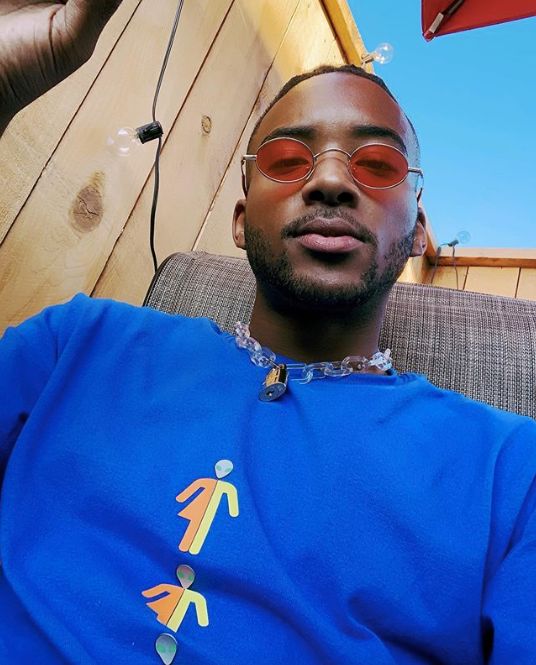 Like Storm Reid, 24-year-old Algee Smith has been acting since a young age and has had roles in several television series, such as The New Edition Series. He also had a prominent role in crime drama Detroit.