Bird or bunny? This optical illusion video is sending everyone wild

Once you see both you can’t unsee it

The debate started after a video was posted on Twitter with the caption: "Rabbits love getting stroked on their nose." People then went crazy in the comments disputing that the video was actually of a crow or a raven.

Rabbits love getting stroked on their nose pic.twitter.com/aYOZGAY6kP

The tweet has over 22k retweets and 87k likes, this argument is serious business. Bird or bunny has got people questioning their own vision.

The discussion is so wide, the debate was on Good Morning America, NBC News, 7 News Australia and countless other news shows worldwide. The whole globe really is divided.

At first, it's quite obviously a bird. But then when you read the caption and see it as a bunny's nose you can't unsee it. It will actually mess with your head. 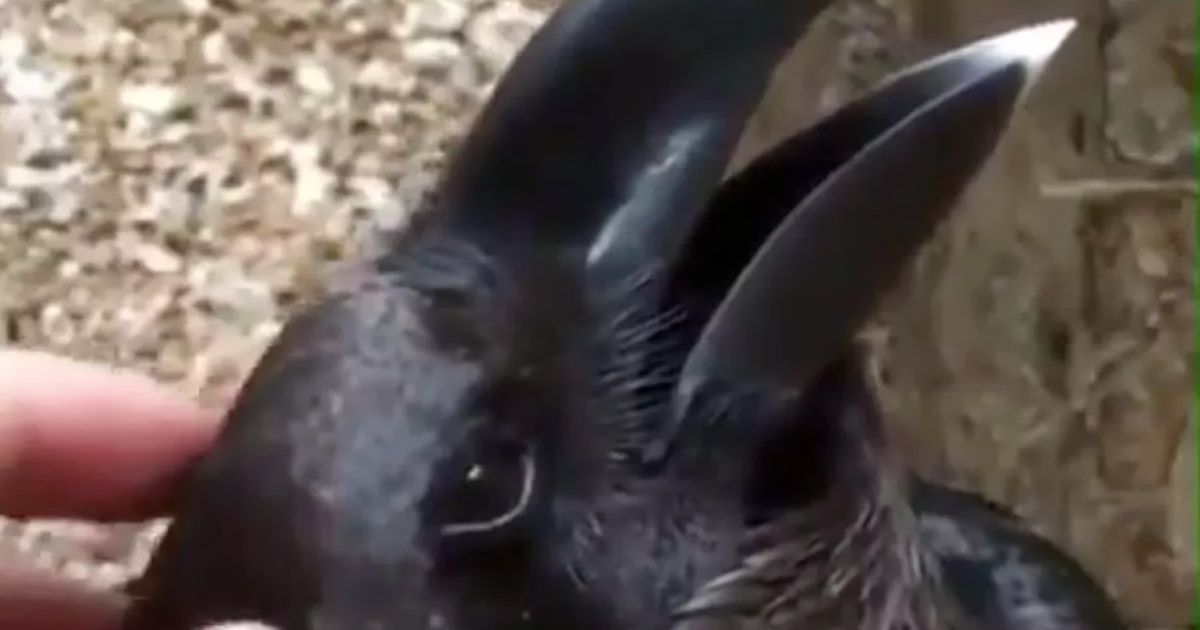 You see that bird, then look at the eyes and nose and it's A BUNNY

PETA has even made a statement about the video. It read: "Rabbits sometimes purr when they are happy. Crows have dropped nuts in the middle of the road and waited for cars to drive by to crack them open.

"Whoever you see in this video – bird or bunny – both are individuals who deserve respect and kindness."

But is it a bird or bunny?

Sorry to break it to anyone that thought differently, but it is a bird. The original post was from Instagram two years ago.

It was posted by Paige Davis, with the hashtags: #mischieftheraven #whiteneckedraven #raven.

Even though it's old, the video being taken to Twitter has meant this post has blown up all over again. It's getting hundreds more comments.

Paige Davis told NBC News the bird is a white-necked raven named Mischief. She said: "He is an educational ambassador for his species at World Bird Sanctuary, and he teaches people all about ravens, conservation, and ways we can help wildlife every day."

My favourite underreported part of the entire bird or bunny story is that it is actually a talking bird named Mischief. pic.twitter.com/MW5el07baN

That's that one then.

Other times the internet lost it over weird illusions:

• Everyone is losing their shit over this picture of some strawberries