The family of Emily Drouet, the Aberdeen student who died by suicide after a campaign of abuse at university, are taking legal action against her ex-boyfriend.

Angus Milligan choked Emily and sent abusive texts, during their relationship in their first year at Aberdeen. In March 2016, Emily took her own life.

Angus pleaded guilty to one count of assault, a communications offence, and threatening and abusive behaviour, but only received 120 hours of community service. The judge told Angus: "there was no excuse for you behaving in the way in which you did."

However, despite being kicked out of Aberdeen, Angus enrolled at Oxford Brookes months later.

Emily's mum, Fiona, told The Tab the new legal action is to "hold him responsible for Emily's mental health decline which led to her taking her life.

"She never had any history of mental health problems before."

In February, The Tab reported Emily's story and her family's fight to get justice. Angus and Emily had entered into a relationship during Freshers' 2015, and Angus quickly became abusive. 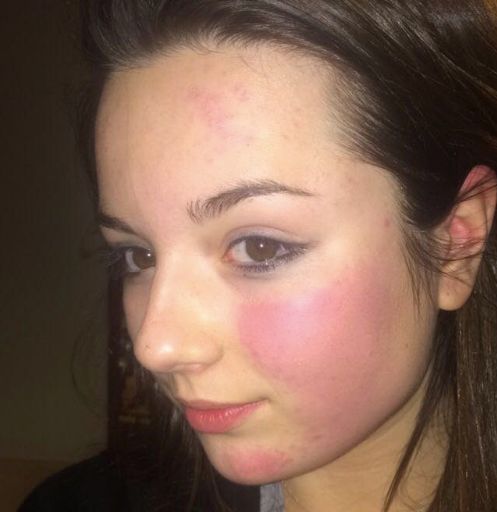 A picture Emily took after Angus assaulted her

He choked, slapped, and pushed Emily into a desk. In text messages, he repeatedly called her a "fucking slut", "liar", "bitch", "cunt", and freak.

After Emily died by suicide in her halls, her family gathered the documents and evidence to take Angus to court. However, they believe the punishment was lenient, and some charges were dropped due to lack of evidence.

Alongside this, Fiona launched the #Emilytest campaign, and secured £400,000 funding for action against gender-based violence in Scottish universities.

The Tab understands Angus intends to defend the legal action.

Fiona Drouet told the Press and Journal: "This has cast a long cloud over all of us and we do not believe Emily got justice from the courts in 2017.

"Our daughter had her life taken away and yet he is carrying on unimpeded, as if nothing has happened.

“We hope this will show others that the controlling and violent behaviour he exhibited towards Emily should have no place in our society.

"We believe we have to continue pursuing the matter in other ways in order to make him realise the devastation his actions have caused.

"This isn’t about money, it is about holding people accountable for their actions.

"It’s about making somebody understand there are consequences when they bully others and they shouldn’t just be allowed to walk away from these actions.

"Countless lives are lost as a consequence of domestic abuse and perpetrators need to accept responsibility for those lost lives."