It’s called ‘I Am a Killer’

Netflix has released a new true crime series exploring the crimes of 10 killers who are on Death Row. The series is called "I Am a Killer" and each episode focuses on the real life story of a different criminal charged with murder.

There are 10 episodes in the true crime series, each are around 50 minutes in length. Here are the real life stories of the inmates included in each episode.

*Content warning: This article contains some details of violent crimes*

The first episode of I Am a Killer on Netflix focuses on James Robertson.

Robertson in I Am a Killer on Netflix

Right now, James Robertson is 54-years-old and on Death Row in Florida. He has so far served 37 years in prison, plus another five on Death Row where he is currently.

Robertson was first jailed for 10 years in the 1980s, when he was a teenager. This was for burglary and aggravated assault. After his initial release, he spent a lot of time in and out of prison.

In December 2008 he was in prison in Florida when he murdered his cellmate Frank Hart. He was sentenced to Death Row four years later.

Foster in I Am a Killer on Netflix

Foster was convicted of murder, but he has never actually killed anyone. That's where the Texas rule of "Law of Parties" comes in.

Kenneth Foster had been driving around town with three friends on the night of August 14th 1996. He was 19-years-old. They decided to go and look for easy targets of people to rob to pay for a night out. After earning some money they decided to change their plans and pursue a girl they had seen called Mary.

They followed her back to a house and when they approached her she shrugged them off. A young man came to the scene and told Mary to go inside. The man was Michael LaHood Jr, and moments after he said this he would be shot dead at point blank range.

The men drove away but were stopped by police. Every single man said Mauriceo Brown (one of Foster's friends) had committed the murder. Even Brown himself admitted it. Brown was sentenced to death. But Foster was was also found guilty of capital murder and sentenced to death.

"Law of Parties" means Foster was also guilty because he created an environment where a murder was able to take place.

Episode three is all about Justin Dickens. 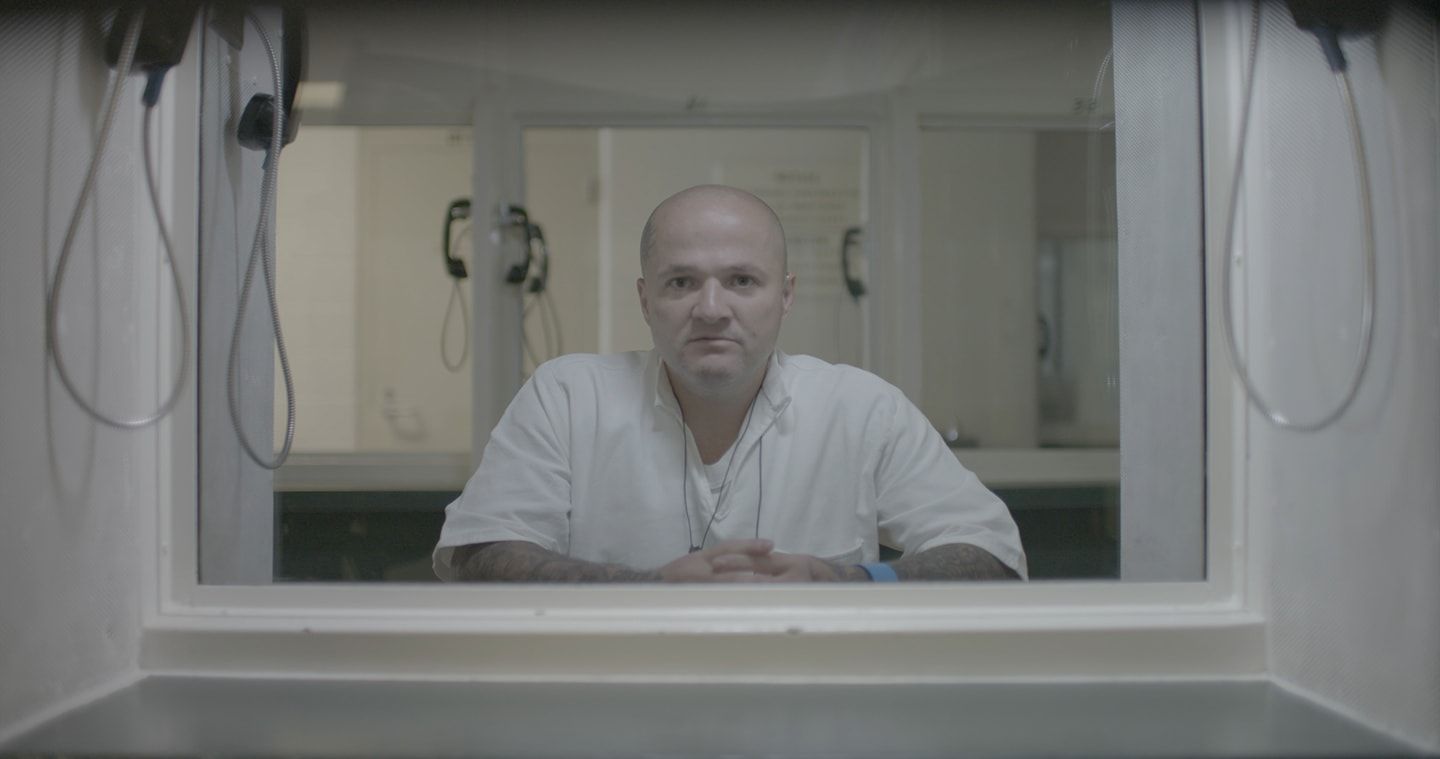 Dickens in I Am a Killer on Netflix

Dickens' story is of a robbery gone wrong. Dickens had got himself in with the wrong kind of people from a young age. He ended up being in "debt" to a man called Dallas Moore. Dickens says Moore demanded he take his ski mask, find a gun and get money owed for missing drugs.

Dickens went to Mockingbird Pawn & Jewellery Store and attempted to rob it. It went wrong and Francis Carter, who had been working there, ended up dead.

Dickens never denied killing Carter, but what's shady is if it was a callous and brutal act, calculated by Dickens. The state of Texas said yes and he landed himself on Death Row. However, 10 years later his sentence was reduced to life with a minimum of 40 years in prison.

Episode four is about Miguel Angel Martinez, who was sentenced to death for his role in what has been called a “satanic murder” in 1991.

Martinez in I am A Killer on Netflix

Miguel Angel Martinez is the youngest person to ever be sentenced to death in Texas.

Him and two others were involved in an incident which left three people dead. One of those involved was freed from any charges, the other was given 41 years in prison on three counts of murder and Martinez was sentenced to death.

The three had been at a house together when they decided they wanted to rob someone. They took a knife and axe as weapons. They chose their victim as local baptist minister James Smiley. When they got to his house, James Smiley had two guests.

One of Martinez's friends, Miguel Venegas (who got 41 years), was convinced he was "the son of satan" and said on the night "the devil's got my back". All three people in the house were killed. 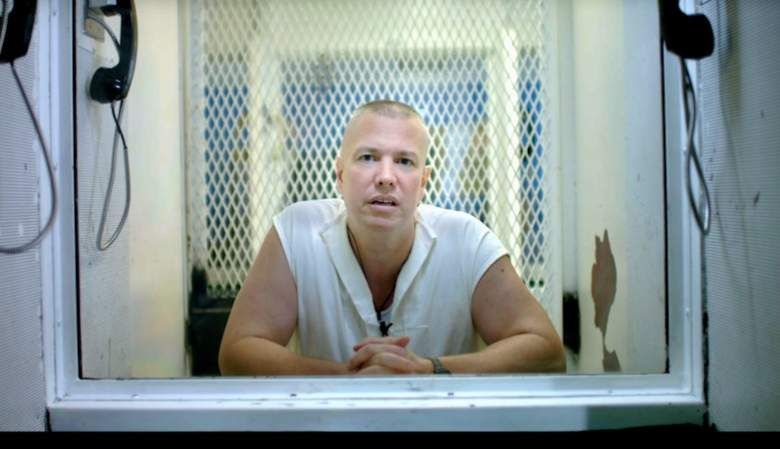 Thompson in I Am a Killer on Netflix

Charles Victor Thompson is an current inmate at Texas Death Row. He was sentenced to death in April 1999 for the murder of his ex-girlfriend Dennise Hayslip and her boyfriend Darren Cain on April 30th 1998.

The incident happened not long after Thompson and Hayslip had broken up. He had been to the house she was at with her new boyfriend Cain to pick a fight. The police were called and Thompson left with them.

Just a day later, Thompson went back. But this time he shot both Dennise and Darren. Thompson was originally charged with manslaughter but then Dennise died due to a hospital error.

Episode six is about David Lewis. He doesn't deny he committed murder, but his mental health remains in doubt. 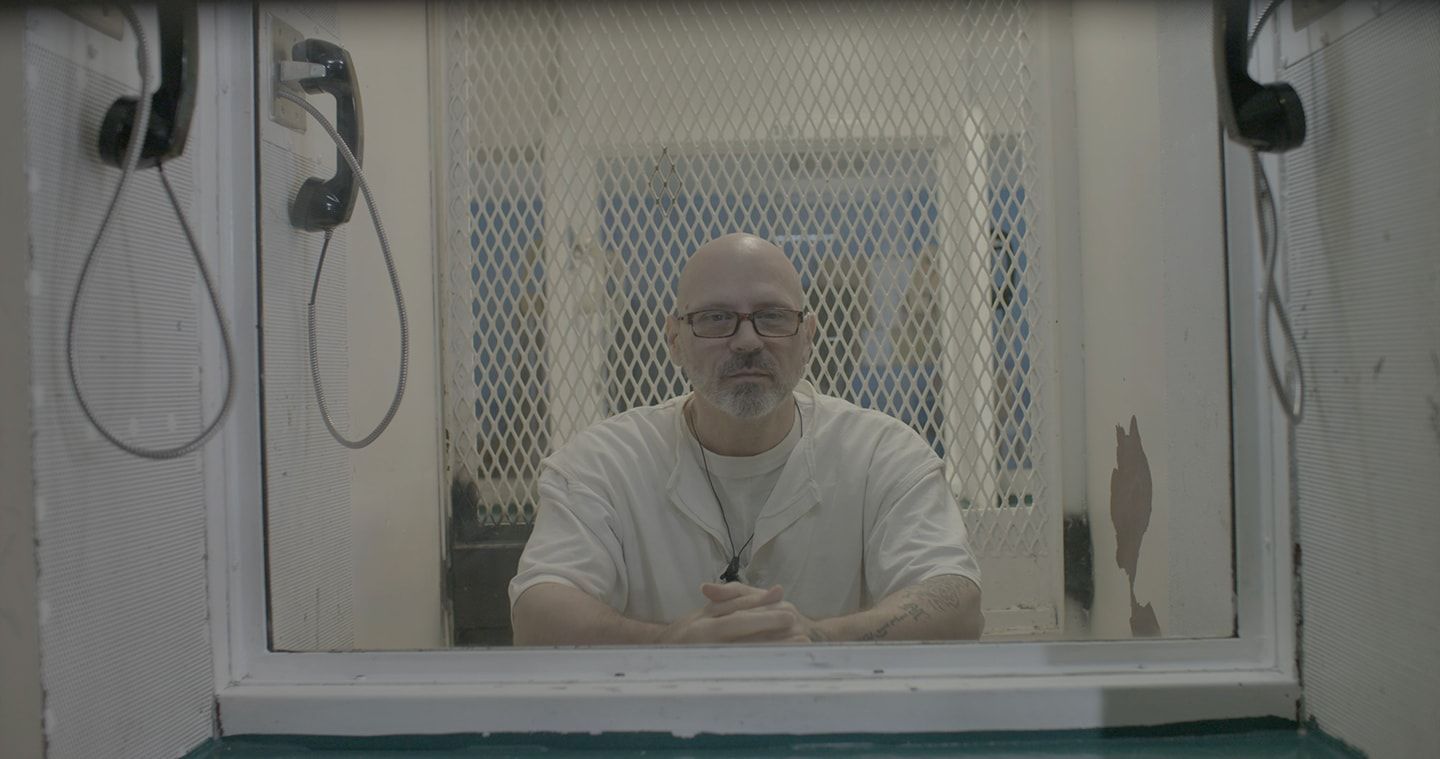 Lewis in I Am a Killer on Netflix

David Lee Lewis is now 53, and was convicted of killing a woman after burglarising her home in 1986. He is appealing his Death Row sentence on grounds of being intellectually disabled.

He was convicted of shooting and killing a 74-year-old Myrtle Ruby. He had gone to her home to steal guns, but said he was taken by surprise when he found her at home. He says he has lived with the regret of the murder every day.

Episode seven is about Deandra Buchanan. He killed three people, but to this day says he doesn't recall the crime at all.

Buchanan in I Am a Killer on Netflix

Deandra Buchanan lived in a house with his stepfather, aunt and girlfriend. It is said he suffered severely with paranoia, and believed they wanted to kill him.

He shot all three of them, but says he can't recall a thing. Buchanan was found guilty of three counts of murder and sentenced to death. A jury of 12 voting 10 to two in favour of the verdict. However, a new Missouri state law was introduced in 2003 that prohibited the death sentence in cases where the jury’s decision wasn't unanimous. His sentence was then changed to a life sentence.

Episode eight is about Robert Shafer whose story includes another robbery gone wrong. 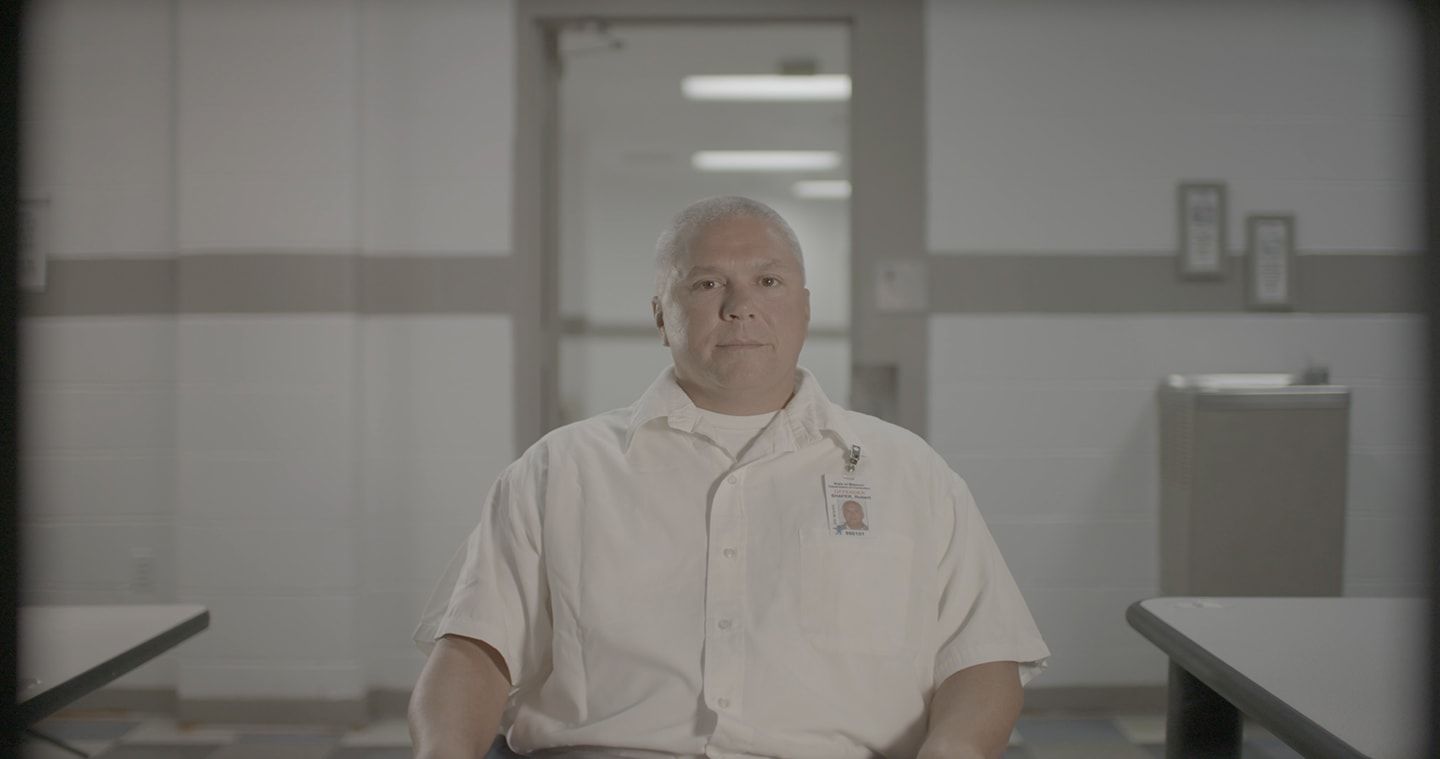 Shafer in I Am a Killer on Netflix

In 1990 when Robert Shafer was 19, him and 16-year-old David Steinmeyer handed themselves into police in Missouri. They confessed to the killings of two men, Dennis Young and Jerry Parker.

The pair approached the couple to rob them, but the crime spiralled out of control and the pair ended up being kidnapped and killed. Robert Shafer requested the death penalty but just three weeks after arriving on Death Row he appealed his sentence.

He is currently serving a life sentence in Missouri. He was on Missouri Death Row but had his sentence reversed and was re-sentenced to life without parole on March 17th, 2004.

Episode nine is about Joshua Nelson, who murdered his friend. 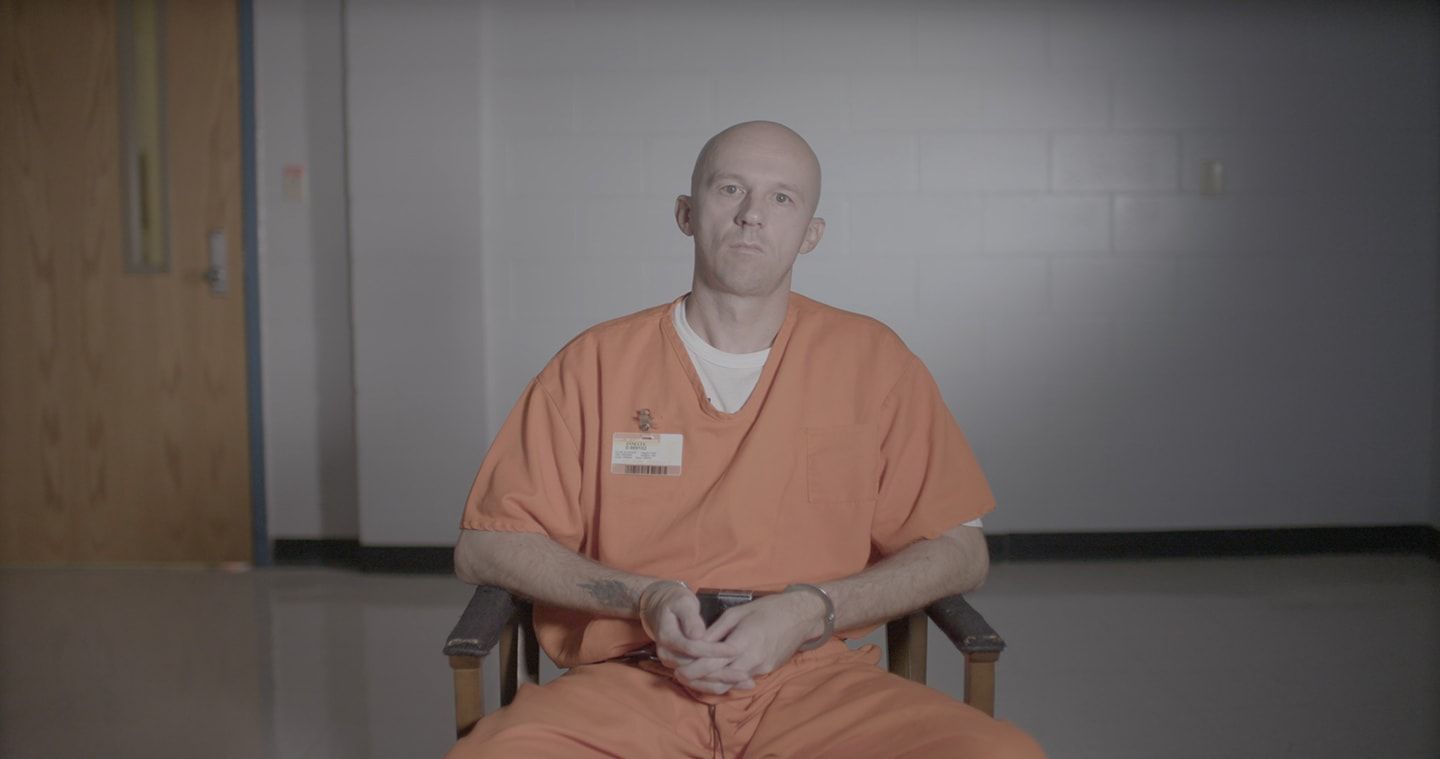 Nelson in I Am a Killer on Netflix

Nelson killed his friend Tommy Evans on the 10th March 1995. Nelson had grown up surrounded by a life of petty crime. During a stint at youth offenders he met Keith Brennan. The pair decided to rob a car from their mutual friend Tommy Evans.

The decided the only way to get his car was to kill him. They then took the car to pick up their girlfriends, and told them what had happened. The girls rang the police, and the boys confessed. Brennan was a minor, so couldn't be sentenced to death. But Nelson is currently on Death Row in Florida.

The final episode of the 10-part series is about Wayne Doty. 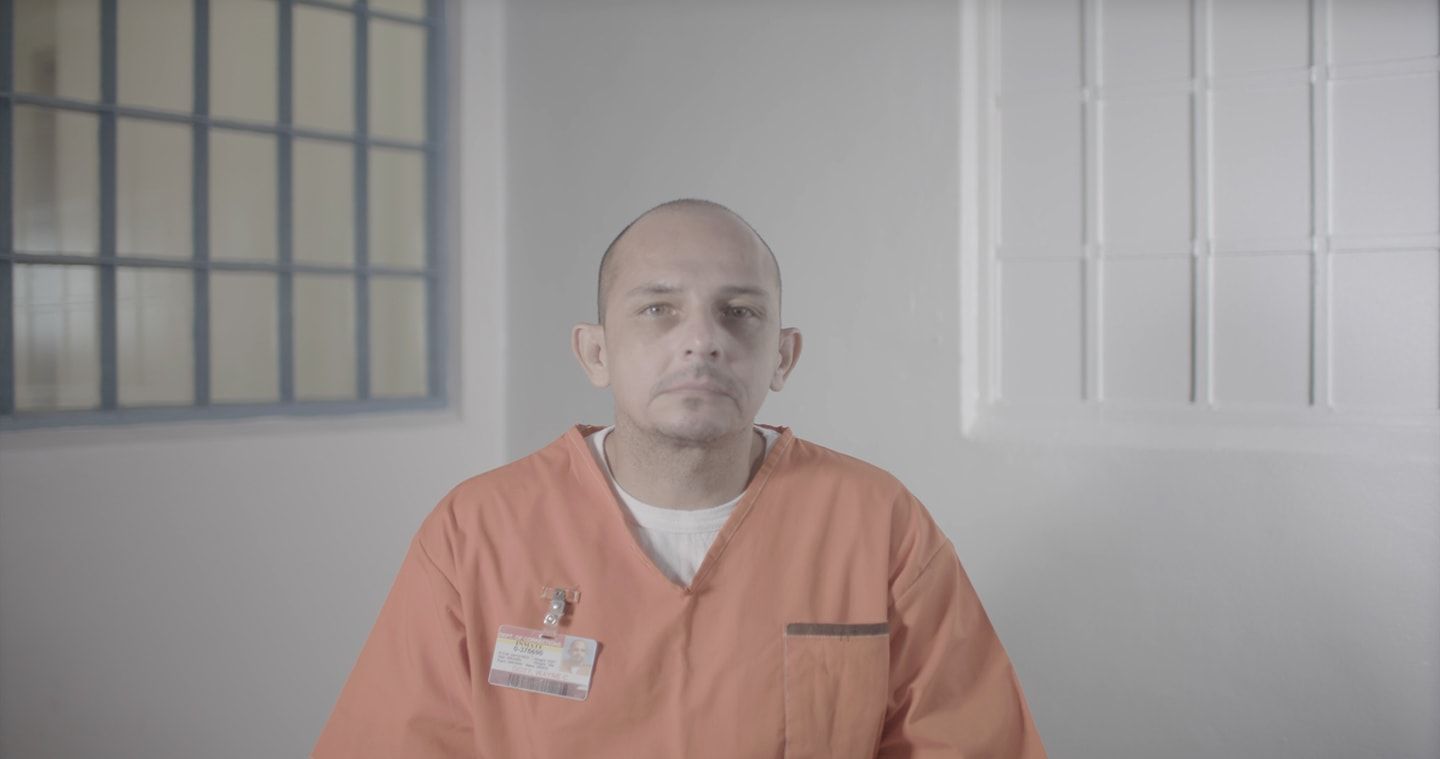 Doty in I Am a Killer on Netflix

What stands out about Wayne's story is that he has confessed to his crime, but has requested he is executed by electric chair. This method is no longer used at Death Row in Florida where he is. He is the first inmate to "request" to be killed by electric chair.

Wayne Doty is a double murderer, and is currently on Death Row for the murder of Harvey Horne II in 1996 and the murder of fellow inmate Xavier Rodriguez in 2011.

Horne was a night watchman at a factory in Plant City, Florida. Doty claims he also sold meth, and that's why he had gone there. He says he took a gun to trade for the drugs, but he ended up killing Horne with it. He was sentenced to life without parole.

Whilst in prison Doty began selling contraband, but when fellow inmate Rodriguez was doing the same "on his turf" he killed him too. He then landed on Death Row.

I Am a Killer is currently available to stream on Netflix.