These reactions to Houghton festival being cancelled will make your day

Houghton Festival was cancelled this morning, the day it was supposed to start. The festival was called off because of severe weather conditions forecasted by the Met Office, including 40mph winds and thunderstorms.

The Houghton festival crowd are no less savage. Some of the responses to the extremely last minute announcements are golden, and we've cherry picked the best of the best for your enjoyment:

1. Some people just didn't want to believe it

2. Some were looking for alternatives

5. All those beers and drugs purchased have gotta go somewhere 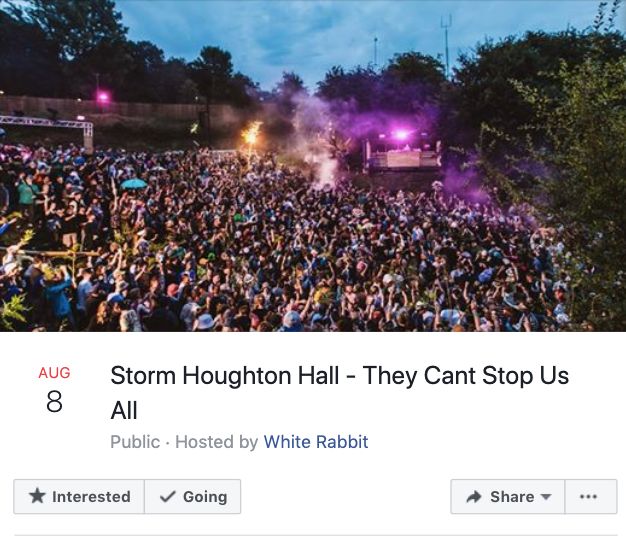 The existence of this event is only made funnier by the fact that Houghton has been shut down due to a severe storm.

Also, if you don't get the reference: it's based on the Facebook event where everyone arranged to storm Area 51 to "see them aliens".

9. Of course someone commented this

10. The resilience is impressive

i sold my boomtown ticket to get a houghton ticket only for houghton to be cancelled the morning before it started pic.twitter.com/Mlkzst1Hji

13. The drug dealers have been severely affected

Houghton Festival cancelled on the day. Power to the part time dealers who wanted to make a quick buck and now have 200grams of MDMA with nowhere to sell it.

Gutted About boardmasters But at least someone was nice enough to sell me their houghton ticket half price! Faith in humanity restored!

FYI. Just asked mum. We’re allowed to throw a party! It’s not Houghton size but we can squeeze some folks in here. Let’s do do this! pic.twitter.com/wHt0iO7LDi

Houghton festival, more like a HoughTON of unnecessary stress and anxiety

Any artists who had to cancel at Houghton fancy coming to play in Leeds tomorrow? We'll give u a rate good knees up.

20. Some people travelled really far for this, guys

22. We will stop at NOTHING

23. If all else fails: Boomtown

• How to get rid of your rancid festival comedown, drug by drug