Being used by an emotional boy? He’s probably a Humpty Dumpty

He wants you to fix him

We all know the time old tale of Humpty Dumpty. He sat on a wall, he had a great fall and then no one could put him together again.

But fast forward to 2019, Humpty Dumpty has transformed into a broken, seemingly emotionally intelligent boy who expects you to pick him up and put him back together again. He comes across as open because he's really into talking about emotions – but only his emotions. Then, when he's "healed" he'll up and leave and you'll never get to reap the fruits of your emotional labour.

In the age of soft bois and woke bois aplenty, Humpty Dumpties are everywhere. At this point you're probably asking yourself what a Humpty Dumpty is, and wondering if you've ever dated one. These are the classic signs you should look out for:

At first he seems really in touch with his emotions

From the get-go he's been really open with you. It feels like a breath of fresh air at first. Finally, a man who's in touch with his feelings. This must be a good sign, surely? It must mean that he's emotionally intelligent, right? Wrong.

Really all he wants to do it offload his baggage onto you, have you "fix" him and nurture him until he's ready to leave. By the time you've put enough emotional energy into taking care of him, he'll only associate you with that "dark" or "transformational" time in his life and want to move on.

Over time you'll realise he's a taker, not a giver

At the start, you'll think things are going really well because he's so open and exposed with you. You might even think that you're both giving and taking equally, because you're so unused to a guy being this emotionally vulnerable in front of you.

But little by little, without even realising it, he'll end up taking more. He only ever wants to talk about him, and when the conversation turns to you he'll be noticeably less interested or find a way to spin it back to his own issues.

Once you pick up on this, you'll finally start to see him for what he really is: a big Humpty Dumpty.

He'll never get therapy even though he definitely needs it

Arguably everybody needs therapy, but these boys especially. They have legitimate issues and yet they'll never seek professional help. Instead they use the women in their lives as their therapists.

If you ever advise him that therapy could be helpful, he'll playfully say "Nah, that's what I've got you for!" without realising how fucked up that actually is. 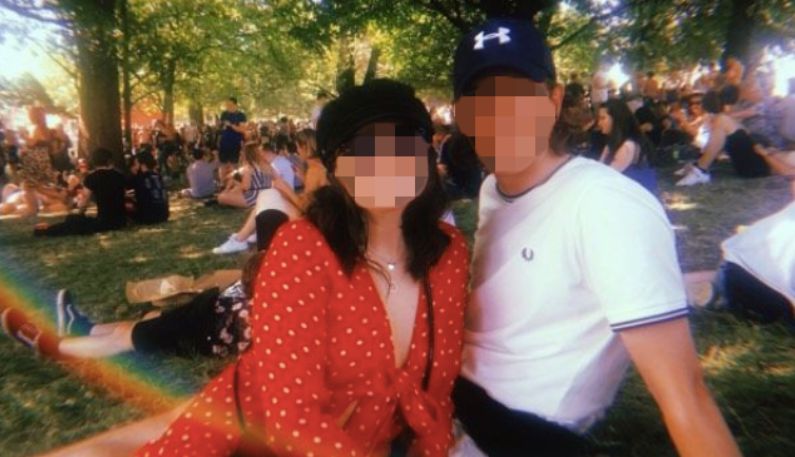 He has an excuse for everything, mainly because using his past is a failsafe get out of jail free card. Every time you raise a small issue about his messed up behaviour he'll twist it back to his past and play the pity card because he's "damaged". Which obviously means he's incapable of any wrong doing!

It could never be his fault, it's the fault of the things that have happened to him. Because taking responsibility just isn't in Humpty Dumpty's nature.

He might start off as seemingly open, but he'll become distant once he gets what he wants from you. All those deep chats and time helping him through things he's "never told anyone before" and then he'll instantly loses interest.

He'll up and leave with no warning, will almost definitely ghost or haunt you, and you'll have no idea if he has actually "healed" at all. He could go on to be a better man, with you getting no benefit from all your hard work, or he could immediately Humpty Dumpty another girl.

The best thing you can do is not let yourself fall for it. Maybe you feel like you could be the person to "fix" him, but no relationship is healthy when it's that one sided.

• If horoscopes had their own Tinder bios, this is exactly what they would be

• How to deal with new relationship anxiety, because it can be scary af