This is what the dumped Love Islanders are up to now

Selling their soul for cookie dough flavoured tea of course

After such a long (or short, sorry Callum) time inside the villa, life on the outside after being dumped from the island can seem scary. What could the Islanders possibly do after escaping their quest to find love?

Well, we all know the drill by now. Go on the show, try and find love or at least a strong friend couple – Amber and Ovie for the win – and when dumped ride the wave of sponsored posts and club appearances as long as possible.

So, with just two weeks left until one lucky couple will leave the island with that £50k prize, it's only fair we remember the dumped Islanders and see what they are doing in the outside world right now. 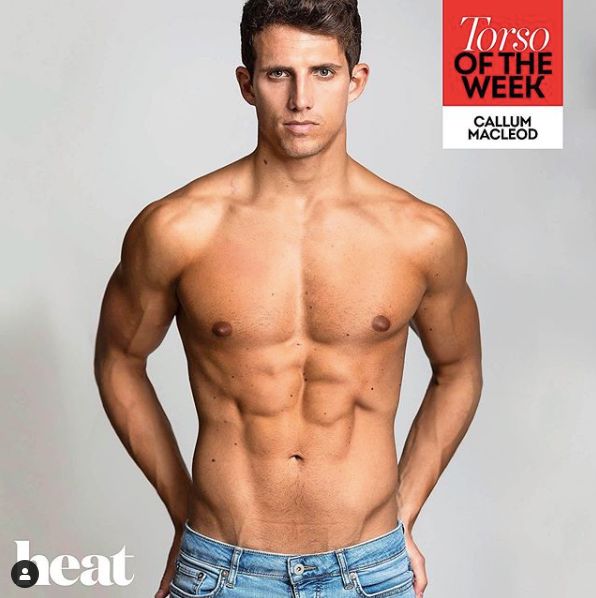 Callum, the Welsh aircraft engineer dumped only five days into the show after failing to find love with Amber, has clearly not gone back to his day job.

Callum appeared on This Morning back in June, revealing that he didn't have to worry about being unemployed as he "has his trade". But for the moment, his Instagram is littered with shirtless modelling pics and sponsored posts for cookie dough tea and chocolate syrup, of all things. 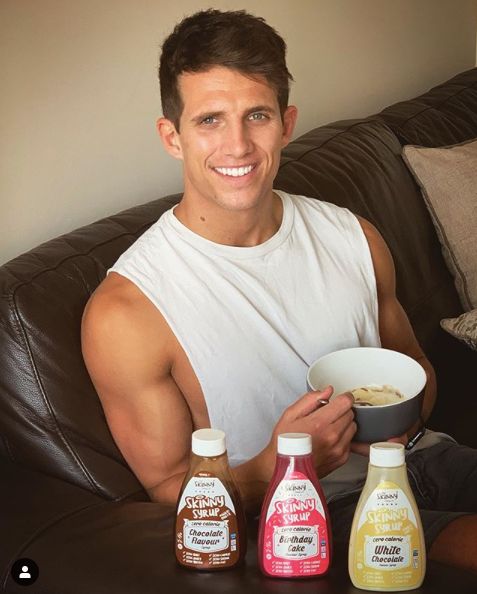 It also seems his love life has only improved since being dumped, with Callum and fellow dumpee Elma spotted on a date in late June. He recently told the Evening Standard "we are just chilling." 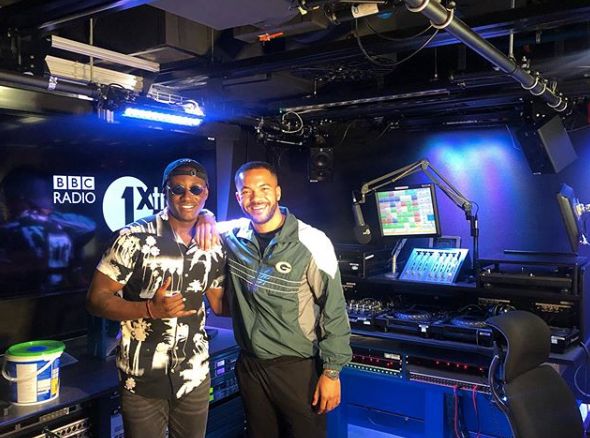 Oh Sherif. He was ejected from the villa only two days after Callum for "breaking the rules", however it doesn't look like this has stopped him at all.

He appeared on BBC 1xtra 10 days after being booted off the island, and is also plugging the chocolate syrup with Callum. Let's also not forget the cringy car freshener ad. 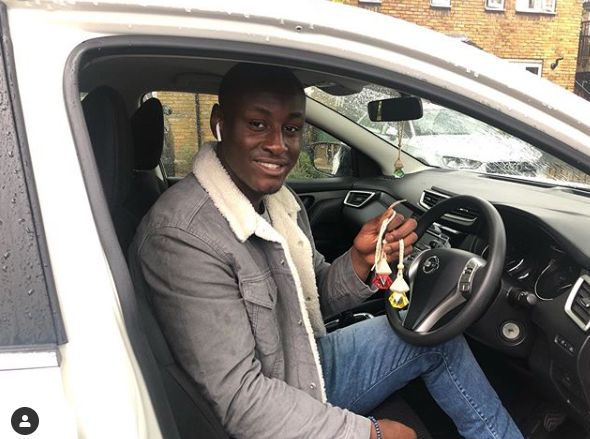 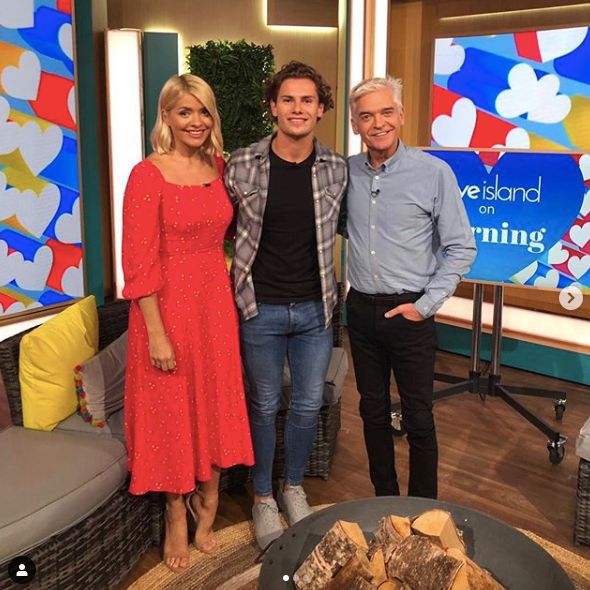 Dumped on day 16, Joe's exit was highly controversial due to his 'controlling' relationship with Lucie. So much so he had to be briefed in a safe house immediately after his exit on how to deal with likely abuse in the outside world and his post-dumping interview was cancelled.

However, that isn't slowing him down. Joe has appeared on This Morning to talk about his relationship with Lucie, as well as being interviewed on Capital FM. 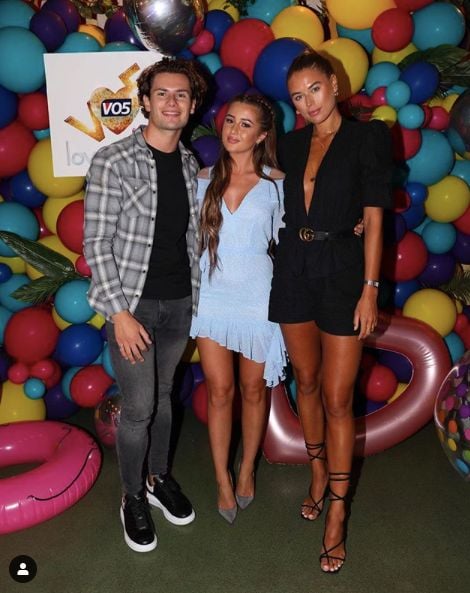 Joe has also been seen hanging out with other Islanders at press events, including Georgia Steel from 2018, alongside his club appearances around the country where is charging one whole pound for a selfie with him!

But perhaps Joe 'the sandwich guy' has actually had the most wholesome life after Love Island so far, becoming an uncle over the last week. 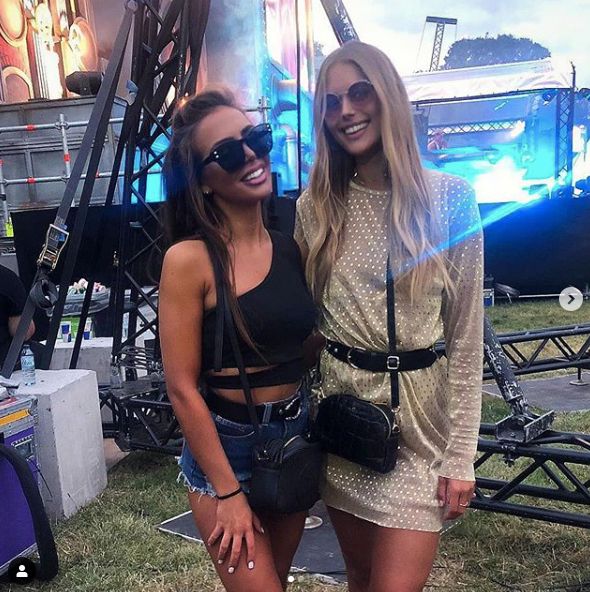 Since leaving the island the same night as Joe, Elma, who lied about being 23 on the show, was interviewed by the Evening Standard, calling all the couples in the villa genuine. Since then, it has been revealed she was hysterical after the Amy and Curtis split.

Elma is full steam ahead with the sponsored posts; not only joining in with the car air freshener but now also posting for Nutribuddy. Cashing in for maintaining that Love Island bod then! 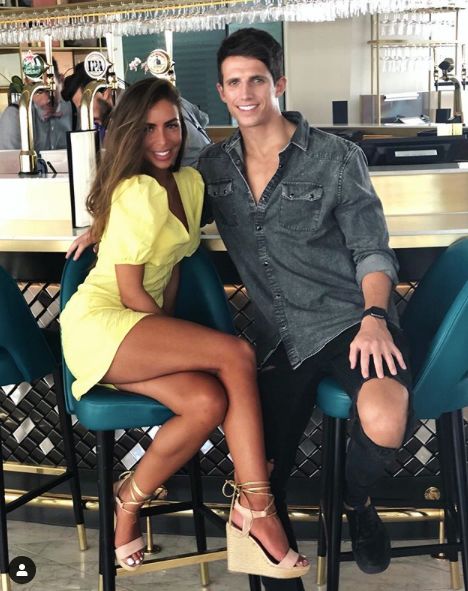 But perhaps most importantly, let's not forget the blossoming romance that seems to be emerging with Week 1 dumpee Callum! 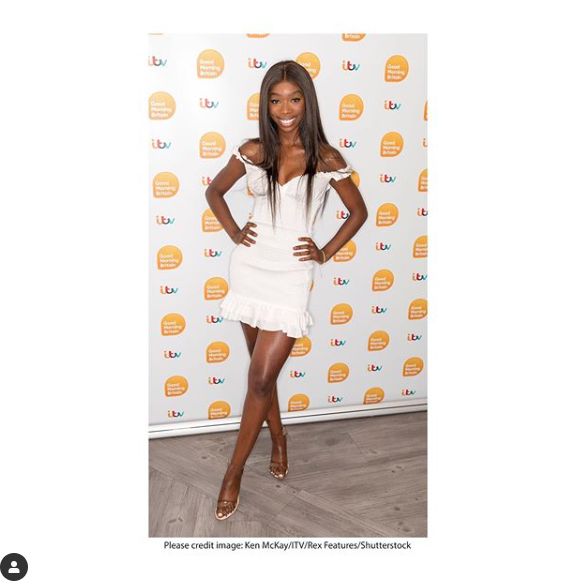 Yewande left the villa after Danny recoupled with Arabella, and since then she has done TV appearances such as Good Morning Britain and Love Island Aftersun.

There is a lack of other islanders from her Instagram feed at the moment, however, in a recent interview with Caroline Flack in Majorca, she revealed she would love to go back in to the villa for Ovie.

Yewande has been very active on Twitter, tweeting alongside the show. She retweeted this video, so she's very clearly Team Amber.

That look of pure joy on Amber's face though. ? #LoveIsland pic.twitter.com/J5mZUbDlT8 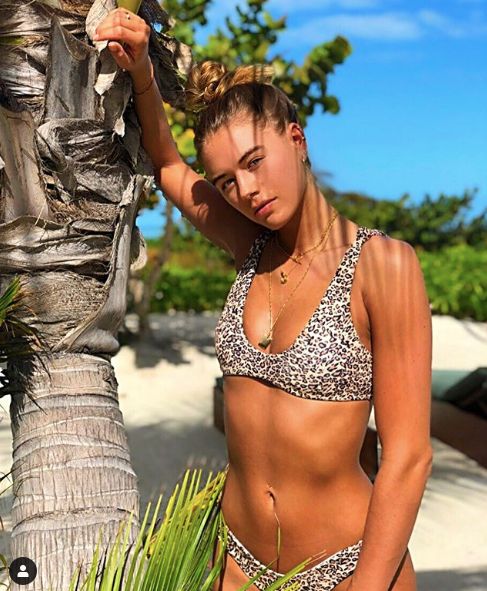 Arabella surprisingly only has 342k followers, far from the highest of the islanders. Since being voted out by fellow islanders she has posted several sponsored posts, including jewellery and a couple of give aways. All showcasing her model looks and posing abilities obvs. Of course, there is also the work out regime coming soon! 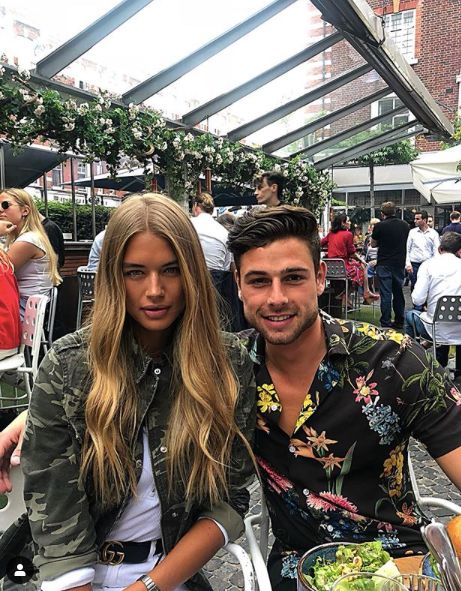 There have been rumours of Arabella and Tom Walker returning to the villa as a couple after they were spotted together in Majorca. But while this has been shut down, there is the possibility that the pair are getting cosy, as they were "inseparable" on the show and have been "all over each other." New romance on the cards? 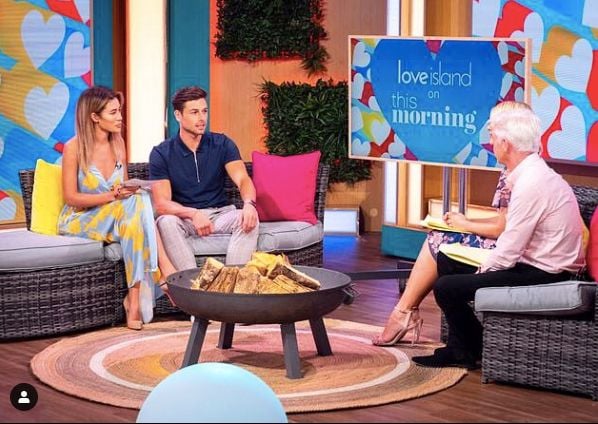 After being dumped from the island with Arabella, Tom has appeared on This Morning with Montana Brown from Love Island 2017, as well as doing a lot of press with Arabella, such as the Love Island podcast The Morning After and Heat's Under the Duvet.

There are the rumours circulating about Tom and Arabella, but apart from that he appears to just be reuniting with friends from home. Nice one. 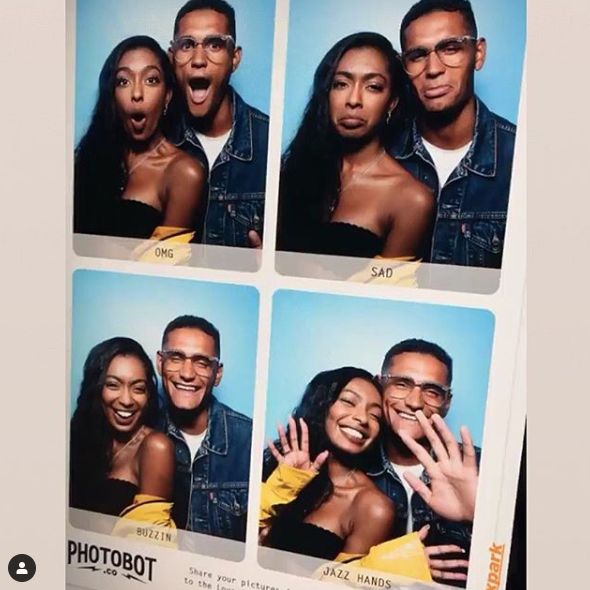 Danny left the villa with Jourdan last week and, while they had only known each other a few days, they seem to have solidified their relationship since.

They have revealed they are dating but fans are not convinced. This comes after their appearance on Aftersun which viewers found forced. I guess time will only tell whether they stay together or if history will repeat itself.

His Instagram also showcases his return to modelling, joining other dumpees with giveaways through the obligatory shirtless pic. 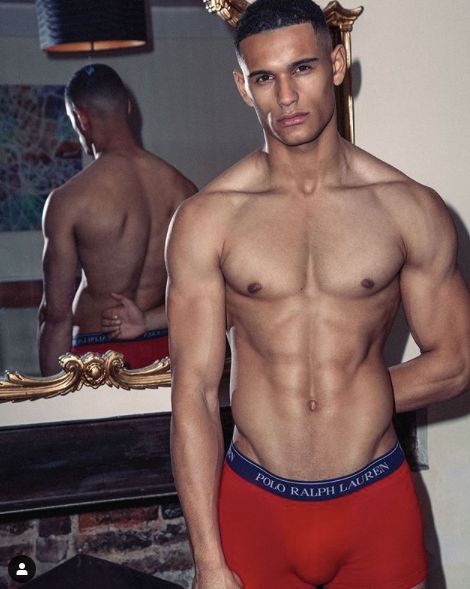 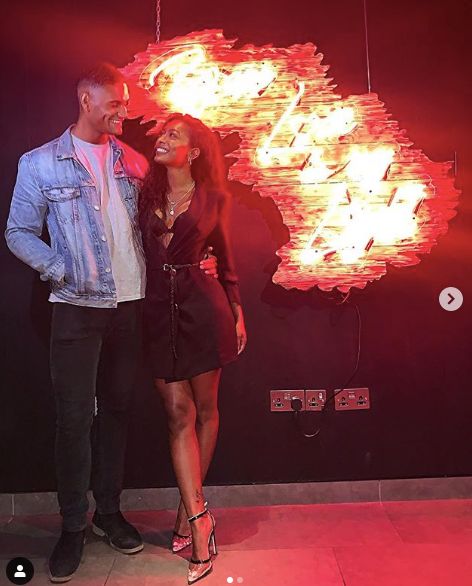 Jourdan left the villa with Danny after being voted the least favourite couple, and their relationship has seemingly only become stronger. Despite only knowing each other for about a week, they have already met each other's families and Jourdan confronted Danny on their relationship status during their appearance on Lorraine. To which Danny had very little to say, so watch this space. 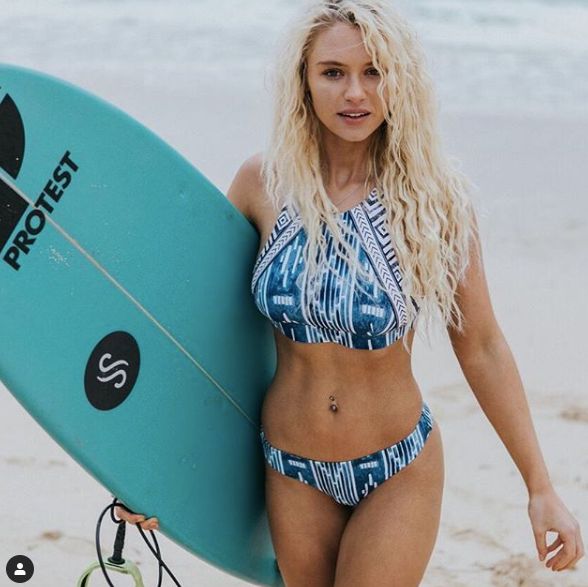 Lucie was part of the other couple chosen to be booted off the island after Jourdan and Danny last week. She has the most followers of all the dumped islanders at 1.3m and appeared on This Morning yesterday with Love Island alumnus Kem Cetinay. 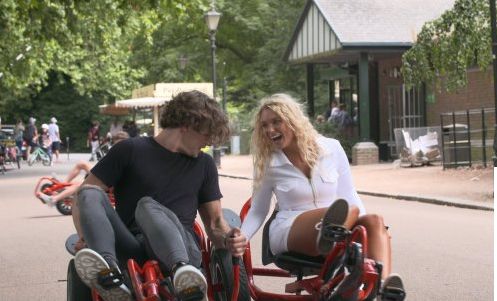 Getting up close and personal (Picture: ITV2)

She has also been reunited with Joe! You would think this would make for an awkward encounter after she confessed her crush on Tommy and recoupled with George. While they were all-smiles on a go-karting date in a park, Lucie has reportedly said she is taking a step back from Joe. Maybe there won't be a recoupling here after all. 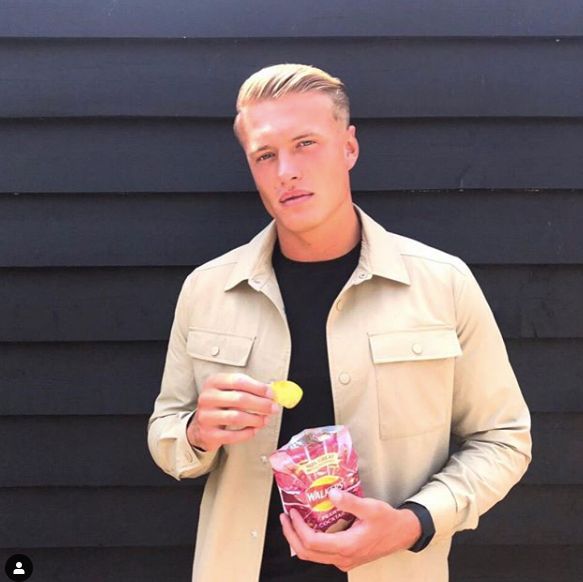 In a couple with Lucie, George was also dumped last week. Coming in as a new boy in Casa Amor, unfortunately we never really saw much about him, with a common complaint from Lucie being that he doesn't speak enough. He famously asked "what's your favourite snack", so the obvious follow up after being dumped is being sponsored by Walkers. Obviously. 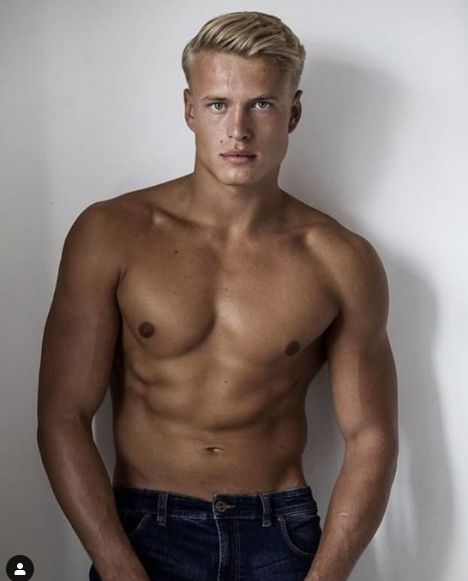 The builder has clearly been picked up on his good looks as he takes "a day off from the building site" for some shirtless modelling. But perhaps most notable after the villa was his comment on Aftersun, with Caroline asking why he chose Lucie. His reply? She's fit and "she's got big boobs", of course.

Amy was saved by the other islanders in her couple with Curtis, however after their disastrous breakup causing her need for therapy, she decided it would be best to leave the villa. 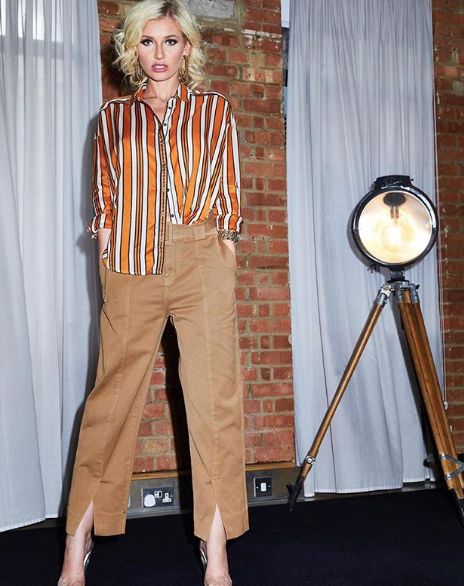 Despite only being out for less than a week, Amy has come out with a bang. Debuting a hot new hairstyle in the form of a bob, she has already done a shoot with OK! mag about her experience inside the villa. Considering her recent drama with Curtis Pritchard, who's mum wants to give Amy a hug after the heartbreak he caused, Amy will only gain popularity after leaving the villa in such a mature way. 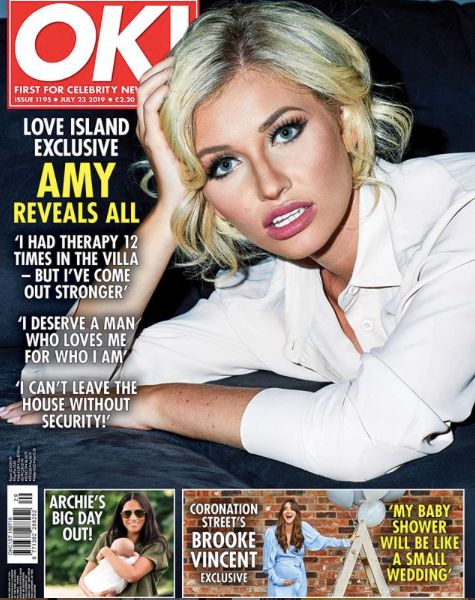 Her appearance on Aftersun has already made headlines as she appears to flirt with Curtis' brother, AJ, another guest on the show. But it seems she already has her eye on finding another love, as she has allegedly signed up to Celebs Go Dating. So we can continue keeping up with Amy's romantic life as religiously as we have for the past 6 weeks. 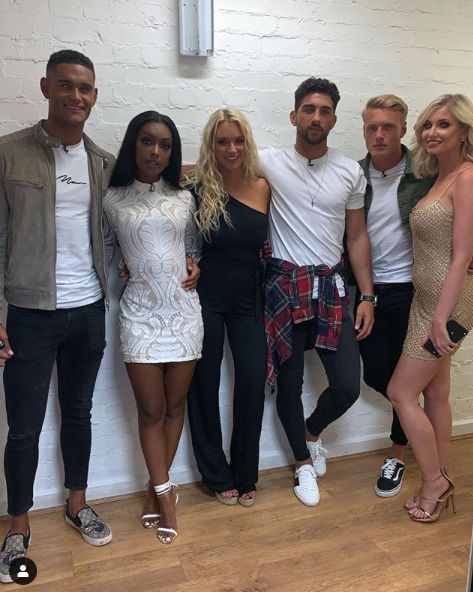 With a tiny 46k Instagram followers, Marvin was dumped late last week after Maura chose to recouple with new boy Chris Taylor. Since then he has slammed her on Aftersun, calling her out for liking "anything that moves". Harsh coming from the one boy who she clearly doesn't like… 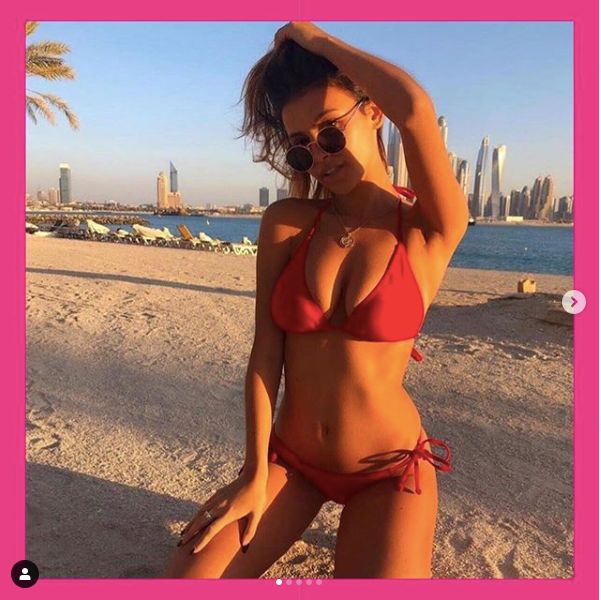 Joanna was sadly voted out last night by fellow islanders, and controversially called Michael a 'snake' for not leaving with her. Will they stay together when Michael leaves the villa?