WHO WAS THE AMERICAN BEHIND THE OTHER DOOR?!

Stranger Things 3 may have only been released on Netflix at the start of the month, but most of us have already binged the entire season. After a 15 minute tear sesh during the final episode, everyone is talking about the same thing. THAT Stranger Things 3 end credit scene.

It has left us all with so many questions and theories. Who was behind the door?? Who is the American?? WHAT IS HAPPENING?!

Here are all the theories about the Stranger Things 3 end credit scene and what it could mean for the next season.

What happened in the Stranger Things 3 end credit scene?

At the end of the final episode of Stranger Things 3 we are taken to a scary looking base in Kamchatka, Russia. Two prisoners and a Demogorgon are being held there, and we see two guards on their way to fetch a prisoner. 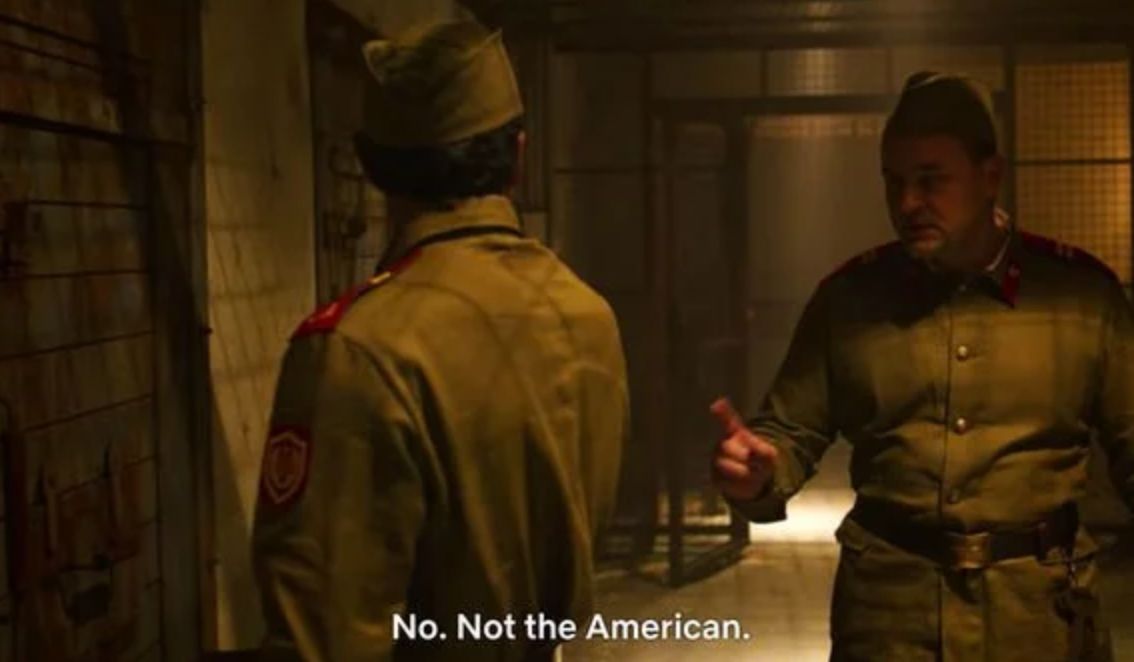 One of the guards approaches a door, and the other says "No. Not the American." He then approaches another door, opens it and takes out another prisoner who is begging for them not to take him. This prisoner is taken to another room where he left alone with a Demogorgon. It kills him, of course. 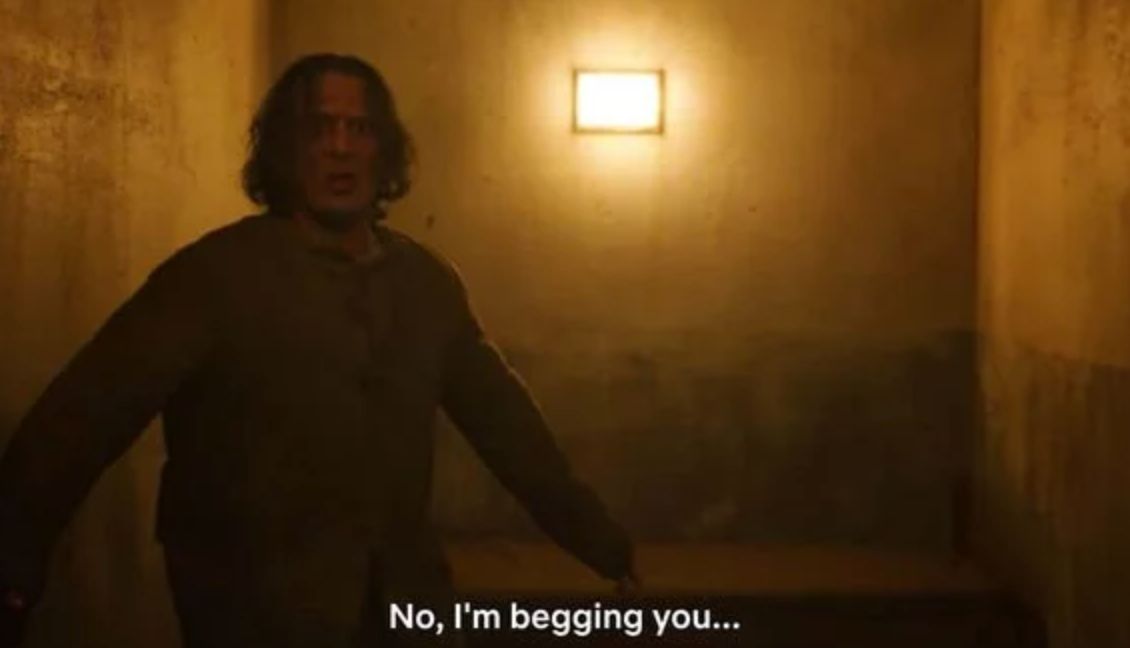 The prisoner behind the door

The Stranger Things 3 end credit scene has got everyone thinking the same thing. Who is the American the guard didn't go for??? Is it Hopper?!

Who is the prisoner in the Stranger Things 3 end credit scene?

The prisoner who is lead out by the guards is the Russian that had been working alongside Alexei in the Hess house. RIP. Who was 'the American' behind the other door?

The two most common theories about who the American behind the other door is are that it's Brenner or Hopper. Here are all the theories:

Could the American be Hopper? Is he really dead?

There are lots of theories that claim the American behind the first door is Hopper, and he is in fact still alive.

In an interview, David Harbour who plays Hopper hinted himself that it could be Hopper behind the door. According to the interviewer he said that’s the most likely scenario because throughout the season the main Russian baddie refers to Hopper as "the American", and having another Russian refer to the mysterious prisoner in the same way was the big giveaway.

One Reddit theorist believes it's Hopper, saying: "He's not in the Upside Down or dead. In the last scene in Russia, the Russian guards go to the jail cells and one guard goes to open the first cell and the guard says 'not the American'. They proceed to grab the Russian guy. The 'American' is Hopper. In the end that machine didn't vaporise people, it teleports them. Hopper was teleported to Russia. Along with all the other staff that were no where to be found when the US military raided the compound."

Another user is convinced it's Hopper behind the door. They said: "Hopper is still alive. Who else would the Russians be referring to as 'the American'? Hop was referred to as the American most of the season.

"There are a few possibilities of how he is still alive. He could have made it out of the room while Joyce reached for the keys. His 'death' wasn't shown on screen while the other Russians in the room were turned to dust. Then he was captured by the Russians as they fled.

"Another possibility is that somehow he ended up in the Upside Down as the machine was blowing up. He was right next to the crack which caused him to be sucked in. At some point the Russians figure out a way to open their own crack to the Upside Down. This explains how they have a Demogorgon. While in the Upside Down they find Hopper and bring him back with them."

The American could also be Brenner

As a number of fans have also pointed out, it's also completely plausible the American is Brenner being held by the Russians. That would explain how the Russians knew about access to the Upside Down beneath Hawkins, and it would explain where Brenner has been for the past few years.

One user replied: "I really hope it’s Hopper but I have the feeling it might be Brenner." Another agreed saying: "Personally I hope the American is Brenner." 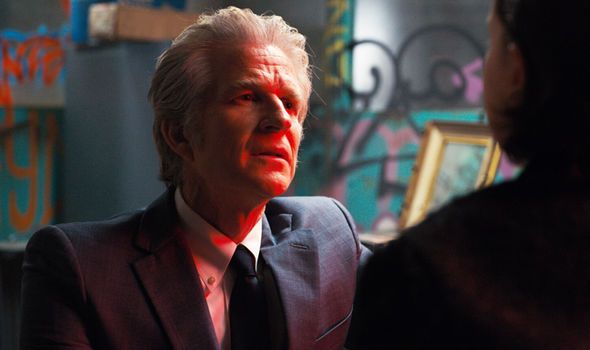 Brenner in Stranger Things on Netflix

Another Reddit user replied a theories thread saying: "It would make sense for it to be Brenner but I’m not so sure. The way they complied the shots after Hopper supposedly got liquified was rather off.

"Like if he’s really gone why would they cut to the rails where he was, and then again to the same spot a couple more times after it has been shown that he’s gone other than to sort of say, 'HEY LOOK, THERES NOTHING THERE' with a wink wink nudge nudge. Also no Hopper juice on those railings btw. Idk that’s just my way of looking at it."

The replies to this theory said: "Thats my thinking also. Although if it is him, it seems like the US military would have found him instead of the Russians. I thought the end credits would be Hopper in the Upside Down." And: "If I recall, there was a lot of body and uniform left of the people who got vaporised. Not so with Hopper. Totally agree that he jumped ship."

Other theories say the American is Kali

Other theories say Kali could be the American. Hear me out with this one. 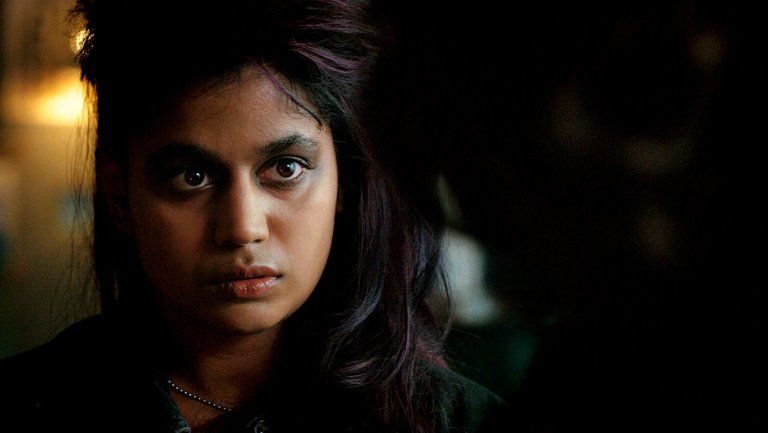 Kali in Stranger Things on Netflix

One theory goes DEEP into why Kali (or number Eight) could be the American. Kali is one of the other children that was experimented on alongside Eleven. It would make sense the Russians could've kidnapped them to work on their plans. The theory says, amongst other things: "I posit they [the Russians] secured their own super-human — the only one other than Eleven we know to be alive is Kali. Kali is an American.

"We take from the brief exchange between the guards that the American is known and 'special.' Kali fits this in three ways: She is special in a useful sense to the Soviets as a super-human 'key' to the gate and/or future gates.

"She is also special as she is potentially useful as a last resort in combatting the denizens of the Upside Down should they get loose. Lastly, she is also special in a dangerous sense if SHE got loose. Thus, she is locked away as much to prevent her escape as to protect the staff of the facility.

"It’s a way to redeem a seemingly important character who the fans didn’t exactly embrace, but who the show runners really seemed to emphasise in S2. We’ve had a season to forget about her and she could still be a critical piece of the show mythology that can be redeemed. Her absence in S3 gives the writers tremendous flexibility to re-deploy her character however they need to."

Or wait, could it be Barb?! 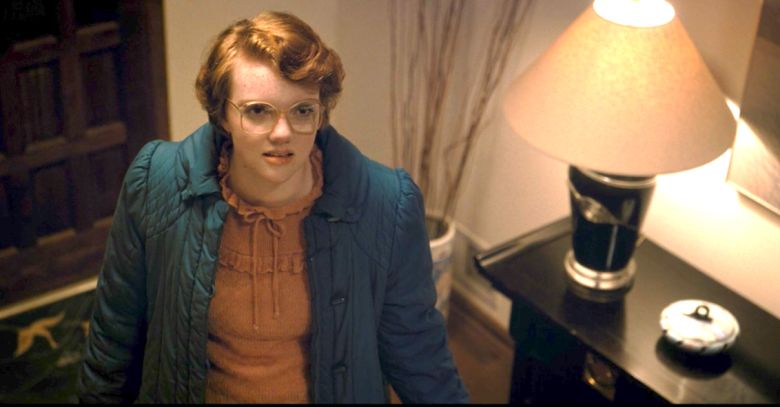 Barb in Stranger Things on Netflix

A further theory says Barb could be the American. Everyone was heartbroken when Barb died in season one. BUT what if she was actually put in the prison by Dr. Brenner, who created a fake dead body of Barb and placed it in the Upside Down, just like he did for Will in the quarry? ?

What does the Stranger Things 3 end credit scene mean for season 4?

It could mean that Hawkins is set for a huge battle in season 4 of Stranger Things filled with super-powered up Demogorgons. The ending makes it look like the Russians are collecting Demogorgons which may be for some sort of military purpose. This could be explored in season 4.

• Quiz: Which Stranger Things character are you?